This mod will evolve your Max Payne 2 experience to a whole new level, one step closer to its successor Max Payne 3. With new models, weapons, animations, graphic effects, sounds, particles, and so on this mod will improve your good old Max Payne 2 to make it shine again in the next generation gaming.

Hy guys! I'm finally proud to release the Enhanced Edition of my Payne Evolution mod! It's been a looong time I know, but real life hit me hard and I had to prioritize things making difficult choices, sadly I was forced to miss several release dates that I had internally planned, but now everything has settled well and I'm finally able to give you the most polished version of my mod, with the best and most requested enhancements, everything while still struggling with the 15 years old Max Payne 2 engine. :D

HERE'S A QUICK OVERVIEW OF THE MAIN ENHANCEMENTS: 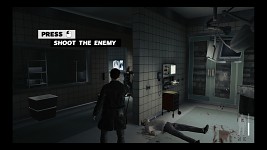 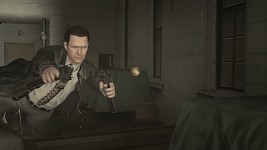 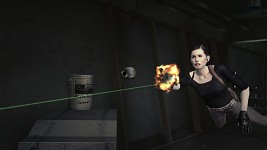 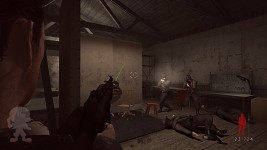 Learn more about Payne Evolution and The Silver with this interview by Chicago Enigma on RockstarNetwork.net

The Payne Evolution Mod for Max Payne 2 created by The Silver is RELEASED.

If you have any question regarding the Payne Evolution mod please check this article first.

This article covers all the aspects of the weapons featured in the mod, their unique stats like damage ROF accuracy etc, the new caliber penetration stats...

This is the newest Widescreen Fix for the Payne Evolution mod, it's already included in the latest Enhanced Edition, this is a separate download for people...

This mod will evolve your Max Payne 2 experience to a whole new level, one step closer to its successor Max Payne 3. The aim of this mod is to combine...

This is the torrent of the Full version 1.03 of the Payne Evolution Mod, so you can download it with your torrent client, without having to rely on your...

Payne Evolution mod patch 1.03 made to fix the most common crashes.

This mod will evolve your Max Payne 2 experience to a whole new level, one step closer to its successor Max Payne 3. The aim of this mod is to combine...

Tried to get this mod working. Can get MP2 itself as well as other mods, including Payne Effects 3, working here, but when I have the Evolution files in the game directory, the menu to choose customized game doesn't even pop up and it seems the program crashes. Is there any reason this would happen?

EDIT: It was the widescreen fix. Once I removed the files for that, d3d9.dll and the scripts folder, it worked properly.

The mod is pretty darn cool. I am running into an issue with choosing certain missions. Trying to choose a mission from Aesir Chronicles results in a crash, and it's done that with that mission and one other mod in the pack. Some weird error about going to your options and saying to downgrade your settings when they're on default (with AA turned off). Idk why it's acting up.

I am trying to get the big revolver, but the "gets&w" and "gets&wmodel20;" command does not work, while the "getmodel20" works, but doesn't appear in my inventory regardless.

You should replace beretta with pt92, not m1911

Is there any way to disable the bullet camera on headshots? It literally triggers on almost every headshot making bullet time useless because once you get the bullet cutscene it kinda cancels out your bullet time and in case of jump dodges it ends with you on the ground vulnerable, also it's very annoying having to watch the cutscene after every kill

Just downloaded this mod earlier today and was curious on how you accessed the John Wick skin? Do you use a cheat code or is it a certain gamemode??

I'm surprised at the things you were able to do with the Original Engine, and how you were able to get a functioning bullet time system and gun handling system like that of Max Payne 3. I like the little things in the mod, like how you can drink bottles of Kong Scotch and have that 'drunk' effect. Also how Max has periodical flashbacks in certain situations. The "Dead man Walking" feels just like Arcade mode in MP3, and that you took bits from other mods you made like Payne Effects 3 and Max Payne…

A Path Never Was Max Payne 2