PLAYERUNKNOWN’s Battle Royale is an extreme survival mod that plunges players into a bloody last man standing game-mode, with one chance to win. Based on the book/movie ‘Battle Royale’, this mod provides a unique gameplay experience.

The rules are simple. There can be only one winner.

Everyone else must die!

Concept by PLAYERUNKNOWN (Brendan Greene). Based on the book/film Battle Royale.

Ideas, promotion and mod artwork by lazyink with help from the Twitter community.

My thanks also to all the players, donators, streamers and content creators, without whom we would be nothing. <3

To celebrate this achievement, we spoke to Playerunknown himself – Brendan Greene – as well as ARMA 3 developer Bohemia Interactive about why a mod such as Battle Royale is able to find the success that it has in today’s modding community.

One of the strongest modding scenes in PC gaming today is that of the ARMA community. Not only have two of the most recent runaway successes spawned from those games and their engines, but the people surrounding those mods and others are active and participatory to a highly dedicated degree. But why is that, especially after all these years? For Bohemia Interactive, Petr Kolář - ARMA 3’s Project Lead - and Julien Vida - the game’s Design Lead & Tools Lead – they see several factors contributing to this.

“The ARMA games offer a fairly deep gameplay experience, which already requires more of an investment from people,” they explain, seeing how an audience predisposed to the dedication that modding requires already exists as players of the games themselves. “Additionally, the Arma games have always been built with creativity in mind. There are various content creation tools, such as the built-in 3D Scenario Editor, proprietary software for 3D modelling, an accessible game file structure, and an easy-to-learn scripting language.”

Bohemia also points to the extensive post-release support each ARMA game has enjoyed as being a critical factor that has kept its modding community alive and healthy. However, the developer believes that the most important reason for the success of ARMA mods is simply the modders themselves: “They are always looking to help each other and share their knowledge when our documentation and samples are not sufficient.”

Brendan Greene, AKA Player Unknown, was originally attracted to the ARMA modding scene because of the community’s previous big success: DayZ. “This was the first game that excited me as a player in many years,” he tells us. Through this discovery, Green explored how the ARMA series worked as a platform for other game modes and gameplay experiences, and that the community strongly supported them.

“There is no other moddable game available that allows you the same control ARMA provides its modding community,” he elaborates. “Alongside this, there is a passionate community that is constantly creating new maps, weapons and other assets for use. Battle Royale makes use of both maps and weapons from the community and would be nothing without their work and support!” 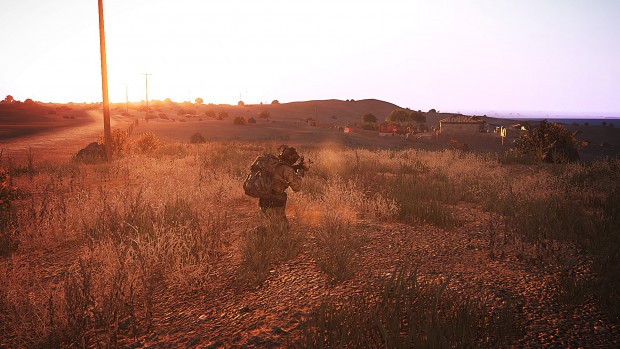 Support for Battle Royale also came from Bohemia, who prides itself on helping grow the modding community and assist their efforts by improving the documentation for its mod tools, and answering questions pertaining to modding publicly so that others may benefit from the knowledge. “In terms of promoting mods,” Bohemia continues, “we feature some of the more prominent ones in our every bi-weekly development blogs (we call them SITREPs), and of course we organized the €500,000 Make Arma Not War content creation contest in the recent past to celebrate ARMA 3 modding.”

Greene elaborates on his own experience with Bohemia’s mod community involvement: “While they can’t show favouritism to individual projects, they have always been there to help promote events, particularly charity-focused ones. They have also listened to our feedback about features needed and when possible tried to fulfil our requests.”

Bohemia doesn’t just get involved in the mod scene after the release of an ARMA game or update, however. The mod scene actually affects the manner in which the developer creates new ARMA content. This is done to ensure that content is backwards compatible with existing mods, where possible. “A good example was the 'firing-from-vehicles' feature introduced with the ARMA 3 Helicopters DLC,” Bohemia elaborates. “We had to implement this in a way that would ensure that the thousands of mods out there would still work, and perhaps even be able to use the new functionality by default.”

To do this, Bohemia has made backwards compatibility part of its official quality assurance and testing process. “That means we always test several of the more popular mods and at least a handful of random smaller ones to see if everything still works as it should be,” they explain. Bohemia also allows modders to test out their mods with upcoming ARMA updates on the development branches of the game, before those updates arrive as official patches on the public branch. 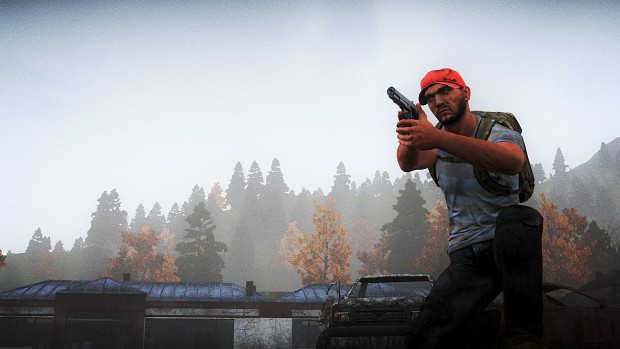 So Bohemia is ready and willing to change to support its mod scene – but how would the developer, and modders like Greene, like to see the mod scene itself change to better support itself? Greene says that he would like to see more originality come out of the modders’ creations – and that he’d like to see the modders compensated for their efforts. “I think it is only right that those that create assets, game-modes and other mods should be rewarded,” he continues, “but how this could be done is subject for much discussion.”

"I think it is only right that those that create assets, game-modes and other mods should be rewarded"

Bohemia wants to let the mod scene prosper by making the mods themselves as accessible as possible. To that end, the developer looks to support for Steam Workshop integration, and tools such as the ARMA 3 launcher. But making mods easy to install is only half the battle – some work still needs to be done on the discoverability side, citing mod databases such as ModDB as filling that role. “We know that finding a fitting mod can be a challenge, and while Steam Workshop is great at mod distribution, it's not always ideal as a mod catalog.” 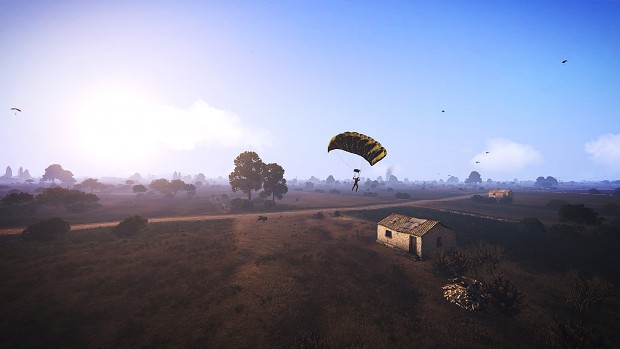 Making mods easy to find and play is the first step toward growing the mod scene overall, just as Greene found when he was inspired to create mods after playing DayZ. Greene, however, doesn’t think that you should get into modding to “become the next breakout star”, but rather that you should simply make something you want to play. “If you are passionate about your project, and are willing to put in the hours, others will see that, and be more willing to help,” he adds. 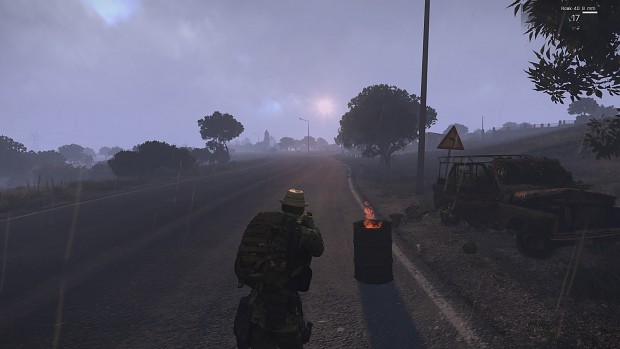 Bohemia parts with advice for up and coming amateur modders that they may not expect: “While you might possibly already know Arma 3 quite well, I would recommend you to start with Bohemia's new game, Ylands,” they say. “Underneath its cheerful appearance, Ylands is a true Bohemia game offering a deep sandbox experience with lots of user-friendly content creation tools. It's also made in Unity, which might make it easier for people to get into.”

Thanks to Bohemia and Brendan Green for taking the time to speak to us, and congratulations to Playerunknown’s Battle Royale – another great mod to come out of the ARMA community – for its addition to the Mod Hall of Fame!

Awarding a total of €500,000 in cash prizes, plus the Health Care in Danger Special Award, here are the winners in Bohemia Interactive's Make Arma Not...

Here's our picks for the best and upcomming mods of 2014.

Welcome to the return of our feature modding spotlight! Join us as we discuss major new releases and chat with developers about their projects.

PLAYERUNKNOWN’s Battle Royale is an extreme survival game-mode that plunges players into fast paced, last man standing matches, with one chance to win...

PLAYERUNKNOWN's Battle Royale is an extreme survival mod that plunges players into a bloody last man standing game-mode, with one chance to win. Based...

The original battle for chicken dinner where 100 start and only 1 survives.

Is this availbale to play in singplayer?

can i play this mod in offline against bots??

If I dont own the game.And I download the full version here.Does it include the game aswel?

Hey, no it doesn't work like that. The "Full Version" only means it's the Full Version of the mod. Not mod and game

Anyone know how to fix the corrupted Wake island file? Can't join any wake island server..

Tips and tricks in this video will greatly help anyone who wants to up their chances in winning in Battle Royale!

Hey, i'm downloading right now (was interested for long and now that it's on top 3 i'm feeling I just need it) and I have a question :
Can I continue playing normal games (or even with other modules like ALiVE ) with PUBattleRoyal activated in the extensions settings (since it's a @mod I assume i need to activate it this way).

Thanks for the answer and sorry for my english

If you join via our server list it will auto-enable the mod for you. You can't have any other mods enabled joining BR servers.

So intense from start to finish. Whether you are attempting to find a weapon, rushing to get in the blue circle or camping in the circle trying not to be found while you hunt down others. Great mod!