The new version is here! The full list of changes will be posted in an article shortly.

- Soul Piercing Arrow effect duration increased from 3s to 5s. The affected target will be on Idle Injured animation when hit by this ability.

- Reversal of Fortune is now a 100% chance innate ability. Every time Tao is attacked by melee, he restores 5 health and deals 10 blunt damage to the attacker.

- Added Innate Ability - Poison Gas - whenever Shinja attacks, he releases a Poison Gas that deals 20 magic damage per second to every one under it. (It is the same Poison Gas in Grayback's Journey minus the exploding effect when hit by fire and explosive attacks due to suspected bug interaction with disabling abilities).

- Changed the application of effect of Pleasure and Pain from On Hit (by anything) to On Hit by Melee due to a bugged interaction with Teppo's Rocket Explosion Innate Ability.

- Temporarily removed disabling orders to units affected by the innate ability due to bugs occurring where the duration lasts longer than intended.

- Added Innate Ability - Prisoner of Time - every time Issyl attacks a target, the target gets all animation speed reduced by 10% per hit (up to 100%). Each stack lasts 10s.

- Reduced the duration of slow on enemies in the target location of Koril's Teleport from 15s to 10s.

- Added Innate Ability - Stoneman Bash - 20% chance to summon stone man on targets surrounding Soban whenever he gets hit by a melee attack. Stone man deal 50 blunt damage to the target (the damage is not area of effect)

- Temporarily removed disabling orders to units affected by the innate ability Prisoner of Ice due to bugs occurring where the duration lasts longer than intended.

- Changed the application of effect of Prisoner of Ice from On Hit (by anything) to On Hit by Melee due to a bugged interaction with Teppo's Rocket Explosion Innate Ability.

- Redistributed the damage values from explosive + magic to explosive, magic, fire, and piercing due to it being too strong against Tier 3 units (which are unfortunately the most commonly weak against explosive and magic damages).

- Increased area of effect of Lightning from 1 to 3.

- Added an 'intimidated' effect on targets hit by Zymeth's lightning; their damage are decreased by 50% for 10s.

- Heavy Rain battle gear is now a toggleable skill that calls rain and gives Zymeth double damage while the ability is active. His attacks while using this skill also burns buildings. Continually drains stamina while active.

- Modified Gaihla's battle gear Chant of Life. Restores allies health and stamina by 30%. Entangles nearby enemies and drains their health by 5% while transferring the same percentage to allies per second. Lasts 5s. 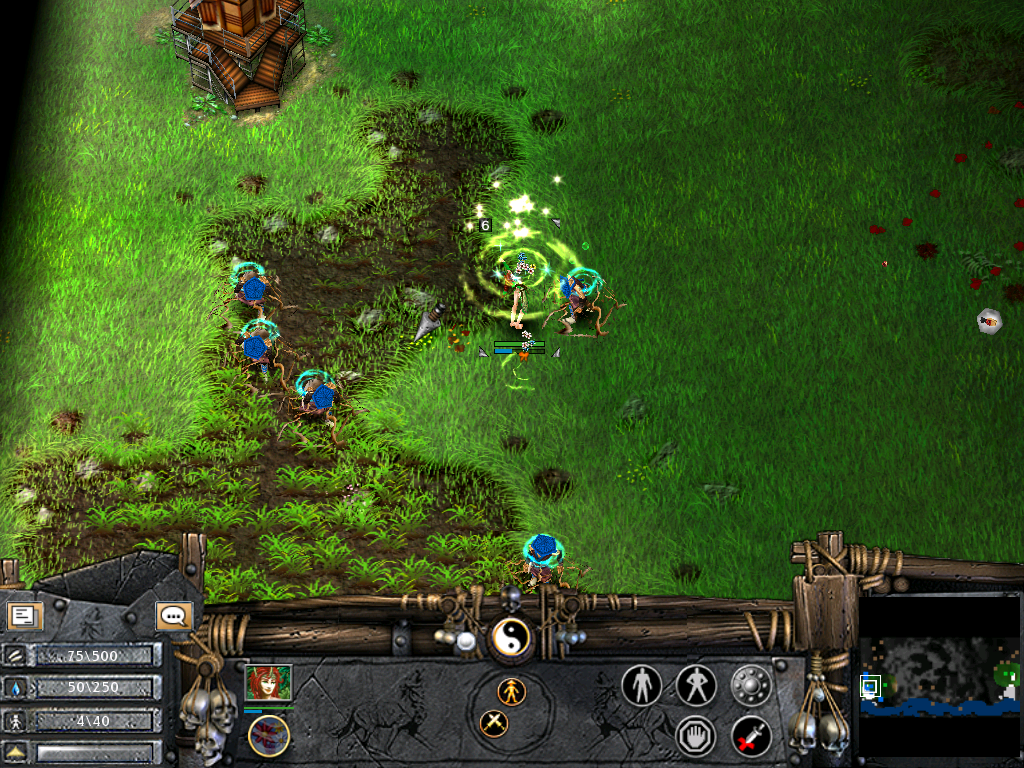 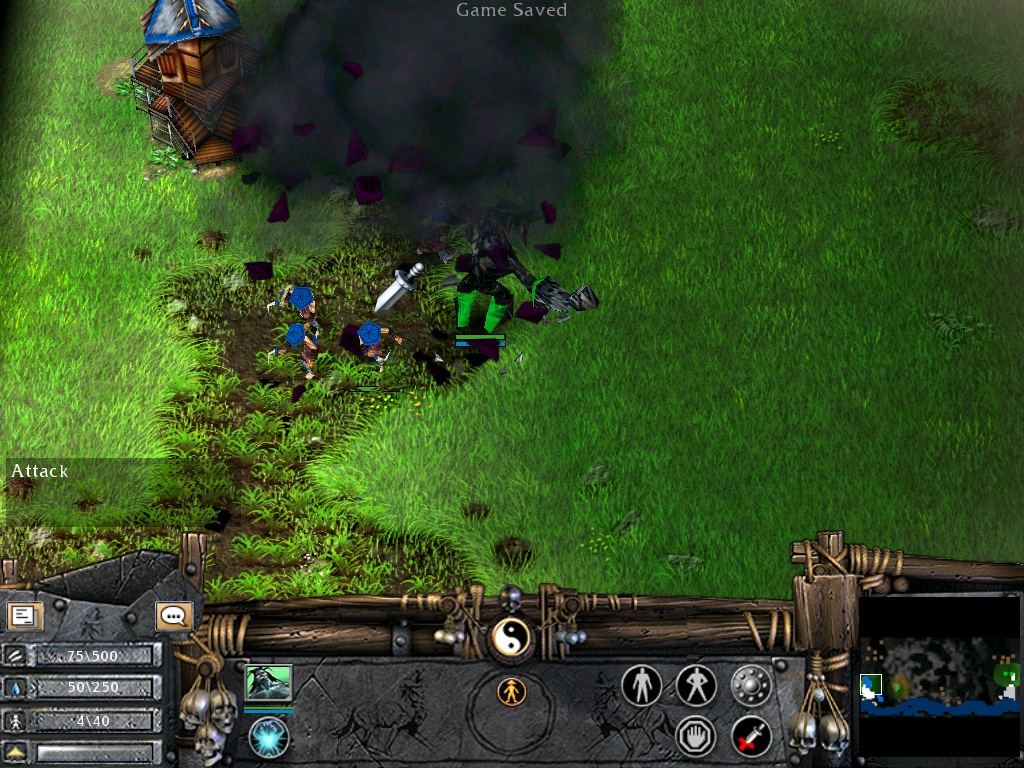 - Guardian is now the one with default battle gear upon training instead of Chakram Maiden. Adjusted their cost and training time accordingly.

- Replaced Enforcer's battle gear Call Reinforcement with Supply Arms. Acquires 6 charges to be used on an ally. The target ally will gain its specific battle gear from the Metal Shop. (ex. Swordman will acquire Glass Sword).

- Added a visual effect on the Swordsman and the target hit by Glass Sword.

- Glass Sword now deals 100 piercing and 50 cutting damage to heroes (because the latter cannot die from this skill).

- Increased Staff Adept's weapon damage area of effect from 2 to 2.5.

- Removed the area of effect on Master Warlock's Life Drain innate ability. Increased the damage from 10 to 40 magical damage.

- Removed the area of effect on Overseer's Dominate innate ability.

- Removed the specific unit restriction on Dryad's Summon Wolf Totem ability. Any ally inside the range are now affected.

- Lessen the inheritance from Tier 1 to Tier 3 techniques, to just the preceding tier (example Tier 3 units now only inherit Tier 2 techniques) due to visual bugs.

- Gaihla's entangle ability may last longer than it should (5 seconds).

- Utara and Yvaine innate abilities may last longer than it should (1.5 and 2 seconds).

- Guardian's Guard battle gear will heal 300 health instead of removing it from the Guardian if the player purchase all the health increasing techniques that affects the Guardian.

- Murderous Intent technique button appearing on units that are not affected by it when all techniques (including horse's) are purchased, and an Enforcer rides a horse. (The button is clickable but nothing happens, and will disappear once you deselect the unit that showed the button).

Added Innate abilities to some heroes Increased range of the area of effect battle gears Inherited Techniques Horse summoning unit for all clans.

In the span of 1 week there were so many changes that I might not be able to list them as detailed as compared to the one with the release. Highlights...

Higher Health for all units and buildings, protagonists of each clan have adjusted stats, WOTW units more viable.

To install, make a backup of your original Battle Realms.dat file. Unzip the attached file and copy and paste it into your Battle Realms folder.

is it work for steam?

what happen to Reaper, i can't train him in Flesh Crucible...

Fixing the time bugs related to skills was harder than I thought.
I was initially planning to slowly integrate the changes from scratch to determine the cause, but it looks like every single thing I change, causes the bug to occur.
This would mean I either give up on trying or remove the changes that I already introduced.

Prolly give up on trying, the development team that released the steam version of the game are still trying to fix the bugs up to now sooo yeah. I think it's a hopeless cause to try to fix the bugs.

I have decided to remake the mod from scratch to work with the bugs. With the speed of the update until now I must admit I haven't fully tested all the changes as I assumed once it worked, it will always work. That won't be the case on this planned remake. I will take time in testing but that would also mean that will be no updates for a long time. See you!