FOC Alliance-Star Wars from the Clone Wars to GCE 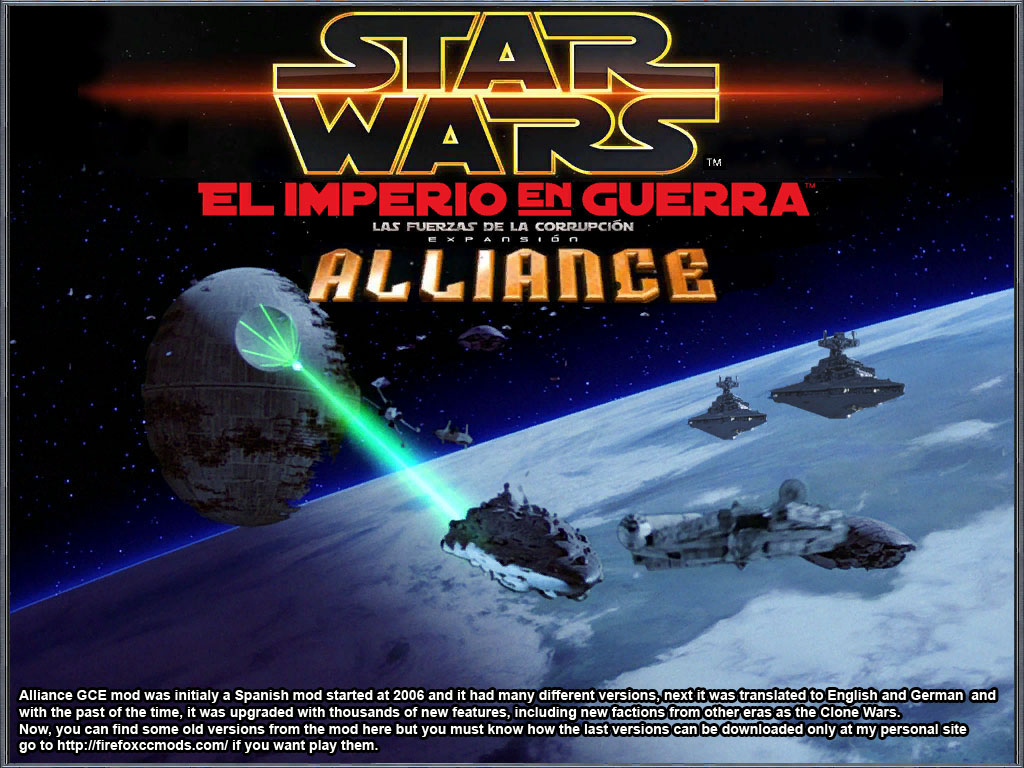 In that war, there are light and dark factions with characters changing of faction and many many good battles descripted at several books.

That story is the main reason because I have added these two factions. I have recorded a video, there are several things under development or unfinished but you can see the Corellian Dreadnought, the differences with the Rebel faction which it is the origin from both and what is the main idea, at least at skirmiss. In time, there will be a complete GC with both factions.

For the record, the Rebel Alliance can build the Corellian Dreadnaught as all the Confederation and Galactic Alliance units. There will be heroes but they will be exclusive from these factions. 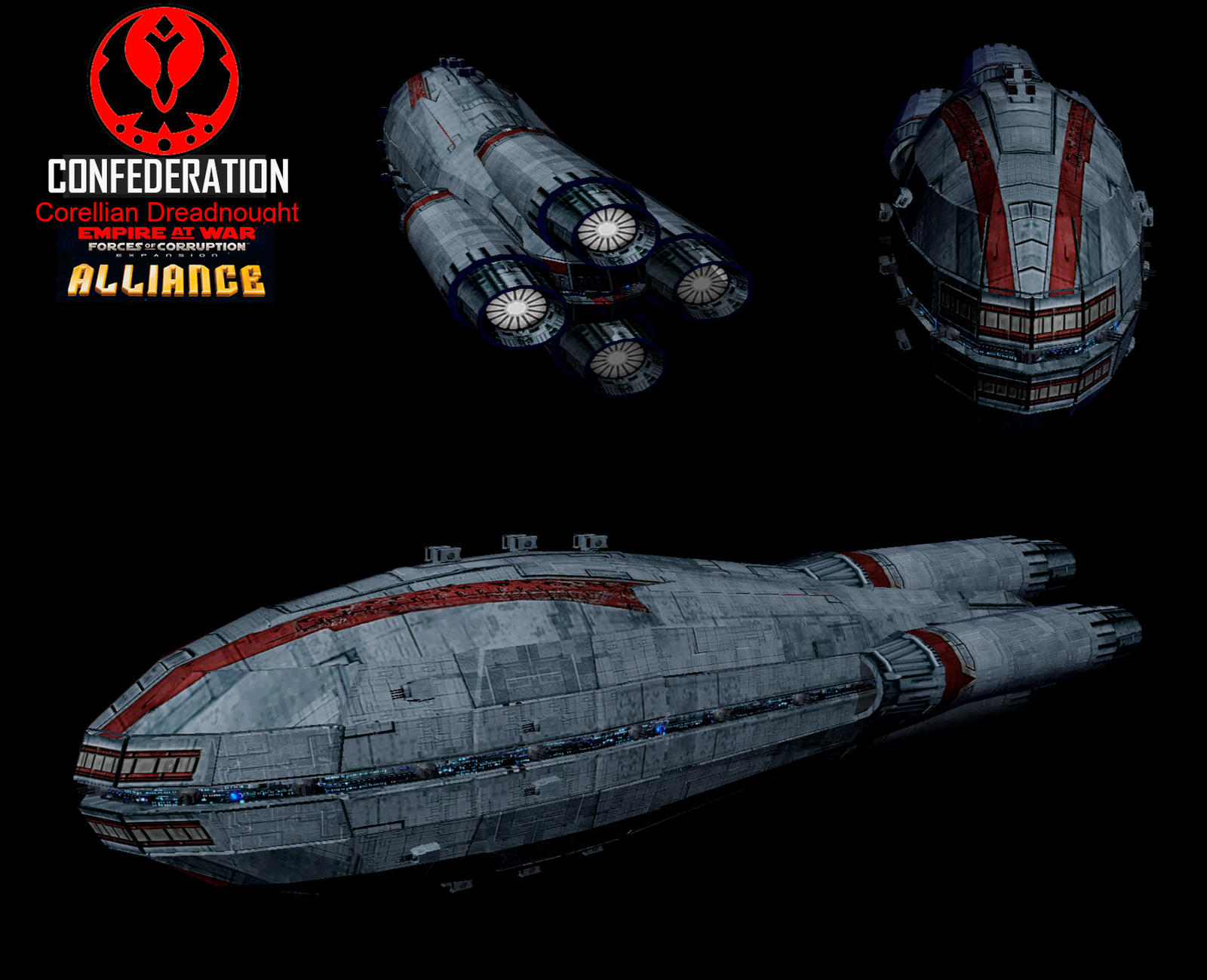 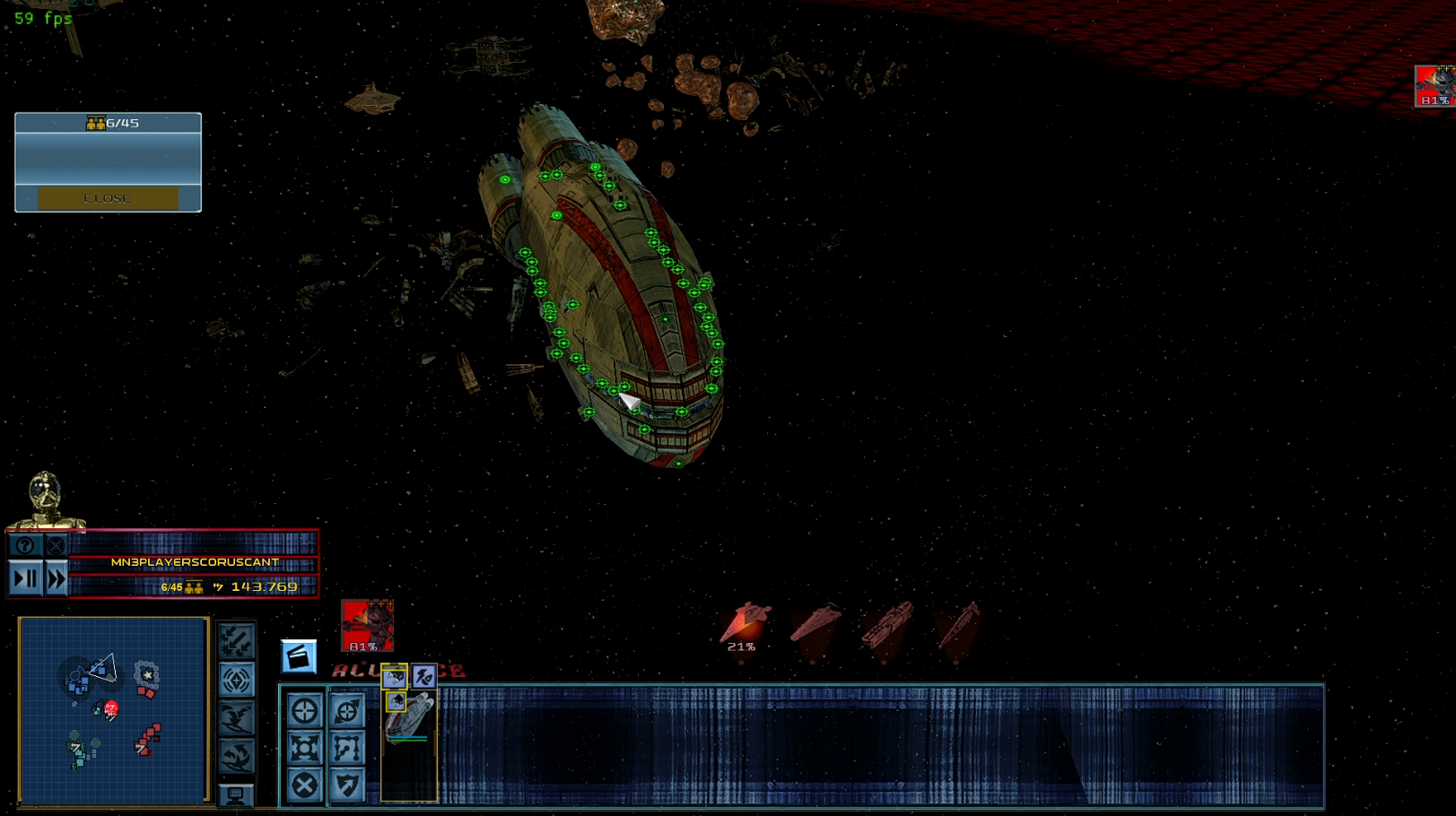 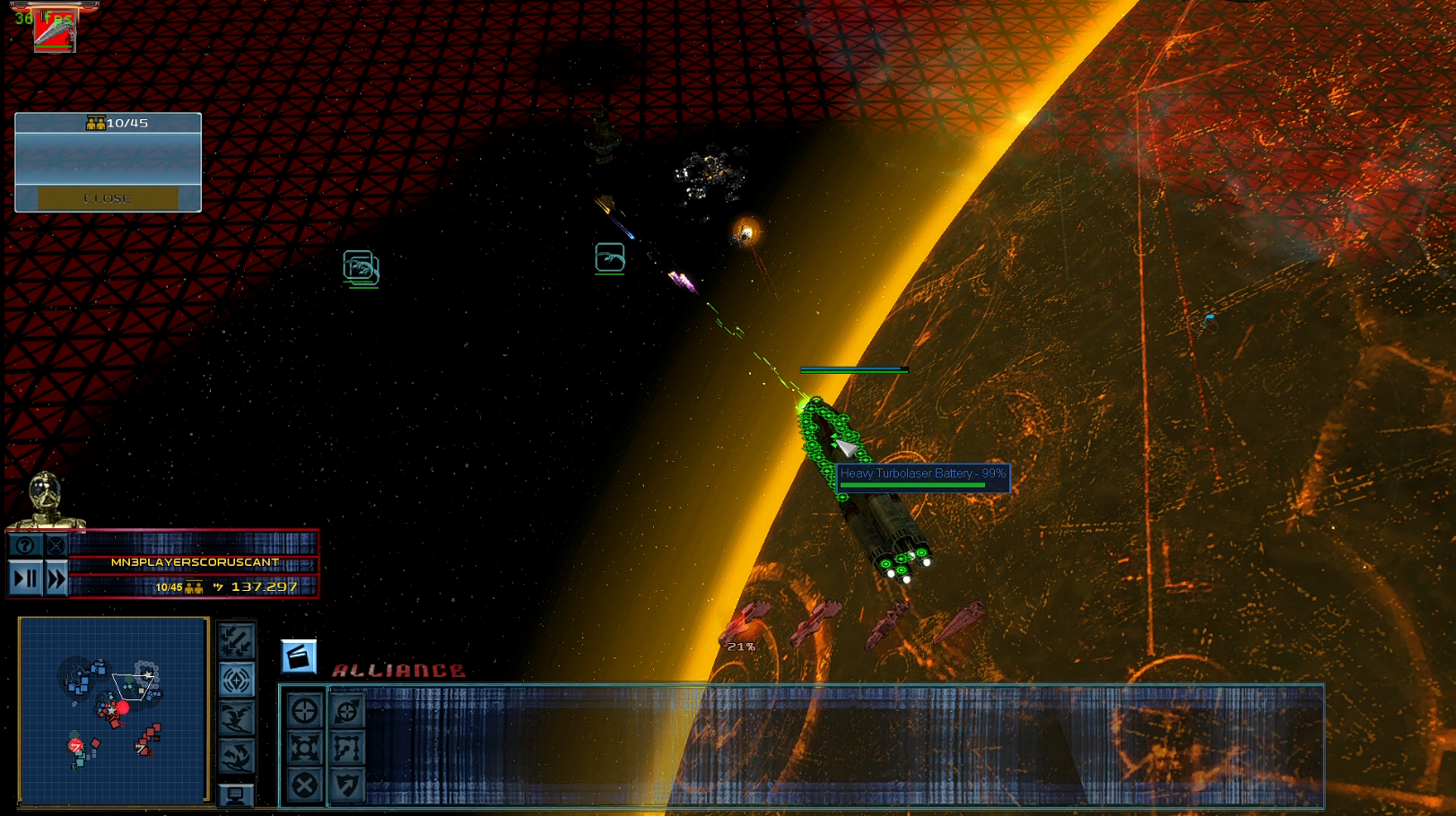 Yes, it is the last addition, Clone Soldiers with mortars. These teams can fire enemies exactly as a mortar would be. Have fun. In addition I am making...

The past week I have updated the mod several times with new improves and fixes.

Many people forgot always the ground part from EAW but from my point of view, it is the best part, many other games where you can conquer a galaxy do...

Yes, I have updated the mod again but it is just a small update with some important fixes. With exception from the voices recorded by krabbie229 for the...

Star Wars Empire at War – Forces of Corruption - Alliance 4.7B by Nomada_Firefox: It is the old 4.7B full version from the mod. It was released years...

This is a pack joining most of the Clone Wars Ground Units from Republic faction added at my mods, you can check them in the Encyclopedia section from...

This is a pack joining most of the Clone Wars Ground Structures models from CIS faction added at my mods, you can check them in the Encyclopedia section...

This is a pack joining most of the Clone Wars Space units models from CIS faction added at my mods, you can check them in the Encyclopedia section from...

This is a pack joining most of the Clone Wars heroes models from CIS faction added at my mods, you can check them in the Encyclopedia section from my...

This is a pack joining most of the Clone Wars ground infantry models from CIS faction added at my mods, you can check them in the Encyclopedia section...

Perhaps you want know because I have not uploaded the final version from my mod here. The answer is simple:

If I use thousands of hours from my free time, years, at least, I imagine how I can choose where I put my mods, no? or must I work for you as a slave.;)

All I wanted was a version of this mod that didn't crash :(

I think I might of broken him. Sorry about that.

Wow, just started actually paying attention to this mod due to the fact that I heard that NomadaFirefox (Who I had never heard of before Emperor Niko made fun of him on the YVAW page) was starting **** on a mod that I saw once noticed that the pictures looked awful (that and I didn't want to have to make an account on his website) and then never payed attention to again, but after looking at all the stupid **** he said and the way he has treated the community he sorta deserved it. so in other words don't feel sorry (watch this comment be deleted lol)

I've never made fun of Nomada. There are billions of people in the world i could've been imitating, people just assumed it was Nomada.

I have no history of insulting Nomada, i've even reported someone to him who was nearly using his name and spamming my page. I've never insulted him even if i don't personally like him or the style of his mod.

sorry I assumed, as it was heavily implied that you were talking about him.

I don't know why it was implied, maybe the speech pattern or the arrogance of talking about being the greatest and that all others were ****. But i never named who i was talking about, nor would i.

I do not go to delete anything but you win each bad word about the community which I have written before.

'I do not go to delete anything-'

I'm not quite sure what you're saying here. Is it that you're not going to delete his comments or that you've never deleted comments? Depending on the answer, I may have a mild rant.

I don't even know how to respond to this, you saying that I am a bad part of the community? I have been lurking most of the time on this account and if you check my comments I have not said anything that was remotely negative until you started telling the community that your mod is the best to which I responded with something reasonable given the circumstances, so go ahead and tell me how I am wrong and also I thought people were exaggerating but after looking at the description for the "Best Mod Published ever" again you really do have a god/superiority complex.

(This review contains spoilers of what will be in the mod... but if you're gonna download it anyway, go have a read. =D) Download at firefoxccmods.com, but first register. Nomada puts a hell of a lot of work and stays perfectly true to the Expanded Universe as much as possible in his great "Alliance" mod. Take control of units that date back all the way to the Old Republic, factions straight from the Clone Wars and definitely all the way to the expanded universe. The mod gives out what NO OTHER…