Gordon Freeman leads a team of rebels through Combine-controlled forest territory on a midnight mission to destroy the remote Overwatch Broadcast Node #128. With the broadcast node out of commission, Combine soldiers in a nearby town will be at a huge communications disadvantage...

...making them easy targets for the Resistance.

This will be a short single-player modification. It was originally designed as a late answer to Planet Phillip's Sniperville Competition. I was unable to finish my map in time to submit it for the competition, but I have every intention of completing it soon. (This modification is meant to be played on Half-Life 2: Episode 2. You will need Episode 2 to play this game.)

Assault on Overwatch: Halfway There

I "completed" one map last month. That means it plays well and looks good enough for me to quit increasing its file size with useless junk. Here's a nice video of the map in action. Please keep in mind that I am omitting the most interesting things you can see or find, to maintain some kind of opacity on the subject.


You will also find a few more pictures of the polished map. 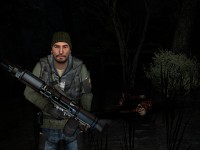 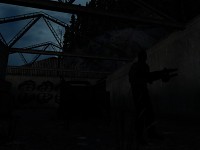 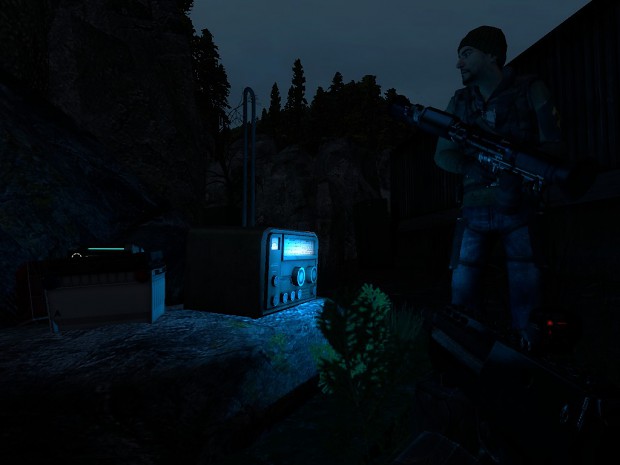 I think one of them looks like the typical redneck "I shot that and took a picture of me and it" photo. Except who do you know who hunts with a rocket launcher? Hmm, I guess that would be kind of redneck.

ONE MAP TO GO

The title says it all. I am not posting an image of the new map until it looks good enough. It shouldn't be long, though. Thanks for watching Assault on Overwatch, and in the meantime try not to get shot.

Out of the Loop

Real-world issues have forced me into a brief hiatus from modding.

Assault on Overwatch has been caught in a loop of postponement.

Assault on Overwatch faces another delay to its release date, but the end remains well within sight.

ain't going to happen I guess

Oh dear. Yet another good mapper bites off more than he can chew and ends up not releasing.

Development is paused so I can work more on Room Escape. That mod feels like it will release soon and it has a custom code base. IE, I will learn more from the release of Room Escape than from releasing this mod.

When I am done with Room Escape, I will return to this project, which actually has much more done than is shown here. There is just no need to update it because I am not actively working on it at the moment.

Just something cool to mention :)

Wow, these 2 mods, 99 bolts and this, are very atmospheric, consist many cool gaming environments, I'm looking forward to playing these!

All I can say is that I, like all of you, am super disappoint.

You guys make me super curious