So, have you played the recently released Half-Life 2 : Episode 3?

Just kidding, it's actually a mod, and the real name is "The Closure".

The mod was created over the course of 6 years by SPY-maps, who is known for a lot of cool-looking HL2 mods (among others).

Now, while the mod itself was actually pretty enjoyable (some irks here and there, but i guess that is his "style"), there are a lot of things that are unfavorable to the experience and have deterred players from moving on the actually well made mod : Random custom weapons, orchestral movie/other games music, loud sound effects, inconsistent models.

Well, this Remod tries to do some changes to it.

Unlike my previous Remods, this particular Remod is going to be separated in addon packs in order to ease my uploading speed while giving people even more options.

You can find the original mod here, it is pretty much the ultimate requirement for most of the addons :

Hope you all enjoy.

All of the downloads in this section are stackable, you do not need to download them in a certain order.

You still require the original "The Closure" mod first before these addons can work though.

It's been more than a decade now since we all saw Eli Vance die to a Combine Advisor, Alyx crying on his lifeless body as the screen goes black.

From what it looks like at the beginning, Valve seems to be working hard on finally doing HL2EP3, before they decided to mix it with HL3, which then proceeded to what is basically complete radio silence for years.

Turning the more-than-a-decade wait itself a bigger internet meme than "When It's Done".

Some of us have lost hope, saying that it'll probably be another DNF case IF it even got released, some was a bit more hopeful, waiting for the day when HL3 is finally confirmed.

Some of us went through the line. And made his own version of what EP3 is.

The Closure, created by one "SPY-maps" is what he wanted EP3 to be like (in a way), taking 6 years to finish by himself (at least, when it comes to mapping/project lead) with a pretty large 35 maps under this mod's belt.

All seems perfect, with Valve ignoring any lines of communication, the fans have finally decided to do a "for the fans, by the fans" kind of deal.

That is until we realize that Leon has his own visions of what he wanted EP3 to be like. 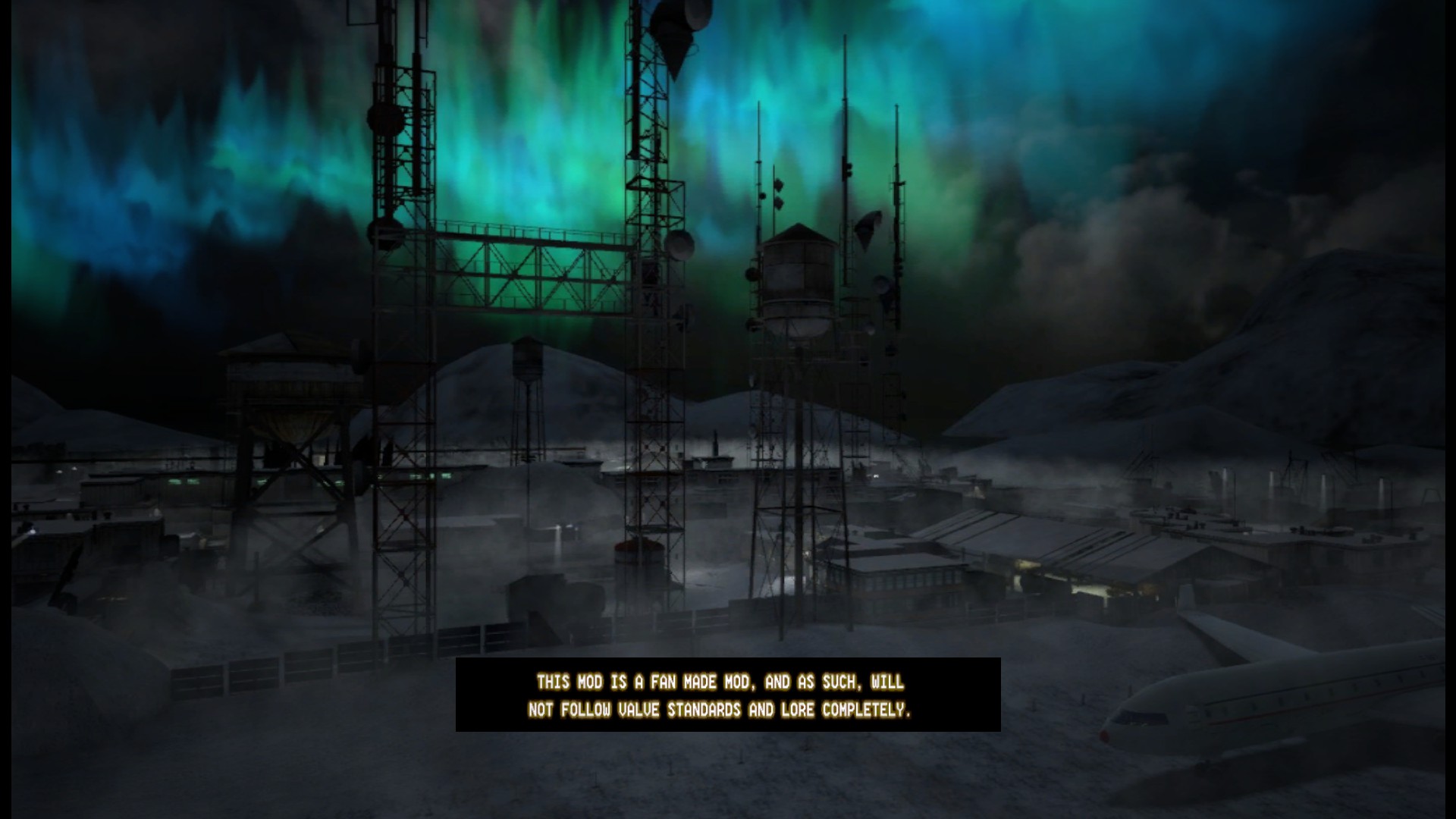 The first thing noticed was the cutscenes, no matter what the situation is like, HL have never really taken away our point of view, when Valve wants us to see or do something, it's all done behind the scenes with subtle hints/gestures, and even when we are locked, there is valid reason for it.

And then the music, something about it was odd, like it was not Kelly Bailey's.

And then the story, the enemies, the level design, the design choices.

The biggest offender was the fact that the iconic crowbar was replaced with a wrench, as if trying to poke that new OP4-based game that seem to lack a wrench (that apparently will actually get one in an update, thankfully). 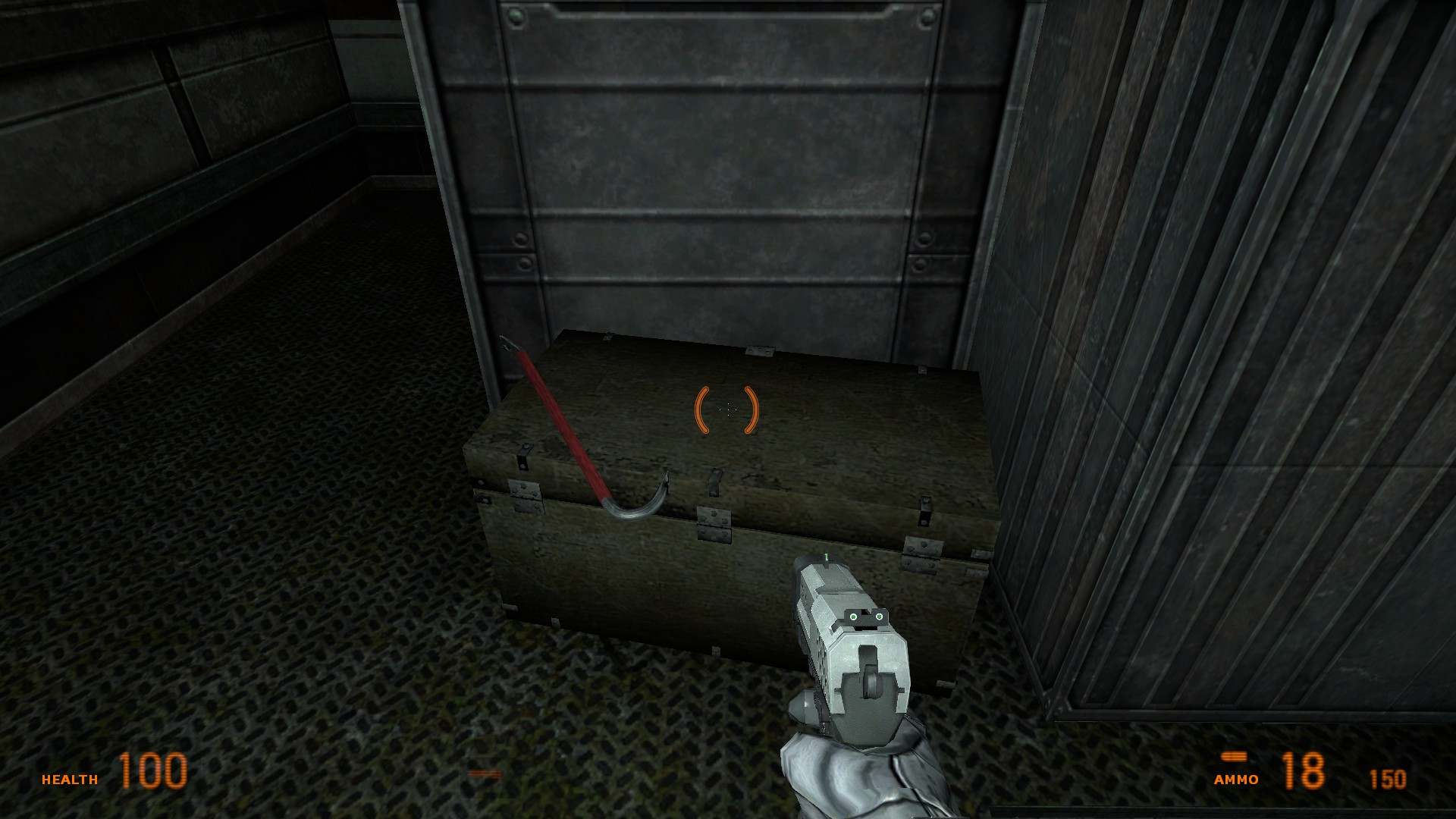 People were angry, they feel betrayed, and lied to.

Some didn't get past the first map, others fall as their journey continue.

But then again, we can't really blame Leon, since this is only what HE wanted EP3 to be similar to, and of course, all of us have different tastes and preferences when it comes to what pleases us.

He said that working on the Source engine for years have made him seriously tired of vanilla stuff, and mix things up just to make things not dull in his eyes.

Of course, there are still people who liked it, or at the very least appreciate the work done.

I wasn't any of them.

I wanted to appreciate the work done, but at the same time, i am bitter with what the mod changed.

So i took a crowbar and tampered with it.

First was the music, i returned the original OST.

Then i replaced the weapons.

Gone are the UAC labels on the doors, or the out-of-place Black Mesa Combine chargers.

I never used the hints, and as a result, removed them.

Wasn't a fan of the adult comics, and that is now swimming with the fishes.

And last, but not least, removing Gordon from the cutscenes so as to not "technically" ruin my "point of view" things (with some story blows, but nice enough for the purists).

With all of this done, the result of chaos was reduced, i don't feel too bitter anymore, and can actually truly appreciate the work done.

The maps are well done (at least the later ones, earlier chapter really are pretty weak), and i can see the reasons for some of the "pointless" cutscenes (turns out to either be trigger points or hidden teleporters, as Leon didn't really care for architecture). 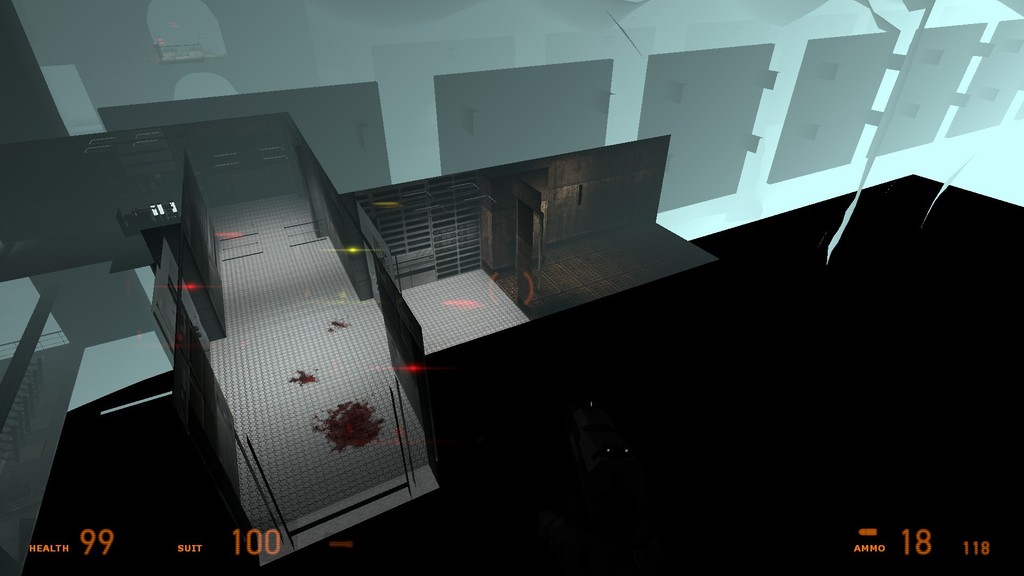 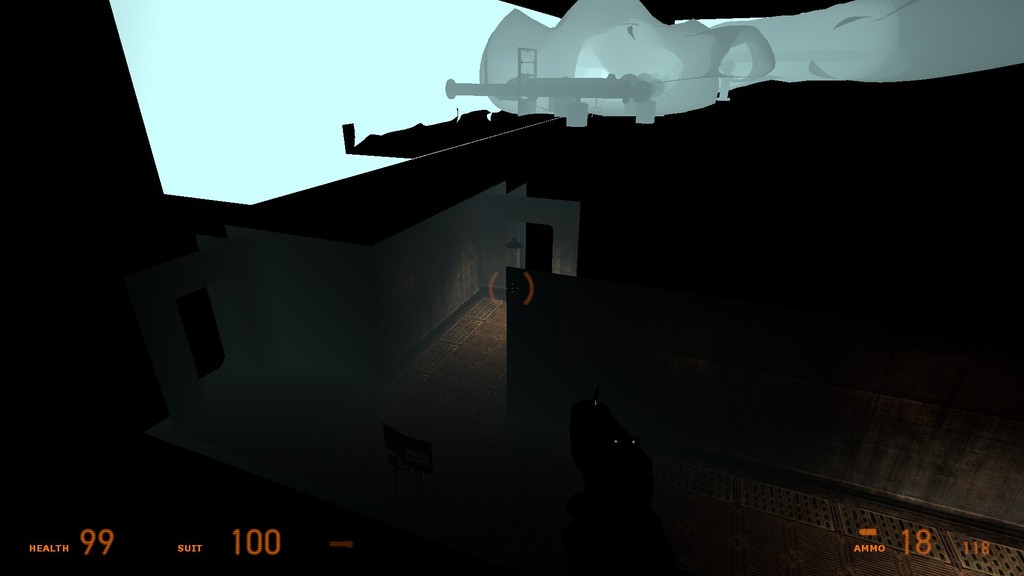 After cutscene ends, other side of the map.

(In a way, maybe Leon could have done something similar to "Alchemilla" or "Cry of Fear" and have opening teleport specific doors by using teleport once a sound and a fade is done ingame?)

The moving catwalks in the middle chapters are pretty awe to look at, the combat are varied, the final chapters are a bit atmospheric, and the change of environments between chapters are cool to break the monotony, the ending is pretty okay, and i appreciate the change of code to make the sniper actually hitscans. 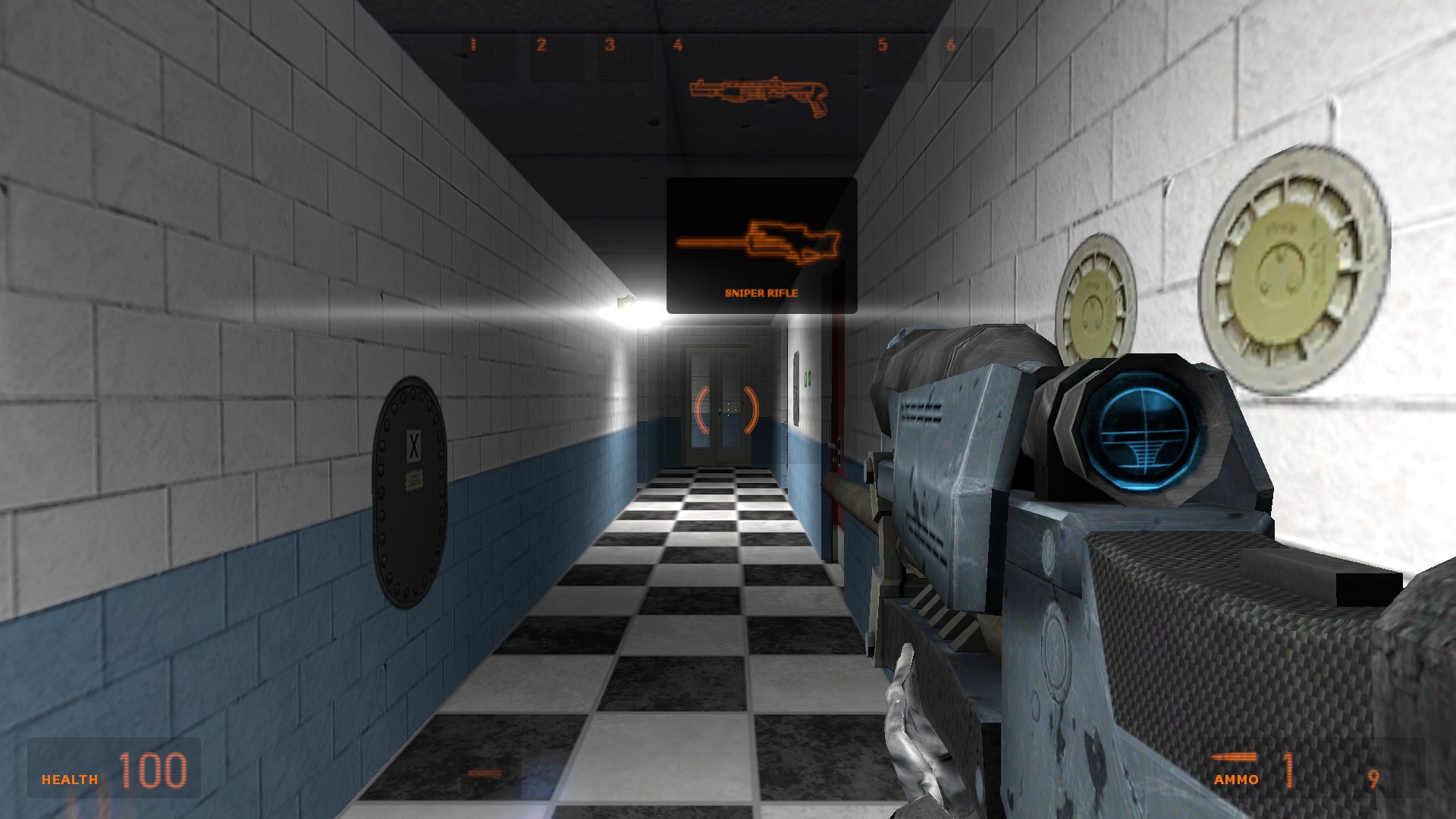 And i liked it, for the most part anyway.

Maybe you will too with these addons, maybe not.

I still hope you enjoy it in some way though.

This addon removes all of the comics in the Easter Egg areas. Installation instructions in the Description.

No Gordon in Cutscenes 1.1

As the tin says, this patch removes Gordon entirely from all of his appearance in "The Closure". Installation instructions and all that in the Description...

The Remod Weapons pack for "The Closure". Had to merge some of the addons for compatibility and convenience. Install instruction and Credits can be found...

This addon replaces the NPCs from The Closure with more HL2 fitting ones. Installation instructions and Credits are in the Description.

This addon replaces some of the textures in "The Closure", details and installation instructions are in the description.

can you remove the cutscenes ? or this will require coding? honestly it destroyed the purpose of half-life it's suppose to be a game that let you see what first person shooter should look like.

How about you replace with Half Life Comic, ok nvm. That ain't going to work.

Is There Any Way I Can Replace The Remod Weapon Textures With Other Texture?

lol, yeah, just find the textures you want instead, and replace the files in: materials/models/weapons with your desired file

You just removed the good things from closure.Why you people want the original weapons? I loved closure because it's new you just create the old **** what is boring.(sorry for the bad english im from Hungary)

To add options, fellow human with opinions.
People who don't like the weapons/NPCs/wacky models/reskins from The Closure can opt to use a more HL2 friendly ones.

If you were to pay attention as well (or watch the weapons demonstration videos), this Remod doesn't just reverts the weapons and textures to the originals, it revamps them as well to fit The Closure's custom nature using custom sounds/animations/highres textures.

Thnaks for making this. I loved the original, but something was just missing.