Amnesia: A Machine For Pigs - Revelations 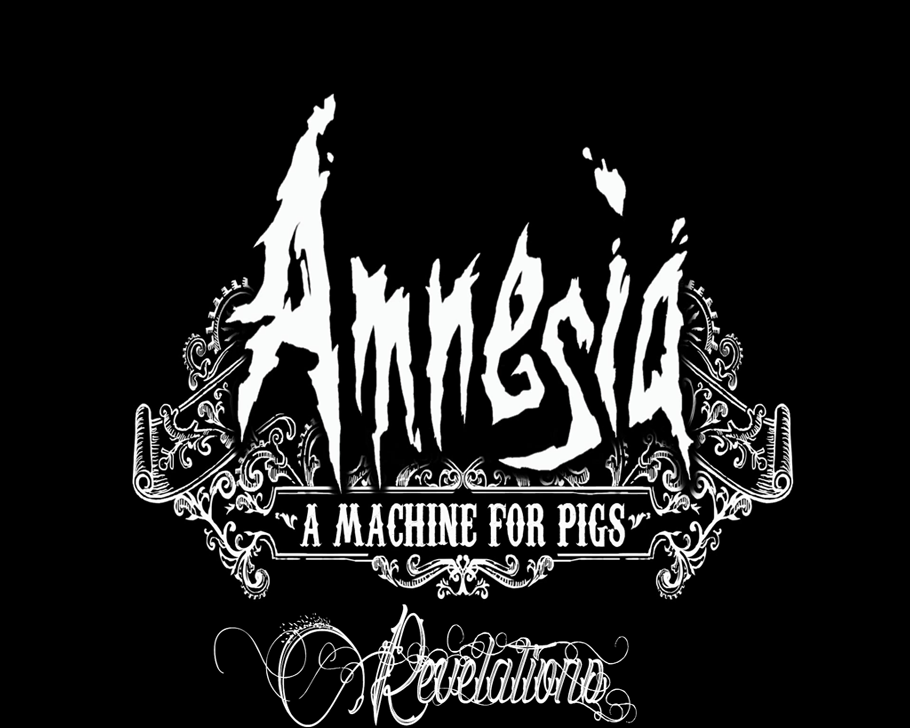 "Set in London on New Year's Eve, 1899, the focus of the story is Oswald Mandus, a wealthy industrialist and butcher, and his relationship with his children. Mandus returns from a "disastrous" expedition to Mexico, where tragedy struck, but is that what truly happened? Hit by fever, Mandus has frequent dreams about a dark machine until he regains consciousness. Little does he know that months have passed, and upon awakening, he hears the roar of an engine and a mysterious machine starts up.

Yes, we all know who he is and what he has done, but is that the only reason or is there more behind this terrifying story? Why did he go to Mexico? How did he build a machine so big? What happened to his wife?.....
These are only a few of many questions we asked, but didn˙t get the answer.

Amnesia: A Machine For Pigs - Revelations will tell you everything you need to know, and more....."

NOTE: AAMFP - Revelations is still a WIP (only Alpha version for now)!

Amnesia: A Machine For Pigs - Revelations

"This world is a machine.
A machine for Pigs!
Fit only for the slaughtering of pigs!"

Based on the newly popular sequel of A.T.D.D. - Amnesia: A Machine For Pigs - this CS will surely blow your mind! AAMFP - Revelations is following the story of the well-known AMFP protagonist - Oswald Mandus, a wealthy industrialist and butcher who kills pigs for money, then puts them back together with a plan to "save" the people of London from the terrors of the 20th century. You can expect many similarities to the original game, but not everything is the same. Each level is being made to be perfect in every way to give you the max. "I sh** my pants" experience!

As previously mentioned, the CS is following the story of Oswald Mandus. The CS will try to answer you some FAQ about him like:

There are many more questions, but you get to solve those in-game ;D
For the time being, AMFP - Revelations is in the Alpha stage of development. The date of release is unknown, voice actors will be needed, but so far, so good!

I will update you about the CS as frequently as possible! ;D

Sadly it been 5 or 4 years, and this custom story is not coming out.
I think it was just abandoned. Like this idea was too ambitious like you will need some basic understand of AMFP and I don't think he realised all the information are in-game notes (If you bother to read them) So this mod was absolutely pointless and this whole custom story was created for nothing

Yes. But it not his or their fault for no reading in-game notes. Be sides the Modder might had quitted because he didn't felt inspirational anymore. And that this was a waste of his time.
I think he develops something else that might be interesting in the future .

Don't mean to be a downer on the wife part of the story, but we already know what happened to the wife. She died during childbirth.

Good luck. I enjoyed AMfP alot, even with its flaws.

hey man how the work is going?

i would like to see AAMFP an ATTD custom story :D

This looks AMAZING. Highly anticipating this.

its dead isnt it

Amnesia: Through the Portal Amnesia: The Dark Descent