I am feeling very proud to present you one of the best mods for Age of Empires III, " Age of Dynasties ". Originally it was started by "Huanglukuzhu". Later myself, "Omkar_Satapathy" joined him and together we have created this beautiful piece of art. We have really worked very hard on it. I hope you all will like it.

Age of Dynasties provides you a brand new game. You do have access to 17 new civilizations: British, French, Swedish, Spanish, Russians, Prussians, Austrians, Ottomans, Mongols, Ming, Manchurian, Indians, Persians, Koreans, Japanese, Indochinese and Polish. All civilizations are totally complete with their home-cities, researches and units. Tons of new units and buildings for all civilizations. It has a nice AI for Strategic games. Technologies and Age upgrades are very unified for all civilizations. A new building called Command Center is available, that can be used to make different plans and Strategies. New Maps are also available with Day Night Cycles. Another good thing is that this mod works without altering the original game. So that you can play original game any time. It contains tons more of new stuff. You must play this mod to reveal more amazing surprises.

Thanks to all the co-operators and users of this mod. Keep playing, Stay awesome!

NOTE: You need Age of Empires III + The War Chiefs + The Asian Dynasties to install this mod.

Here's some description on the civilisations present in the mod: 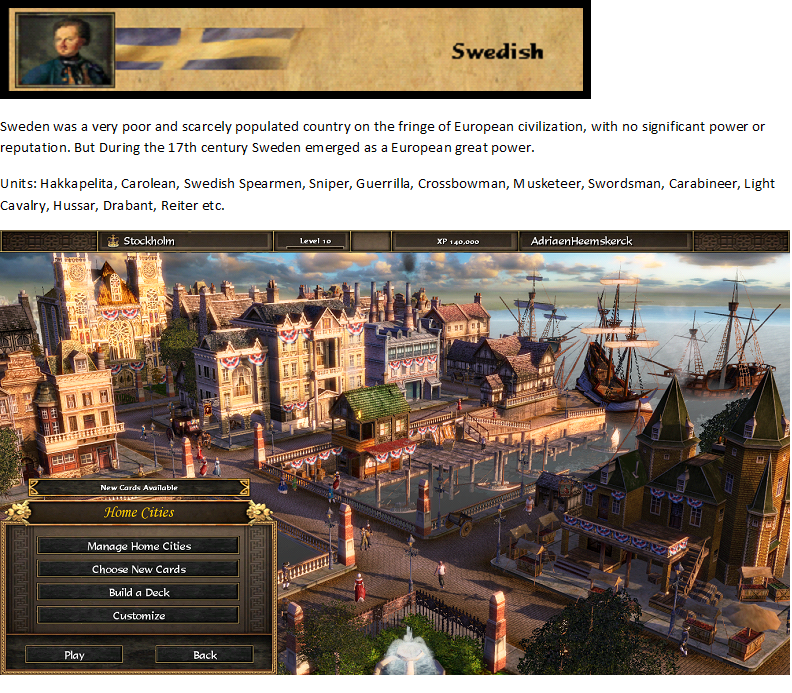 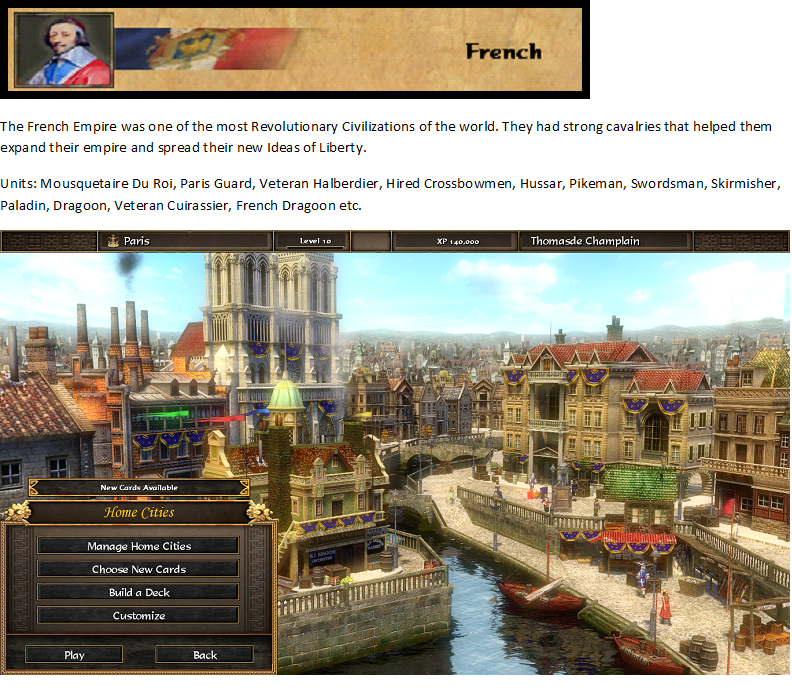 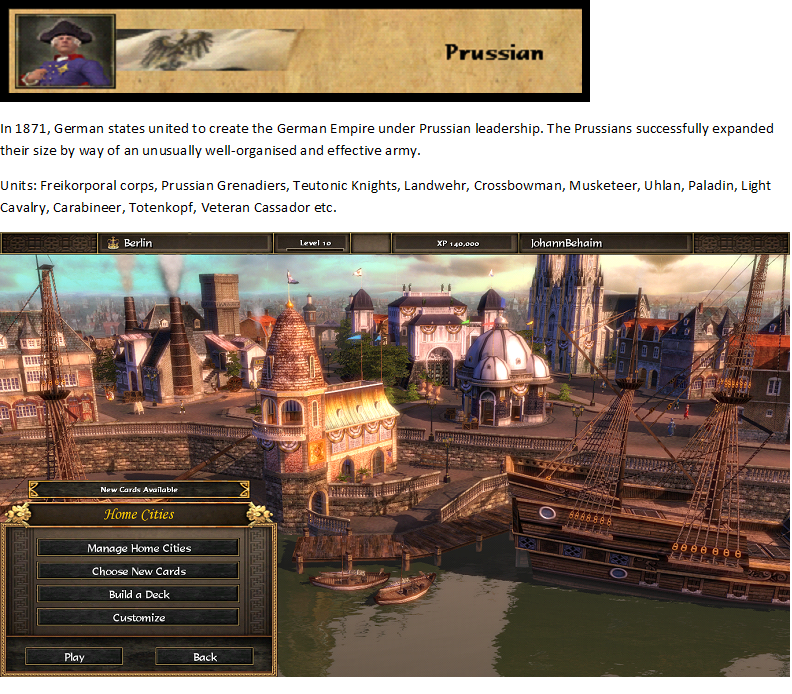 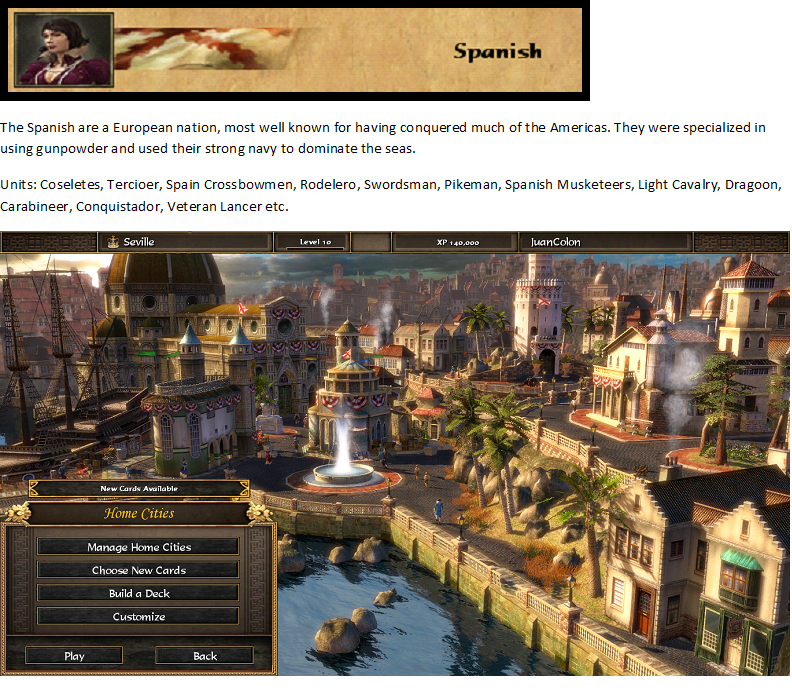 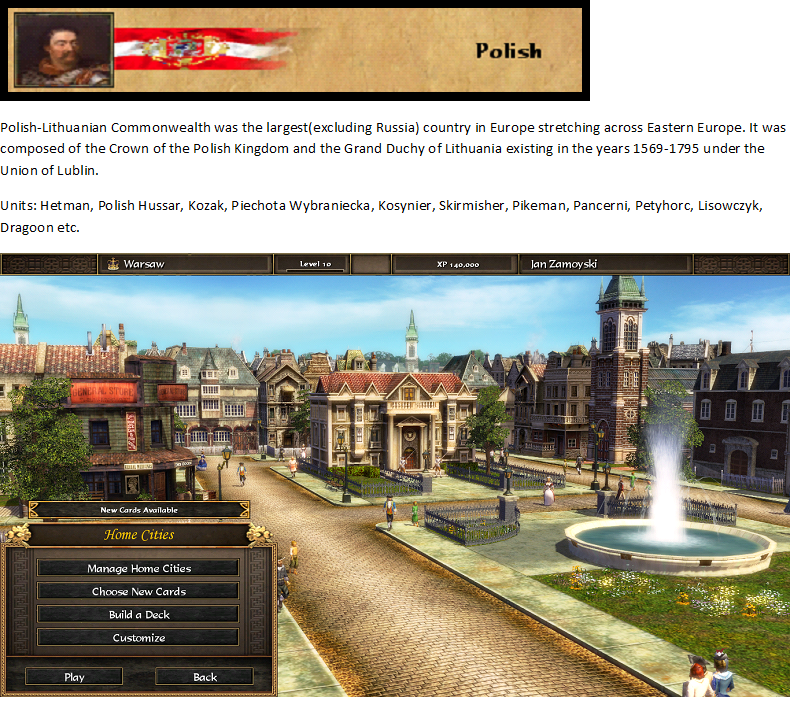 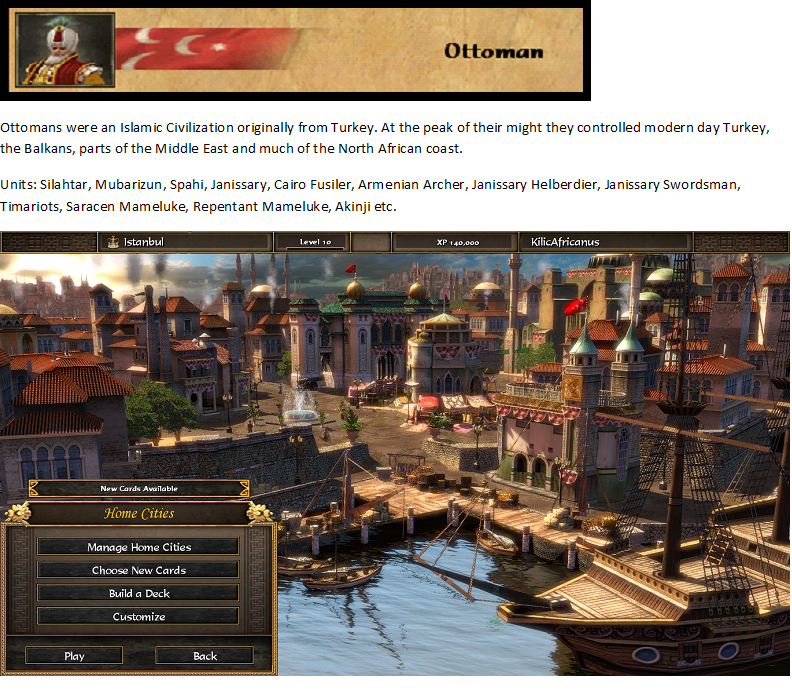 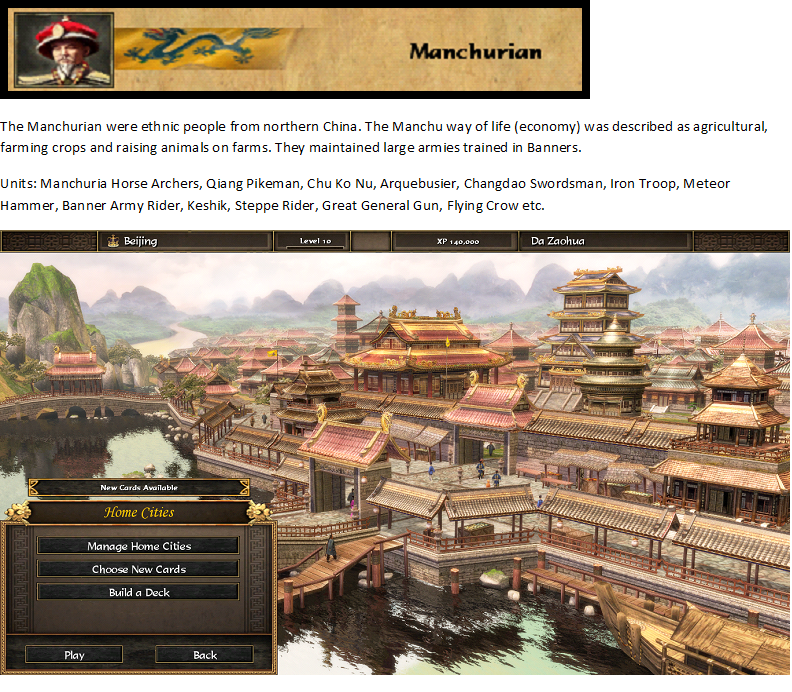 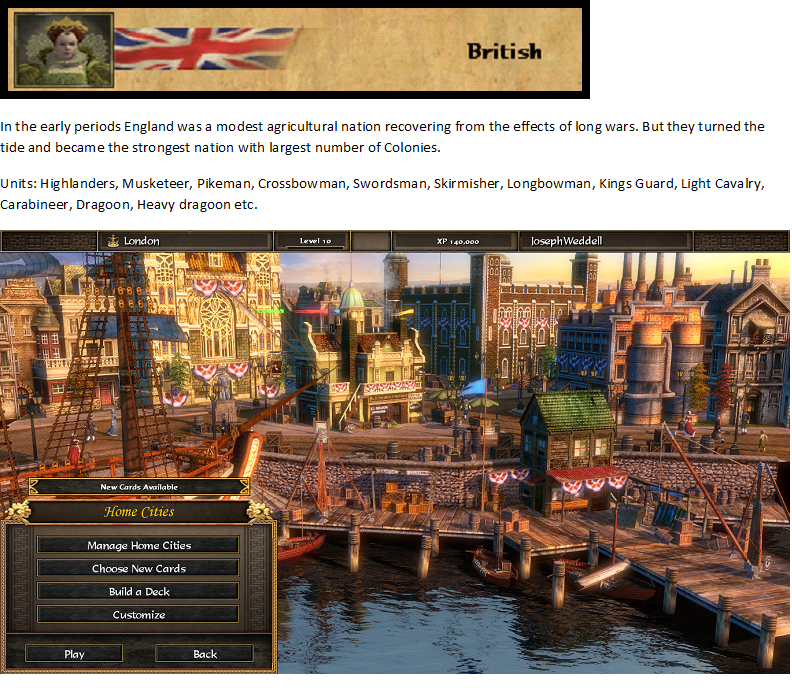 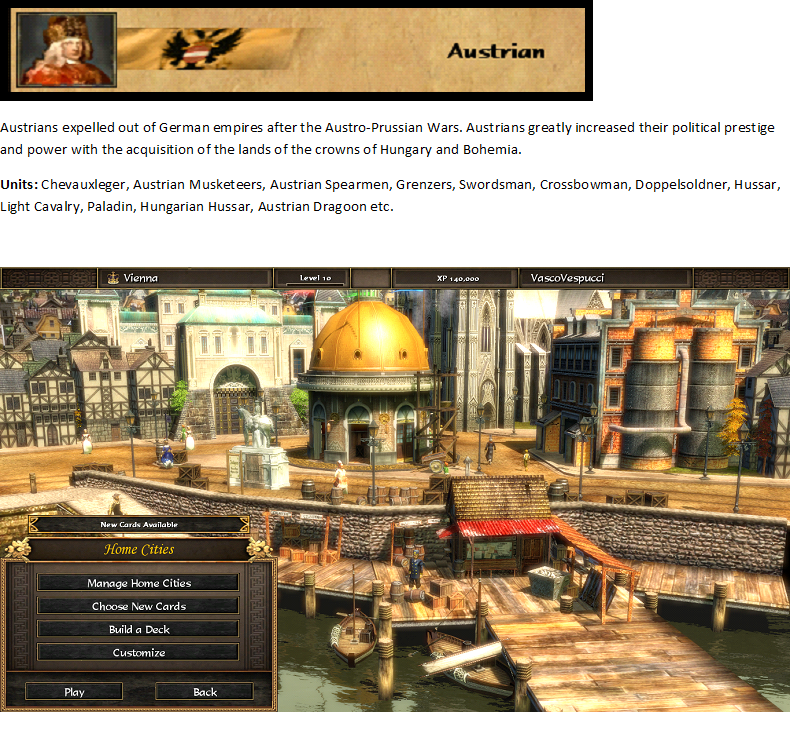 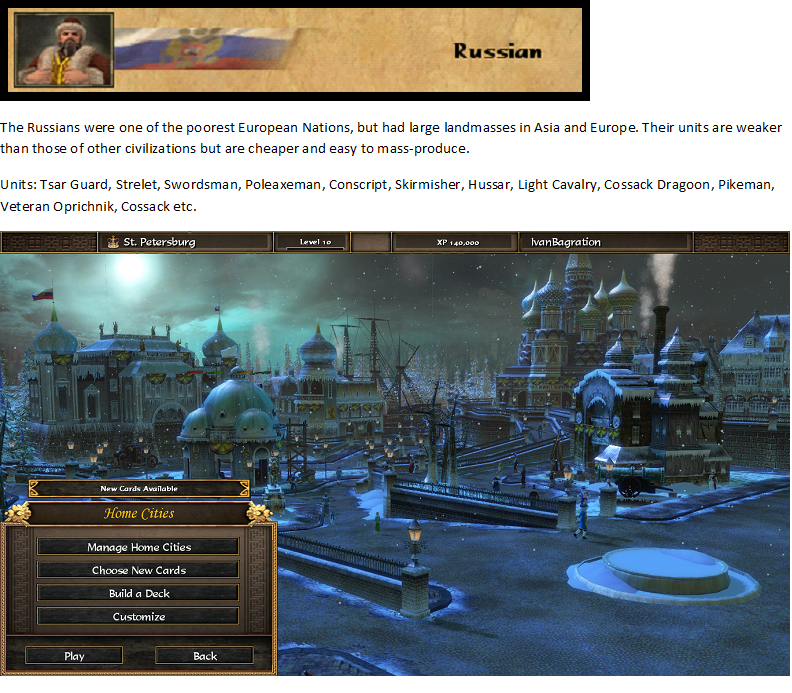 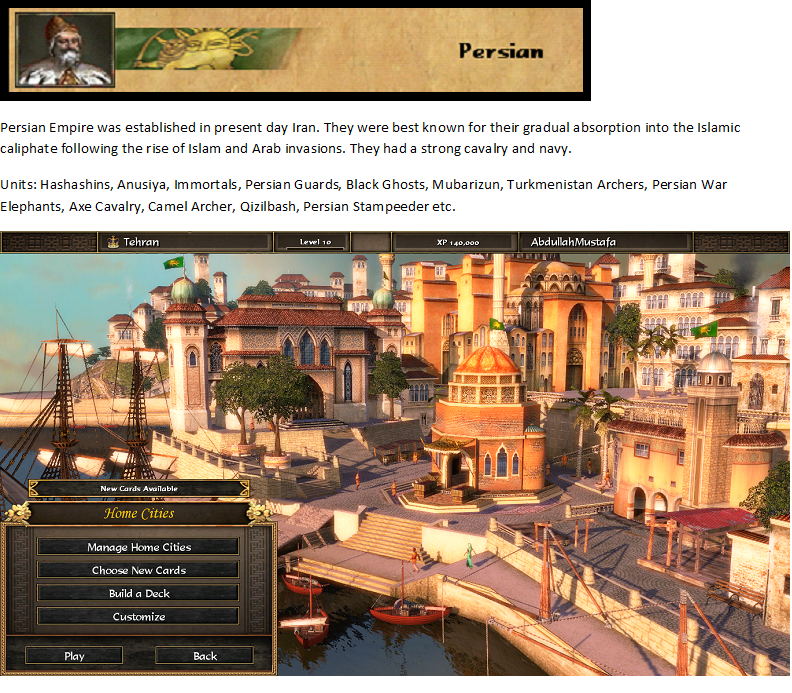 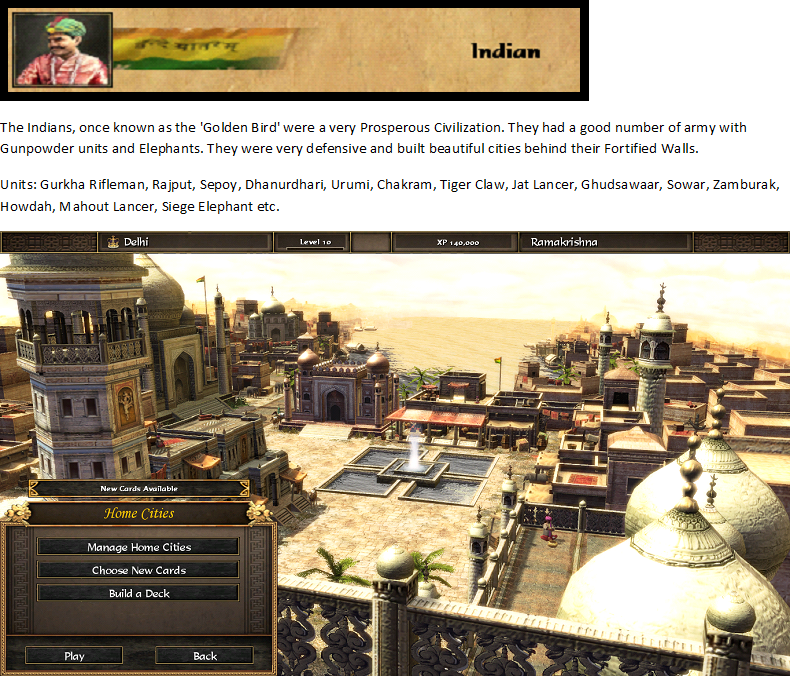 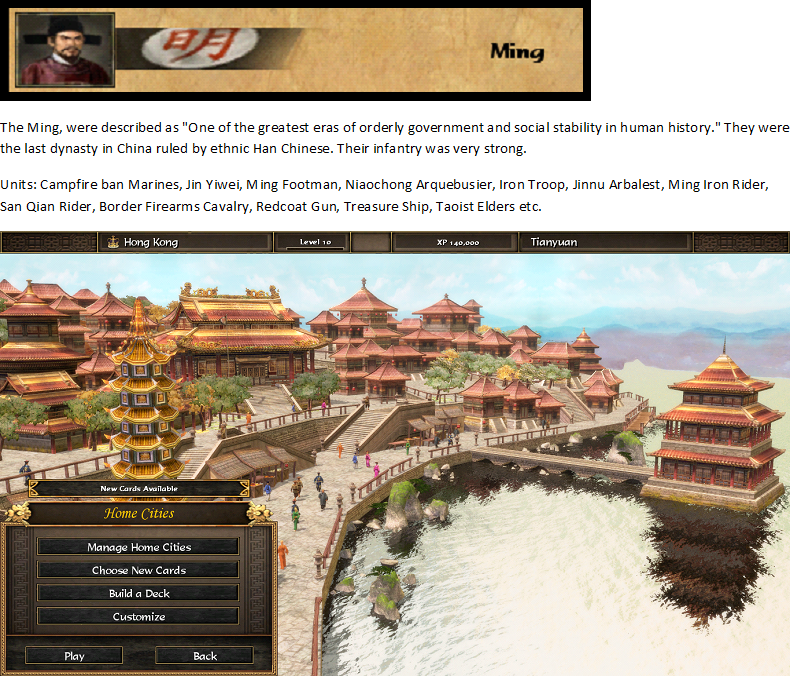 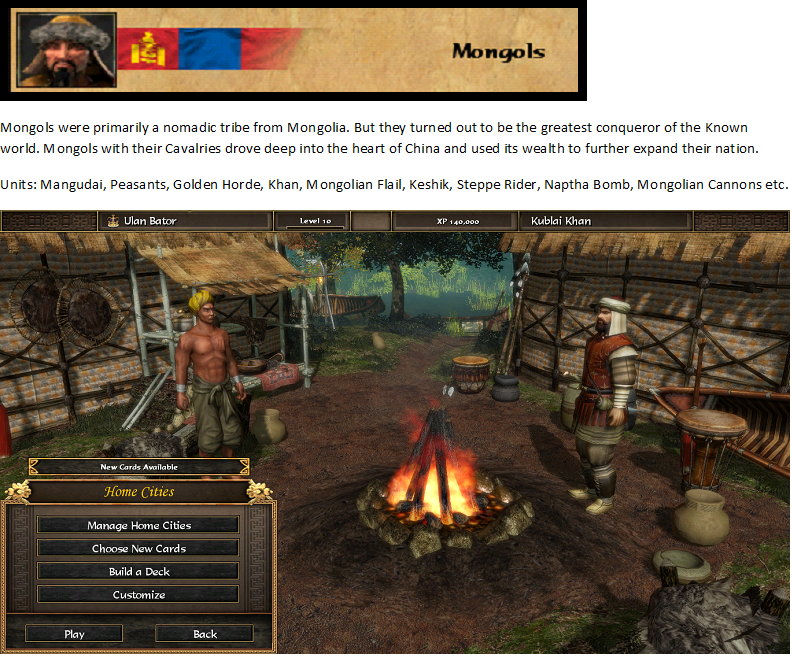 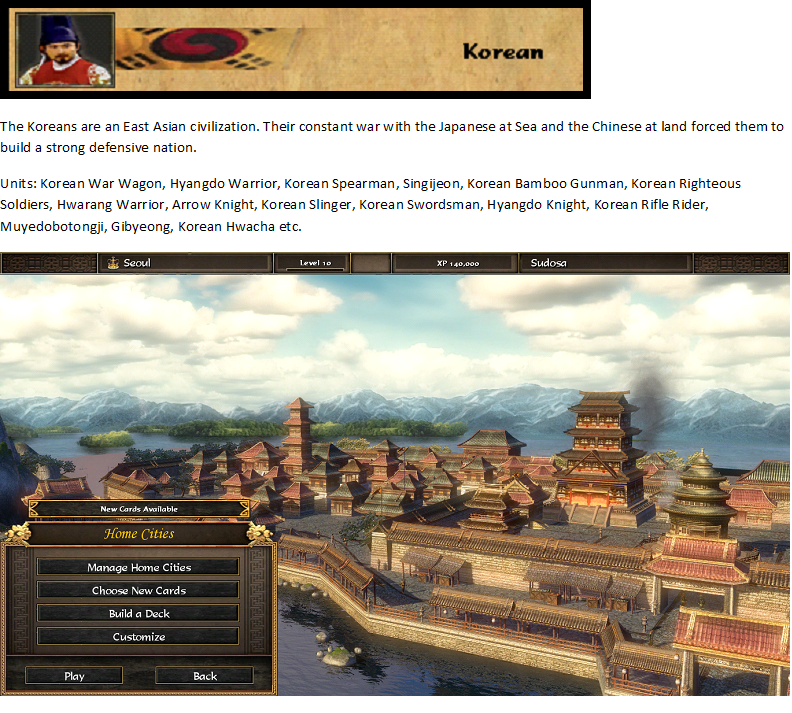 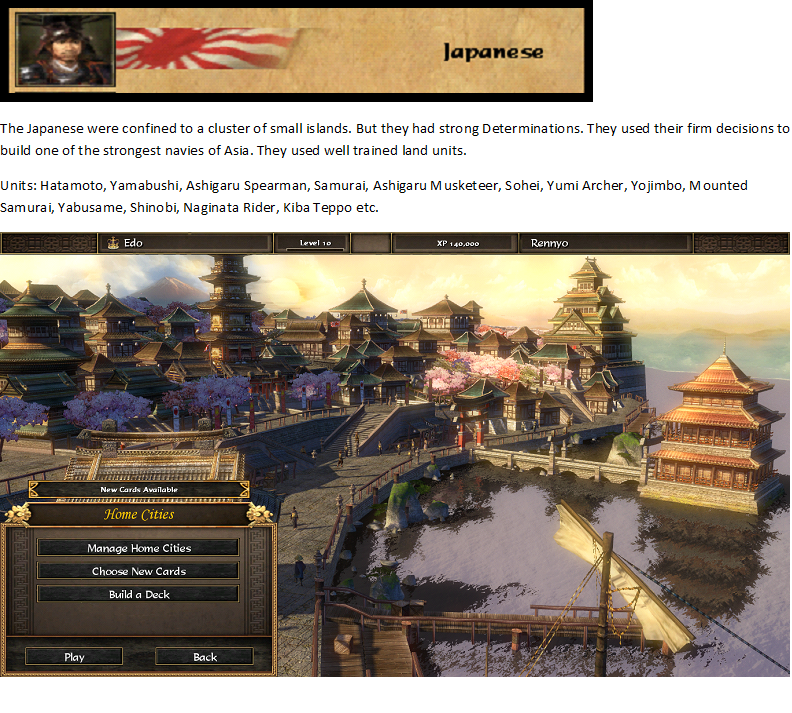 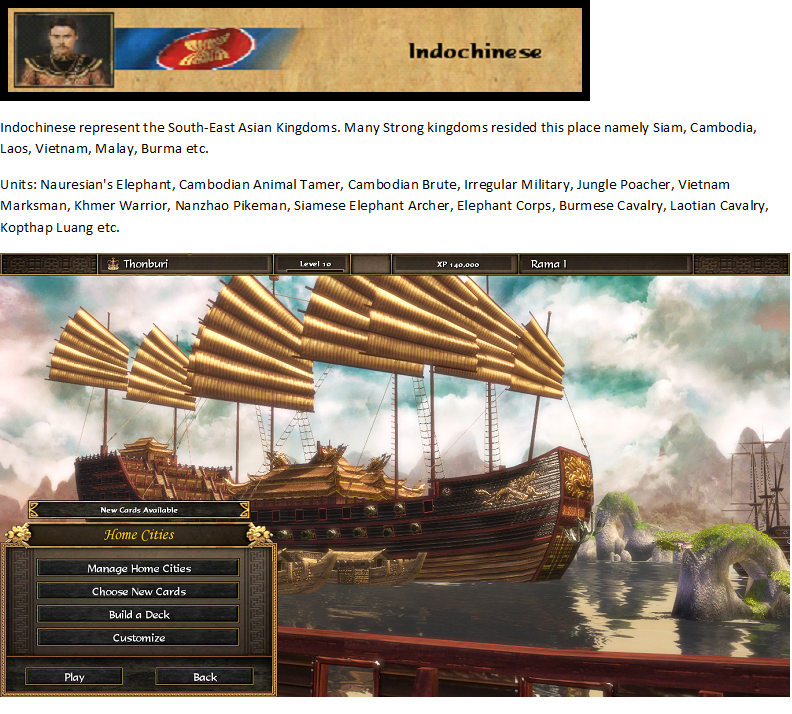 Hello all. The last thread disappeared Mystically. So I have but glad to write a new one instead.

Eastern Empires refer to the Ming Dynasty (including Manchurian people during the timeline), The Tokugawa Shogunate, the Joseon Kingdom (around 1600s).

At that time, military units in those states are usually divided into different tiers. For Ming and Joseon, they were part-time soldier, frontier defender and royal guards; for Shogunate, they were Ashigaru and Samurai. We adopt this idea and do the same in our mod. So there will be both part-time pikemen and royal guards pikemen in one state's army.

Joseon Kingdom train part-time units in a War-Hut like building called military office. They are: 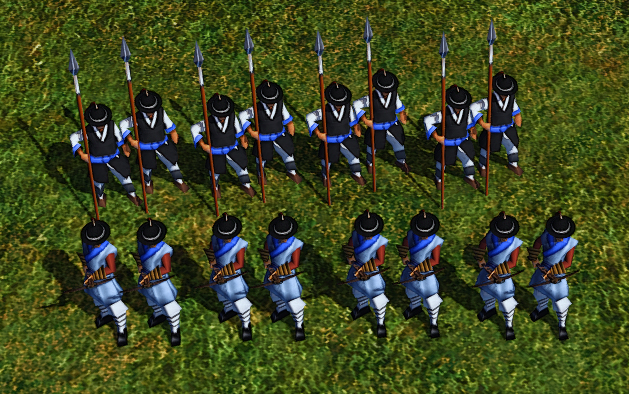 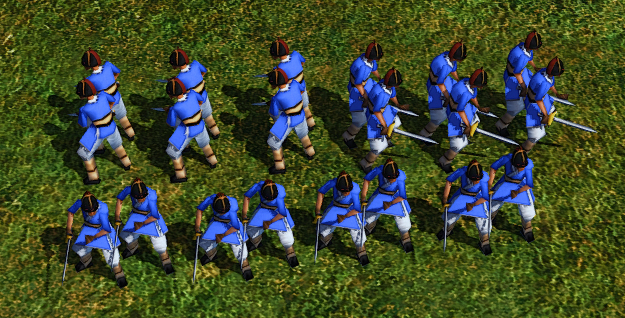 While, there are also another tier: Noble's private guards. For example, Korean Longbow guard trained in War Academy:

And for the Japanese, Ashigaru units are their backbones. Though Ashigaru named, they are mainly well equipped professional soldiers. They have: Ashigaru Pikeman, Ashigaru Musketeer, Ashigaru Archer and kiba Ashigaru. 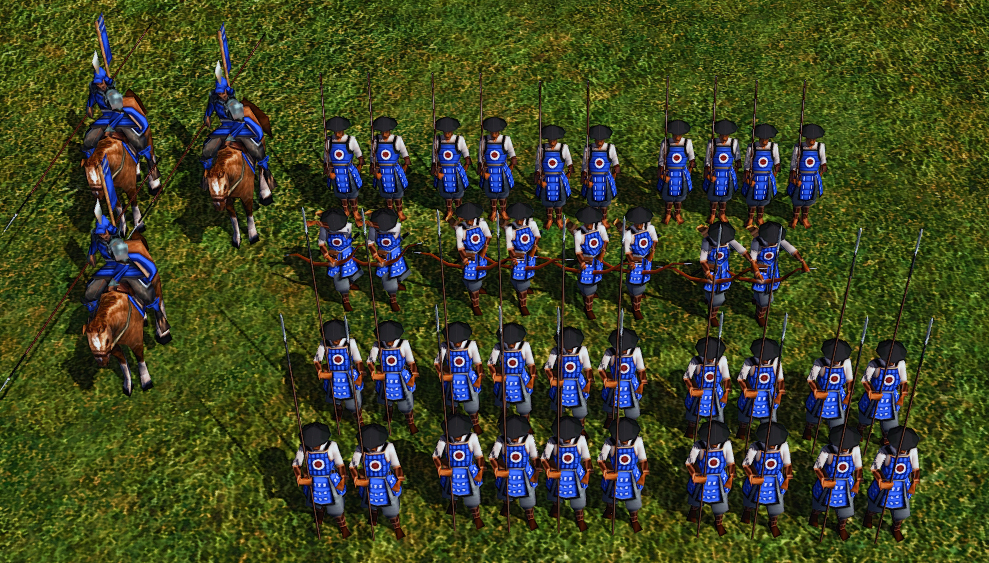 Samurais are still in developing, so no picture could be showed currently. Sorry for that.

Now come to the Chinese. It will be the main force among the three. Korean and Chinese is a little similar, but Chinese are more skilled in Cavalries while Korean more skilled in ranged units.

Chinese Frontier Troops are the most widely used Chinese units, they include Changdao and Arquebusier, trained at war academy in form of banner army. 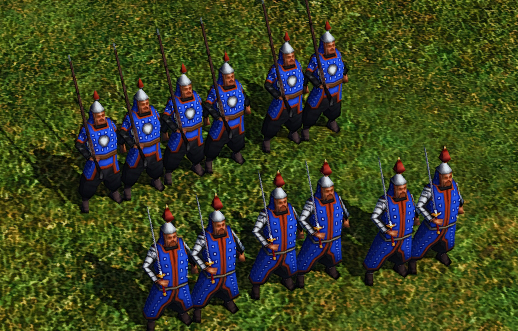 and their cavalries are trained in Castle. Also trained of banner army form. 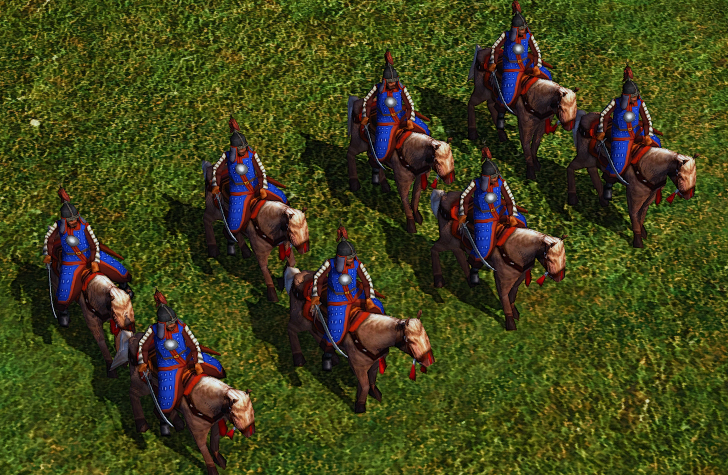 The first tier of Chinese army are Weisuo units. They were normal people gathered with a recruiting command. They were powerful in the beginning of Ming dynasty but after generations they were considerably decadent. 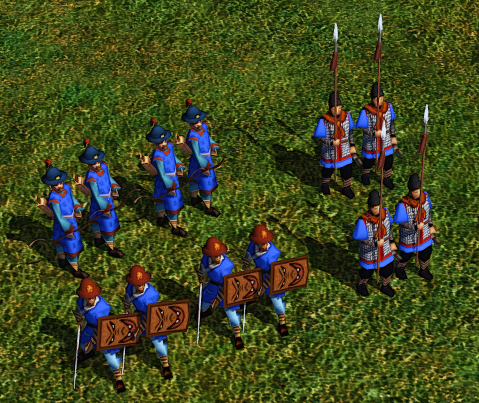 Show the progress of creating new units. With a chart picture and some instructions.

Thanks to my friend Darthtou deeply, who showed me huge numbers of images about historical units.

link to Age of dynasties last version made by me Huang was working on a different version of AoD but it got very buggy and so he stopped working on it...

last version of the mod. i am no longer modding... - some bug fixes on ship sails, addition of new ottoman building set by PredatoR_TR

A hotfix patch for those who want to play multiplayer games. The last one is reported useless, so I upload a new one.

how to install this mod?

man these(aod and gm) are the best mod
they have absolutely best things and i have noticed no bugs so far. most polished work ever. i hope you will make a comeback in modding someday.

Omkar, give us a link for entering to this mod or the Graphics, please

Why did you delete your link and your profile? I can't download it.

Where can I download it? I went to the link below there remote profile...

is this mod finished? (havent downloaded)

Through Seas where sail was never spread before Age of Empires III: The Asian Dynasties