The Golden Parrot: Against All Flags

The Golden Parrot: Against All Flags

The Golden Parrot: Against All Flags is a standalone total conversion taking place in a colored pirate fantasy world. The hero, a privateer, is battling against packs of pirates and imperial soldiers. While most of the areas are dedicated to combat, there is a nice adventure and RPG touch enabling the hero to develop his skills and rewarding exploration with secrets and treasure.

In the year 1717, the new world is ravaged by a malediction. While the major european empires fight for supremacy in the West Indies, Skulleye, a skull-headed man, rises an army of monsters. You are sent by your colony to mitigate piracy and disturbances against the commercial activities in this area, however you slowly drift away from your original design and become a pirate yourself and seize the treasures, relic and other artifacts present on this side of the world.

Circa 1681:
Hendrik van Horn was born in South Africa from dutch colons. His parents, Gertruid and Adam, are a young couple who take at Rotterdam, a ship bound to Cape Town to escape poverty. They establish a business there starting with a farm. After a few months they have grown a comfortable life and quickly become arrogant with the local indigenous peoples employed there. The village where they reside is not well protected by the dutch soldier and the colonial authority is fragile.

1685:
Eventually, it leads to a revolt. Like most of the inhabitants, Gertruid and Adam do not survive. The domain is set on fire, and the village is taken over. Hendrik who was hidden in a barrel is found by the rebels. Because of his young age, they spare his life and adopt him. The child, which is now 4 years old, behaves strangely and doesn't cooperate easily with his new family. He is confided to a sorcerer in order to deliver his soul from its evil side, but the success of the operation doesn't appear to be obvious.

[A painting of the revolt]

1688:
Despite the unpleasant situation for the dutch settlers, the village remains in control of the local tribe for a couple of years. Soon enough though, the dutch colony in South Africa expends and the economical stakes become more important. Part of a massive military reinforcement operation, several Man of War full of soldiers arrive from the Netherlands. The village is easily invaded and the locals are captured. Most of them, Hendrick included, are put in a slave ship bound to West Indies in order to be sold. 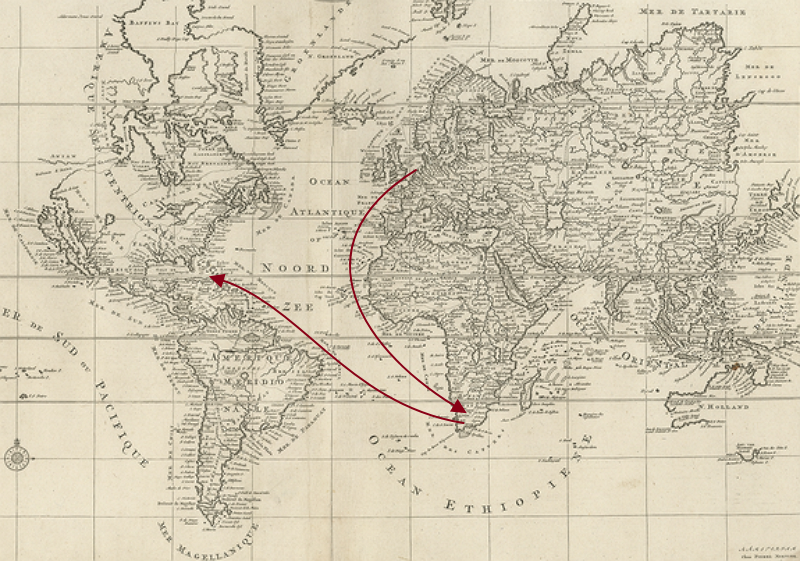 [A map of Hendrick's itinerary over the years]

The conditions on board are difficult and the military escort is granted in a cheap way. If the casualties made by a first storm allow a greater piece of supply per headcount, over time the situation degrades with the prisoners dying faster than their keepers and letting them with more and more workload to maneuver the ship.

Just before reaching its destination at Curaçao the ship got chased by pirates. She is finally captured after a pursuit of a couple of hours. The Dutch are mostly killed during the boarding. The survivors and prisoners are offered to join the pirate crew. Hendrik therefore joins them and grow in their company before becoming a ship boy and learning the basics of navigation, and piracy.

1694:
In order to remain unnoticed they don't take a lot of prizes, and live as much as possible, in land, hidden in a forest in the Caracas area in a modest but rather happy life. This is where, years later, exploring the ruins Hendrik finds a powerful artifact. Over time, he learns how to use it, unsure if a part of the power comes from him... His magical power grows while his physical appearance gets closer to a dead man. He starts to get rid of rival fellows and plundering villages. 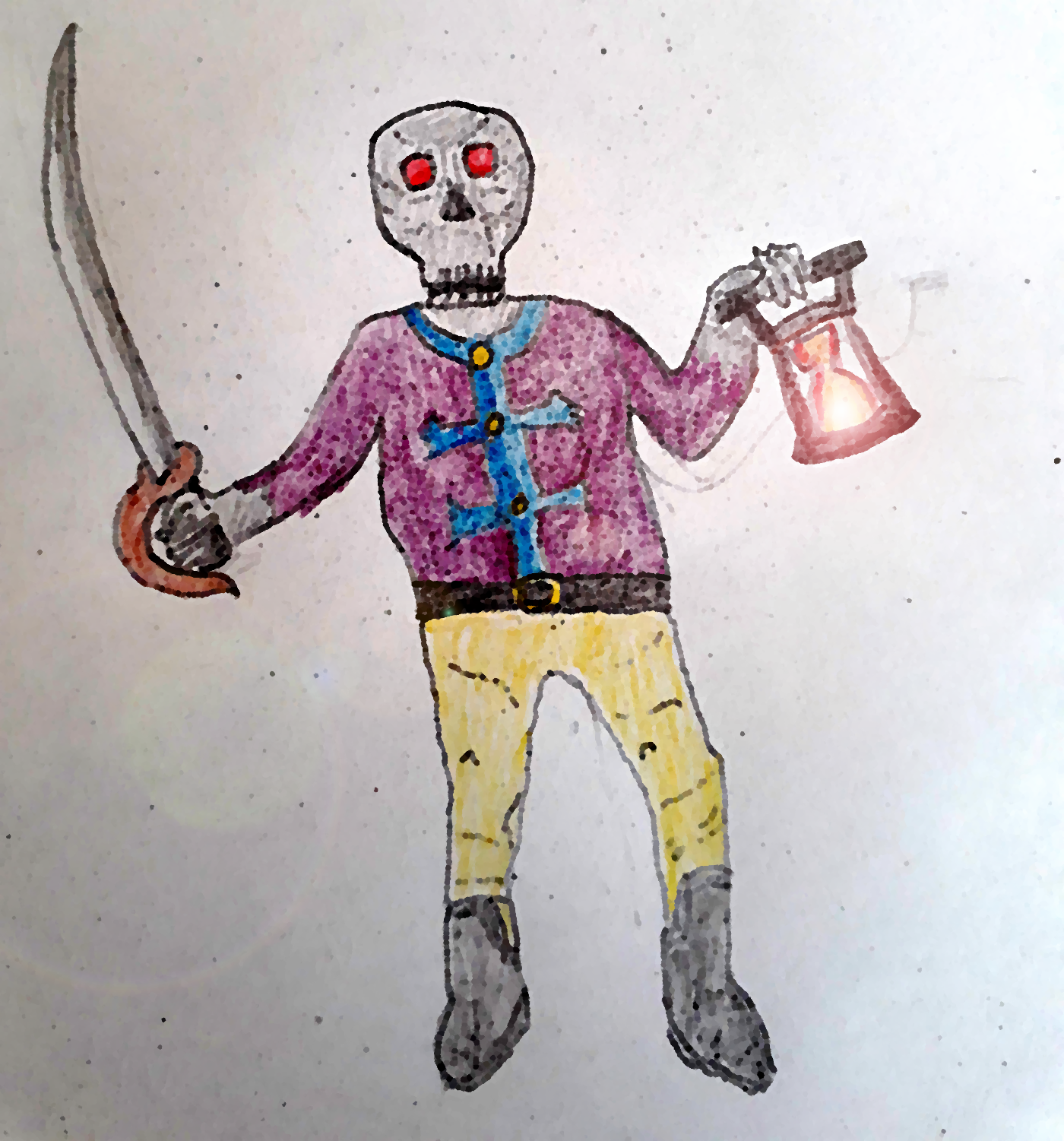 [What has he discovered?]

1698:
The panic spreads and the security is reinforced against the "Skulleye" threat. Nickname given after he seemed to have launched a fireball with a glow in his eye on his bone head.

1701:
The story becomes known and the most important empires start researches about the origin of the magic in order to also benefit from it.

1703:
Adventurers and merchants flourish pretending to have artifacts in stock. Which is mostly fake but the need for protection and the demand around it boosts the mechanical and technological progresses.

1707:
An armored gorilla is seen on a battlefield in the surroundings of Belize.

1717 [events depicted in The Golden Parrot original game]:
You arrive in the West Indies and vanquishes notorious pirates such as Blackbeard and Anne Bonny. A few months later you even fight with Skulleye and neutralize him. However the chaos remains and government takes that excuse to disallow you the agreed reward.

1719 [events depicted in The Golden Parrot: Against All Flags]:
You haven't returned to Europe. You have established your own hideout where you live and use it as a base to prepare the next raids. You now sail against all flags...

Introduction to the mod

The sequel of the Golden Parrot is in the pipeline! Discover below a preview of what awaits you.

A little sequence to show how we can use the crates and barrels at our advantage! That's just an option among others.

Nice! I liked the previous one

Single Player
Tags
Embed Buttons
Link to The Golden Parrot: Against All Flags by selecting a button and using the embed code provided more...