1st blog update: What I've been working on!

Its been a while since I've really done much on ModDB, let alone left a comment. I have however been very active in watching mods and playing some of the new releases. One of the newer releases, Empire At War: Re by Jeroenimo, really got my attention and got me into learning about XML coding in general, I was impressed at how great the game had looked/felt and how everything seemed to function normally 99% of the time. Through just a general exploration of his code I started piecing some of my own stuff together, learning how to add units in with trial/error, spending SO MUCH TIME trying to track down causes for exceptions and with all that I have gotten to this point so far:

Before I start I have some quick notes:

1- This mod is all built off of Empire At War: Re by Jeroenimo. The visual quality had nothing to do with me, he did an amazing job and I cant stand playing without the beauty his mod provides. Every single particle and projectile you see is from his mod.

2-This mod will never be released to the public, so do not aske me to. All of the content you see here has nothing to do with me. All I have done is coded these things into the game, every model, every texture was most likely created by either Jeroenimo, Jedi_Clone_X2 or Warb_Null. All images will have credits to make this even clearer. The amount of effort that is put into this content by people like the above mentioned 3 is remarkable and I have no intent of stealing their work.

3- Its f***ing fanon, please dont comment about how eras are mixed or anything like that. I know they are, its a project, not a legitimate mod for public release. 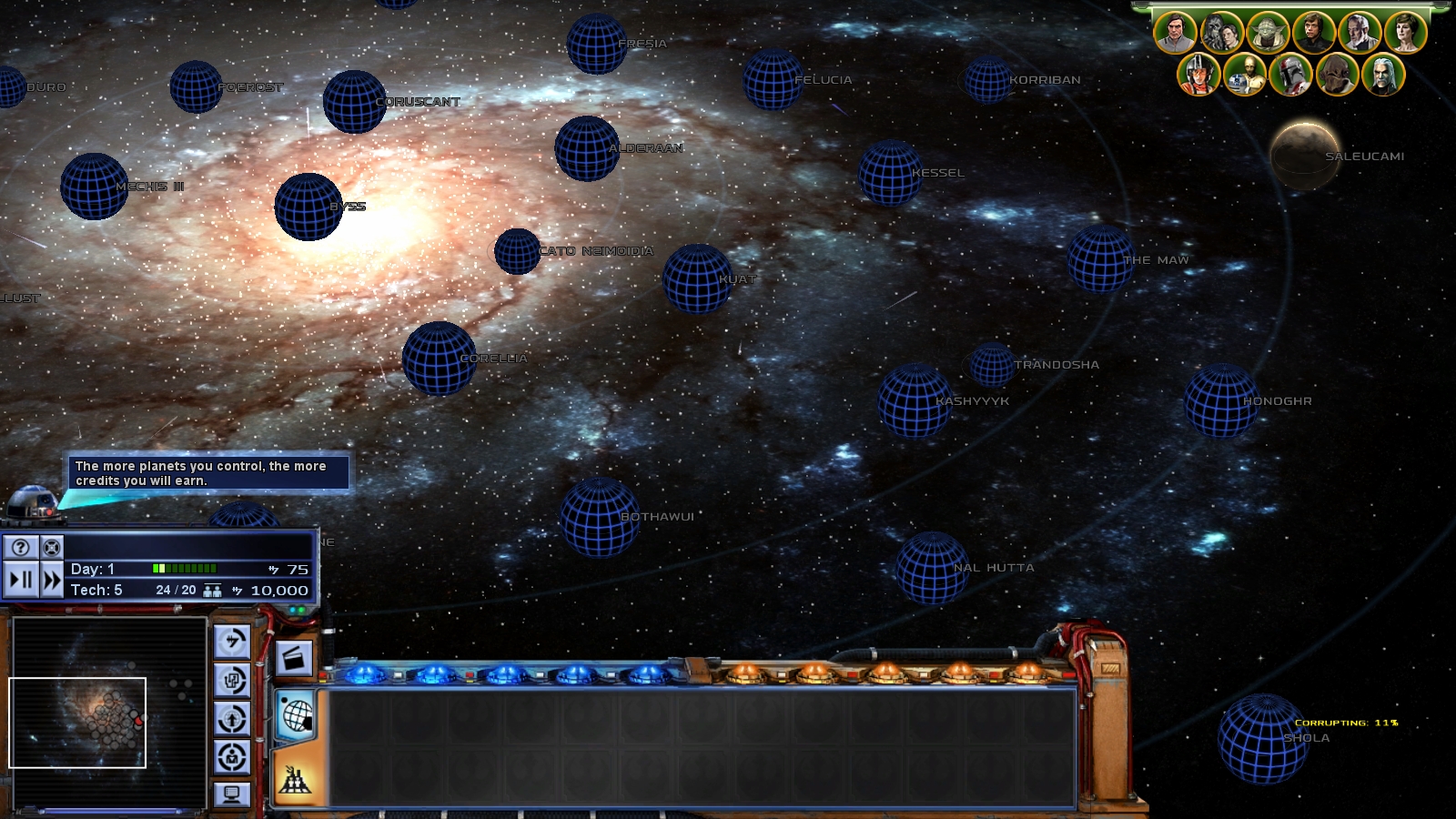 The first thing that I worked on was making my own custom galactic conquest mission (Resistance Rising). This was actually pretty easy, for me the hardest part was having to constantly open/close the game after editing a planets position to make sure it was in just the right spot. side note: im aware that basically none of these planets are in their canon position. 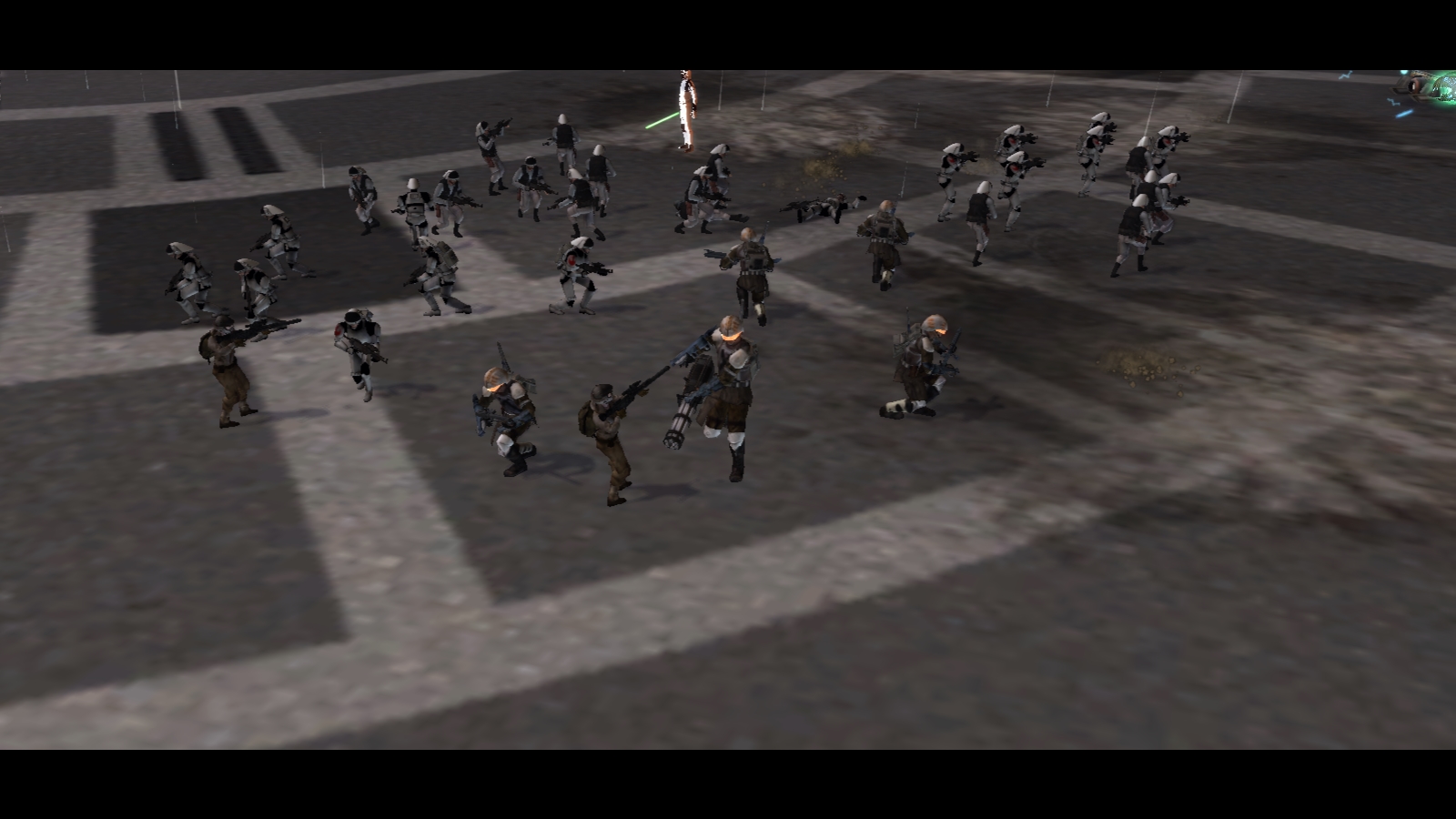 The thing I spent the most time on was coding infantry. Since all the changes I have made so far were to the rebellion (leaving the empire and consortium for later) I just had to try and make 50 different types of infantry to see what worked and what didn't. In this picture you can see elite troopers (orange visors), Recon units (sniper rifles), Heavy troopers (storm trooper armor) and regular soldiers (black shirt grey pants). All of the models you see in the above picture were from Jedi_Clone_X2's Star Wars BattleFront Commander mod. 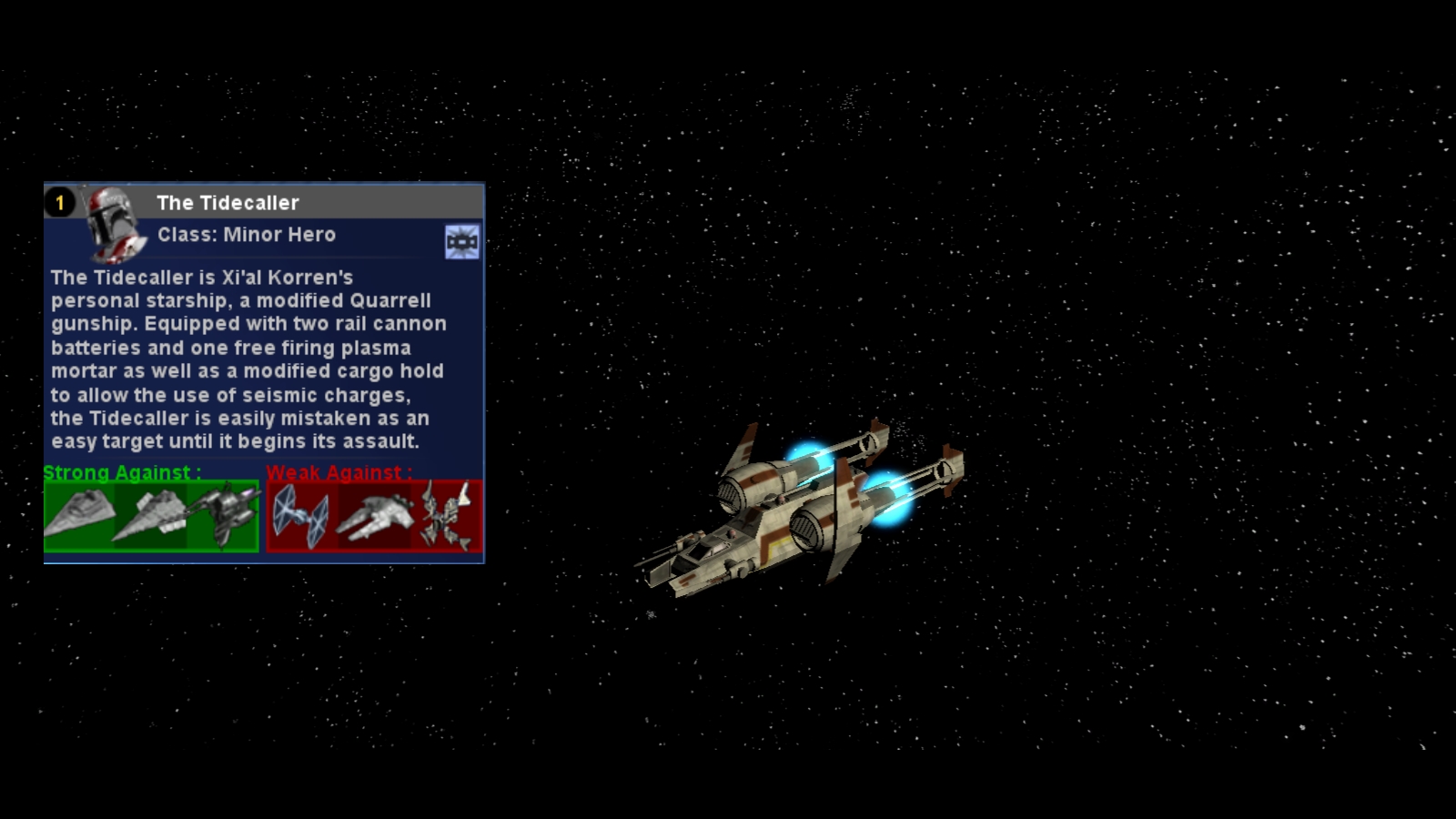 One of my biggest challenges was coding in this hero: Xi'al Korren. At first it was just copying the code from Bossk and changing basically all of it, SFX, Text tooltips, model names etc... But nothing I did got the hero to spawn, so I took 3 hours out of my life searching in all of the original FoC XML code for hero spawning or anything of the like. That finally pointed me to "Story_Rebel_AI_Heroes_EXP.xml" where I finally got the dude to spawn. The model used here was Warb_Null's Quarrel Gunship, the Icon was from the_Farseer's Rise of the Mandalorians mod. 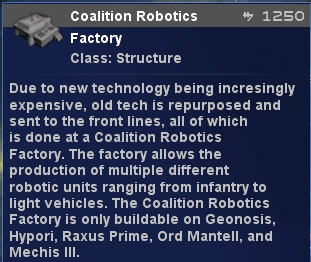 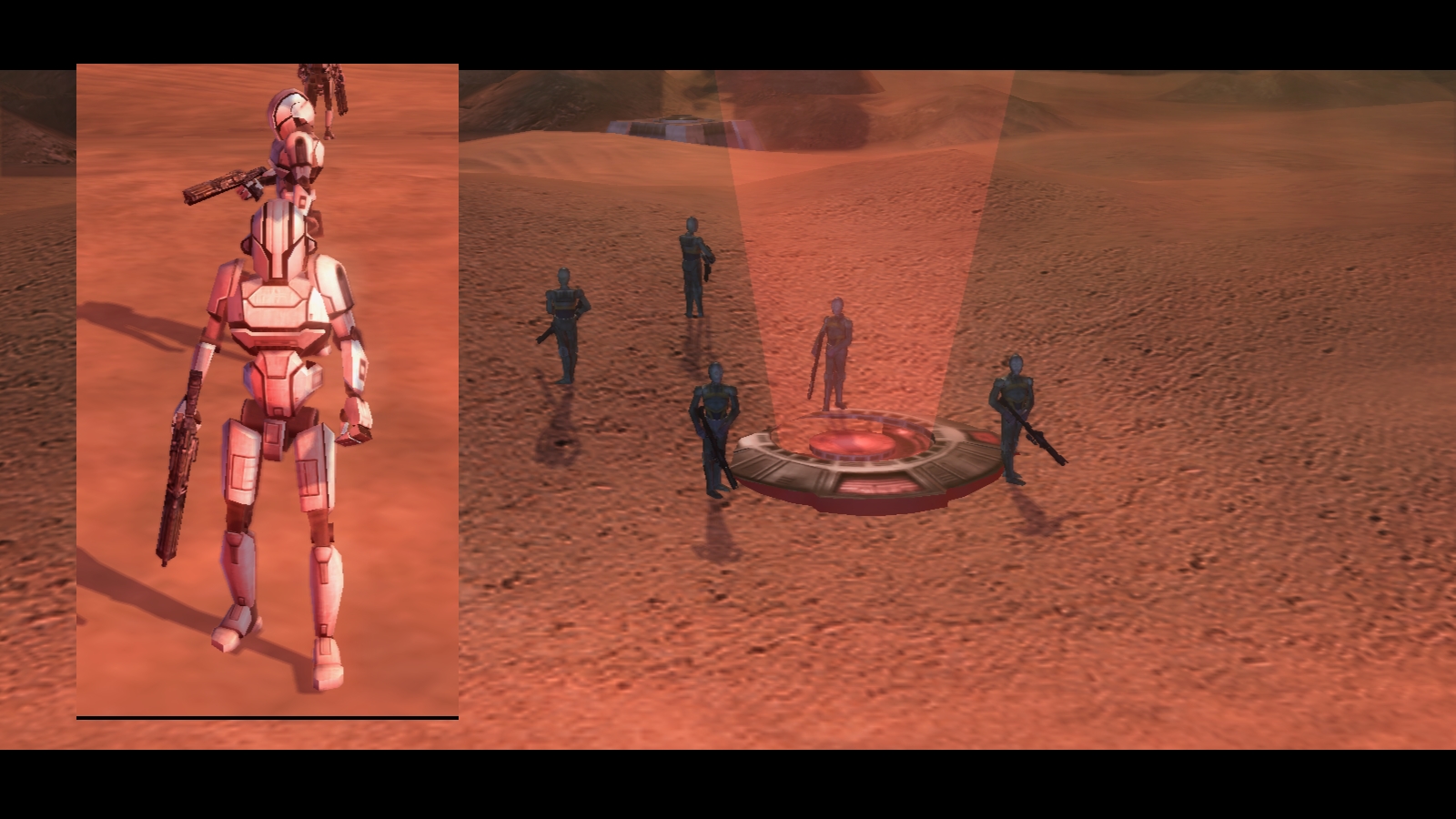 Just to quickly shoot back to the topic of infantry, since im so incredibly in love with the idea of the rag tag group of freedom fighters using whatever they can to get an edge, I just had to use some type of re-purposing right? The robotics factory is only home to the Legionnaire (right) and Sentinel (left) but I plan on adding some clone war era droids (Not Battledroids, but maybe some spider droids and multipurpose ones). The Legionaire is from Rise of the Mandalorians, the Sentinel was from the DARKTIMES mod by Jeedai. 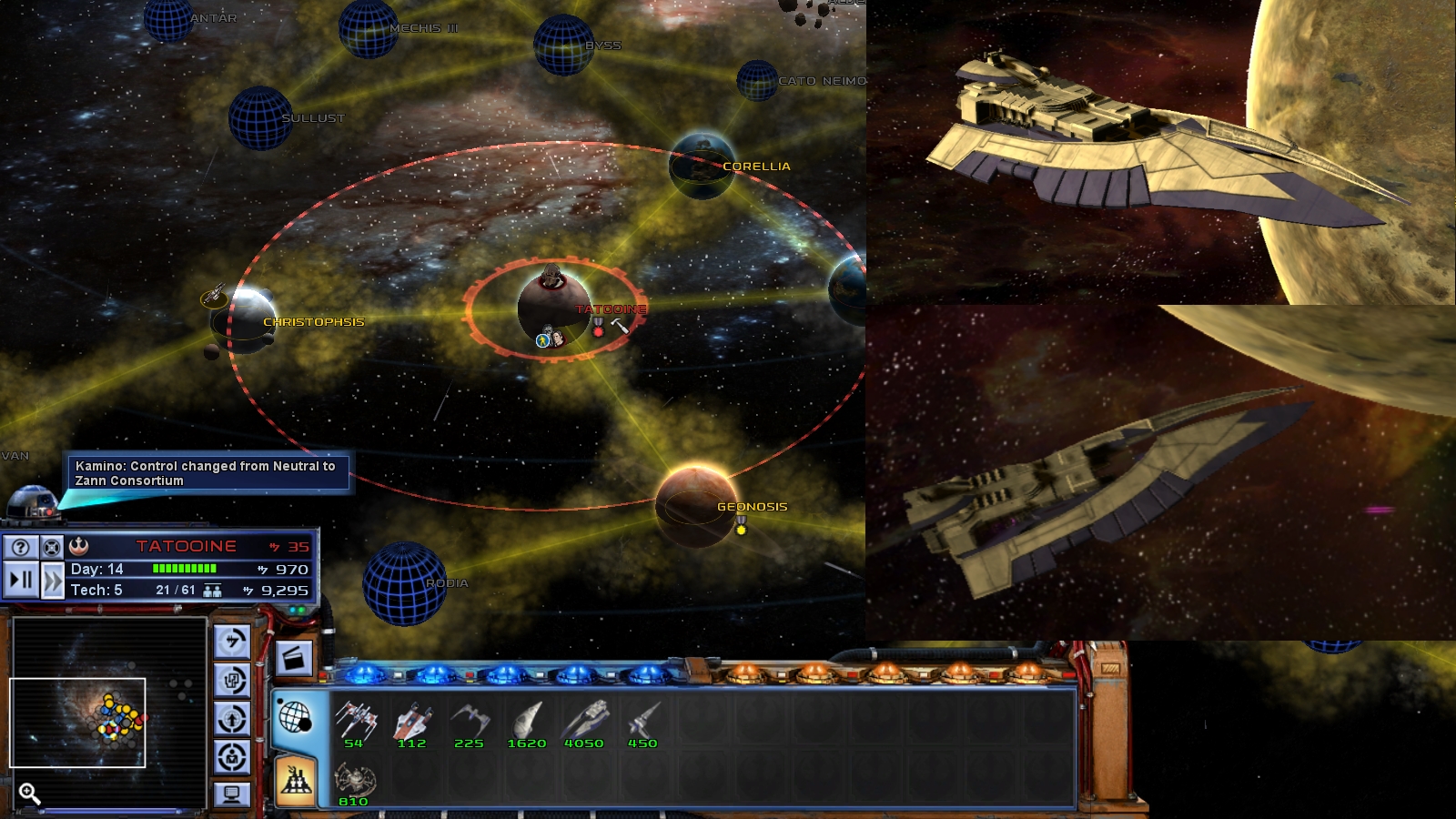 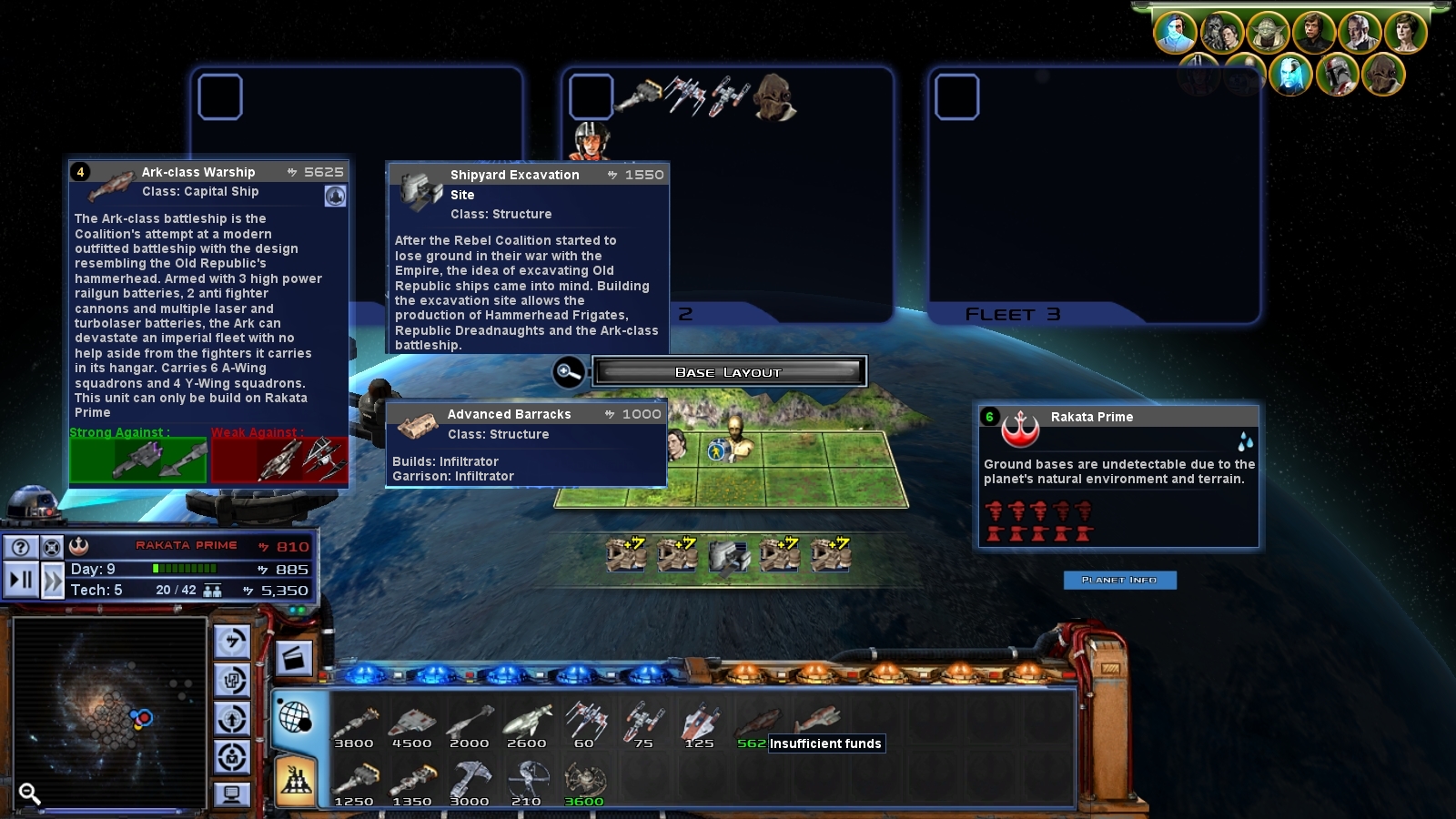 Something else I wanted to try out was planet specific units and structures. On Tatooine ships like the Scurge corvette (Not pictured, but is a free model release at Yuuzhan Vong at War) and Sabaoth Destroyer (Top picture) are buildable, but only on Tatooine. Same can be said for Rakata Prime, where and excavation site can be built, unlocking the ability to build Hammerheads, Ark Class battleships, and even the Dreadnaughts from Star Wars the Old Republic (Not KOTOR). This part was a lot of fun as I came up with my own little explanations for why/how it was all done. The Sabaoth Destroyer model and all the icons for the Sabaoth units, as well as the Icon for the Excavation site, and the in game model came from Republic at War. The Old Republic units on the other hand, were just more incredible work from Jeroenimo in his Old Republic at War mod. Both the Hammerhead, and the Ark (Which in his mod is named the Zenith) are from the mod, as well as the not pictured dreadnought. 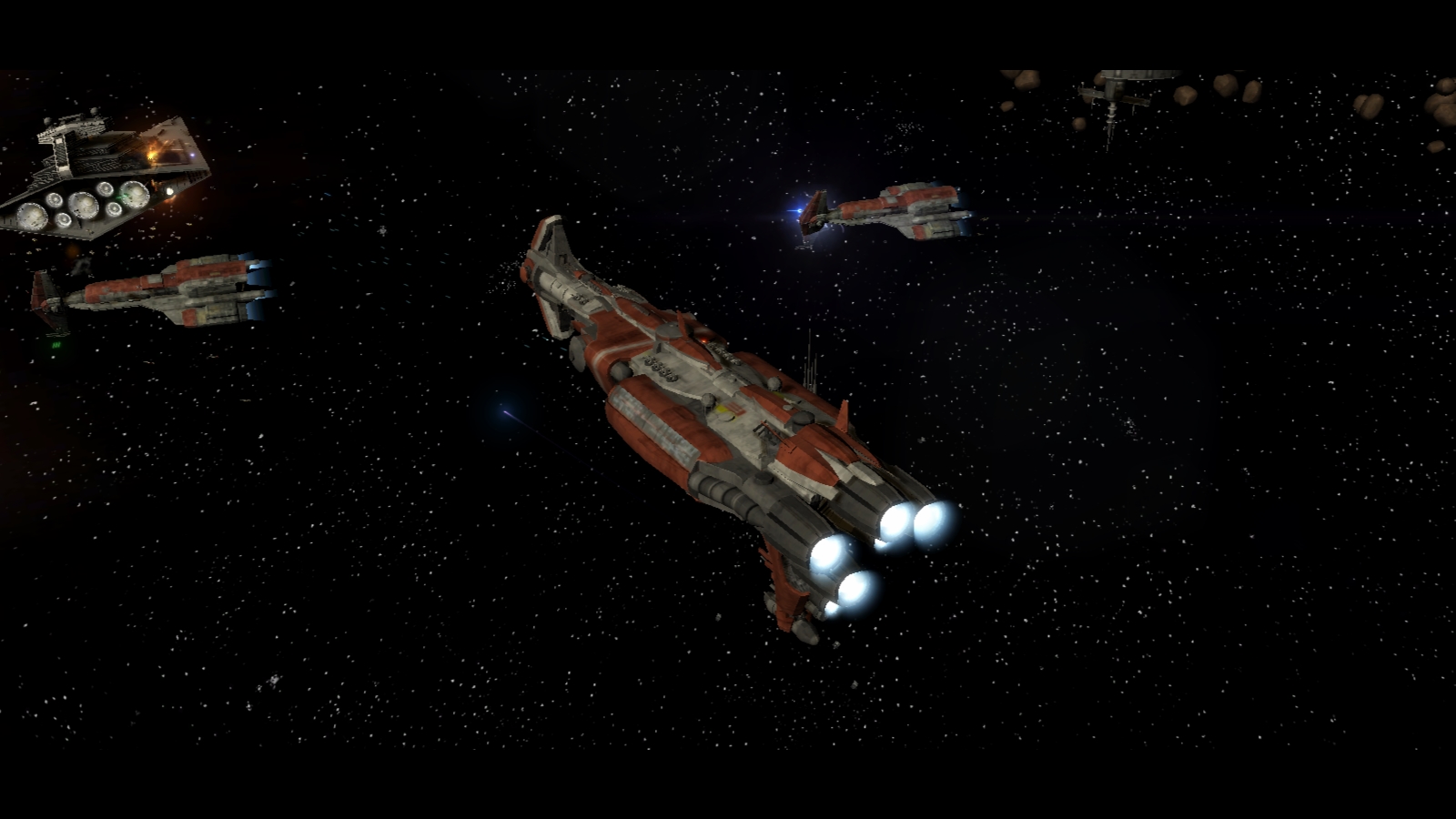 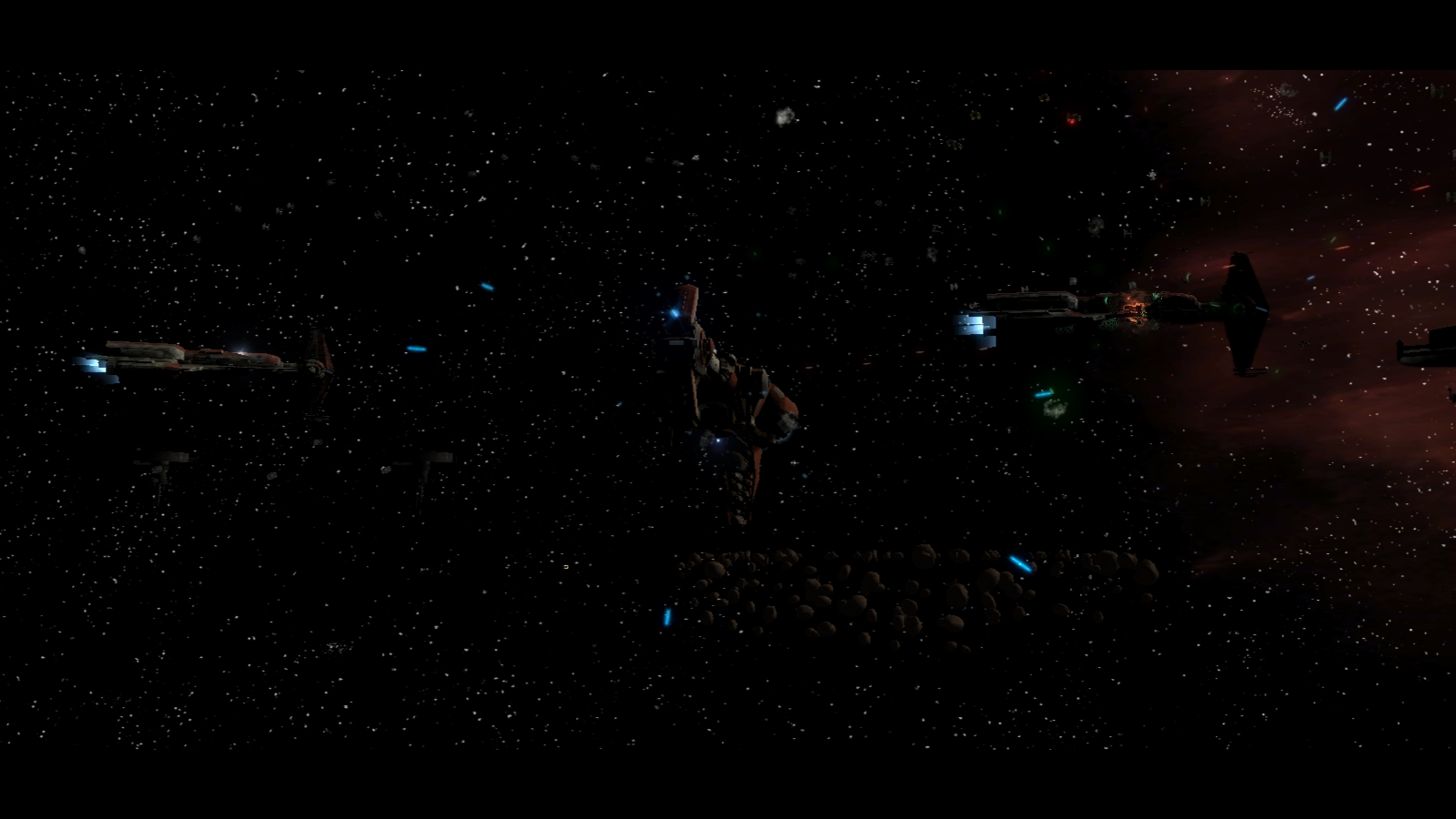 Just 2 action shots of the Ark and the Hammerheads. I'm a sucker for blue lasers, so I couldn't resist putting them on some of my favorite ships. Again, both models and their icons were from Jeroenimo's Old Republic at War, and they are top quality.

Well. That was a basic summary of what I have accomplished at this point. I plan on finishing up my work with the Rebels soon, just bugfixes and removing adding heroes to fit the time period (~10 years after the events of EP3) and maybe 2-3 more space units, then its on to the Empire!

I also plan on doing some story blogs about the mod, just general "Who is that/How did they get there" kinds of things.

Thanks for reading, and again, the only thing I did with this was code, and I want to thank Jeroenimo for making such an awesome mod that got my interest in coding stirred up again.

Home to the A Galaxy Divided mod team. Only Members.

Remember the time when we all were obsessed with a game called Battlefront 2. Wow that game was amazing, its seemingly flawless campaign, and the true...

This is a group for all of the Star Wars role-players on Mod DB to post their imaginary fleets for future battles.

This is the team that is responsible for the development of the The Second Clone Wars Mod.

So where's them model you promised us on the phoenix at war page?:P

Alright. It has been a while since discussed maps for A Galaxy Divided lol So, think you could pull some time into it?

were is them concept art you promised?:P

Uploading it to my PC...

Why hello there... lol