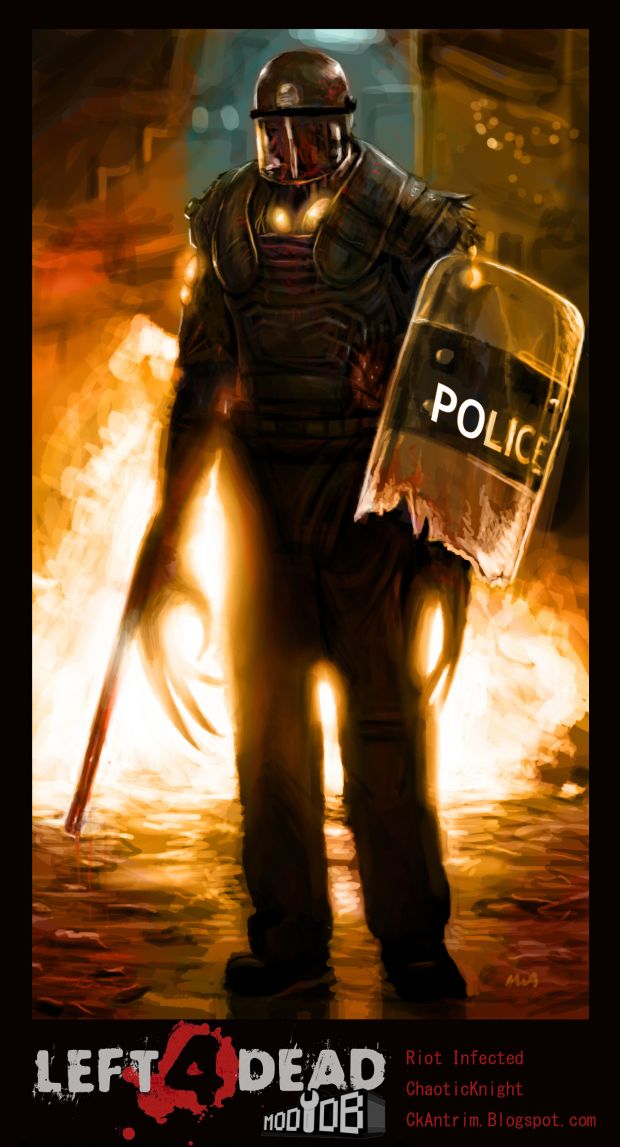 well painted, great use of colour and lighting, very nice concept, congrats on your win man:)

i think you need to re-read the comment above man

Whoa didn't even know there were comments on here! haha! Thanks guys!

this one is really cool, lights, environment..etc.

I call him Rioter.

This is my favorite out of all. I'm guessing he's hard to kill in the game because he has the armor?

oh this guy won? darn i liked the industrial thing better, but this ones frikin awesome too. i can see fighting those.

MY FAVOURITE MONSTER I WANT HIM IN GAME XD

well I'll be damned, that zombie is wearing armor!

A variation of this guy is in L4D2.

Do you think Valve got the idea from this?

this type should be well sanded
very cool XD

Riot Police Infected. The blood of its victims is cast all over its protective suit of armor. Because of its riot armor, its a lot harder to kill, and while its not aware of the weapon and shield attached to its suit, when it flails its arms they are just as deadly.

The riot zombie walks slowly, but because of its highly armored state, when allowed to close in it can inflict serious damage very quickly by flailing its arms (and thus its shield and beat stick). It can also rip chemical boils off of its arms and chest and throw them, where they explode upon impact like grenades. These infected boils have a strange glow to them, this makes the Riot Infected a bit easier to see in the dark, since the rest of its body is covered in a dark suit.