Air defence is defined by NATO as "all measures designed to nullify or reduce the effectiveness of hostile air action."[1] They include ground-and air-based weapon systems, associated sensor systems, command and control arrangements and passive measures (e.g. barrage balloons). It may be used to protect naval, ground, and air forces in any location. However, for most countries the main effort has tended to be 'homeland defence'. NATO refers to airborne air defence as counter-air and naval air defence as anti-aircraft warfare. Missile defence is an extension of air defence as are initiatives to adapt air defence to the task of intercepting any projectile in flight.

Until the 1950s, guns firing ballistic munitions ranging from 20 mm to 150 mm were the standard weapon; guided missiles then became dominant, except at the very shortest ranges.

The essence of air defence is to detect hostile aircraft and destroy them. The critical issue is to hit a target moving in three-dimensional space; an attack must not only match these three coordinates, but must do so at the time the target is at that position. This means that projectiles either have to be guided to hit the target, or aimed at the predicted position of the target at the time the projectile reaches it, taking into account speed and direction of both the target and the projectile.
Info are from Wikipedia.org
(header image done by vlado32) 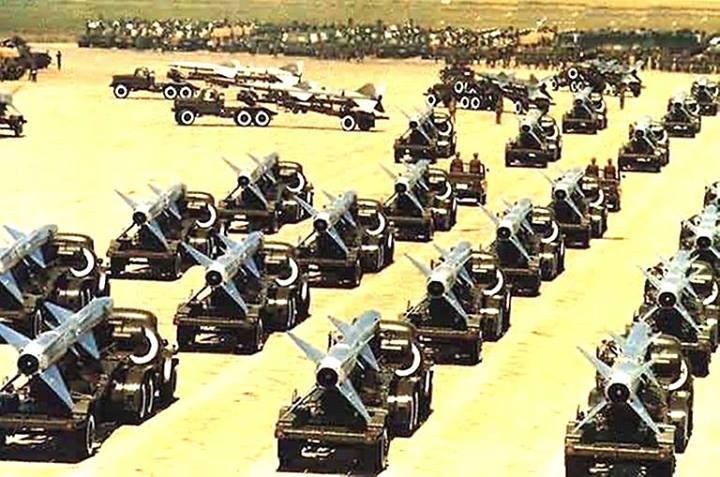 The long run to update all our vehicle skins to PBR continues.

Who's awesome? EU is awesome!

Far in the Eastern steppes, an enemy yet unknown and potentially superior to any existing global power was acknowledged what impact will have EU's research...

Latest version of CSLA Mod for Arma 2: Combined Operations has been officially released.

"After the Fall" Announced!

Demigod Studios is very proud to announce its newest game in development. Are you ready to take part in this war?

First a little lecture. Hundreds of science-fiction and pseudo-science-fiction games are released every year, but most of the times we hardly remember...

Hi everybody! i'm new on this group :D

Some food for thought: Ausairpower.net

The mos ironic in the fact of clearing the skys is that one generally doesn't do it only to protect their Ground forces but also to protect and help their own Airforce !

And then C&C Generals has prophetised our future
Gizmodo.com

It sure takes a step towards the Avenger, but it still laks the real anti-aircraft twin lasers...

And it is not the only thing in which C&C Generals had foreseen seomthing... The whole story in the game is marely right except that they didn't xant to offend Russia and put China instead. Then, you should all look at Rise of the Reds mod storyline, the futur described for 2040 could be happening in real life much sooner than we think !

Now that's what you call it 'weapon malfunction'.

Every countries army have their mechanical or human malfunctions every now and then.

Technology can be clueless sometimes. It really can become dangerous when human don't look at it closely enough.
As would say the Tungunska's voiceover in C&C Generals Rise of the Reds mod 1.85: "What was that ? Oh, just a fly !"