Explore the Legend of the Monkey King

The Sacred Scroll that maintained the harmony in our world has been torn to pieces and scattered. Now, wretched creatures roam the land leaving chaos in their wake. Only four totally opposed and implausible heroes Sanzang the wise, Wukong the fearless monkey, Kihong the greedy pig and Sandmonk the sensitive brute) can turn back that dark tide. Well, at least they'll give it a shot!...

Let's Kung-Fu them all!

Inspired by the timeless Chinese novel ‘Journey to the West', take control of four unlikely heroes that battle a diverse lineup of enemies and show off your Kung-Fu skills.
Seamlessly swap between heroes and journey west across stunning different environments in order to hunt for the scattered remnants of the Sacred Scroll.

Play solo, up to four player local co-op, or PvP (local, online) and face the terrible challenges that lay ahead. 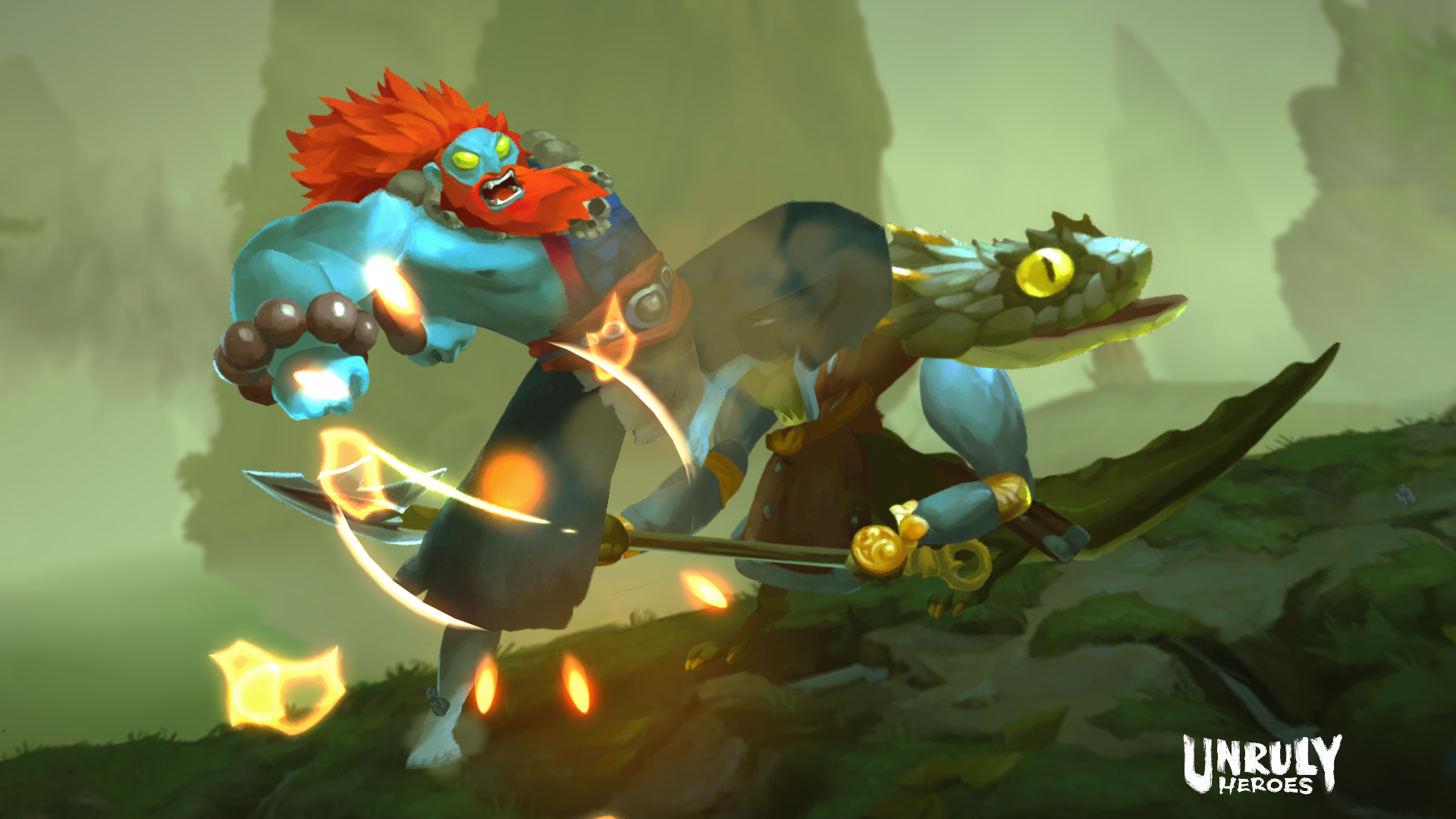 The free Official Soundtrack for Unruly Heroes is available NOW ! 40% OFF on the game to celebrate!

The free Official Soundtrack for Unruly Heroes captures the fantasy and asian universe of the game.
To depict the great moments of Unruly Heroes - from excited exploration to intense acrobatic boss fights - composers Caisheng Bo and Julien Koechlin have draw their inspiration from the Pekin Opera (a Chinese folk music form) and western epic scores.
The soundtrack is over an hour of original music (32 tracks - MP3 320kbps).

Unruly Heroes has been nominated for "Best Character Animation in Video Game" for the 47th Annie Awards. 🙌😊. Our team is honored that ASIFA-Hollywood...

Unruly Heroes releases 28th May on PS4! Check out the new trailer!