Mario is invited to Peach's castle, but when he arrives Peach is nowhere to be seen. He soon learns from Toad that Bowser has once again kidnapped her. The Koopa King has also put a spell on her castle,
imprisoning her subjects. So it is up to Mario to break the spell and rescue Peach.

Travel through many different worlds, fighting Bob-bombs, Koopas, and some new and interesting creatures. You must enter each world by jumping into paintings. You have to collect stars to unlock more areas. Defeat Bowser on each floor to get a key to unlock big doors and enter more floors, which contain more areas. Work your way through the game, and then defeat Bowser to rescue Princess
Peach.

Movie Battles is a class-based, team-orientated Multiplayer Total Conversion for Star Wars Jedi Knight: Jedi Academy. 15 years ago today the original Movie Battles released its first full version for Jedi Outcast. Hard to believe isn't it? On eve of the release of a new Star Wars movie none the less! We wanted to take this opportunity to show off some of the upcoming changes to Movie Battles II.

We're a small team that played PW together for years. Around two and a half years ago we (or our predecessors) founded a server on PW. The server has been up since that point, having its ups and downs (For those that are interested, PW is still very much alive - 200/200 slots filled every day at peak times). Recently, a poll was made on whether we should make a custom PW mod. The community responded positively so we decided to start working on the Persistent Kingdoms mod. 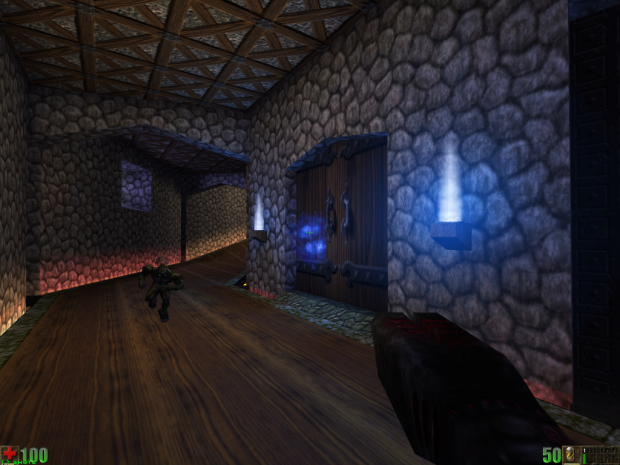 Introducing a new story, continuing the lore of C&C: Red Alert (1996) with new campaigns and taking advantage of the modernization of the classic C&C titles with the OpenRA engine! With its optimized game experience Red Alert - Unplugged aims to serve both casual and competitive play within the mainstream RTS playing community.

Here’s how the ease of Nintendo 64 ROM hacking has lead these incredible mods created by Kaze Emanuar.

Super Mario 64, but as a dragon

Always fly, shoot fireballs, and play as a dragon! Character by KasperZERO; Model by Estefanoida; Import by Kaze and inthebeef

Makes the camera follow Mario instead of his head, doesn't try to cover the animations, removes a bunch of camera bugs that ppl found in the other version...

This demo is to show off what SM64Paint can do right now and the potential graphics SM64 can pull off. If this ends up getting a lot of attention, I'll...

Finally got around to playing Odyssey and realized how cool it's physics are. This recreates what i remembered about Odyssey in Mario 64's engine. Controls...

the story gets kinda old, peach always gets kidnapped they should work on better plot!

In a way I agree but changing the plot to the games wouldn't be a great idea all that much. Due to how many fans Nintendo has, it could end up backlashed and a failed sell of a game. The difference in gameplay is good, beats the 2D pixel, side scrolling platformer.