Thanks for voting and helping The Wanderer - Bloodlust on it's quest to become the 2022 Indie of the Year. You are now in with a chance to score some free games. Help this game secure more votes by embedding the widget (or link) we have included below on your favorite sites.

Added weapons, that you can find in the world and use.

Created an attack animation for One Handed weapons:

There are 3 types of Melee weapons: Swords, Axes and Maces.

Swords have a chance to inflict Bleeding, which deals extra damage.

Axes cleave multiple enemies in an arc dealing a %of the damage to everyone close to you.

Maces have a chance to Stun enemies for some duration.

When you are Stunned you cannot do anything, not even opening the inventory or any window. 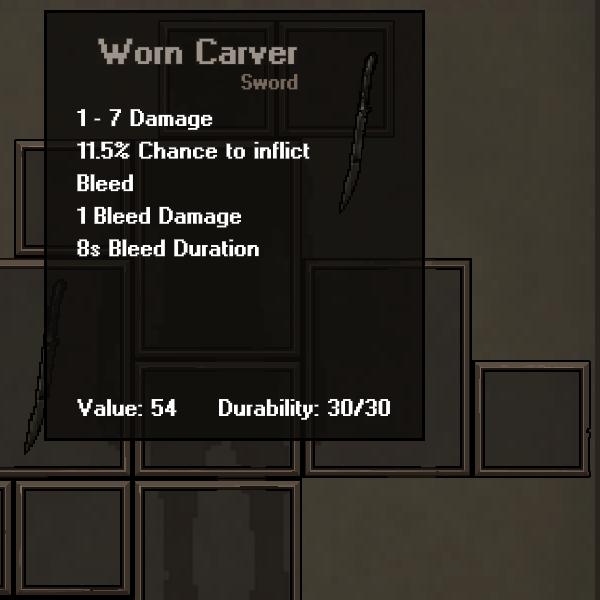 The ghost clone slashes the adventurer, causing him to bleed: 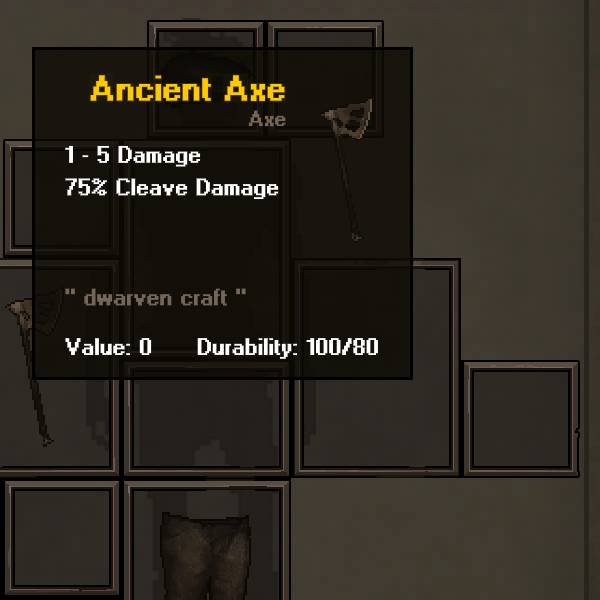 You can cleave multiple enemies in a single hit:

The original target takes normal damage, and the cleaved targets take 75% of the damage.

The % is based on the weapon stats. Some Axes will only cleave for 25% of the damage and so on.

With a weapon such as this Carver: 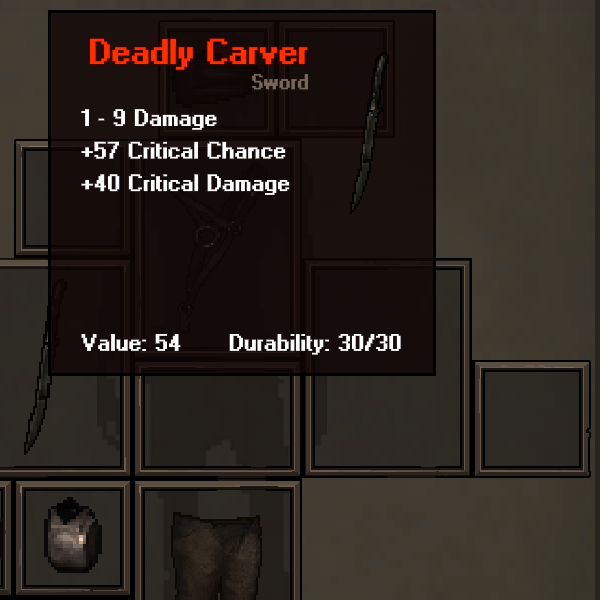 You can deal dangerous critical hits:

63% Critical Strike Chance means more than half of the attacks will crit for more than double damage.

You can even get perma stunned if you're unlucky:

The adventurer tries to attack but the animation is cancelled.

So be on the lookout, you never know what crazy weapons you might find.

While working on the animation system for the player, the weapon and player layers were desyncing causing the weapon sprite to disappear sometimes.

I looked a lot for a way to fix this, and I finally found a function in the documentation that was pretty hidden but couldn't get it to work properly. 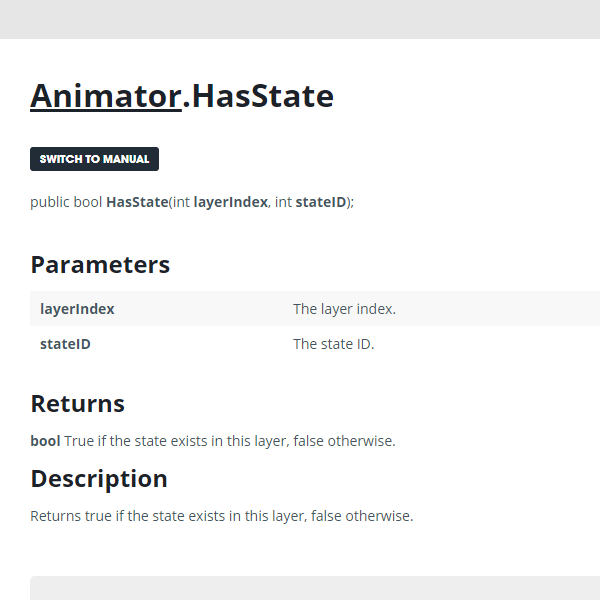 I looked for hours and couldn't really find anything, then as a joke I opened the chinese documentation page, but it actually had some new information that made me want to give it another try, and it worked! 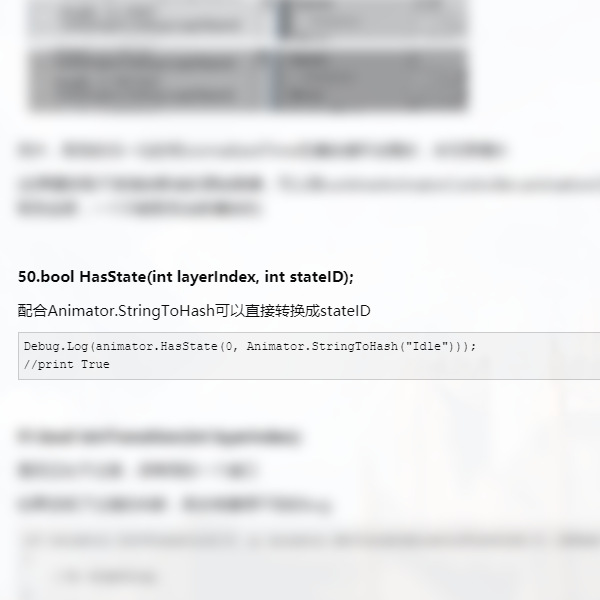 I tried using that function before checking the chinese page but I was using the wrong layer, so the chinese page had more documentation and actually helped me solve the problem. So the lesson here would be to always check all the search results even if they're in different languages.

New content update, added Stats, Tooltips and item rarities. Now the items display all the stats they provide, their value and some of them have random...

Implemented gold mechanics. Single coins and gold stacks that can be gathered from the ground or from containers.

Added the ability to loot containers and store items in them and a new item type called bag, which allows you to store a few items into it, extending...