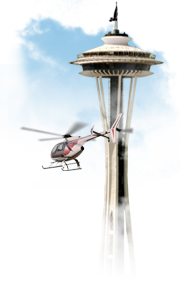 Set above beautifully rich landscapes, it challenges players to master an authentic flight model,
immersing the player in the role of a civilian helicopter pilot.

Storyline:
Harry Larkin's aviation business has fallen on tough times. Built up over decades, it's now only days away from closure.
His sons face an uncertain future, struggling to save the company their father spent his whole life building.
Together, they must take on contracts and competitors; together, they take on helicopters!

Our brave boys are taking on La Ville-Lumière at the 6th Annual Paris simulations expo, starting today, September 30 through until Oct 2!To support them in their effort, we’ve created a helicopter-load of new assets, which you may greedily feast your eyes upon below.

We hunted down two of our top men to answer a few questions on programming Take On Helicopters, created some brand new screens, complied a technology check-list aaaand last but not least, put together a new video showcasing a small part of our rope simulation: sling-loading! 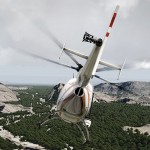 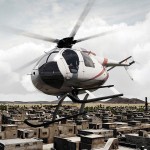 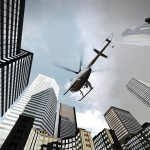 Here’s an extract from the full interview with a couple of Bohemia Interactive’s Senior Programmers, Frantisek Novak and Jan Kadlec:

How does Take On Helicopters differ to the previous projects of which you’ve been a part?
Frenkee: Take On is, from my point of view, a different game, when compared with OA or A2. OA was “just” an A2 extension, that is, the underlying gameplay was same – the goal was to add new features and improve/fix existing features.
Řrřola: There is more data in TKOH than in any previous BI game. In A2OA the designers tried to work inside the constraints of the engine; in TKOH they overrun them and tell the coders to make it work.

Be sure to read the full interview across on the main Bohemia Interactive page, along with a whole bunch of new screenshots!The new video below demonstrates a little of the sling-load aspect of our rope simulation!


We’ve created a small ‘technology check-list’, where we;ve tried to be honest about what our flight dynamics are capable of, and where we see room for improvements, as we support the game after its launch on October 27:

As a copilot player can operate infrared camera, searchlight, doorguns

We've put together a short devlog on the topic of animations in Take On Helicopters!

The Take On Helicopters Pre-Order Beta rewards those who’ve pre-ordered the game with a generous batch of early-access content, playable above a huge...

We're delighted to announce a pre-order offer for everyone who's eagerly anticipating our new helicopter game, Take On Helicopters!

First interview on Bohemia Interactive’s next project, Take On Helicopters

The 1.06 hotfix for Take on Helicopters.

The 1.06 cumulative patch for Take on Helicopters.

Take On Noisecontrollers is an entirely free DLC for Take On Helicopters. Fusing two seemingly disconnected worlds, it is one of the first forays of hardstyle...

The 1.05 incremental patch for Take on Helicopters.

The 1.04 FINAL patch for Take on Helicopters.

Bohemia Interactive has released a beta patch for Take On Helicopters that takes the game up to version 1.04.

I'm big fan of helicopters. Thanks BI for making this game <3

You must be kidding?

That is one smexy game

Will the hind dlc comes here too?

i got the game on steam. it needs about 16 gb! even if in the descipiton stands 8. please make room on your hdd and i hope it work for you! :-)

Twitter
Tags
Embed Buttons
Link to Take On Helicopters by selecting a button and using the embed code provided more...