Another realistic, 3D war simulation from the developers of well-rated Operation: Flashpoint. Unlike OP:F, Armed Assault will feature not only open-air, massive area firefights, but also tactical operations in various cities, and other urbanized areas. The game is created mostly for the multiplayer mode, but there'll be a big campaign for singleplayer, too (developers stated that the NPC's will have very high AI, their behaviors will include not only shooting and chasing, but also, for example, setting traps).

Armed Assault will focus on team-work, in similar style that Battlefield 2 does. It is supposed to be very tactical, victory will require cooperation and usage of various equipment and vechicles. The weaponry will include submachineguns and rifles (MP5, M4, AK-47), shotguns (SPAS), sniper arms (M82A1, Dragunov, Steyr), and probably other heavy weapons like rocket launchers, and stationary MGs.

A small US Army contingent has been sent to the Atlantic island of Sahrani with the purpose of helping to train the army of the local pro-American monarchy. The Kingdom of South Sahrani, rich in natural resources, has always been at odds with its Northern neighbor, the Democratic Republic of Sahrani. In recent years however, the situation has settled into an uneasy yet peaceful coexistence.

But the Democratic Republic of Sahrani sees the training of Southern troops by the US as a threat. When they learn that the US troops have finished their deployment and are in the process of shipping out, the North prepares to strike while a false sense of security still occupies the minds of their Southern neighbors. 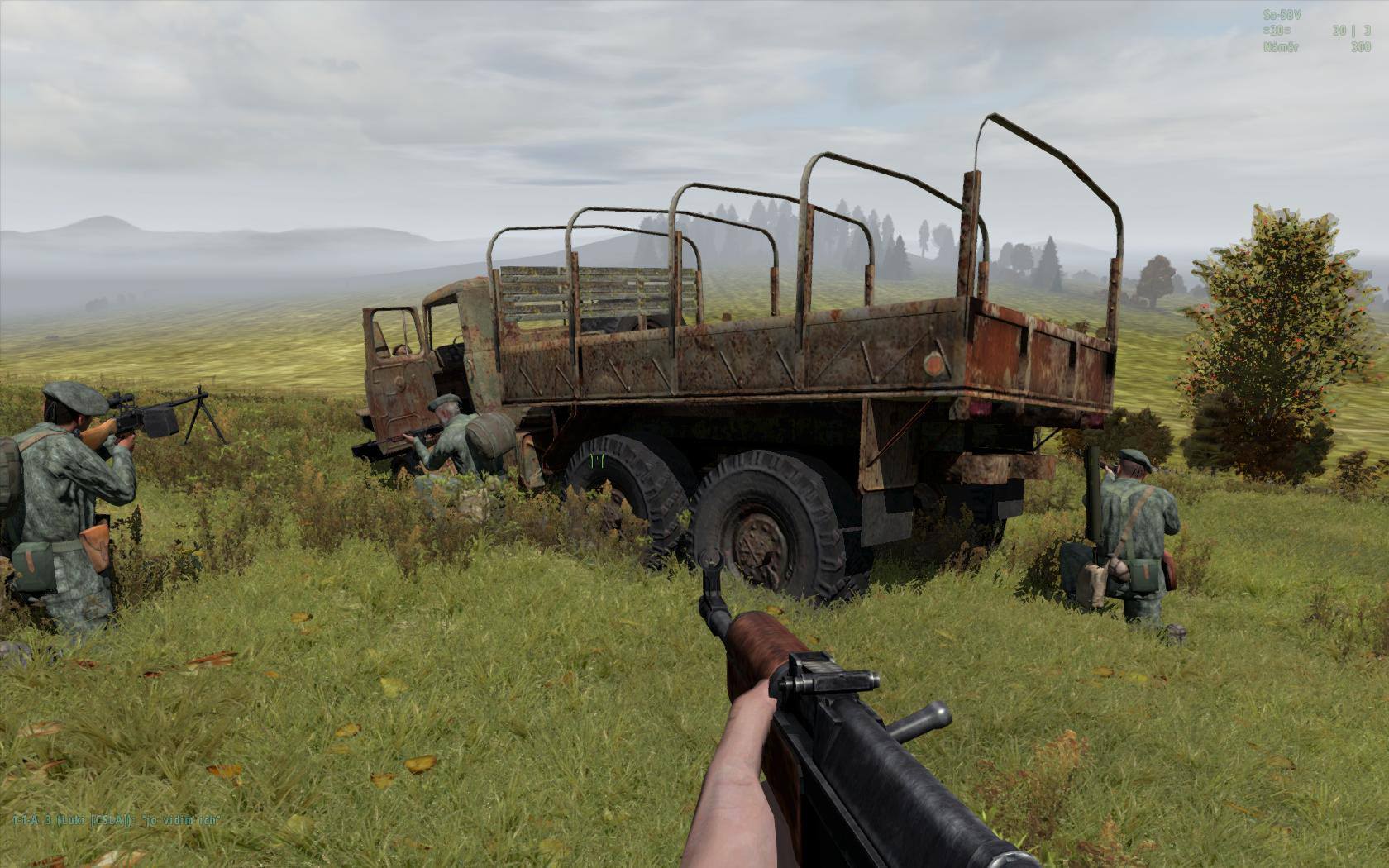 Concept of mission is COOP so players will be fighting against the AI.
Mission is currently tested on the default island Chernarus and on the main island of ACR DLC - Bystrica.
Stay tuned for more details, in-game pictures and maybe video ;)

Armed Assault is a first person tactical military shooter with large elements of realism and simulation.

After a long development cycle we're pleased at last to release our 4th addon pack containing the AH64A in 3 different versions, in Greek, Us and RACS...

we are pleased to present you our current WIP: The beautiful -and deadly- Hellenic Army Aviation AH-64A Apache Attack Helicopter. The whole project is...

This add-on contains the Soviet export version of the Mi-8, Mi-17 modification "Gunship".

This addon contains an extended version of the variations of the American army SUV HMMWV.

This addon contains an American unobtrusive multifunctional fighter-bomber of the fifth generation with a short takeoff and vertical landing of the F-35...

This addon contains the Soviet MiG-15bis jet fighter (according to the NATO codification: "Fagot").

After disappearing of armaholic.com this site is the last stable source of independend and free Arma-1-2-3 resources.

Some servers may not run all day, in the evening or at weekends.

Quarantine mod if anyone can upload the full mod can't find all the bits, cheers...

Does anyone still play this multiplayer?

Can't get it to the point where you can read the graphics....total waste of my money

Are amazing graphics.. i hate a game charged of stupid and unrealistic graphics... this game is a simulation ... the graphics are acording to that simulation...

Graphics aren't the point of this game, Jesus why can't CoD whores get that into their small brains..........

The funny thing is that COD has **** graphics lol

Not really, it has awesome graphic in the new COD AW