SSTCGO is a Indie-fanmade, free for all, multiplayer and online game created as a tribute to the Anime/manga series: Saint Seiya by Kurumada. Only for entertaining fan purpouses. It was created from zero, and completely designed by us, the SFTeam (One main programmer). Original playable SSTCGO was launched on 2009, and the project started on 2007.

SFteam is a group (with no more of three members) that with a huge work and sacrifice develops this kind of games for other fans like them. All their work its created from zero and programmed completely by them.
We don't sell anything, but we are offering some prizes if you cooperate donating by Pay Pal.So, If you want to help the project, donating it's one of the best ways because VPS are quite expensive, and we are having economical problems at the time.

NOTE: The game is available only in spanish, but will be translated to English.

Well, to play this game you just need two things; first register on www.sstcgo.com and then download the client launcher here or in the site.

This weekend another update is coming, in order to solve some minor mistakes. If you have problems with the selection of the beginner's deck, please contact me.

The client of the original SSTCGO. Be patient autoupdate will upgrade the game if there existe any changes and it isn't very fast. Note: Be sure you're...

Sadly, no. But I'm working on a second version in english. 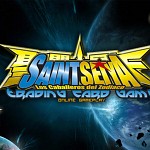 Skulls of the Shogun Turn Based Strategy