Game
Start with a small ship. Mine asteroids. Get resources. Transport. Build bigger ships. Fight with other ships. Harvest parts. Optimize your ship power supplies, weapons, thrusters, shields. Find light speed engines & move to other parts of the galaxy. Build your own base, setup defenses. Resist to alien waves. Have the best base. Test you base against real players. Go to fight other player bases. Be a hero. 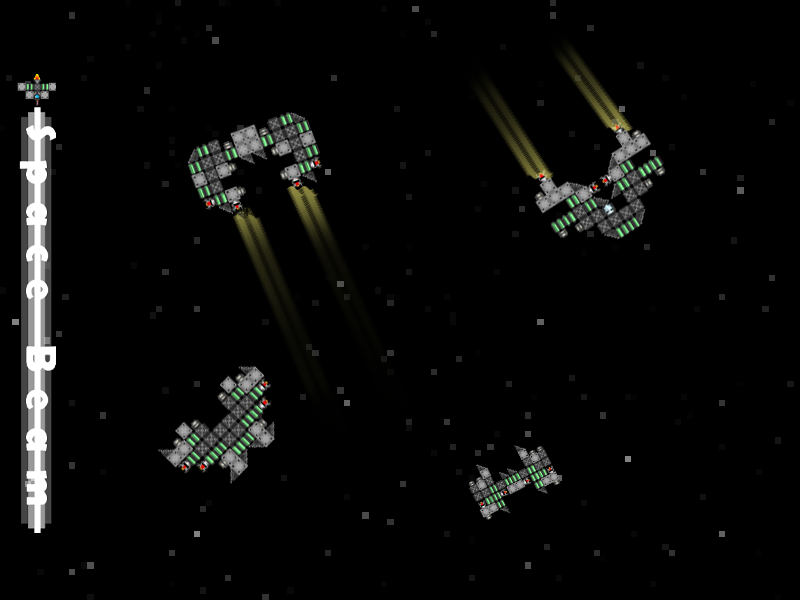 Scenario
You have a small mining ship and work as mining asteroids. Sometimes, you get stuff, from old ships crashed on asteroids. One day, you find a transmitter, transmitting signal from what seems a big alien ship. You start looking for this ship... 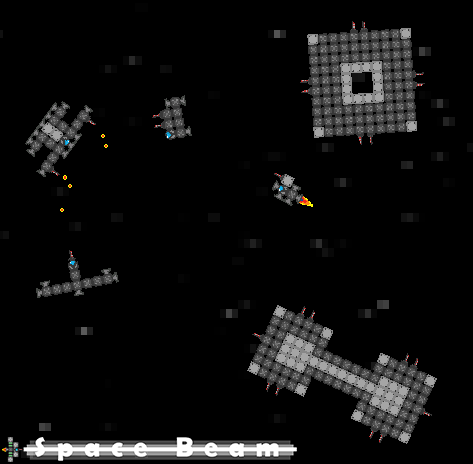 This is made using direct OpenGl calls using the good textures. I see if I change this, but for now it's the easiest way for me, even if I'm using Unity. Textures are actually 8x8 to keep the pixel art feeling, but it's really small to draw things !

You can see more of the first graphic look in this video.

Weapons now fire some bullets. Bullets will only add some force to target ships. In a near future, ships will be broken in parts. I did not used Box2d for bullets as I wanted to control exactly the way the behave.


The game has surprised me !

A funny thing is that depending on the ship size, weight, and thrusters, placment, the behaviour is really different.
As you can see in the video, the big ship at the end is completely unexpected ! But it took him so long to target me that he appeared only at the end of the video, and as he's got nearly no brake thrusters, he hit my ship !

How is the ship physically simulated ? In fact, this is very simple !

IS this game dead? Really want an update.

Awesome! Keep updating.
A few questions:
Will this be free game?
Is it multiplayer?

A little question:
Any release date??? or some alpha??? or something i can play yet????
would love to see something =)

thank you for your interest
good news : the game uses unity and runs in webplayer !
bad news : the version isn't alpha yet and is not planned to be playable before 2 months :(
I'll keep you in touch !