Rise of Nations: Rise of Legends is a real-time strategy game for the PC made by Big Huge Games, and published by Microsoft. It is the spiritual successor to the popular game, Rise of Nations released in May 2003. However, rather than being a historical game, it is based in a fantasy world, where technology and magic coexist.

Finally, i am able to continue developing the mod. More than that, i'm even starting Taronan Retribution Developer Diary, which will (try to) uncover the procces of making this mod, shown some new content and tell you about the past, the present and the future of this project.

The campaign map, also known as the global map, is the place where you spend your wealth, military/techonology points, upgrade your heroe's abilities and... Well, a lot of stuff that you already know, if to be swift. Yet, Taronan Retribution will give you even more content related to it, starting with simple event pictures and going all the way up to story choises and new gameplay elements that let you learn a bit more about the rich world of Aio and especially the Vinci Lands. Not only that - you will be also confronted by new enemies in 15 brand new Scenario maps and at very least 5 new Skirmish maps. To fight the odds, however, you will be granted with 3 completely new heroes, a couple of new units and even buildings. 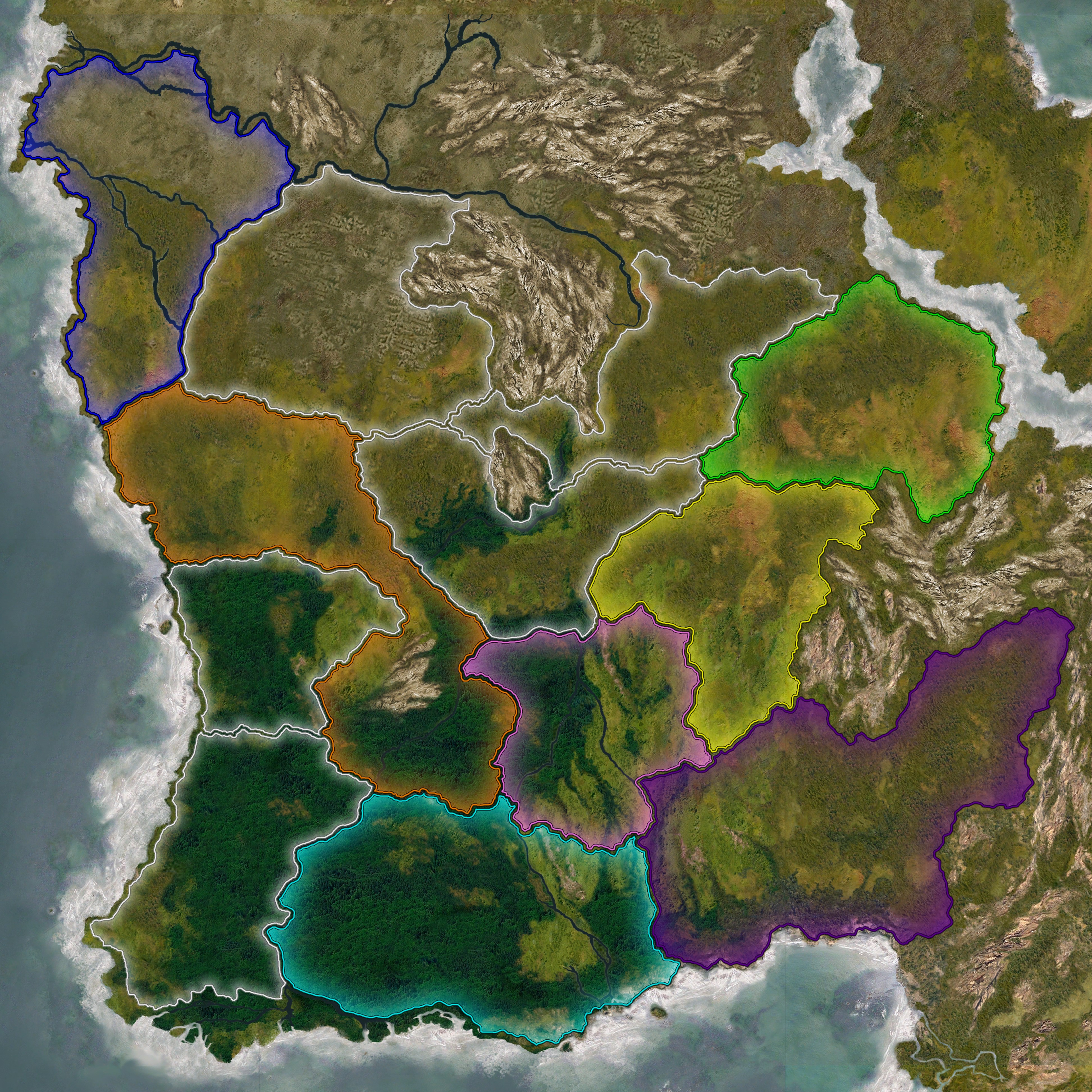 The Vinci Lands, as they are present in Taronan Retribution.

Well, there was very little actual information about the new content in this Dev Diary, one must say. But, fear not, in the next Diaries (that weill come out every sunday, or at least i hope so) we'll talk about the new enemis you'll face on the steamy battle fields. We gonna talk about their story, their troops, their capital cities and even about how damn hard it was to actually develop these and how much content was cut for good. So, stay tuned!... i guess. 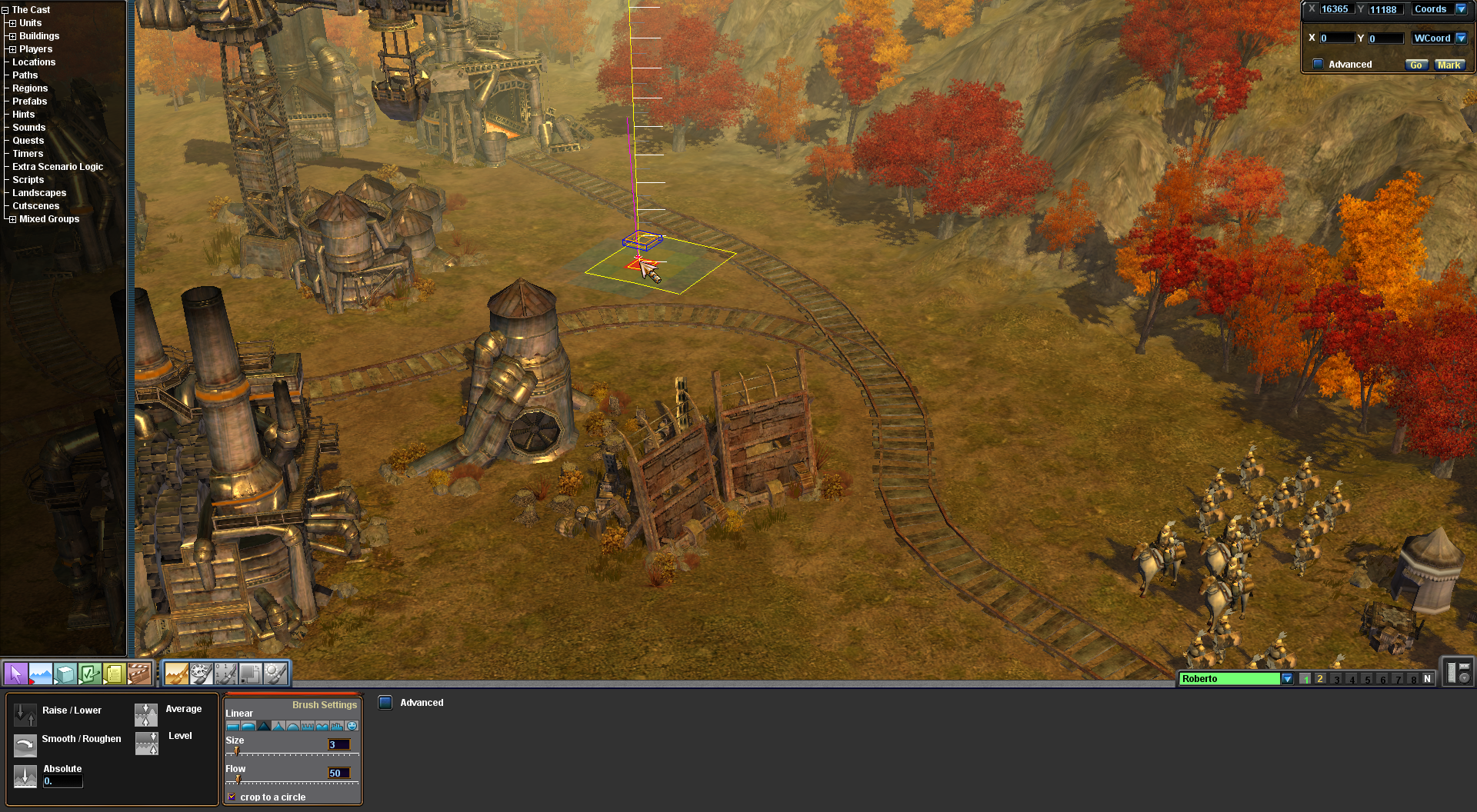 A community player made patch for the game that fixes bugs, adds new and missing features, etc

A BIG file import/edit/export program has been created and ROL can now be modded more than was ever previously possible!

The rights for Rise of Legends were sold in an auction in December 2013. There is a possibility of a re-release of the game.

Game features of the game Rise of Legends, as written at the official webpage.

This file contains as many modding, scenario and map guides, tutorials, documentations, guides, tools, info lists, etc as could be collected for modding...

This download contains the 5 fixed maps with new nations and a screenshot tutorial for adding new nations to a map.

Mod that makes all Conquer the World (CTW) campaign heroes and units available for regular single and multiplayer Skirmish maps.

A completely overhauled version of Rise of Legends with new units, techs, spells, and buildings primarily for the single player Campaign mode.

but hey any seen that there was a tribe that similar to the Goa'uld in Stargate
hopefully there will be a mod like stargate in this game it gonna make the most comment if there really was one :D

Sorry 4 posting here. But i have no idea where i can find help.
I have a strange bug in the game. I play the campaign and get no army or research points from my cities. And i have no idea why.
YES i play with the latest patch. And YES i have build the buildings 2 get this points.

You can post tech support questions and solutions here Rol.heavengames.com

Motter writes: "Game Bug Fixes: Cuotl and Alin campaigns will now award you your Research and Military points." for his Motter's Expansion mod available here Moddb.com
It's possible this may be fixed by installing his mod, or reinstalling your game

What this game needs is some fan programmers to go through and fix the bugs, make some patches for missing features and generally polish it up so it works better Moddb.com

I want rise of nations 2 :c

I want rise of legends 2!

This should get remastered like Age of Empires 2, Age of Mythology, and Rise of Nations! :D

Yeah, this game really is an underapreciated gem... An HD edition like AoE2 or AoM would be amazing.

You can email your support and feedback to Skybox who re-released those Extended Editions here: Skyboxlabs.com

One of awsome rts and singleplayer is just cool and with tactics.