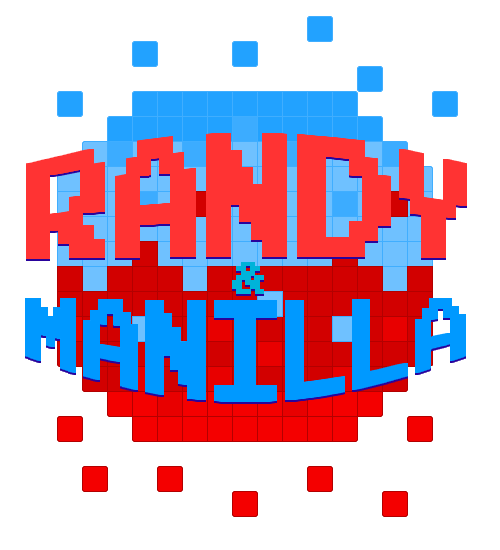 Eng: Randy & Manilla is a game where is discovered a mysterious quantum cyber-universe hosted by Net-Cubes that contain virtual worlds with various genres of games. A strange kind of virtual environment with the inspiration of Wreck-It Ralph in a later post-apocalyptic era to Ready Player One.

More of one year later of the Pre-Beta, after a long absence, Randy & Manilla It returns full of updates that expand and improve the game experience that will be mentioned below: 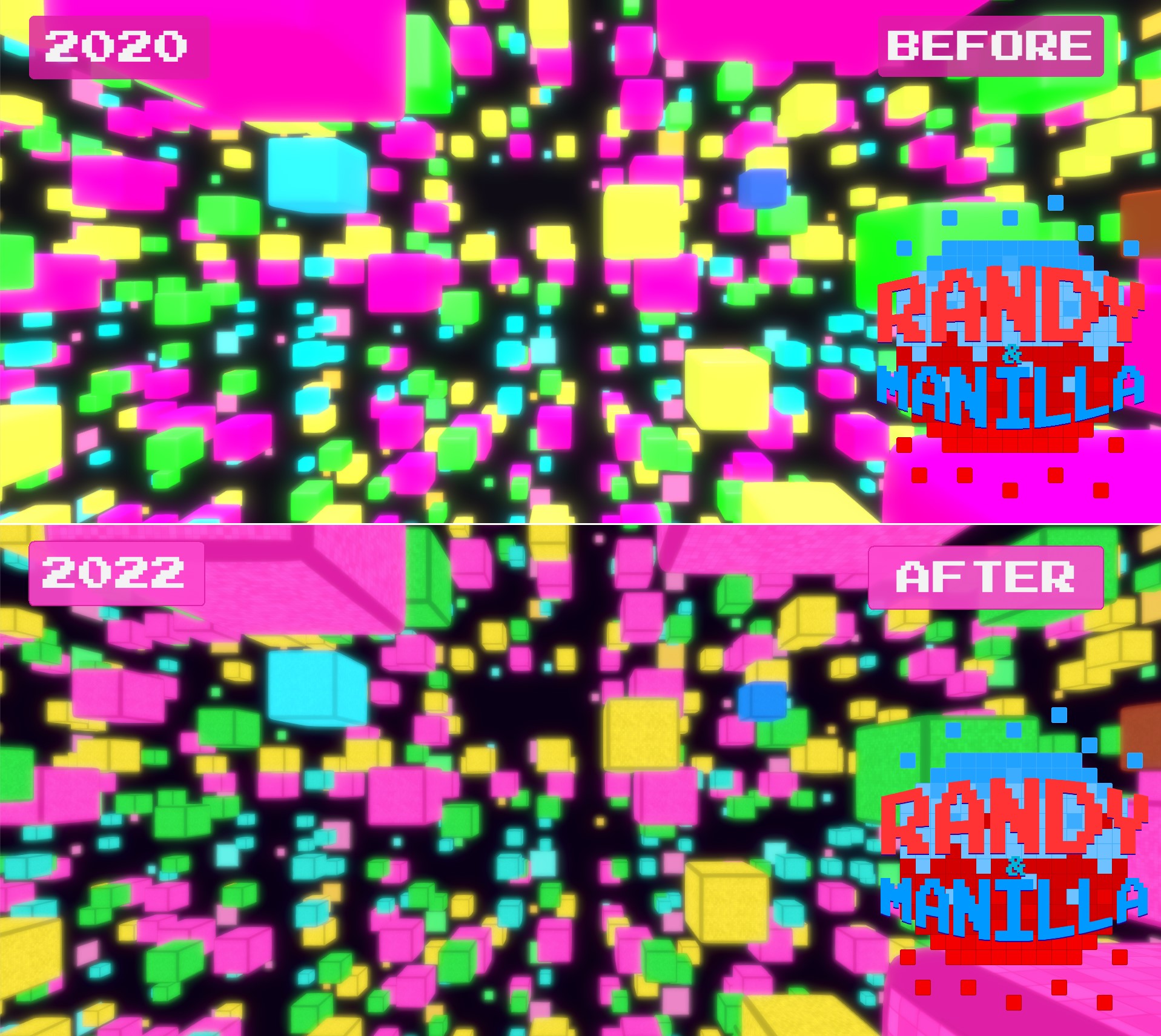 Without a doubt, the big updates always start by talking about the graphic update. The Net-Cubes have continued to receive improvements in adding textures with somewhat dark edges that give it greater 3D depth, They have also slightly improved the brightness and color to make it a little less blinding to the eye. 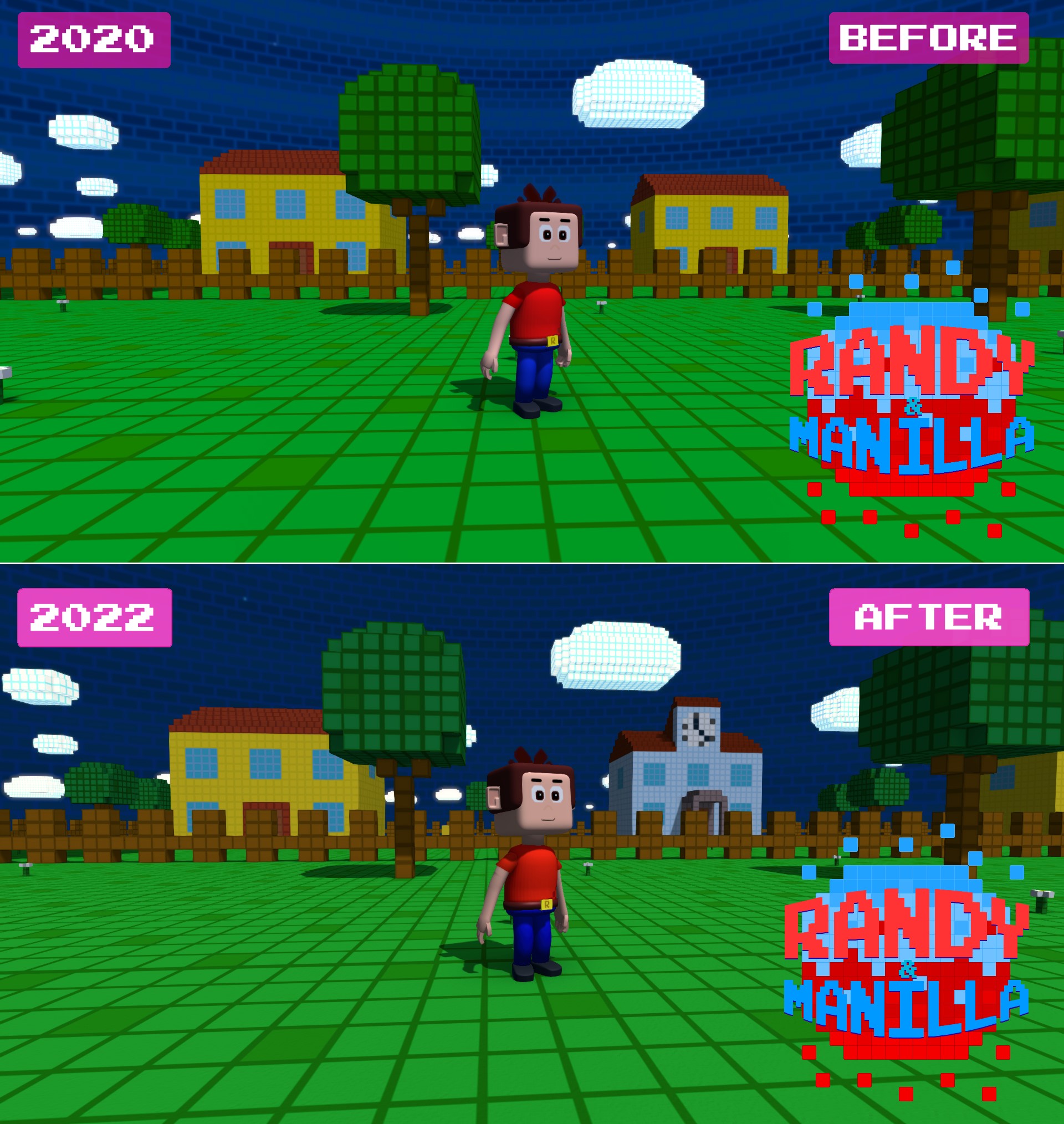 Inside of the Net-Cubes aren't far behind in this regard either. For example, in Terra-Qubit, the skydome it already has a less bright color to give a more "nocturnal" appearance. The trees has a different green shade than grass & there is a house that differs from the rest. 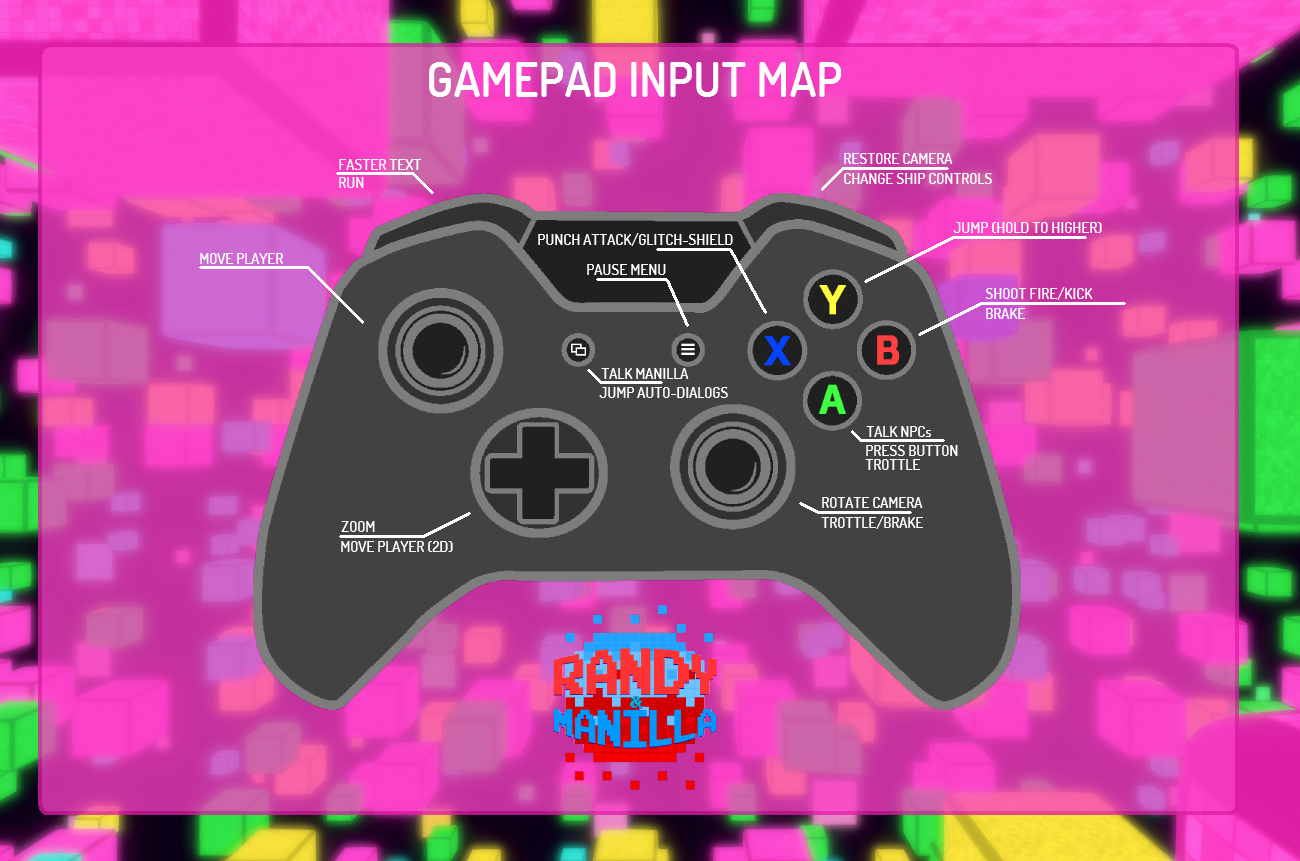 Another of the biggest novelties is compatibility with gamepads (specially from Xbox-like gamepad).
We have optimized the game by 99% so that it can be viably played with gamepads.
With that they will have a better gaming experience than using the keyboard and mouse.

For the keyboard and mouse users, mainly for what do they use WASD, we have included the E and R buttons for powers so they are pressed at a much shorter distance for the fingers.

The pause it's been revamped with smoother & rounded buttons and less inconsistency between text fonts.

Added save only option so you don't have to rely on going to quit and then saving and exiting to the start menu to load the game. 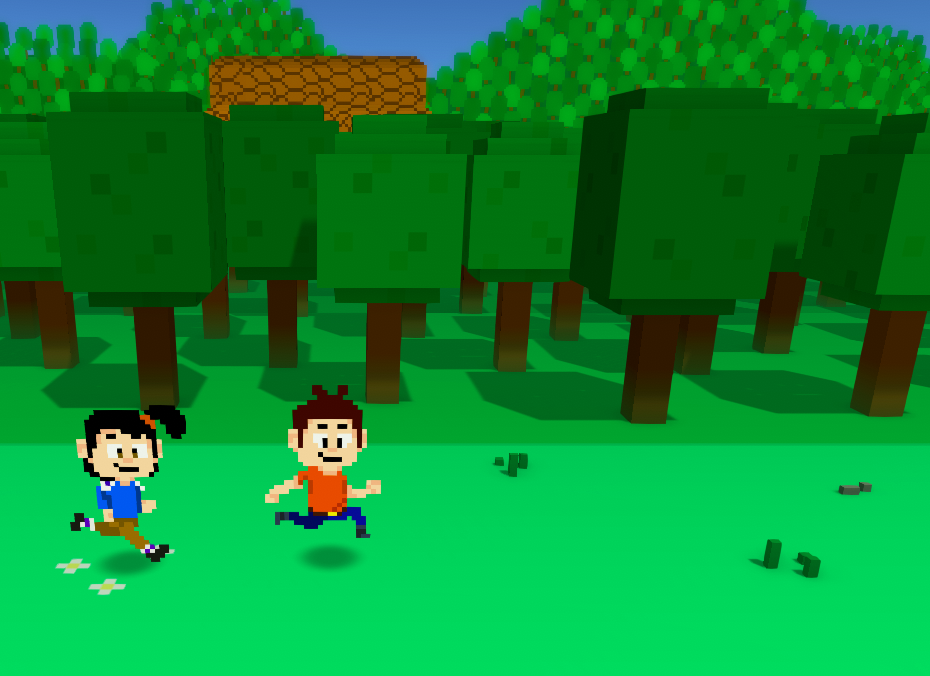 For every big update, a new Net-Cube makes its way. Rol & Rogue, like Terra-Qubit, is a voxelated world, but in this one it consists of the exploration of forests and caves in which the protagonists fight with the enemies in the style of an action RPG (with their numbers indicating the HP and levels). 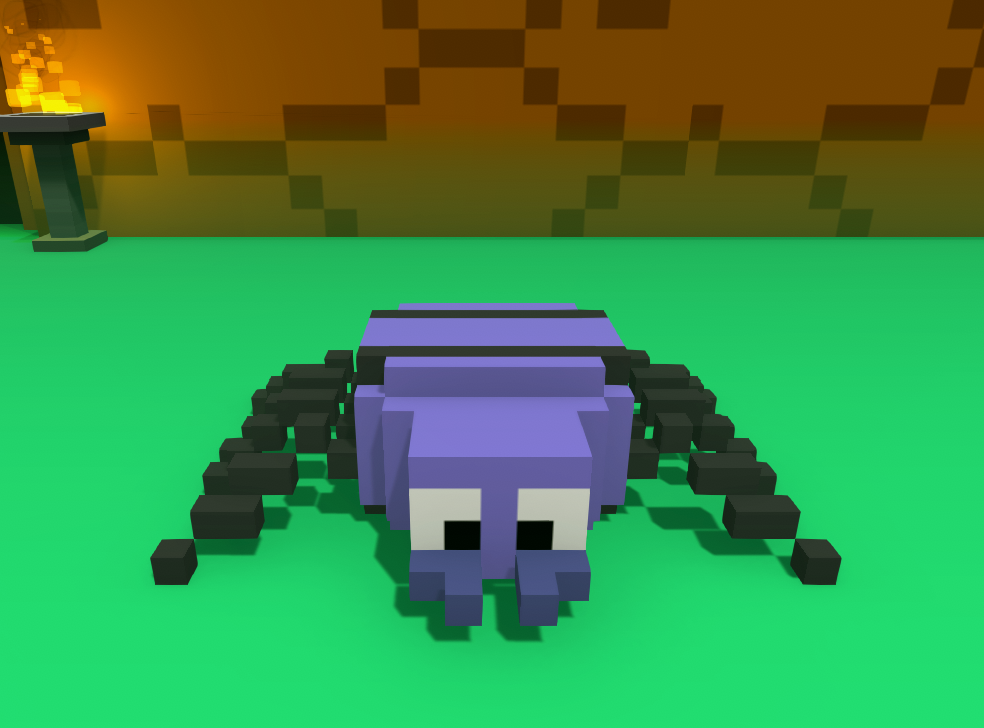 Is a young spider who lives in Rol & Rogue. It belongs to the clan of giant spiders.
His spider-sense can detect lost people several kilometers away and even up to more than 100 meters deep.

As of Early Beta, if you get all the points of each level that contain score (Either from net-points, enemies, etc.) you will be rewarded not only with S Rank or a bonus if you exceed the maximum score, but also extra lives for the next level he can during the entire active game or after taking damage or a fall.
Sometimes can be rewarded with other skills, like boost if the next level requires speed to overcome it.

This is something that I had been thinking about since before starting the project. The dubbing is something that in most big videogames has always had them. For now it has a spanish dub (it is possible that at the end of the base game, it could be dubbed with some other language, along with translations of the general texts).

I thank all the people who have participated in the game dubbing.

And again there are still many more improvements and updates to show in this devlog: 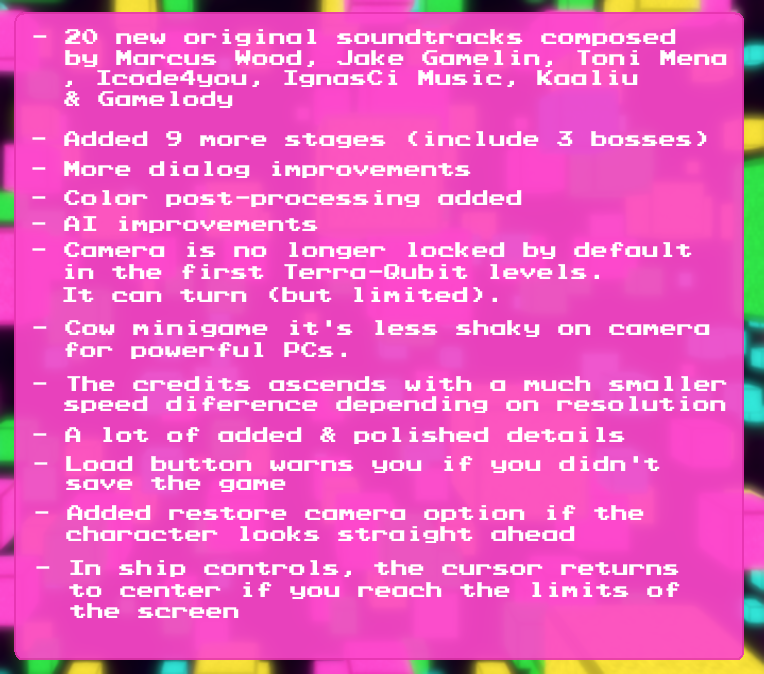 Getting Randy & Manilla into Early Beta was a long road, but for it to become complete it will be a long odyssey full of obstacles to overcome, and that might even require upgrading the project's software, rewriting and renewing the code (maybe even all of it).

If this works, it's very possible that the Early Beta will be the last free demo of the game, and when it is complete, a price will be set for its commercial use.

Anyway it has been a great honor to bring the game to this point and I thank all the people who have collaborated with the project. 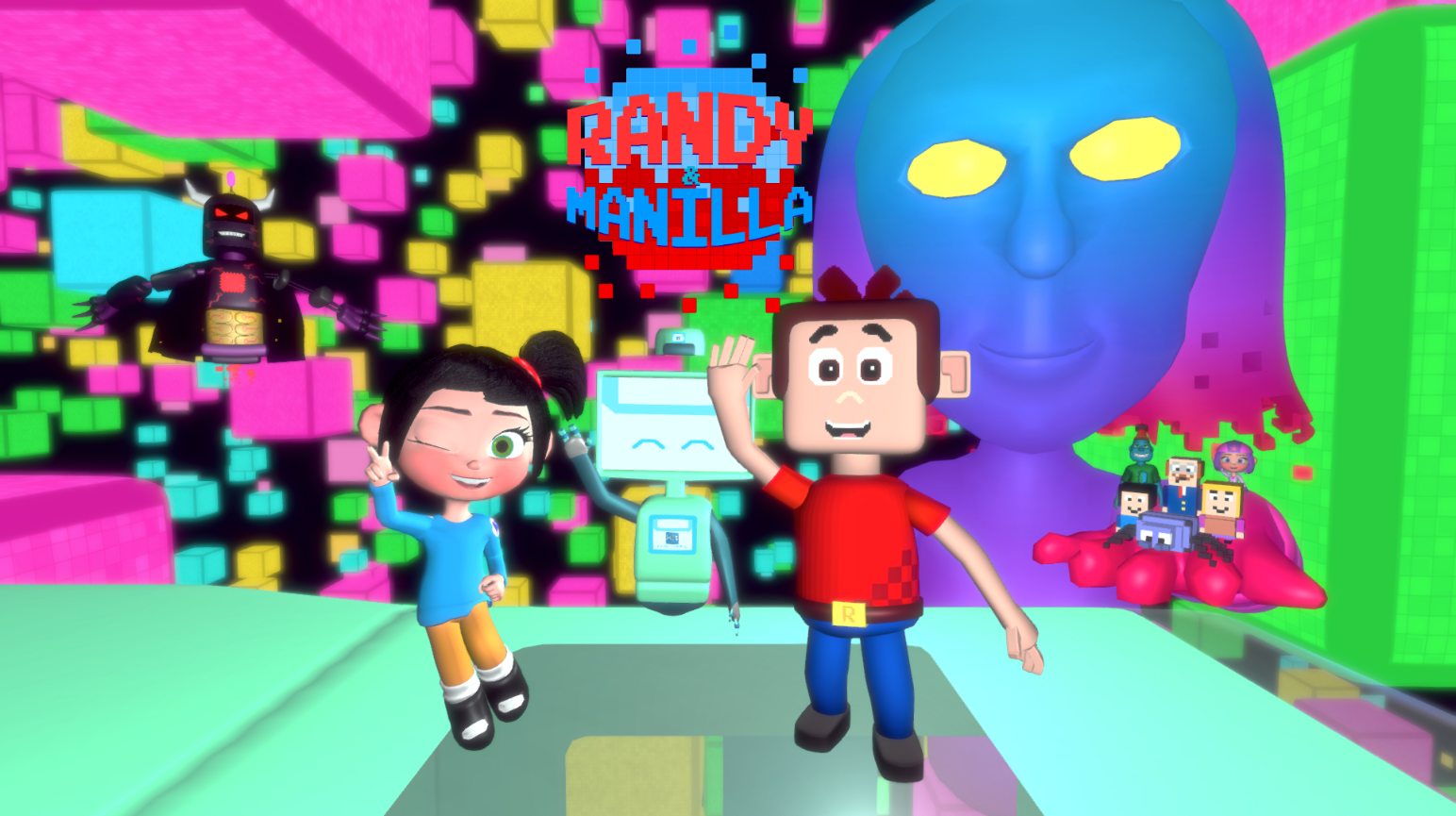 If you are interested in this project, I leave a download link with the Early Beta version on itch.io:

Article as a token of appreciation upon reaching the Top 100 of the Indie of the Year 2020.

Article about the uptades from the Special Pre-Beta version of the game.

Article about the Pre-Beta version of the game Randy & Manilla with another lot of additions.

The game has been automaticaly registered by Google & Youtube in official way.

A special file of the Pre-Beta version with a lot of artwork related to the game development & some bug fixes.

The Pre-Beta Demo of the game Randy & Manilla, with another lot of updates included.

The 2nd Alpha Demo of the game Randy & Manilla, with a lot of updates included.

The Special Alpha Demo of the game Randy & Manilla, with an artwork related of the game development.

A special file of the Alpha version in 64-bit from the game Randy & Manilla, with a lot of artwork related of the game development.

The Windows Alpha demo of Randy & Manilla. Randy & Manilla is a game where is discovered a mysterious quantum cyber-universe hosted by Net-Cubes that...