Pyrrhic Victory is a 3d cooperative medieval warfare simulator that brings players onto the field as a soldier and a commander. Inspired by epic tales from throughout history, we seek to let you experience highly strategic and tactical battles that can challenge even the most hardened strategist - if you want it to, that is. Strategy and tactics are completely optional - if you just want to be a soldier in an army then the AI will take over the thinking and you can get right into the midst of the enemy forces. Of course, once you find a few friends and family members to join in, Pyrrhic Victory shines all the brighter - now you can have different players controlling different parts of the army to implement a grand strategy. Get the smartest minds together with the best fighters and you will be unstoppable. Of course, no military simulator would be complete without a rich world to accompany it - and that is what we've done. With 6 races, and 20 odd mercenary factions, each army that enters the field will be a unique challenge - especially when you throw magic into the mix. We aim to add campaign stories and historical battles set in our universe, as well. Features

Thanks for voting and helping Pyrrhic Victory on it's quest to become the 2022 Indie of the Year. You are now in with a chance to score some free games. Help this game secure more votes by embedding the widget (or link) we have included below on your favorite sites.

Pyrrhic Victory - What is it?

The Stage is Set:
Pyrrhic Victory takes place in the world of Zevestok, on a single continent called Zevesdiel. Zevestok is a world teeming with life both mundane and magical, with humans and primordial elementals. Throughout the world are many different ecosystems with many different animals and different nations of humans. Many humans are known as "Casters", someone able to control one of the five elements: fire, earth, light, air and water. Besides humans, there are several animals with these powers such as: the Schall Hund, a hound which uses Aircasting to create sonic boom barks; the Armourdillos which use Earthcasting to turn earth into armour while rolling around in large balls of dirt; and the Gwangsin Ruru which is a bird of prey which uses Lightcasting to blind prey before attacking or other predators when fleeing. Lastly, guarding the world and keeping nature in balance are sentient primordial elementals called the Prevludic which keep the world in balance.

Scattered across the continent are five nations which are almost constantly at war with one another. Each nation has a unique style of waging war and a different kind of Caster which born to their country. Roughly speaking, Rupani makes heavy use of Navy and regimented armies due to having Watercasters, Slahor uses horde tactics and has strong warriors while executing any Firecasters born within their borders, Wajanderu makes use of guerrilla warfare to attack from multiple sides and break enemy morale combined with their supportive Aircasters, Narsput uses the land to break down enemies with their Earthcasters before crushing them by mimicking animals they've trained for war, and Kosekya uses volatile weapons in the hands of conscripts to have massive armies led by their Lightcasters upon the walls of their fortress cities. We'll go into more details of each in future posts. 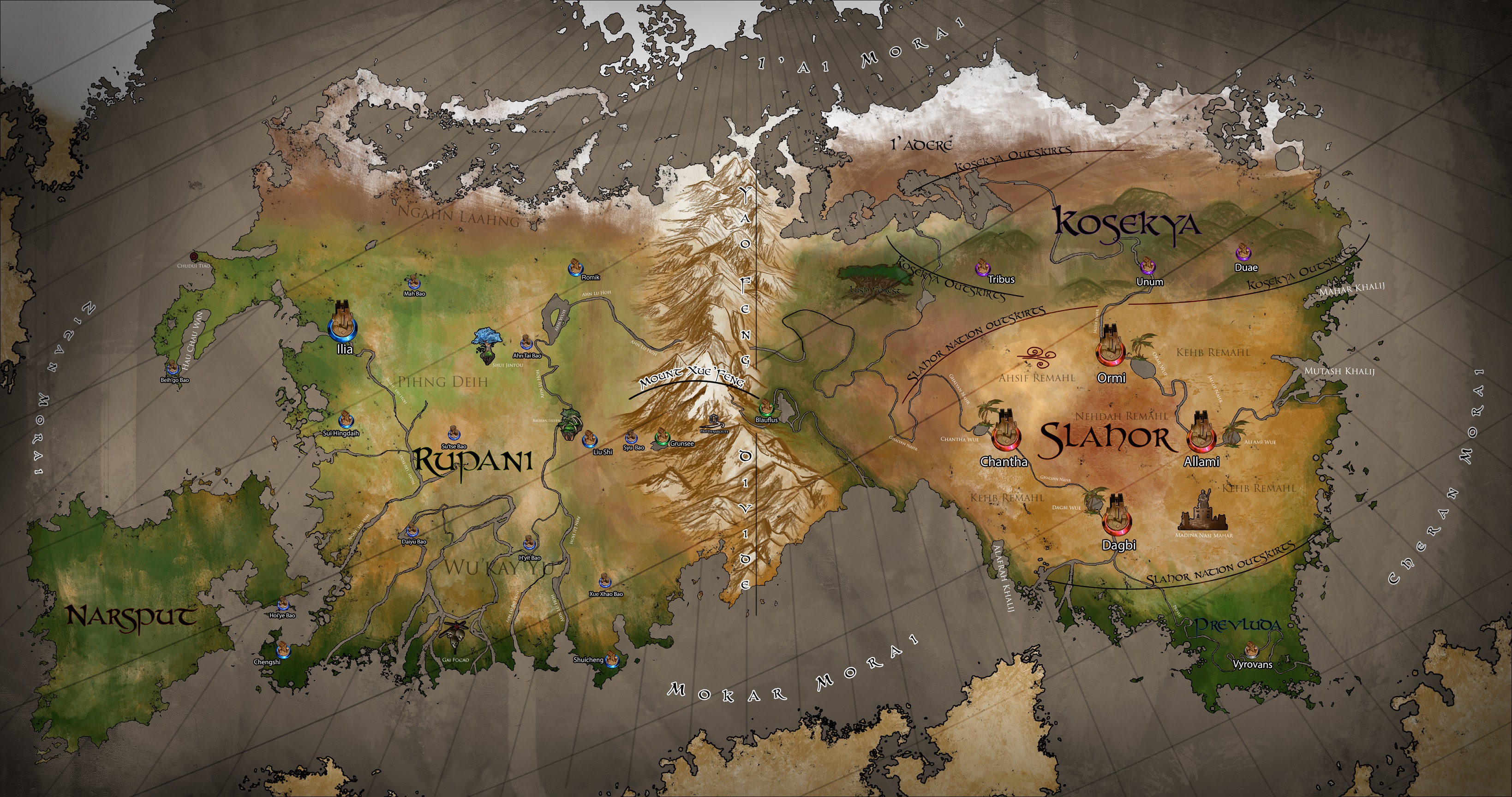 Map of the world of Pyrrhic Victory, click to enlarge 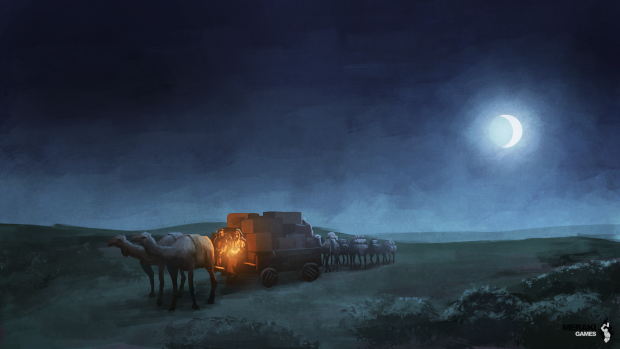 Gameplay:
Pyrrhic Victory is all about war. The game revolves around massive battles with clashing armies, tens of thousands of soldiers dying on each side. Our main goal with Pyrrhic Victory is to allow players to utilize superior strategy and tactics to defeat opposing forces. A good Commander will be able to utilize their limited resources to achieve victory even with the odds stacked against them. For example, utilizing forests or a mountain pass for an ambush or for a flanking attack. The Commander will also need to use the magic that their Casters bring to the field of battle in clever ways to make the best use of this resource.

This is where the "Medieval Warfare Simulator" comes into play. Pyrrhic Victory isn't played like a typical strategy game where you play the Commander/General/Leader and act as an eye in the sky micromanaging forces. The Commanders in Pyrrhic Victory give orders to the Captains of the army who are then responsible for carrying them out to the best of their ability. It is the Commander's job to come up with the best strategy to win the day, to keep an eye on the changing circumstances of the battle and to use that knowledge to have their Captains in the right place at the right time. Captains control a force of soldiers which they can give orders to as well. The Captain's job is to do their best to implement the orders of their Commander, utilizing their troops to get the job done. Thus while the Commander is the strategic mind behind each side, it is the Captains that have to think about the tactics involved in their troop positions and using their troops correctly. A Captain's brigade can also have Champions in them which are soldiers that are especially good at fighting, or are Casters; their role is to help their force succeed through their unique skills.

A key note here is that the Commander, Captain and Champions are all player playable and AI playable. In a campaign you could have a Commander AI and a player as a Captain, or vice versa. This allows for a player to decide how they want to play while still participating in the battle. With a diverse skill tree, a player will be able to choose how their character evolves over time. For example, a Captain could focus on abilities that improve the defence of their brigade while a Champion can focus on mastering Aircasting and swordfighting. Typically the player will be stronger than a standard soldier and be able to cut them down easily but they can be overwhelmed by enough enemy soldiers.

The Commander plays the most important role in the army, although the Captains and Champions are necessary. Besides the Commander commanding the battlefield, they are are also responsible for initial troop dispositions. What this means is that the Commander not only places troops on the battlefield and then tells them where to go but also decides which soldiers are using what equipment. Perhaps for a fight against Slahor it makes more sense to use a sword and shield combination but against Kosekya it makes more sense to have a stronger cavalry division. The Commander also chooses which set of soldiers goes with which Captain, perhaps you want your best Captain to be with your rookie soldiers so that the Captain can make the rookies better; perhaps you want them with your most veteran soldiers so that those soldiers just tear through the enemy lines. 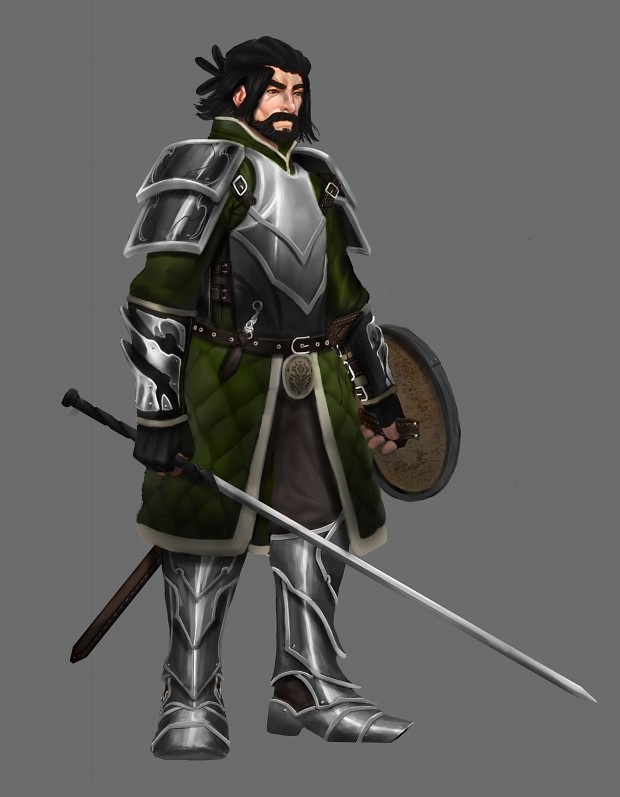 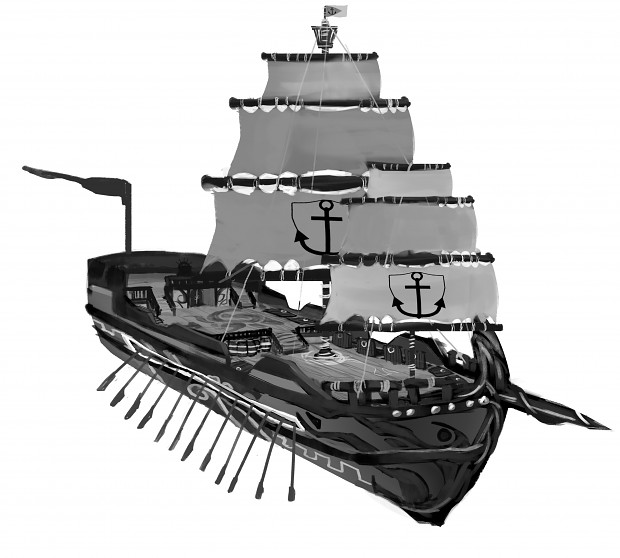 Multiplayer:
So that covers the 'Medieval Warfare Simulator' part of the game, what about the "Cooperative" aspect? Every campaign and every battle will be multiplayer-able. A player will be able to invite other players into the battle and they'll participate as their choice of Captain, or Champion. The host of the game then gets to decide if they want to be the commander, if not then the player with the highest combat rating is asked if they want to be commander and so on until out of players. If no one wants to be the Commander then the AI will take over.

This style of multiplayer will allow players to play how they want while playing together. You can have a friend that is quite fond of ARPG games play as a Champion, another friend that is quite fond of RTS games play as the Commander while you and another friend play as Captains. Your Commander friend tells you to use your cavalry brigade to flank the enemy while they're supressed by arrow fire from your Captain friend's archer brigade, just as you're about to hit the enemy the archers hold their fire and your cut your way through the enemy with your Champion friend by your side. It is this style of combat that we are creating, a cooperative experience where everyone can play the style that they prefer and still play and have fun together.

What if you have no friends fond of this style of game? We will be putting in place the ability to be hired into any game. Players will create a mercenary company which gains skills and experience as they fight. When you're ready for battle, other players will be able to recruit your company for any battle by bidding on your services with gold. If you find that the gold they're offering is enough then you can join the battle and fight alongside another group of players. Do well in many battles, strengthen your mercenary company and you can earn a lot of gold and enter many battles. 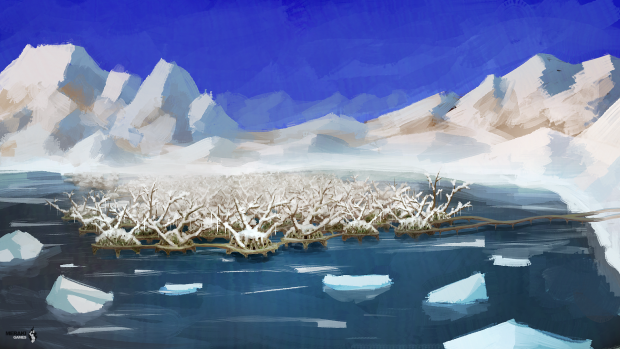 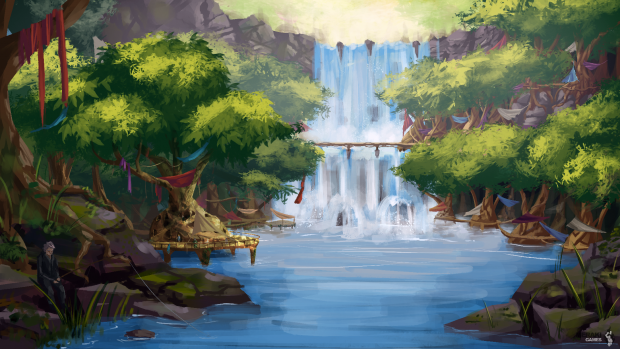 Be sure to click on any of the images above for full sized images that you can use as desktop backgrounds!

Pyrrhic Victory has five major nations that will be playable. Today we show you Rupani: the largest nation in the world with a long tradition of military...