Injured after a car crash, Megan flees through the woods into an abandoned building, looking for help. The door jams and shes locked inside, forced to search through the dark corridors. She hears the echo of a power drill in the distance and realizes she's not alone. Power Drill Massacre is a tribute to PS1 survival horror and the VHS format. From the creator of BABYSITTER BLOODBATH! 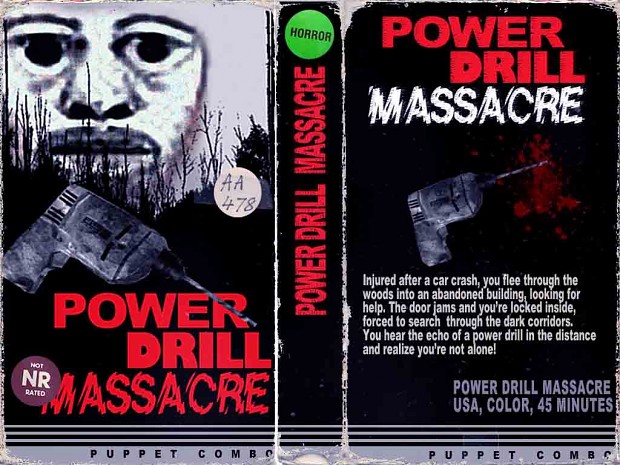 Join Patreon for access to my latest experiments in TERROR! Shock and panic await you in my newest games The Night Ripper& Buzz-Saw Blood House

Power Drill Massacre is now available for purchase as an early access game. The full version will be finished 1st quarter 2018. Expect the following features in the full release

Injured after a car crash, Megan flees through the woods into an abandoned building, looking for help. The door jams and shes locked inside, forced to search through the dark corridors. She hears the echo of a power drill in the distance and realizes she's not alone.

Be the DEATH of the party with a Power Drill Massacre t-shirt. 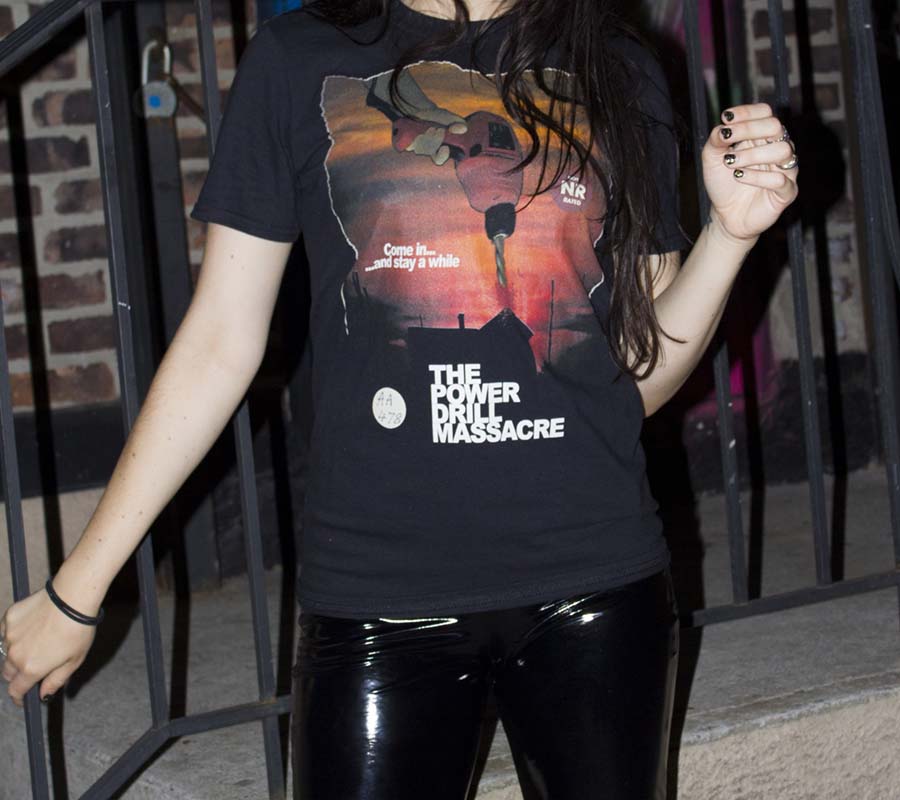 Wow, It's been almost 2 years since I released the demo. Time flies. I think I went a little crazy with the graphics update stuff. The game should really...

Hello there. Just a quick question, and I know that many people have asked this already but its been around 4-5 years since PDM Demo was released and Im just really curious right now. Are you still working on this game? And if so, could you possibly tell us when will it be finished? Thanks.

I really, saw this game on YouTube and scared me a lot, like never before, great job, I dont even want to play it because I don't want a heart attack hehe

Had so much fun playing it with my friend being drunk. Discovered secret basement ending, we were so happy! lol

This is hands down the scariest game I have ever played. Thank you PuppetCombo for doing an amazing job on this, and I'm REALLY looking forward to the full version! It's so weird how the PS1 graphics made games like Silent Hill, Resident Evil 2, etc absolutely terrifying, and I LOVE how this game replicated that! Feel free to check out how far I made it below!