"A short and sweet game about inner and outer exploration and making friends..."

"It's a cute, short little experiential game where you make monster friends!"

"It's a trippy adventure game where you can have several paths and endings, and there's not really a win or lose situation. Just a journey."

Befriend monsters and explore the surreal magic of the monster garden! You can finish in less than an hour, but you won't meet all 15+ monsters or see everything in one playthrough. How will YOUR garden grow?

Monster love has to do with the role of monsters and how they’re treated in games, but it’s also about more than just monsters. It’s about how we deal with the unknown in general, which monsters often represent.

Monsters are usually either a threat that must be eliminated to protect the familiar human world (ex. most RPGs) or else wild creatures that must be captured and controlled (ex. Pokemon). Even if they have cool designs or powerful abilities, monsters aren’t often treated with much respect or, well, love.

You may not have heard of The Spirit Engine 2, but it’s an indie cult classic from 2007 with incredible characters and writing. It also has a lot of original monster designs – no dragons, for example, which at this point are so common that it’s tough for them to evoke any sense of mystery or monster love.

But what’s really nice about SE2’s monsters is that, while powerful and beyond the realm of human knowledge, they’re also kinda just there, doing their thing in the background and not a big deal.

Take, for example, the cloud children. Your party watches and admires them from afar in one scene as a character explains their migration patterns. This frank acceptance of the creatures and appreciation of their beauty is key to understanding monster love. 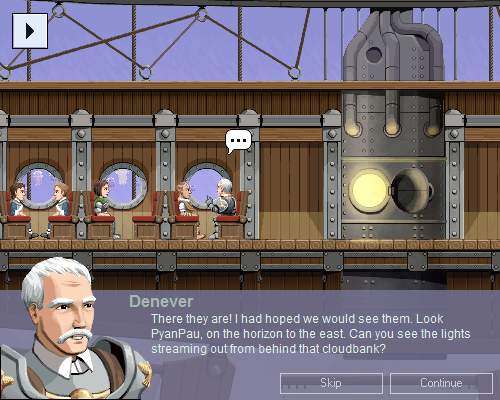 Denver explains the “cloud children” as the party admires them from the airship.

Kirby’s Epic Yarn, on the other hand, is technically a standard platformer where you advance through each level eliminating enemies in your way, and yet the game manages to evoke so much monster love. I think a big part of this is the atmosphere of safety and warmth, which I wrote about in more detail here.

You don’t kill enemies in this game, you unravel them into a roll of yarn that can be thrown or simply set down. Considering that the environment itself is constantly coming apart and being woven back together, getting rid of enemies in this way hardly feels violent at all.

And just look at the Waddle Dees – stumbling along, endearingly unaware and basically harmless. It’s like they’re just hanging around, inviting you to play if you happen to feel like it. 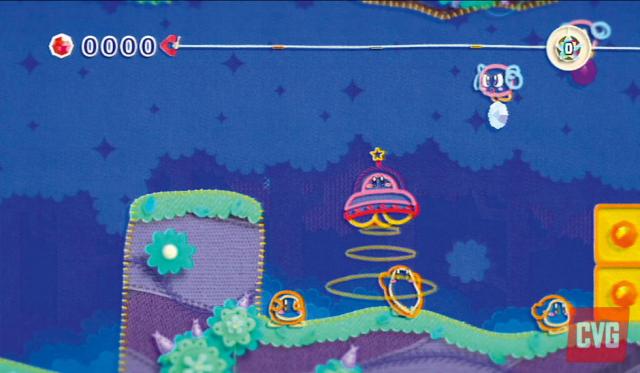 A Waddle Dee gets sucked up by Kirby in UFO form!

You may be starting to notice some common themes about monster love, but get ready for a surprise, because monster love doesn’t apply only to monsters!

That’s right, the human characters of Romancing SaGa 3 filled me with monster love, thanks to the delightful lightbulb system (which I wrote about in a longer post here).

The game is low on dialogue, with some characters scarcely uttering more than a single sentence, so it feels all the more special when a character gets an idea in the middle of battle (represented by a light bulb over their head) and shouts out the name of a new move. It ends up feeling like a special part of the character’s personality has just been revealed, even if the moves themselves are generic and available to all characters. 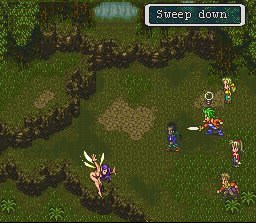 The characters’ simplicity combined with these bursts of inspiration gives them a surprising sense of autonomy, as if they have their own ideas and goals beyond the player’s understanding or control.

Now, maybe it sounds like I’m dressing up what is essentially a randomized skill triggering system – but I can’t deny that it triggers monster love.

There was also a moment in Gladius when a simple idle animation sparked monster lovefor me. Characters tend to twist around dramatically when idle, which I imagine was meant to look like scanning the area for danger. However, they end up looking oddly unaware and vulnerable, glancing to the sides even as an enemy charges straight at them.

This was especially amusing with the Samnites, one of the largest and most powerful units in the game. Once, I was on the verge of losing a battle, but as a last ditch effort I had my hulking Samnite use an ability called “Befoul Area,” which hurts enemies and makes them run away by farting. She proceeded to glance around innocently as per her idle animation and release a cloud of bright green poot gas that sent enemies running in all directions and effectively enabled me to win the battle.

Monster love in this case has to do with the combination of power and lack of self-awareness; the character behaves with the same vulnerability whether being rushed by an enemy or turning the tide of battle with a poot.

Treating bizarre creatures with casual frankness, playing around in a safe, warm world, following mysterious rules, and having an endearing lack of self-awareness… All of these reflect different aspects of monster love, but at its core it’s about treating the unknown with curiosity and respect instead of the desire to destroy it in the name of protecting what’s familiar.

My friend and fellow game designer Raghav Bashyal wrote this eloquent explanation of monster love (the following is an excerpt from his tumblr post):

“Liking and loving the unknown is an act of loving yourself. Of accepting that part of you which has doubt, which has fear, anger, sadness, jealousy.

See, monsters and demons exist as representations and manifestations of those feelings, from giant beasts who express our anxiety about our small place in the universe, to tiny and cute critters who, like us, get angry or sad about small things, to the frightening mirror images of us who represent the hatred or evil inside us.

Monster love, then, is an act of self-love in that you can have empathy and care for these creatures; for a small beast who is misguided, a big one who is proud but lonely, a creature who is hurting, who is angry, who is afraid or lost, a ghost who is bearing a deep grudge.”

I think there’s a lot of area to be explore here, and I hope more games will try treating monsters with the love and respect they deserve. In fact, I just so happen to be working on such a game, appropriately titled Monster Garden. It’s a short, simple adventure through strange worlds to find monster friends to join you in your monster garden – and create a lot of monster love in the process. 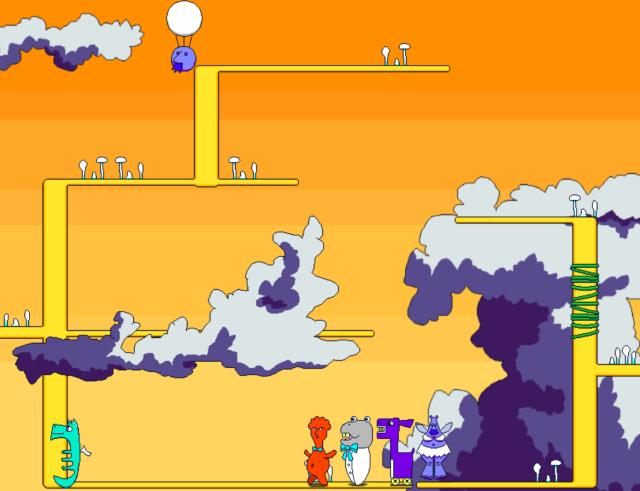 Exploring the world of the second “seedling” in Monster Garden.

As a final note, here are a few more brief examples from some of my favorite games.

・Harvest Moon 64: For me, the poorly translated dialogue of Harvest Moon, combined with the game’s cheerful tone, was very monster lovable. There’s something to be said about the way “unnatural” writing can make you feel like you’re in an new world, adding excitement and mystery and laying the groundwork for monster love.

I love the “Gourmet man” from Harvest Moon 64!

・Romancing SaGa: Minstrel Song: The bizarre uncanny valley-ness of the character models, which have huge “chibi” heads but are rendered in smooth realism, struck a chord of monster love, especially combined with their overly elaborate attacks and cute post-battle poses.

・Goddess Reborn: As I wrote in another post, the majority of the game involves ham-fistedly steamrolling through a world of mystery and intrigue, which may not sound very monster loving at first. But, the main character’s frank acceptance of the strange things she encounters combined with the novelty of the world and character design filled my heart with monster love.

And, one word: Morbazan. I don’t want to spoil anything, but if you’ve played the game, you know what I mean.

If you’re interested in this monster love thing, too, I’d love to hear your thoughts – feel free to contact me on Twitter at @williamzwood or in the comments. There's a Monster Garden demo on itch.io and you can get updates at @_monstergarden.

Monster Garden will be released on itch.io and Steam on February 8th, 2018.