A tactical BattleMech simulation set in 3050 AD. As a pilot known as a "MechWarrior", you are about to take control of the most powerful mechanical battle units the universe has ever seen, and fight other Mechs in random matches & play with friends. Currently there are no private servers. 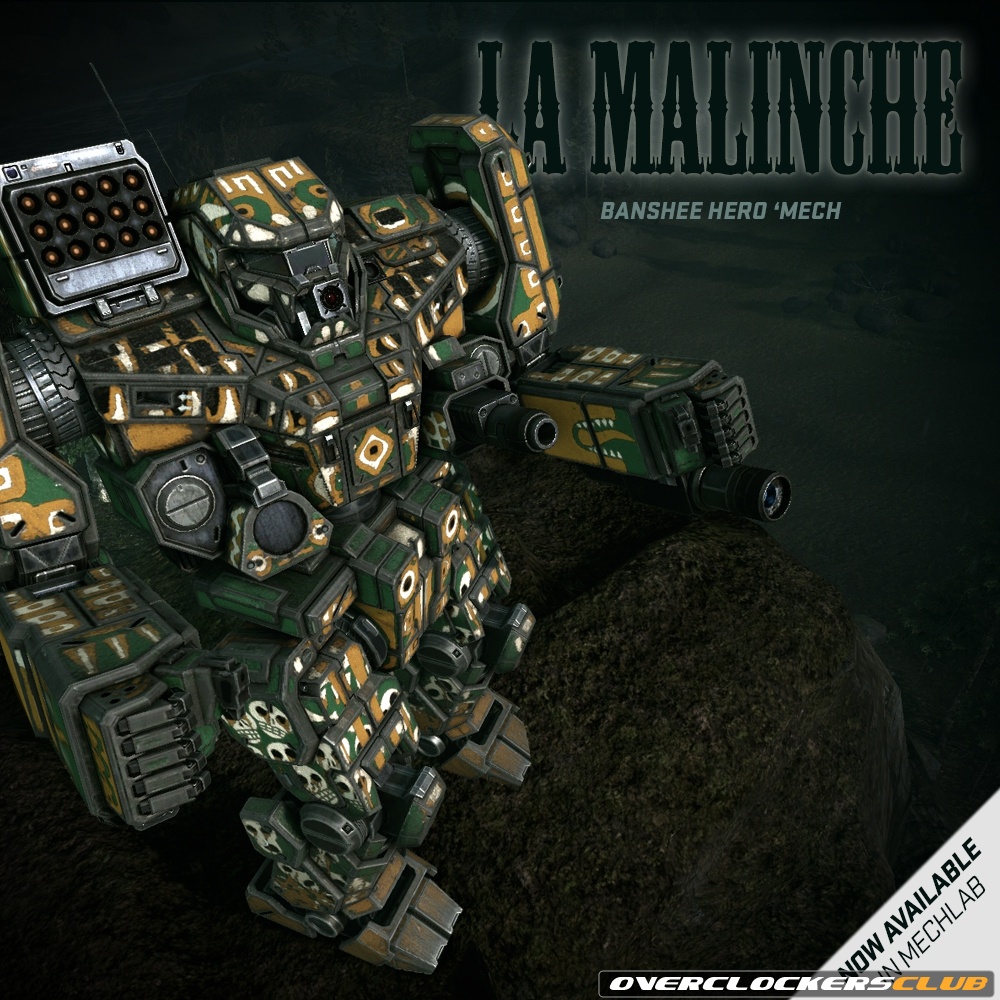 We have a new Champion in our line up of trial mechs. The Cataphract CTF-3D(C) take it for a spin and decide if this mech is for you. It will be available for MC on the 11th and comes with a 10&#xXP; boost so you can level this mech fast.

DirectX 11 is now supported! So if you have a DirectX 11 capable video card check out your video options. We will continue to add and enable DX11 features within the game and content as we move forward.

Turret! Turret! The rest of the Assault maps have had turrets added to them so be careful out there. Jump jets get an overhaul and it looks like some of us will need to add some J.J.'s back into our mechs.

There are a hand full of great bug fixes as well so read on!

See you on the battlefield,

- Tutorial popup will trigger once per user. This is stored in the user directory and will be triggered again if the user folder was deleted or reinstalled.

- Default system setting set to Medium.
- Please note that enabling MSAA in DX11 can drop fps by 20+ fps this is an expensive technique for high end PCs.

- All maps now have turrets in Assault Mode.
- Jump Jet Fixes and Updates:
- Jump Jets will now have slower turning rates based on the class of Jump Jets equipped and the 'Mech's base turning speed.
- Heavies and Assaults will notice this the most as they will not be able to snap turn as fast as they used to.
- Medium 'Mechs will barely notice the change.
- Light 'Mechs will not notice any change.
- There is now a significant difference between bringing full Jump Jets and 1 Jump Jet and there is a linear scale to them based on the number equipped to the 'Mech.
- The issue of 1 Jump Jet providing nearly the same amount of thrust as 3 Jump Jets is no longer the case.

We thank you for your patience and we look forward to seeing you on the battlefield!

long list of bug fixes, new trail mechs and UI2.0 is out.

Release the BattleMaster. Many bugfixes and hitbox changes.

There are installation instructions and a link in description to get the constantly updated file mod, thanks.

In this mod I added almost ALL MW2 soundtrack ripped by myself. Currently it's 54 music tracks for action, 4 tracks for main menu (music from MW 3, MW3...

Just a music mod. I compile all Timothy Seals mechwarrior covers I find in one pack. 20 music tracks in total. Main menu music from Mechwarrior 4. Win...

Wrong Engine listed... Its made in CryEngine 3.

A year later, they truly did redeem themselves, as PGI continues to develop great things (although some of their work is a little subpar at first, so they fix it upon immense player consent and unacceptable pieces needing of fixing.)

Piranha Games Publishing don't exactly have a good track record with their interactions with community as of the last 6 months or so..

They have been ignoring the highest voted questions presented to them on the forums. And aggressive moderating, deleting threads that present reasonable questions to the devs.
But even so, they have said in the past they are willing to listen to the community.. so without further a do, what the communities thoughts are:

What I'm getting is this, most founders don't care about PGI by this point. They only care about battle tech/mech warrior, but PGI are the only devs at this point that can continue the series. So naturally theres going be a backlash at least at first, until PGI decide to redeem themselves.

The game is so far away from the founders vision (those who donated early in the games development) of what a Mechwarrior game should be that this along with the devs attitude as of late, is spreading antagonism across the forums and now many user reviews. I think its debatable as to whether this a good thing.

Word of mouth is a powerful tool & unlike forums, cannot be silenced. So rather than focusing on PR & "cleaning the forums", they can change the direction they are heading with the gameplay and get back to actually responding to those highest voted questions on the forums. This is something that everybody will benefit from. Sure the minority whiners on the forums that complain about getting killed by specialist mechs is annoying, but good devs can filter the noise from the legitimate criticism. They can test the games balance with guys passionate about the tactical aspects of Mech Warrior.
Afterall, the heart of Mech Warrior is learning to adapt, and finding your own playstyle.

Never the let the noise push you to force silence. Free market & free speech, they go hand in hand.

I have my own opinions about it, I wouldn't have launched the game in the current state it's in.. clan wars really should have been a on-release feature but anyway it's good to see the devs are still going to be giving us regular updates to add new features and eventhough they have tripped towards it's launch, its still a good game. I hope things get better.