Last Regiment is an upcoming fantasy-themed strategy game with simultaneous turn-based multiplayer and single-player campaigns following the story of a Portellan named Olivia, set in a post-apocalyptic world with Dragoons, Artillery, Orcs, Pirates, Chainsaws, and more! Form regiments of heroes and units from various factions, lead them across hex-based maps, and fight your enemies for control over all the lands and structures.

Currently being developed by Boomzap Entertainment, Last Regiment takes the best parts of the studio's previous title, Legends of Callasia, makes a bunch of neat changes for a faster, deeper, and more strategic game, and allows player to design their own levels through its built-in map editor.

The game is still in its alpha stage, but Boomzap has opened its development progress to its community on Discord and Twitch, as well as through weekly blog updates.

The map building continues! As we said last week, we think the game is now pretty solid and we're ready to start making the campaigns. With the closed beta ("Earlier Access") for Last Regiment coming up next week, everyone's working hard on getting everything ready.

The designers are now going through the story and figuring out all the particulars on how to script the levels so they are super fun. The art team is working on the maps, fixing issues with the environments, and helping adjust things that can be improved. 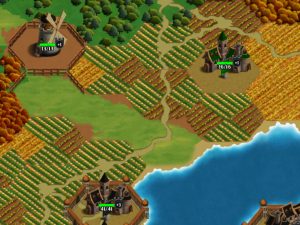 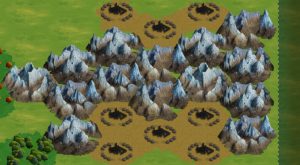 Since the campaign is basically our single-player mode, we need to think of how we can make AI smarter and powerful. This is something we need to do now, because if we make adjustments later on, we might face sudden changes in the campaign's difficulty.

During today's stream, we switched off the fog of war to observe AI behavior. Does it know what it needs to do?

For example, at the start of the game, do they bring a reasonable regiment? What we could do is to pre-build some regiments (like a card deck) and assign it to the different AI themes: super aggressive, super defensive, or conqueror (something in between).

But even if it has a smart deck, is the AI able to summon the right unit first and putting it in a reasonable spot? Does it know that it needs to build its economy first? How do their units interact with each other? Does the healer heal a damaged units? Do they know how to avoid bumping into each other? We need to teach the AI how to play in a reasonable manner.

After last week's unit testing, we now focus on the game environment: playing around with the map editor and building levels as we prepare to make the...

Aside from doing a mathematical balancing of the units' stats, we also have to make the subjective decision of what we think their powers and abilities...

Announcing our launch schedule for Last Regiment including the estimated price point and which content will be available in each release.