Dragon Evo is a strategic card game inspired by RPGs, set in our own fantasy universe. Collect over 300 different cards and 9 different heroes. Enjoy full cross-platform matchups against unknown players or gather your friends and build your own clan!

Set up and equip your favorite deck combined with specialized building cards to support your tactics. Utilize the special abilities of your hero card playing to the strengths of one of three factions to turn the battle in your favor, but beware - the lands in the Dragon Evo fantasy universe may turn out surprise you with its game changing event cards!

Dragon Evo is a unique tactical card game blending a touch of RTS with the thrill of RPGs and the best of deck building games.

With our favorite elements from role playing, strategy and deck building / card games, it's a game like no other - a truly unique experience spanning across genres.

Managing your available resources is an important part of the battle game. Moving cards around the board and using card actions cost you either gold, action points or both, making it vital to keep your resource supplies stocked! 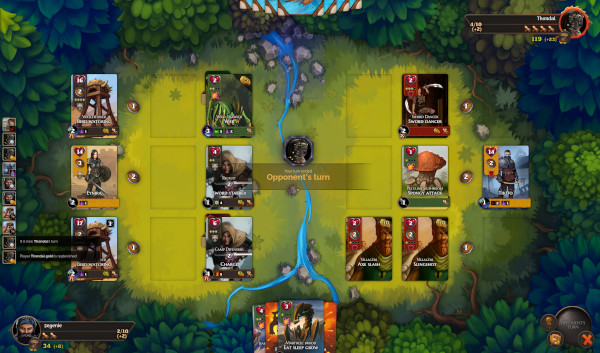 Not content with a rock-paper-scissors approach to health points and actions, your card attacks come in one of four different categories - close combat, ranged, flying or burrowing attacks - each with their own strengths and weaknesses. Mastering them and knowing how to counter them is what makes the winners winners. 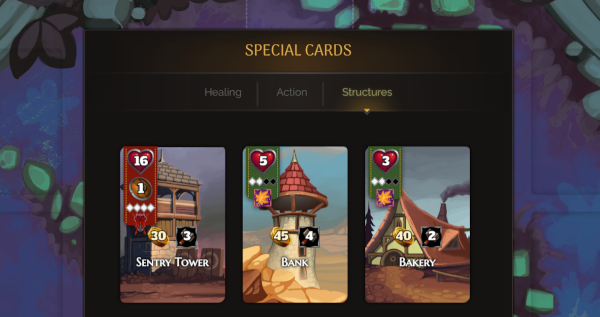 In addition to cards generating gold and action points, special building cards affect your and your opponents resources, bringing an extra strategic dimension. Stealing or destroying your opponents resource supply can be just as effective as taking out their cards, and bringing down one of their buildings can turn a flawless strategy to a mindless loss!

Pick up equipment cards throughout the game to enhance and extend your deck beyond your playable cards.

As you progress through the game you'll encounter new and more powerful equipment card requiring you to level up your cards to be strong enough.
Equip your deck with powerful or creative item cards to make decks noone ever seen before, or turn the battle with just the right action card.

We're huge fans of deck builders and card games, and we're bringing our favourite parts of both genres to Dragon Evo. 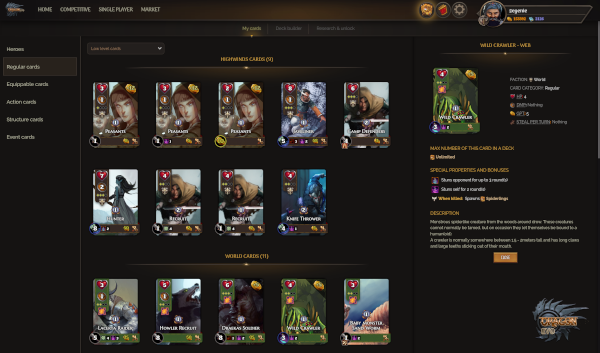 Create a deck of 15 cards plus your hero card, equip it with equipment cards and bring it to the board. With your entire deck available to play at the beginning of each match, timing card plays and chaining effects and planning to execute your tactics is crucial to winning, with many card actions dependent on each other to succeed.

With tens of different event cards that may be played at any time during the game, no two games are the same! Pick one of your unlocked event cards at the start of the match - will you choose an event that will be devastating to your opponents tactics or one that nudges the game in your favour? And which card did the opponent choose?

Each faction in the DragonEvo universe has their own set of specializations, taking advantage of one type of actions, and being more or less vulnerable to different tactics.

The military machine that is the mighty Rutai Empire specializes in powerful up-close combat. Seemingly overpowering, taking down the empire will take more than simple numbers.

Fighting the Rutai empire any chance they get, the Hologev resistance specializes in ranged actions. Not as powerful as the Rutai, but hard to counter - the Hologev is a newcomer favourite!

Once the ruling faction, guardians of peace and equality, the Highwinds has since been overthrown by the Empire. With their vast range of different action types, knowing how to play - and how to counter - the Highwinds is an exercise in creativity. Hard to master, but equally hard to play against.

Progressing through the game, you unlock new capabilities and cards that you may find in your card packs - cards to be used in-game, to equip your deck, event cards or even building cards! Knowing your opponents will be on the hunt for that killer card combination, upgrading and unlocking new cards and equipment is key to staying ahead!

Each game you play earns you a card pack with several new cards you can use to either upgrade your existing cards, enhance your deck, or even create entire new card decks. Winner packs will give you better rewards, but do your best and even a loss can turn into a bonus!

Play games to gain special research packs that lets you unlock new cards and equipment, and if you want an even greater challenge, unlock new heroes with hero card packs.

Our unique in-game progression system lets you play to unlock additional content as you get stronger and more experienced. Players can buy special unlock packs to unlock cards without having to play, but our card progression and level-up system is linked directly to played games, putting players on equal footing as spenders - no more pay to win!

As you collect more cards, you'll realize that some cards are weaker than others, even of the same type. Use them to upgrade your best cards to become even more powerful! 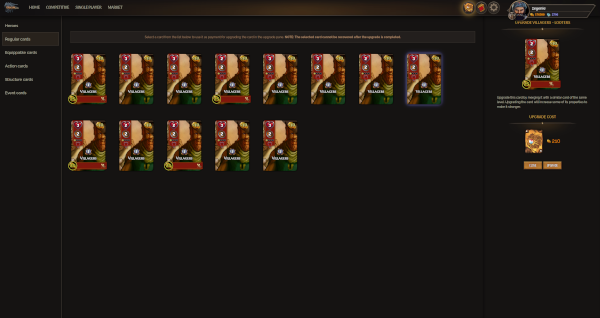 Combine existing cards of the same type and pay the upgrade cost to upgrade your cards and unlock new equipment or just become stronger, making it even more satisfying to crush your opponents.

First of all, we hope everyone had a fantastic holiday and were able to spend some time with friends and family.

At the end of last year we were finally able to settle a release date for Dragon Evo - more on that later!

What to expect from the Early Access releaseWe're happy to announce that all major planned game features have been implemented. As a small indie studio, "bug free" is a bold statement, but we're getting pretty close! As always, feedback from our players and supporters will guide us on where to go next, but the foundation is already pretty solid. What will you see and experience in the initial Early Access release? 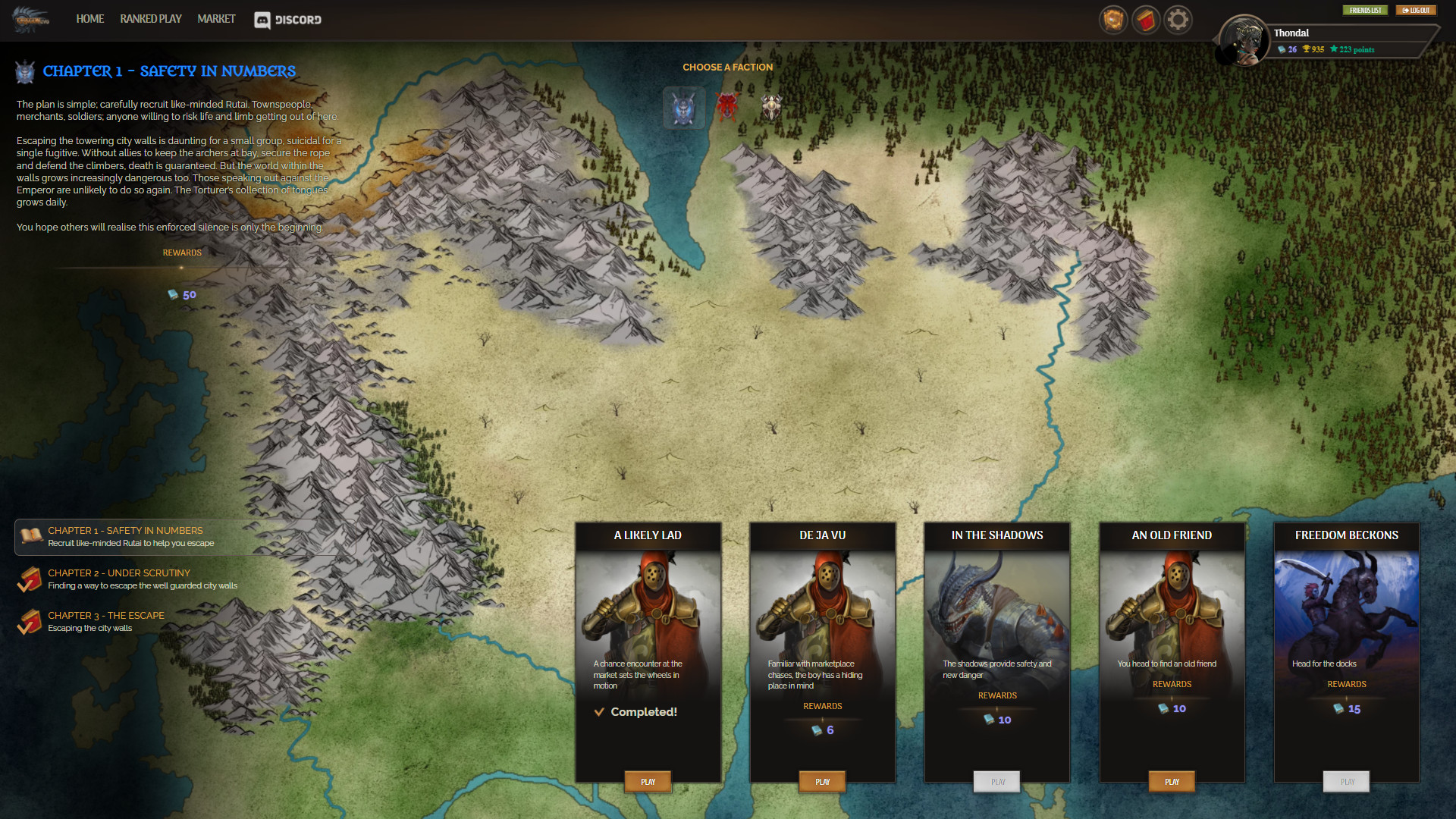 Ranked multiplayerYou will be able to test your skills against other players in ranked or unranked matches against human opponents. You can also add friends to play friendly matches which won't affect your rank. 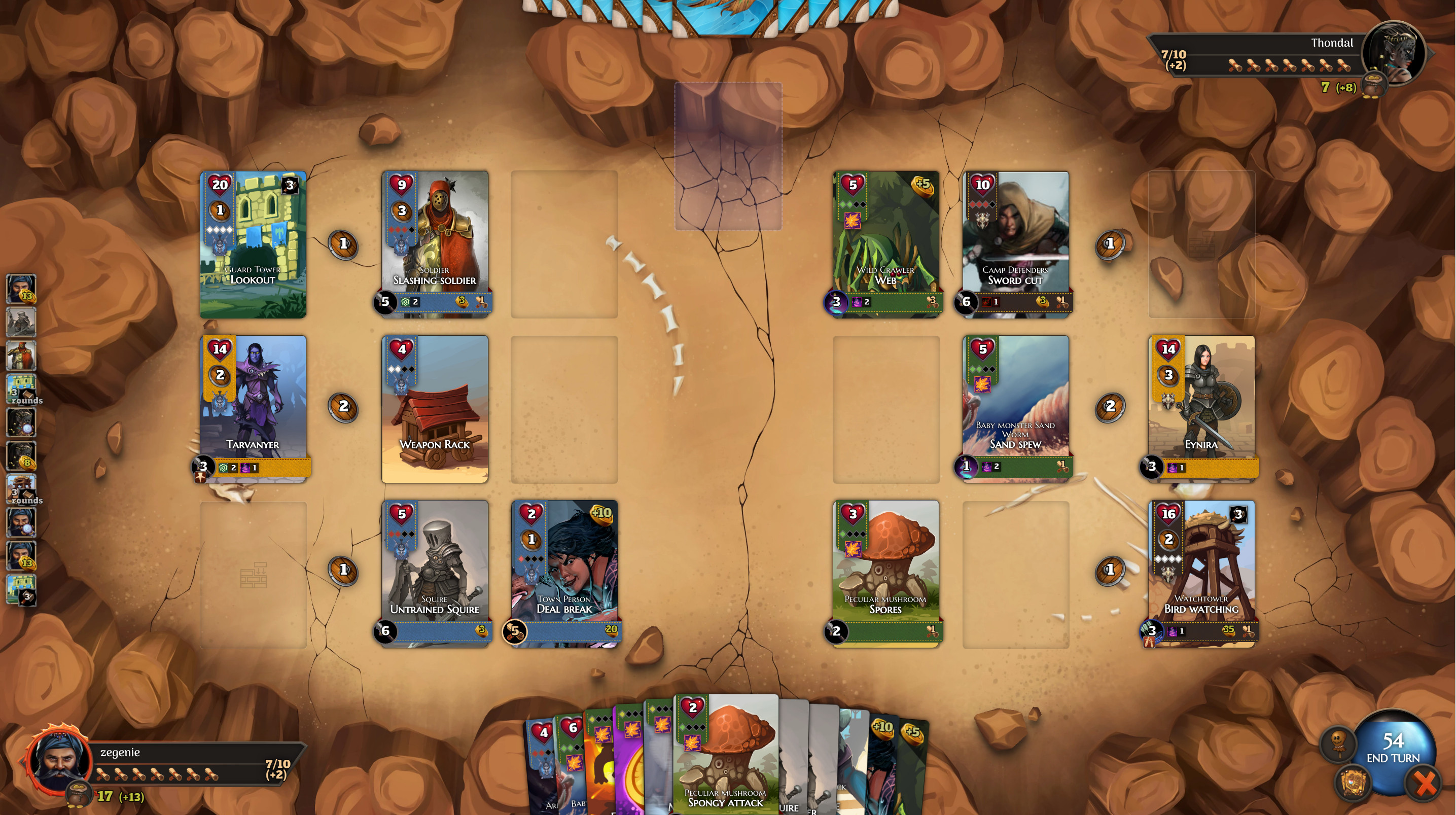 Rewards and booster packsOur card and rank progression system is integrated in all modes. All ranked matches and adventure games will reward you with different cards and items that allows you to rank up, discover new cards and features.

DeckbuilderThe deckbuilder is ready to go in the initial early access release. We'll keep improving the deckbuilding features and work with players to extend and improve it.

AI DevelopmentWe've put a lot of effort into creating a true-to-life AI which behaves and plays like a real opponent. While there's still progress to be made to make the AI unbeatable, the AI reacts to changing situation and adapts its tactics to utilize the entire game feature set to take you out.

We hope to see you in-game very soon!