You are a God! You are master and ruler of a loyal nation. You have unimaginable powers at your disposal. You have claimed this world as yours. But there are others who stand in your way. You must defeat and destroy these pretenders. Only then can you ascend to godhood and become the new Pantokrator. When you start the game you decide what kind of god you are and how your DOMINION affects your lands and followers. It is an expression of your divine might and the faith of your followers. If your dominion dies, so do you. Your dominion also inspires your sacred warriors and gives them powers derived from your dominion. In order to win and become the one true god you have to defeat your enemies one of three different ways: conquer their lands, extinguish their dominion or claim the Thrones of Ascension. Release version and manual is available now. Manual can be downloaded from Illwinter's web page.

First patch for Smerv is out thanks to community feedback! (The file contain the full mod release) 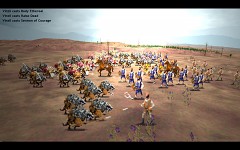 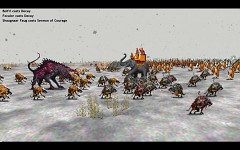 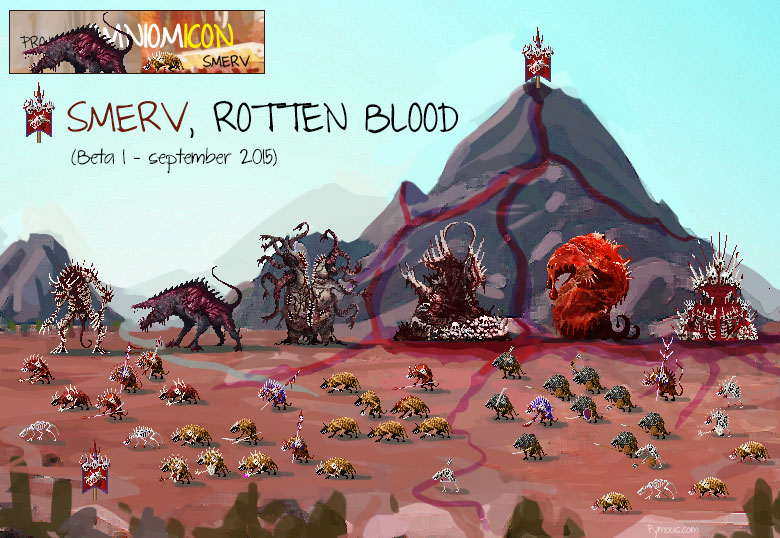 New release for Project Omniomicon! Beta2 updates both Ledan and Plavendel and introduces a whole new nation: the Smervs. It also provides a new optional...

This paper describe briefly the nature and objective of Omniomicon, a Total Conversion project for Dominions 4.

Dominions 4 has now been updated to version 4.03. Many cave related improvements as well as the usual bug fixes.

First release, so it will be much simpler to play know that i don't have to send 20 or so files to every players. Fell free to give feedback, modifie...

Myth tell of a time long ago when a great guardian let the Vanara through a portal to their new home. Most stories agree this was to keep them safe from...

This is an updated version of my National Thrones mod. It fixes several issues. I recommanded reading the summary and description of the mod in its older...

National Thrones changes the game in a way that affects all players and could very well exist in the base game. With this mod in its lvl1 EA version...

National Thrones changes the game in a way that affects all players and could very well exist in the base game. With this mod in its lvl1 EA version...

I play this game sometimes. I've loved all four of the Dominions games

For those who want a printed manual, you can now order one from lulu.com. See illwinter's dominions 4 page for details:
Illwinter.com

Great deal! Does this mean the manual isn't going to be updated anymore or will we be able to ammend the manual with new patch info? (A clear manual errata document or section in patch notes?)

Wohooo! Finally a solution to my first world problem. ;)
Too bad i already made one for myself... for almost four times the money. *sigh*

Manual has been updated for 4.04 and is now a single pdf file. You can download it from www.illwinter.com.. A printed version will come shortly.

The link points to the site with a point on the end.

Version 4.04 has been released and is now available through the Desura client as well as the stand alone downloads.

Yey! Just an idea: the "News" article directly above your post here, dated Nov 12 2013, states that Dom4 has been updated to 4.03. Perhaps you might want to change that?

50% off at Gamersgate today:

Well, as a newcomer to Doms world, it may seems an exageration score. But as a veteran player, more oriented to strategy (TBS mainly: Civ saga, HOMM, Age of Wonders saga, Fallen Enchantres and many more on this style), this game is simply THE GAME. I've frecuently read that dominions games are not for everybody. The learning curve and the micromanagement required are very important. And they increase as the turns goes on. I think that only by digging deep and reading guides you can get the juice…

Dominions 5: Warriors of the Faith 4X
Tags
Embed Buttons
Link to Dominions 4: Thrones of Ascension by selecting a button and using the embed code provided more...

Conquest of Elysium 4 Turn Based Strategy

Legend of Keepers: Career of a Dungeon Manager Turn Based Strategy