Ionage is a game about battling space platforms. It fuses elements of turret defence, traditional RTS and even chess to make a unique game perfect for that 5-10 minute bus or train ride to school or work but is also lots of fun for longer periods at home! The aim of the game is to destroy your enemy’s platform by extending your own and building weapons to attack from different angles. Unlike traditional RTS your ‘units’ are static turrets so there is a great deal of strategy in where you place your weapons to maximise the damage they deal. The focus is fast-paced action with simple mechanics that overlay to create deep and engaging strategy. For example there are only three weapons in the game that act in a classic rock-paper-scissor triangle. This leads to really exciting battles full of counter attacking tactics and allows the tide of battle to easily turn if the player lets their guard down.

Thanks for voting and helping Ionage on it's quest to become the 2021 Indie of the Year. You are now in with a chance to score some free games. Help this game secure more votes by embedding the widget (or link) we have included below on your favorite sites.

Ionage, a steam-punk themed space strategy game on Android, has undergone a significant transformation. While already a Free-To-Play (F2P) game, Ionage had a number of features in the game that could not be unlocked without making permanent In-App-Purchases (IAPs) to unlock them.

In the latest release the game's creator has done away with this model. "In the new version you can get access to everything in the game without paying" says the game's creator Tim Wicksteed. "I've moved towards a model more like Candy Crush Saga's".

In the old version half of the upgrades in the game were locked behind In-App-Purchases. In the new version, players have access to all the upgrades but they operate on a timer system. For example an upgrade might last for 10 real-time minutes but then need to recharge for 10 hours. The player can choose to recharge the upgrades early but they only have a finite number of recharges available. You can get more recharges by levelling up, sharing free recharges with your friends or by making a small IAP. 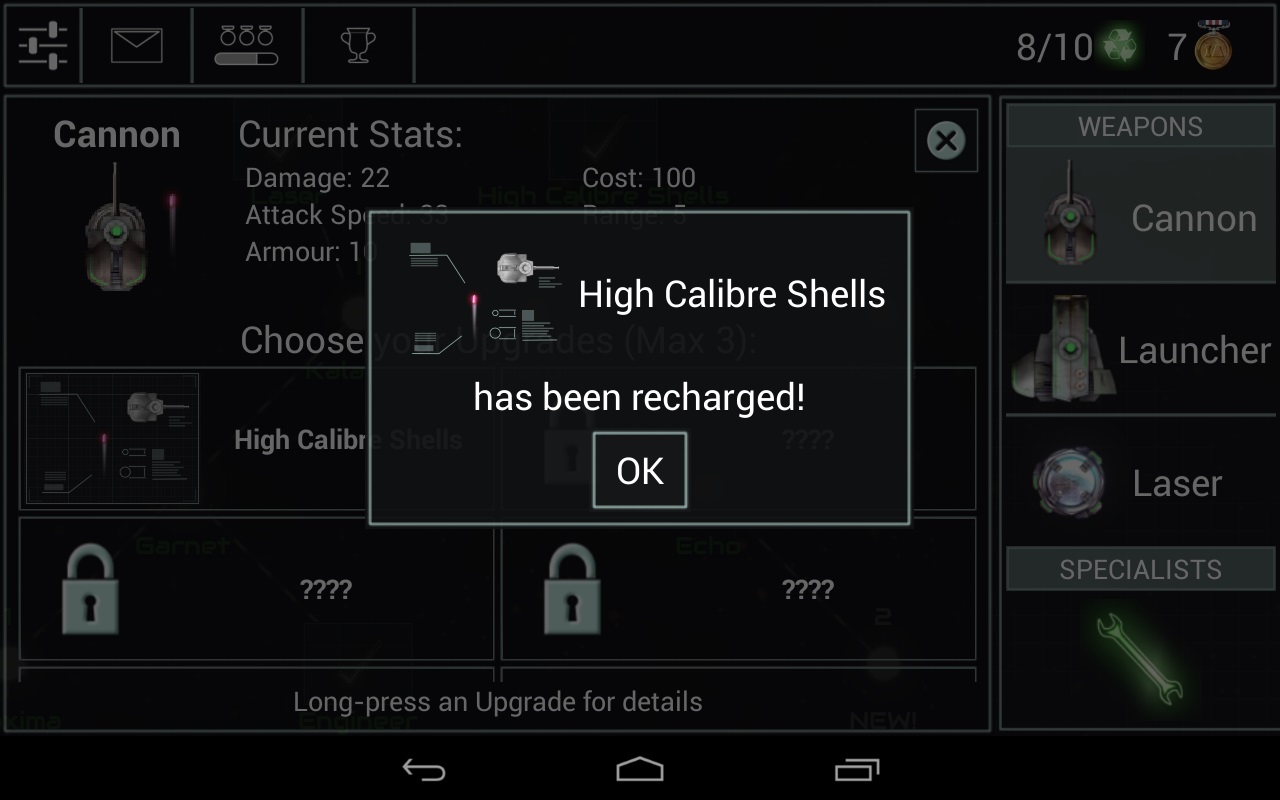 "It was a change I thought was necessary if the game was ever to have a future as a freemium title" says Wicksteed, "I would like to add new features such as a competitive endless mode with a leaderboard but I could already foresee the issues with balance. If you have a system where players who pay have access to one thing and players who don't have access to another, you're likely to run into trouble."

He admits "it's all a bit of an experiment really" and adds "in another two months it might be a premium game!"

In addition to the changes described above, the latest update adds Google Play Game Achievement support. If you want to check out the new, 'free-er' version of Ionage, you can get it on Google Play.

Ionage - Check out the latest Alpha!

The final version of the Ionage alpha before release is now out! Check it out for yourself before it's cool!

Continuing in my series of ‘Campaign Sneak Peak’ posts, today I’m going to be talking about the second type of unlockable in Ionage – Specialists...