Year 2157: Only north half of Earth is colonised, south one is polluted, poisoned and separated by endless electromagnetic storms. Three powerful alliances: Hegemony, Federation of Asian Dominions and Atlantic United Territories are fighting for resources, lands ... And secret alien technology source "ARCA". Who will be first? Who will win and dominate all of the world? And... What is "ARCA"? Is it weapon, knowledge... or the end of humanity?

At first I would like to terribly sorry for no updates for last 2-3 months. Some things required my full attention (exams, as always ><), some other still require (they are personally important but they are nice :P). The second thing is that I had to organize a bit this game's development because of some people interested with cooperation. Well, it was a mistake. For a few weeks I had 3 extra members, but the more I had, the less was done. Perhaps I don't have luck in finding members for "Reactor Factory" team. Anyway, the only one additional person I cooperate with (because he does his tasks :P ) will help me in future development, so I can focus on real work for now.

All 2D concept arts are created by s0lar1x, you can find this awesome artist at S0lar1x.deviantart.com

First and third are done by my cooperator Mosze (out of indiedb.com), the second one you probably remember (yeah, it's mine :P). 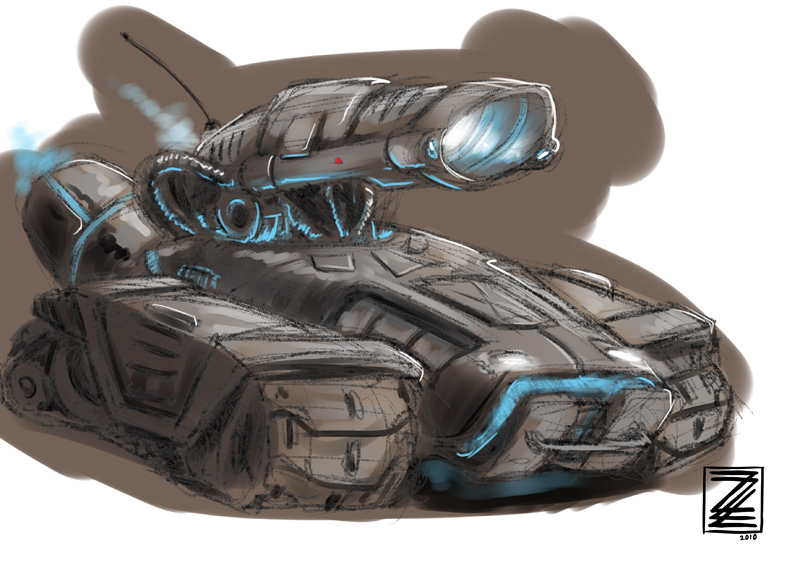 Heavy-armored, slow, but powerful machine of death, used mainly to crush enemies' structures in a couple of shots. But if it hits slow enough enemies' vehicles ... not much rubbish to collect, I can say :D 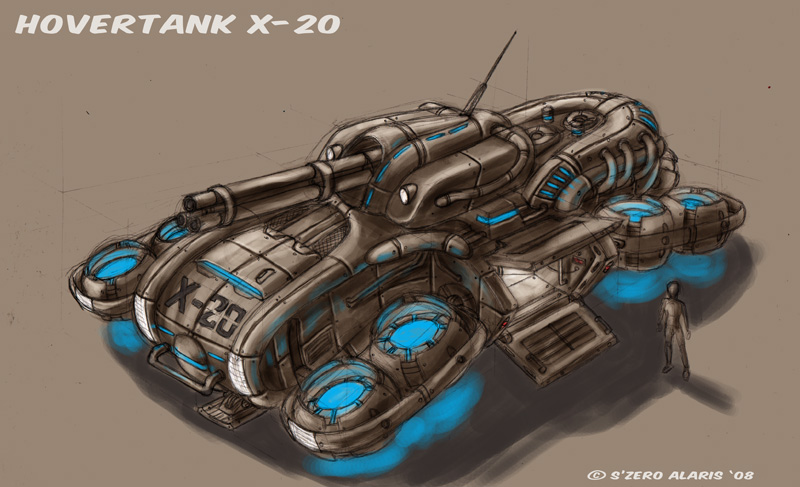 Light tank, especially useful against infantry. It can move fast in various ground conditions, it can even cross not too deep water areas. 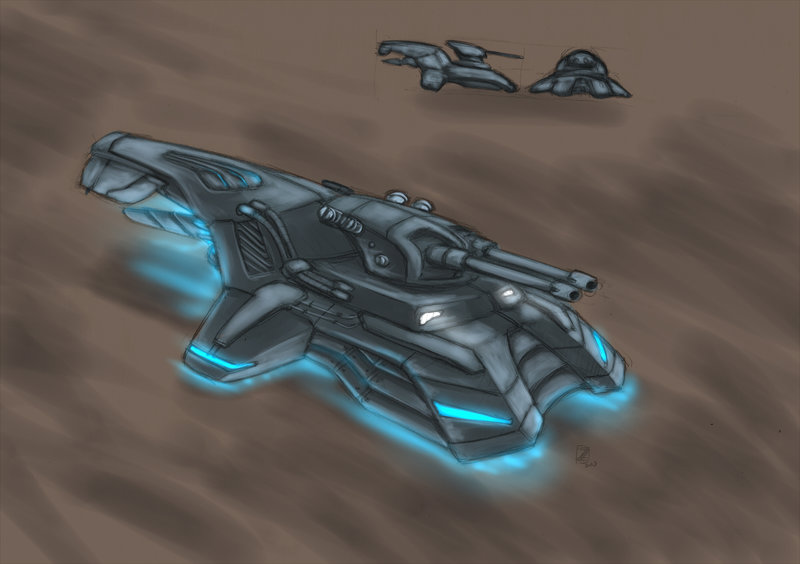 Quite similar to "Alaris" (mobility), but its main task is to eliminate enemies' machines. A bit better armored.

Soon I'm going to add dynamic panel which will show stats of a selected object, imported from "ObjectStats.cs" script and a design will be improved (image resolution).

Still, ground textures are ugly, but I'm working on it, hope in next two weeks it'll look like much more natural and realistic :)

- A* Pathfinding -> I got much practical problems using free version of Aron Granberg's A* Pathfinding, perhaps I'll try default Navmesh system. Formation system is repaired and works fine, so this stays.

- OST - at least one new track will be published soon.

Good luck, and see you soon. REALLY SOON this time!

After quite long of intensive work and learning Unity C#, today I can show you a bit more basic mechanics, typical for RTS. Despite some exams on the...

So, commanders, Christmas are coming, and my exams are gone for a while (combat quite successful). The highest time for report!

For a while, that was the hardest part. The problem I had to solve was so tricky that I had to discuss this with Unity community (and not only) for some...

In this article I want to show you a prototype of an RTS minimap. You'll learn about a little improvements to main menu and how exactly selection system...

Yeah, I had to pause it for a while, but this week we return with new stuff.

I came to see you from C&C Tib war mods. I wish you good luck.