Ghost SEED is a free to play Massively Multiplayer location-based game for Android, currently in beta, that takes place in the present day and is played out across the globe. Players assume the role of new operatives working for one of three organizations competing for influence through the use of applied quantum physics. Resource collection, combat and territorial conquest all take place on a map in the game client. Ghost SEED is currently in late public beta and available on the Android app store, with an iOS release scheduled for late 2012.

It's been a while since I've posted news about Ghost SEED, the location-based MMO for Android, and there have been some interesting changes. 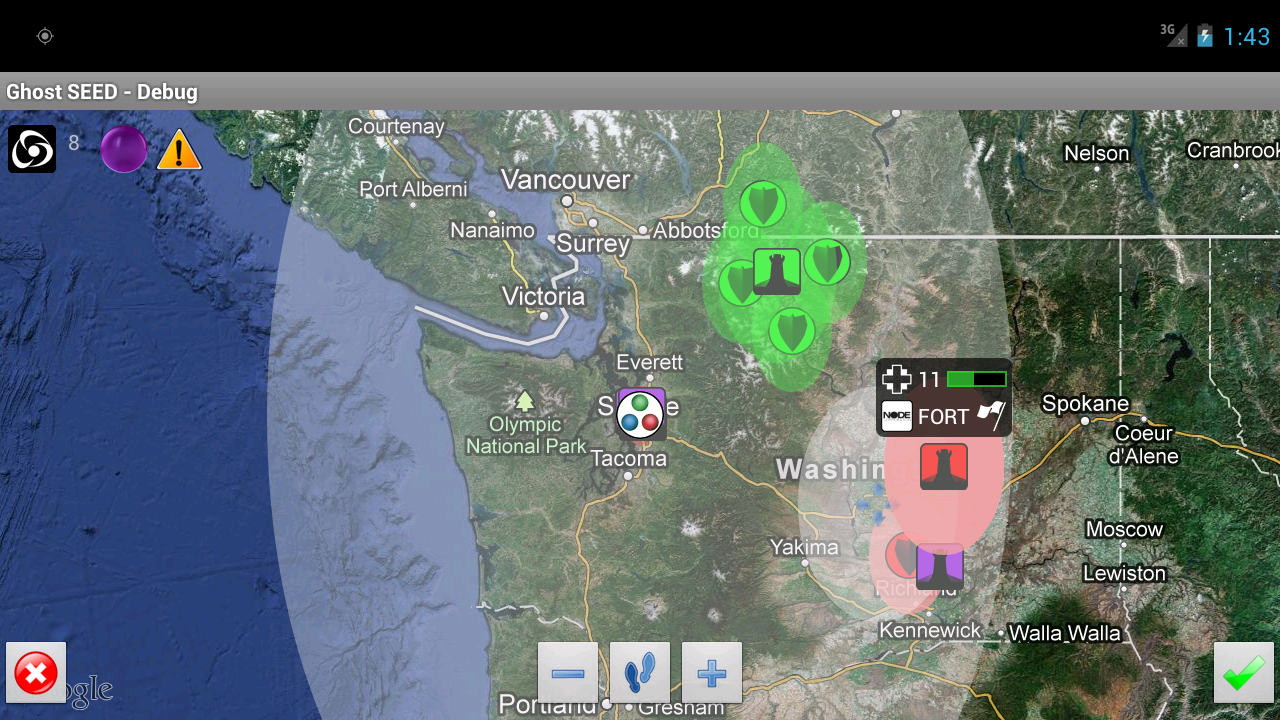 One of the most interesting for me has been the addition of Quantum Density, which addresses a common problem with location-based games: what do you do if no one around you plays? With PVE games like Parallel Kingdoms it's bad enough. It's murder for PVP games like Ghost SEED, though.

What Quantum Density does is look for a certain minimum of activity. If the game doesn't see enough activity around you, it starts looking farther afield until it either finds enough activity to make the game fun or until it can't find anything within a few hundred kilometers. The Quantum Density is calculated based on how far away it had to look - the farther it has to look, the lower the Quantum Density is. The Quantum Density is used to calculate your reach (how far away you can affect things), and the range of your SEEDs (how far away *they* can affect things). You can see in the screenshot above that if there isn't much going on, your reach ends up extending pretty far. In this example (on our test server), I can sit in Seattle and place SEEDs in Portland, Oregon and Vancouver, B.C. 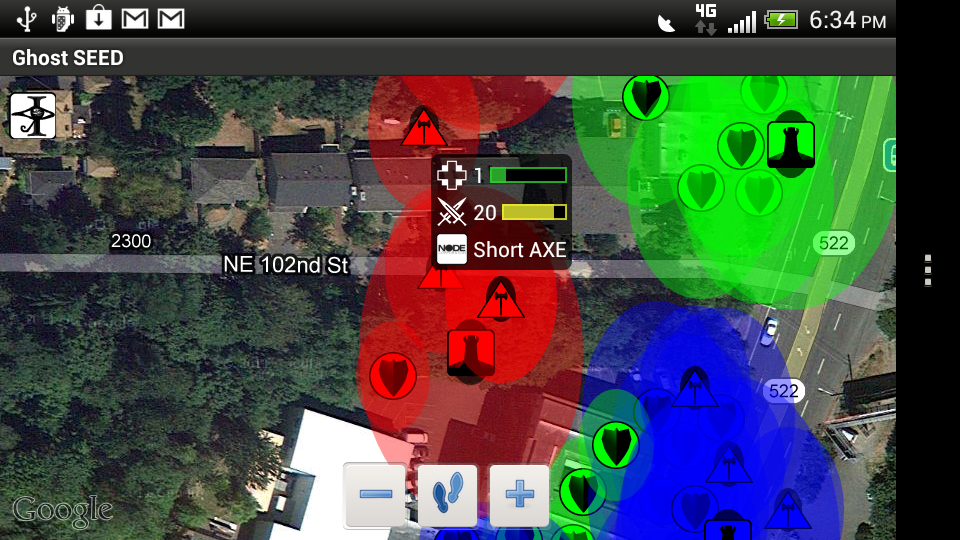 Other updates include some UI changes. The overlay style was changed to make it more efficient to draw, the overall UI was changed to the new Android Holo theme (most of these screenshots don't show the complete Holo UI), and a tactical view was added, which colorizes SEEDS and regions based on their owner, not hostility. 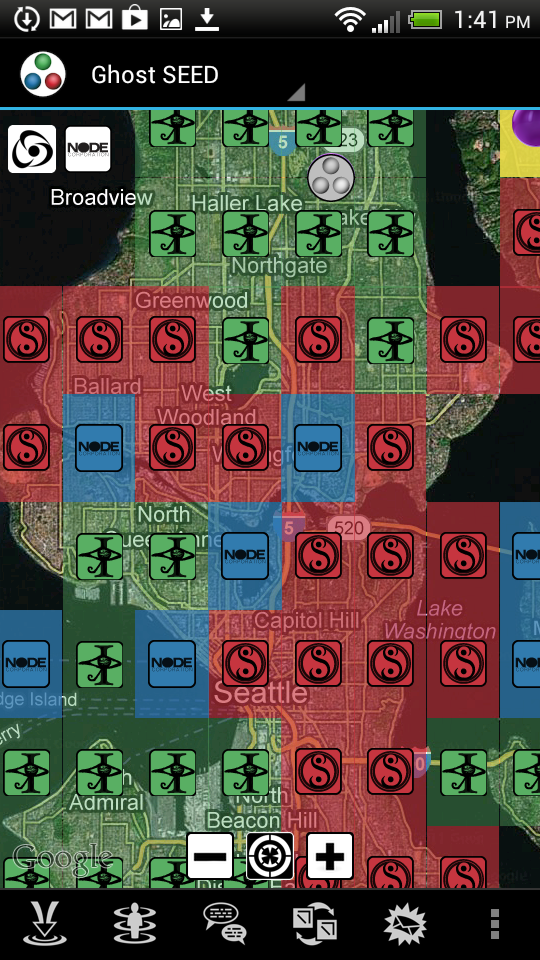 Ghost SEED is available on Google Play, so please check it out!

It's officially less than a week until PAX Prime 2012, and we're scrambling to get the last bits and bobs squared away! We're going to be up on the 6th...

We're gradually creeping up on our August 25th launch date, and getting ready for PAX Prime. Once again, since it's been a while since my last update...

Ghost SEED version 0.9.654 has been released, featuring in-game chat and regional views! We've also added a live leaderboard to the web site for all your...