Stalker online game genre is RPG-Action MMO with elements of Survival with views of the 3rd and 1st person. The game world is not so distant future (2015-2020 year), where there was an accident of unknown origin, resulting in the world, a number of so-called anomalous zones, which modified the laws of nature, there are a variety of abnormal activity, there are strange objects with unexplored properties, called artifacts, and all living under the influence zone change, mutate and pose a serious threat to humans. The place of appearance of abnormal areas of the country linked with pre-existing natural / magnetic anomalies and with high technology to human activities. In areas of anomalous zones are often, different laboratories, research institutes, etc., which studied the problems of biology, nuclear physics, organic chemistry, often by military facilities. The player is in general a stalker.

Thanks for voting and helping Stalker Online on it's quest to become the 2021 Indie of the Year. You are now in with a chance to score some free games. Help this game secure more votes by embedding the widget (or link) we have included below on your favorite sites.

Before we start talking about monsters themselves, lets make sure we are prepared for a fight.

Medkits packed in the backpack, weapon is reloaded, armor is repaired. Now sit back and enjoy. 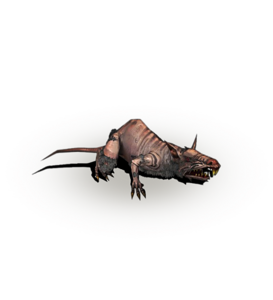 Little field mice. Living under the house. Never eating much. Tough life for a mouse... What am I about? Ah, yes!

Location: railway station and nearby territories
Loot: nothing, expept Gurman's quest items
Tactic: a group of 4-5 mice can kill a newbie in a minute, so try to stay on a distance of 1-2 meters. 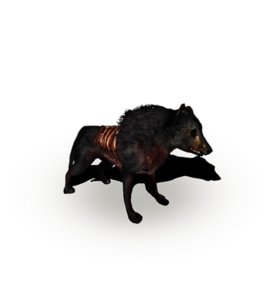 Nothing cute about this mutated beasts, they wont feel sorry for eating you, be sure.

Location: spreaded all over the zone.
Loot: heads
Tactic: they are living in groups up to 10 species and they hit you 2-3 times per one bite. So try to kill them by one and run from huge groups. 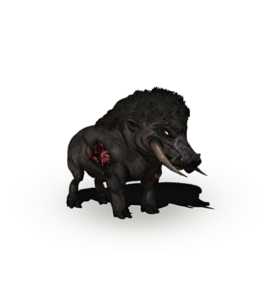 Because of the radiation, they bacame more agressive and big. But there is nothing you cant handle with.

Location: Lubech and Riabinushka forests
Loot: legs and fangs
Tactic: try to be the first one to notice him, shoot from the farest distance available, dont try to run from him unless you are a good sprinter. 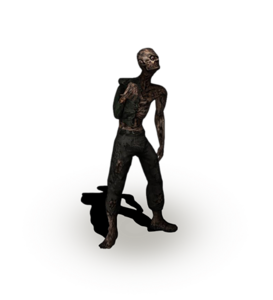 Location: south from Gurman, north-west from Sanatory
Loot: varios rubbish, sometimes medkits and ammo
Tactic: they are fast, so dont try to run away form them. Make some headshots, waste as many bullets, as you can. One of the most dangerous monsters in the zone. He doesnt wear Ushanka and drink vodka, but he kills stalkers in 2 seconds of close combat.

Location: North-West of Lubech, North and East of Riabinushka
Loot: Head, quite desired trophy
Tactic: if you are not a master-stallker - RUN!!! If you are - try to fight him near the respawn point using fast runs from and into safe zone. 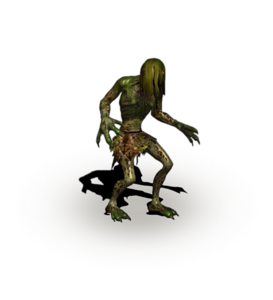 A living legend. In the straight meaning.

Location:Lubech's abandoned houses
Loot: tails
Tactic: this small fast beast is quite dangerous while staying in the house, but it is defenseless in some open spaces. 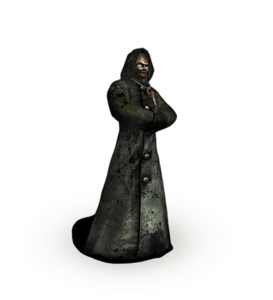 So, this is it for now! Watch the changings in this topic to have some new up-to-date information.

In the game "Stalker Online" a lot of monsters, but we don`t stop and create new one.

Recently it has begun a testing of the game localization.

Recently it has begun a testing of the game localization. As the translation is going on its own way help with translaton of text and dialogues is needed...

Hooray! The english version of the forum running.

Can I play this game now?

How do you uninstall this? Way too buggy for me. The client, the game itself, everything is way too buggy. Even the "official" website is buggy. I think I will wait until it gets fleshed out a bit more before playing.

This game can sometimes be balls hard,especially nwhen the lag spikes happen which isn't too often for me,my in-game name is Artyomiska if anyone want's to team up

I play on the other stalker though,not the one on steam,I doubt it's this one but not to sure...I played about a month ago and I don't think there was ever ADS for weapons,unless it's only for scopes/reflex,I only had a makarov and you can't ADS with it or go into FP mode at all

So, is this the true one? Because the one on Steam, Szone, it sucks major winners, massive amount of hate and upvotes are people talking about Best Uninstall ever and how they can't login...

How does this one didn't get into Steam? Everyone there says that this one is the true version, the working one and that is not full of ****. I will try this one today.