The living, action building game from the developer formerly known as Epic MegaGames. You and your friends will lead a group of Heroes to reclaim and rebuild a homeland that has been left empty by mysterious darkness only known as "the Storm".

Band together online to build extravagant forts, find or build insane weapons and traps and protect your towns from the strange monsters that emerge during the Storm. In an action experience from the only company smart enough to attach chainsaws to guns, get out there to push back the Storm and save the world. And don't forget to loot all the things. 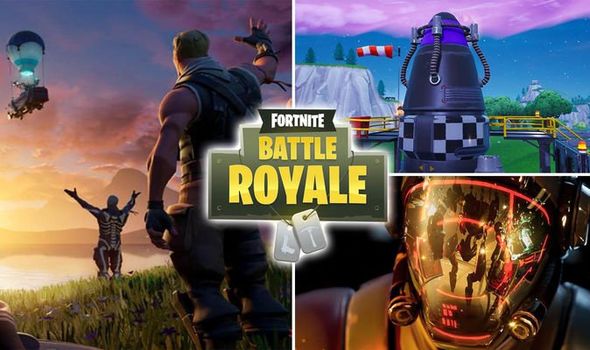 On Sunday, the world went down for millions of children and youth.

We who are still playing have now enjoyed 10 Season of this game and throughout the different seasons there has always been an update on Thursdays, but today it was only closed. "The End" was called live broadcasting which began at 8pm on Sunday. For those who played then it all ended with rockets that shattered the entire island inside the game.

The screen then went white, before everything shrank to a small black dot of pulsating plasma all around. The game is now gone, it is impossible to log in and load something similar to what was there. Epic Games, which owns Fortnite, is now streaming the black hole on all its social media accounts.

~ Watch The Full - Fortnite the end even here ~

There are millions around the world wondering what is going on?

Probably the explanation is simple enough: The whole thing is a well-planned game for uploading new software for the next chapter. Chapter 2. Now a whole new world is to be built, and the amount of data is probably so large that you need a longer downtime.

When will Fortnite come back?

If you look at the history of the game, it should be back in place on Thursday, October 17. The other seasons have always had a Thursday premiere. At the same time, in advance of each new season, there are usually a few hours of downtime. Now speculation on social media is about when Fortnite is back. 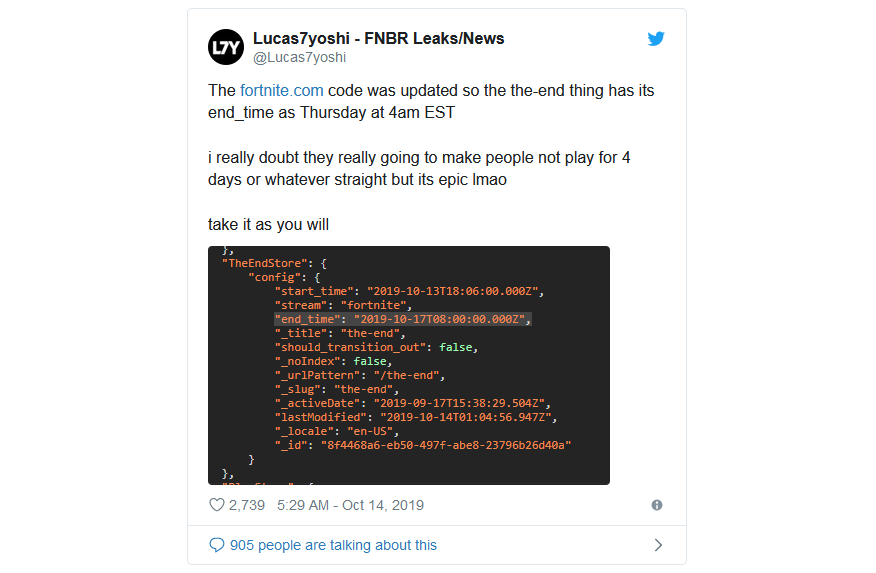 For example, the Twitter user @ Lucas7yoshi believes to have found another time in the fortnite.com data encoding. So yeah more or new stuff coming soon to Fortnite and maybe who knows even more new things will come to the Save The World part too.

Software update. 1) Added the possibility to select the webcam(if there are more than one). 2) Now you can select the sensitivity to the tilt of the head...

Do you want to have an undeniable advantage over your rivals in Counter-Strike, Fortnite or any other game? WebCam Game LRTracker will help you with this...

ah, this is the evil made epic stop making unreal and sold gears...

The end is coming for you Fortnite, I like that

It's absolute bollocks that this Mediocre Game won a Game of the Year Award at the Golden Joysticks instead of Red Dead Redemption 2...