is a naval TBS game, expanding on the 90's games of the same theme by adding base building to the mix. Featuring 9 ships classes, 4 airplane units and 4 buildings, a map generator, PvAI and hotseat PvP, Flotilla WWII offers a simple but fun WWII strategic naval experience.

We have been Greenlit! Thank you for your support, we hope to deliver the release version as soon as possible! 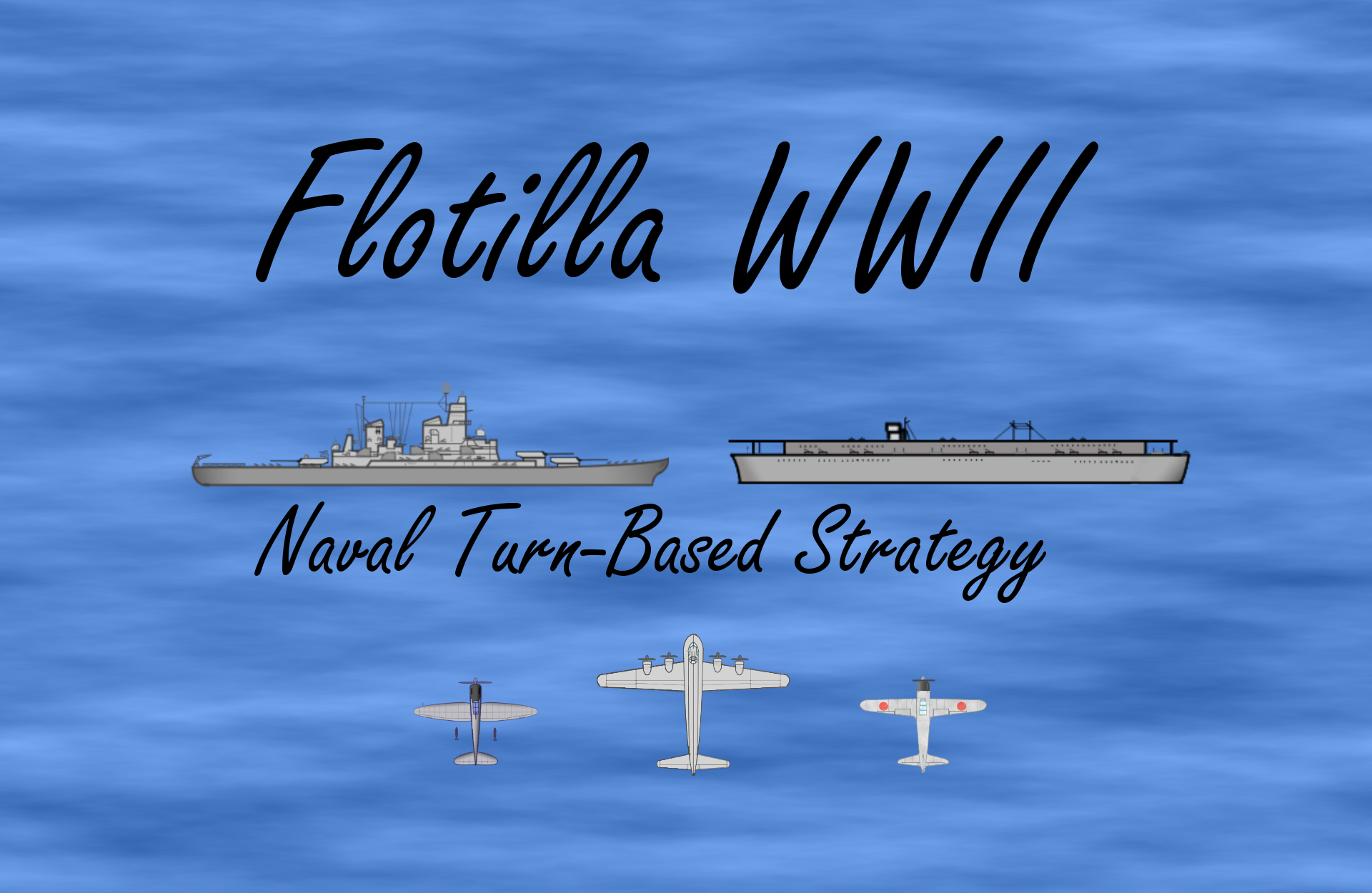 Take command of the US or the Imperial Japanese Navy and fight an all-out war for domination over an archipelago full of diverse islands. Build factories to increase your income, ports to repair your ships, airports to build up an air force, and place AAA on key points to hinder the enemy's bombing plans.

Balance your force with small and fast ships to intercept enemy attacks, and slow capital ships that can deliver a strong blow but also make it back to port for repairs. Launch a fast attack, swarming the emeny with destroyers, frigates and light cruisers, or build up your strength and deliver an unstoppable blow with battleships, aircraft carriers and swarms of bombers. You are in command, and you choose how to achieve victory. 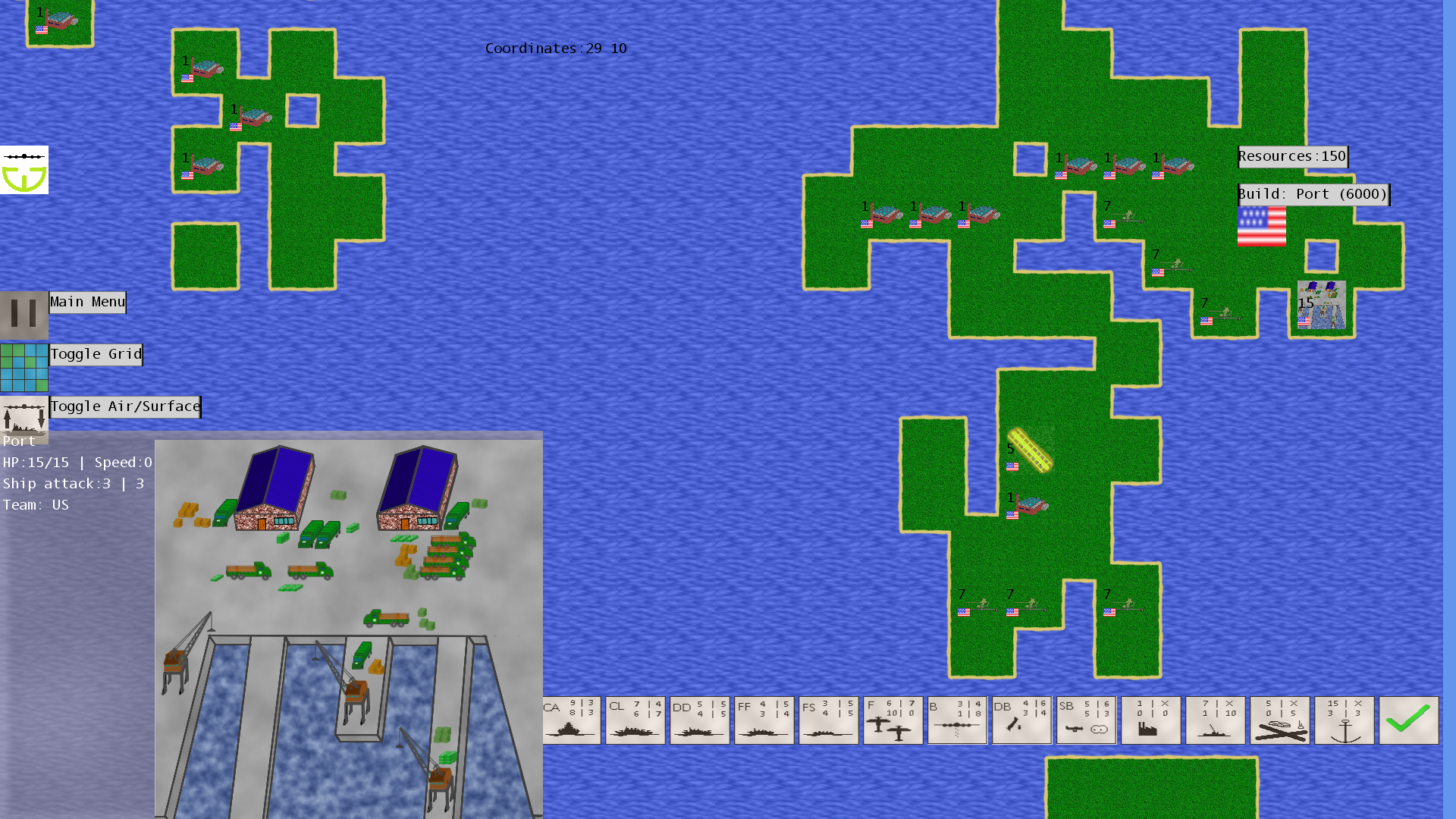 Greetings, Admirals! Following your feedback, we did some serious work the past months creating textures for all the units in-game. The new textures are 512x512 pixels with the units covering the better part of them. Land and Sea textures are also updated and shoreline now borders them, which according to some playtesters also improved the clarity of the maps. Take a look at the new visuals in the new, shorter but better trailer:

(indie composer, musician and fellow computer engineer Stratowave gave us a hand with the music, and was kind enough to record us a far better soundtrack, which you can hear in the trailer)

Many of the ships take the form of iconic ships from that theater, such as the USS Iowa (whose original pictures also consist the menu backgrounds). Other ships are a composition of elements from multiple ships of the era, in an effort to make them more distinctive so you can recognize the ship class just by hovering over it. 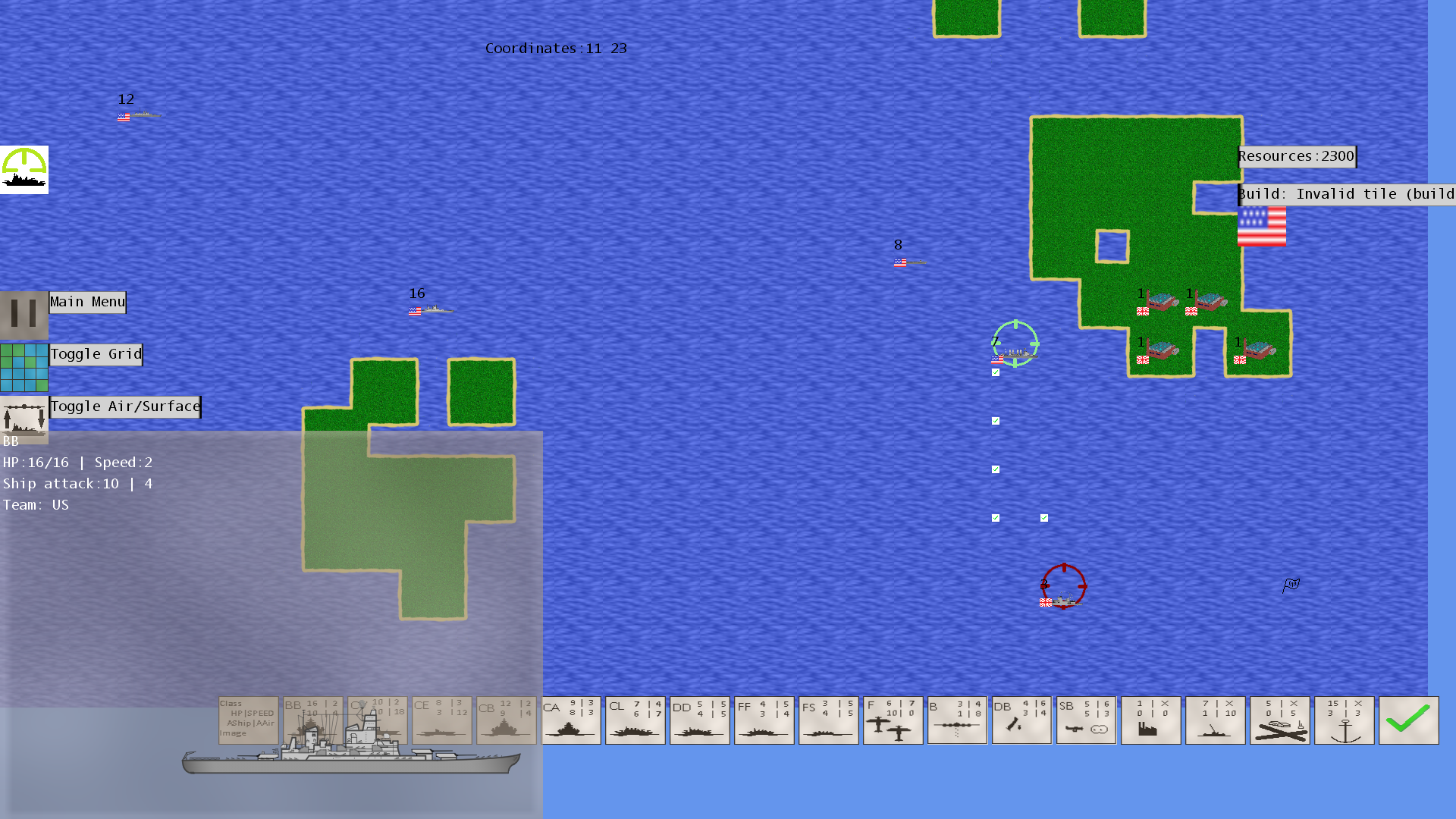 The new tooltip also helps present data in a lot simpler fashion just by hovering over a unit, production button, or even menu buttons. For a jump start, in addition to the option in the Main Menu presenting you with some basic tips, you are also provided with a hover-only button in the battle which outlines the basics of the controls. 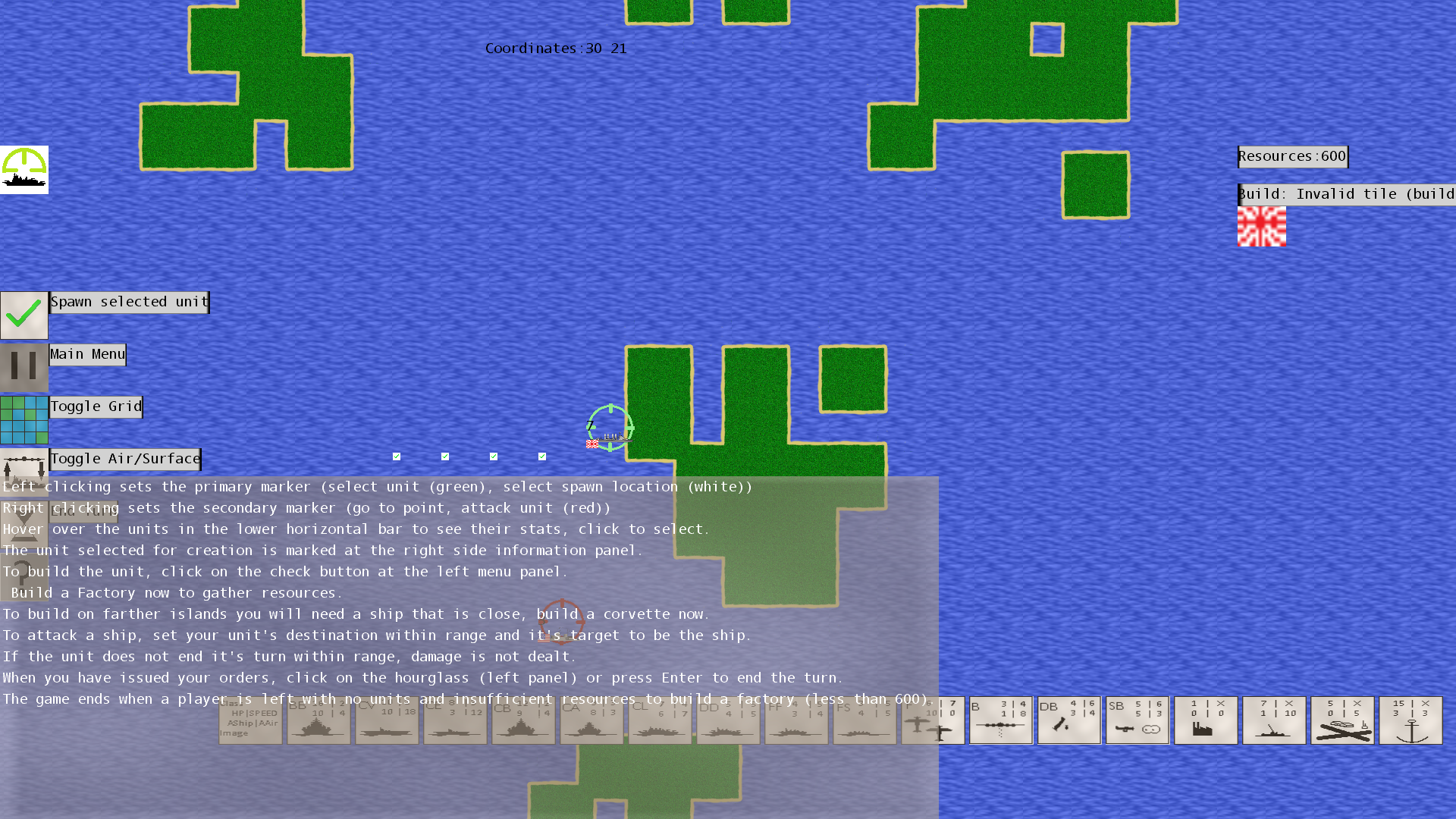 A further UI improvement is the ability to hide the descriptions of the buttons or even the buttons themselves along with the tooltip by pressing Tab to cycle through these UI modes. This allows you to view the battlefield without any distractions, and also solves the issue of the edges of the minimap being partially obscured by buttons. Remember: when you want the big picture, press 'M' to toggle to the minimap and back. By the way, you can also use the UI cycling features to get nicer screenshots: 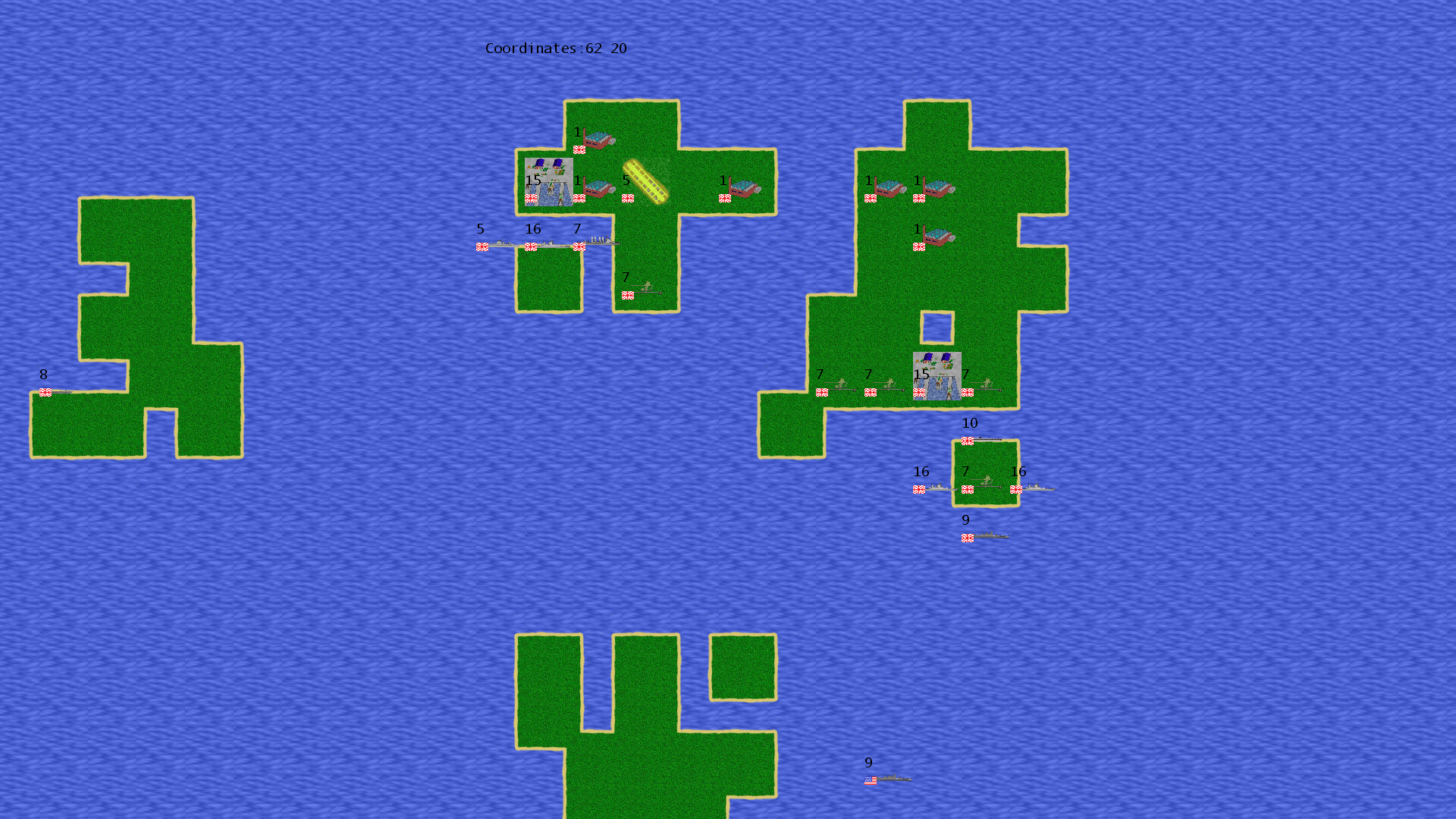 And don't forget to Vote on Steam Greenlight (Click on image)

or launch the Greenlight page in Steam if you have it installed!

Major graphics improvements for the terrain!

Flotilla WWII hasn't exactly been pretty so far, so we put in some extra effort to improve the graphics, and the terrain is looking much better!

I'm excited to announce that Flotilla WWII has been submitted to Steam Greenlight, an overwhelming feeling for any developer who does this for the first...

Photographs from the Pacific Battleship Center

The Iowa has provided us with photographs for the menus! Over the past week I have had the pleasure of exchanging e-mails with David Way, the curator...

Responding to community feedback, I am happy to release an updated version of Flotilla WWII, with updated UI and, more importantly, with far improved...

A collection of smaller upgrades and improvements done over the past 3 years. This includes bug fixes (especially for an audio bug that caused a crash...

Edit: an issue has been identified that prevents launch on some computers, we are working hard to fix this and will upload a fixed version shortly! A...

Flotilla WWII is finally released! This is the full game, with all the units and gameplay functionality.

Legions At War Turn Based Strategy

Unity of Command Turn Based Strategy