Empire of the Golden Phoenix

Empire of the Golden Phoenix is a unique Fantasy/Sci-Fi hybrid from the former modding team Grim Reaper Interactive. Now gone indie, the GRI team wishes to deliver you a stunning new gaming experience. Some companies would tell you that simplified is better and that casual console games are superior. We know that is not true. We aim to deliver a unique, complex Action-RPG for the PC platform. We have designed many unique features such as a more natural and fluid skill system that eliminates the non-stop grinding action seen in Hack n' Slash games, replacing it with a more natural and immersive system. In EotGP, skills are learned from teachers and as long as you have the gold and the prerequisites, you can learn any skill available to you. Please note that some teachers will only be available after certain events in the story, to prevent your character from becoming too strong early on in the game.

EotGP is built around the award winning Unreal Engine 3, using UDK. We will have a wide array of graphical settings using different sets of meshes to ensure the game is accessible to those with a low-end PC, but still delivers some good eye-candy to those with a more powerful gaming rig. Nvidia PhysX technology built in with the UDK will provide realistic physics effects complete with cloth simulation and collision detection for combat. Physics will also have a wide array of settings to insure the game runs on low-end PCs.

Story is centered around Kainan Wolfe, a human slave miner on the continent of Erendyah. Players will be able to follow in his footsteps and recreate his journey across the Ayrhed universe the way they want it, as there are always multiple ways to solve a quest and often with different consequences. Experience Kainan Wolfe's epic adventure as he rises from slave to God-Emperor of the entire human race and conqueror of the Ayrhed world. But power comes with a price and Kainan's rise to power may cost him more than he bargained for.

A living, breathing world, where NPCs have their own daily routine and goals. A world that reacts to your actions through a unique reputation system based on Personal Goals (Altruism/Glory/Wealth/Power). Experience a world that changes realistically with the passage of time. Nothing stays the same during the 15 years time frame of the story.

Unique, sttealth oriented gameplay, never before seen in an RPG. Infiltrate, assassinate, steal information, disguise yourself as someone else, frame someone of something. Experience a world that reacts not only to your actions, but to your appearance as well. (You can't enter an elven city wearing a Covenant armor, for example.) Smuggle weapons inside cities, bribe or murder your way in. Accomplish your goals through any means necessary. Uncover conspiracies, join secret societies, reveal the truth about humanity's orrigin and ultimate destiny. Rich background lore and well developped concept that has been 6 years in the making will help create a believable world with its own beliefs, politics and culture.

The replayability of the game comes from many features. First of all, our non linear story and the unique personal goals system. Second, there will be multiple ways to tackle enemies and each type of enemy will have different strengths and weaknesses. As I said earlier, you can kill a cockroach by button mashing. Try that against an elven royal guard and you might (just might) last a whole second against him. Blocking and evading will be an important part of combat, but I won't reveal more about this right now. 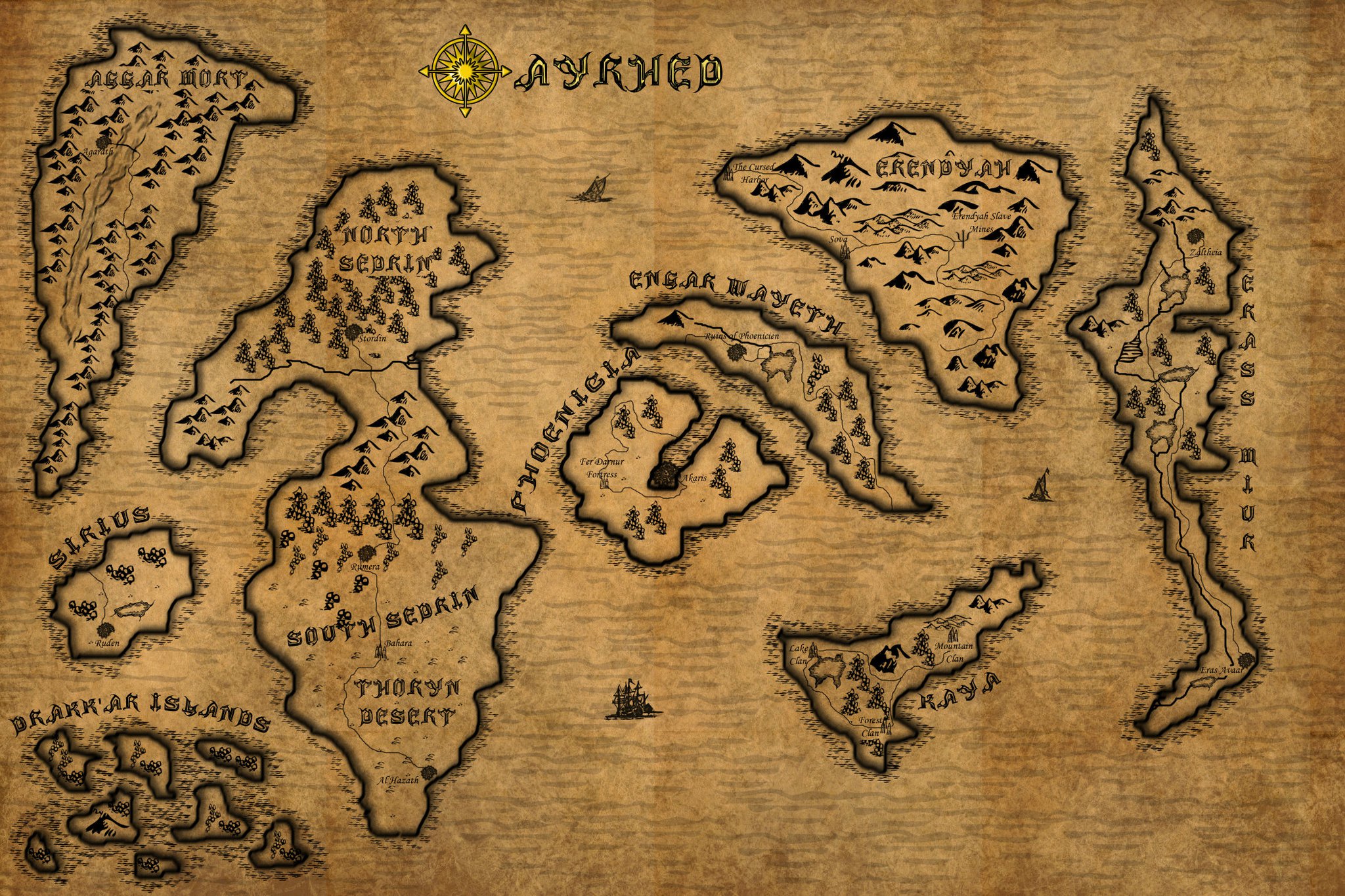 To give you an example of the non-linear structure of our game, here is an example of a classic RPG quest done our way: Farmer asks you to help him get rid of bandits who are trying to rob him. Ok, so far so good, seen that, done that. However, now comes our personal goals system. You can help the farmer and refuse any rewards. You get no money, but you get points for the "Altruism" Personal Goal, you get the reputation spreads that you help people unconditionally and that you're a good person. Or, you can settle with the initial promised reward and ask the farmer to spread the word of your deed. You get points for Glory and the reputation of a famous person. You could also bargain and demand double the initial reward. You get more money, points for the "Wealth" Personal Goal and more % mastery for the "Persuasion" skill, but the reputation spreads that you are greedy. Or, my personal favorite, you can help the bandits kill the farmer on the condition that they make their list of contacts available to you. You gain access to more shady people, points for the "Power" personal goal and the reputation that you are ruthless and power hungry. Depending on the quests you do and how you do them, the game will calculate the percentage of each Personal Goal out of the total PG points and will select a certain reputation preset. There are multiple combinations here. You can be known as a Robin Hood type, sometimes haggling for bigger rewards, mostly being altruistic and on a few ocasions resorting to less honorable deeds to fulfill your goals. Of course, as a result of your reputation, NPCs will treat you differently and other possibilities will open up. Some quest givers prefer people with a certain reputation, even in the main quest of the game.Also, there are what we call "jobs", side quests that become available at random points during the game, depending on an analysis of skills and story progression. And some of these "jobs" can unlock further quests. Also, we will have a system of random events which will, more or less, have an impact on the world. With NPCs that have daily routines (in some cases the AI will randomly choose between two or more tasks that an NPC can perform at a predetermined hour, so NPCs might do something one day and something else another) and a wildlife that behaves naturally as well (hunting, feeding, sleeping), you get an idea of how dynamic our game world will be. You will see animals doing their thing in the wildlife, travellers between cities, bandits sometimes attacking travellers, different people at different hours in taverns each day, etc. Ayrhed might turn out to be the most complex, lifelike and immersive game world ever created.

The release date for Grim Reaper Interactive's epic Sci-Fi/Fantasy Stealth/Action-RPG has been revealled!

We have released an article regarding the magic system.

Win a spot in the story and game design department of Grim Reaper Interactive!

Colaborators wanted for Empire of the Golden Phoenix

So now its dead

Can we assume this one is now dead?

No, the project is not dead, we're just very busy working on it right now. If you visit our FaceBook page, you will see 3 new screenshots.

Ohh! I honestly didn't expect an answer. Good to hear. We would appreciate some updates though. It's hard to keep people interested, when there is absolutely no info on the game for almost a year.

That's because there is no team anymore.

so this is dead now?

My friend Th13f forgot to re-post that we are looking for 3d modelers and artworkers. For more details but not so much please PM me.Enjoy the new screens

Showing some decent graphical promise there! =)

But when it is an Action-RPG, it is *only* the gameplay that counts, in my opinion.. I really hope you got that down already, to a degree.

For support, I mean, support for operating systems, since there are more games coming out that are alienating XP gamers (around a third of PC users).

Our game is built on DX9. We develop on both XP and 7. I personally use XP, so it will run on it as well

Tags
Embed Buttons
Link to Empire of the Golden Phoenix by selecting a button and using the embed code provided more...