Eden Rising is a brand new action-packed Open World game! Explore the vast world of Eden and defend your bases from hordes of alien monsters. Make use of everything you collect to craft powerful defenses, upgrade your weapons, and unlock challenges.

Eden Rising launching on May 17th!

We are so happy and proud to announce that Eden Rising is going to launch on May 17th! This date marks the anniversary of our Early Access launch, and we feel Eden Rising is ready to take on a whole new journey!

Of course, we would not be where we are today without our Early Access supporters. They will receive the Ascendant Edition, as well as the DLC (see below!), automatically, at launch. Thank you so much for talking with us, playing the game, and just generally being awesome.

Check out the Edition comparison below: 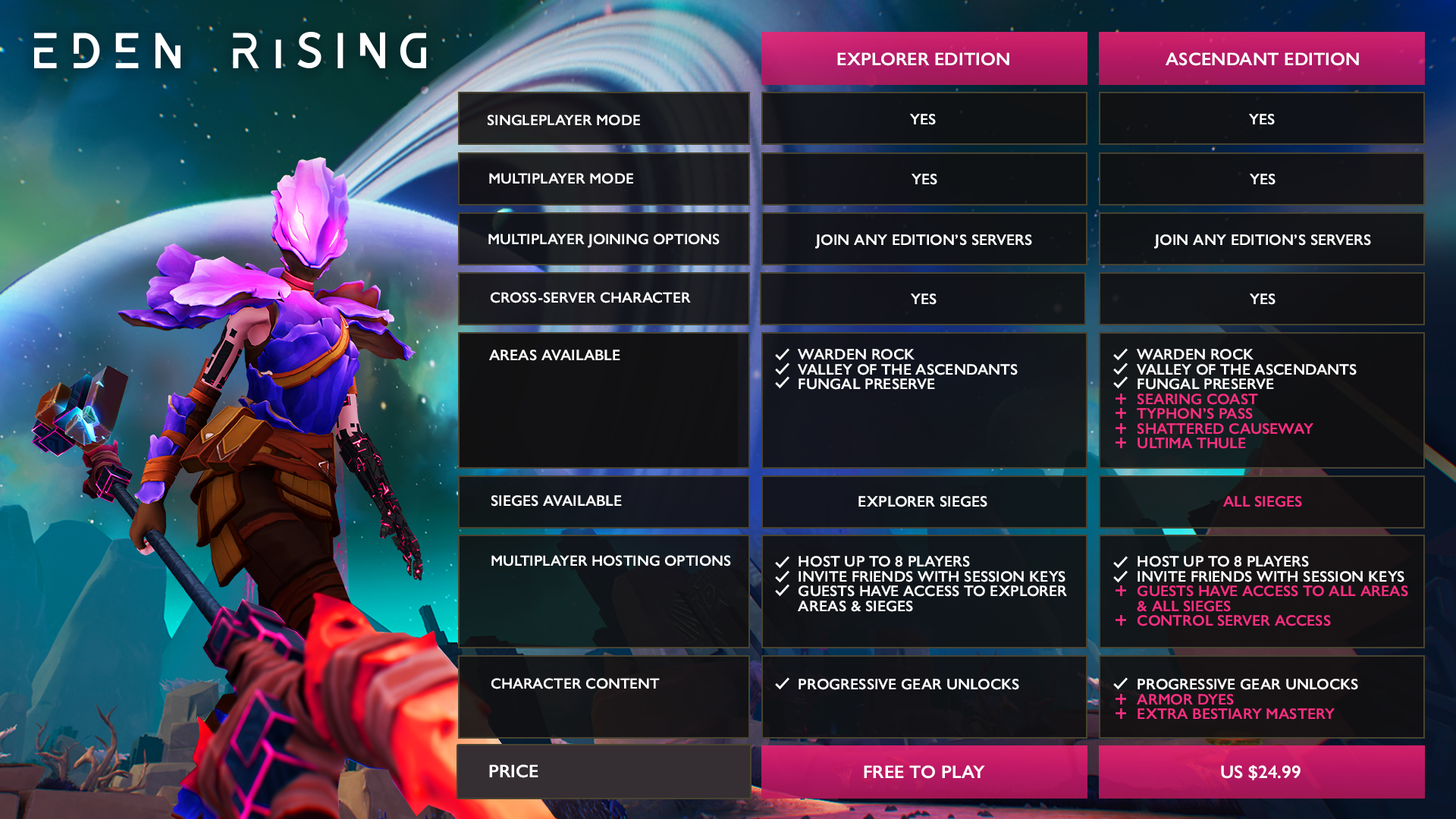 We’ll also be adding the new and improved Crystal Weapons Pack as DLC. These mysterious crystals channel energy from the creatures of Eden during battle. Charge them up and then unleash their power! While powered-up, these weapons are extremely destructive and rend through even the toughest armor! In case you missed it, our Early Access supporters will also receive this pack automatically at launch. :)

Eden Rising has come a long way from when we first came out in Early Access a year ago. We released more than 14 updates, handling everything from bug fixes, improvements, new content, and more. Many of our features and updates were made directly because of you, our awesome players. Thank you for coming on this journey with us, and we hope you’re as excited as we are! We will continue making Eden Rising the best it can be. Expect some new and exciting things in the future!

We've been working on a huge update to the game thats sure to shake things up!

Eden Rising has had its first major update to combat systems, paving the way to some even bigger changes in the near future!

Eden Rising has now launched into early access on Steam!