Deriva is an innovative tactical survival role-playing game. Jump on your boat and sail away towards unknown islands. Train your "derivan" to eat the strangest fruits and build a home to survive the most deadly storms. Visit us at: www.derivagame.com

We rolled out a new major update the last weekend with a lot of new features. In order to survive ingame you will now need a more tactical approach. Everything matters! Which island you choose to settle at start, the temperature/humidity, meteo effects, whether if you carry an item with one or both hands, and so on. Finally the derivan prefers to sit while sailing with the boat. You can also sit everywhere and that will recharge your hands strength faster than standing. The real goal is to let the player know that every action you do matters and every item you find is precious if you want to survive. A departure to another island in search of food or rare raw materials without proper equipment could be a fatal decision. So i think that the classical sandbox way of play will not be really represented in this game. Lately there are a lot of upcoming sandbox games around. Check them out :) 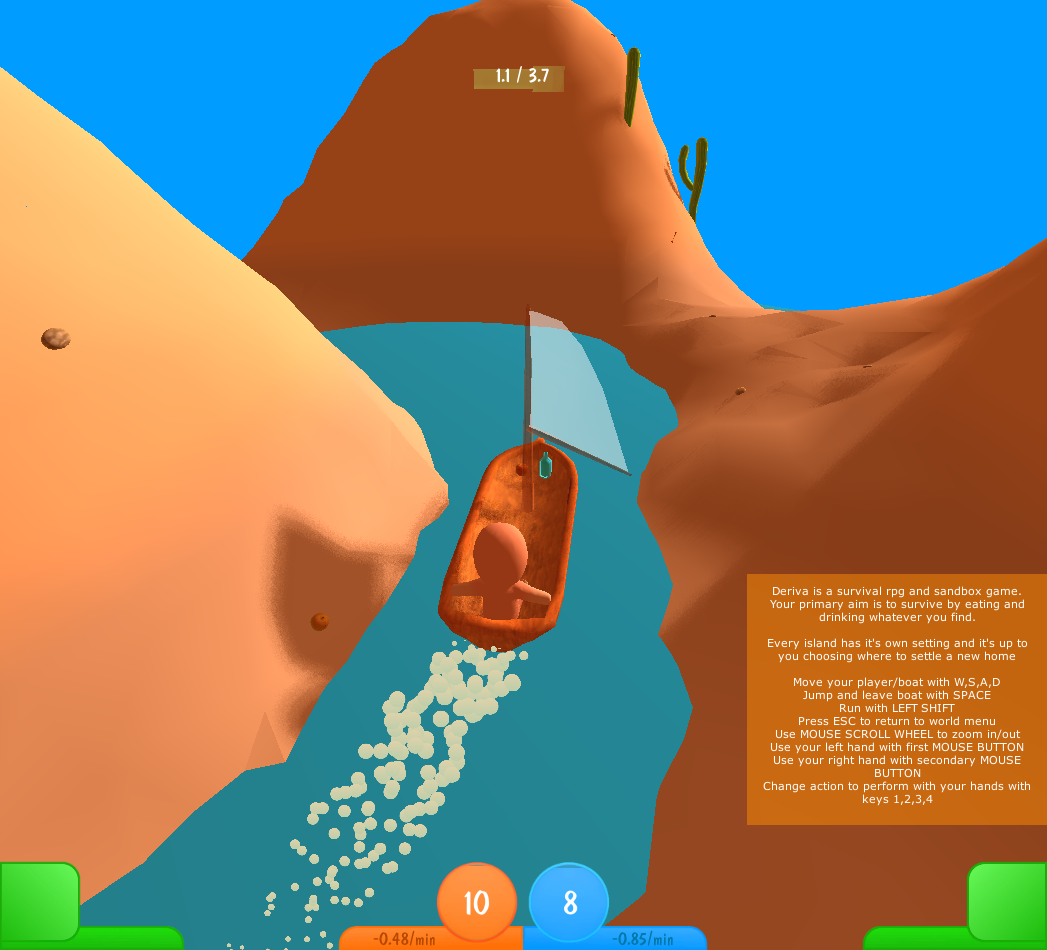 Thanks to the unity3d engine it was no great effort to port the current game on linux and mac os x. I'm not the only one that really hopes that linux gaming has a bright future. 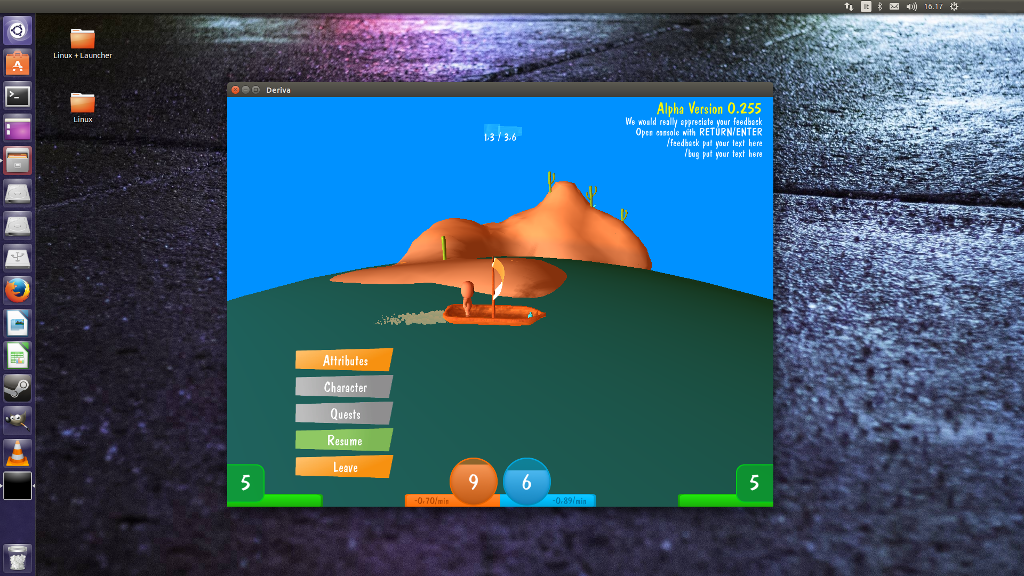 The ingame menu is now comfortably navigable with a joypad, maybe in front of your tv :)
Further changes and fixes are listed at the bottom. We would really appreciate some feedback or a few small inputs for our next updates. That's all folks!

THIS IS AN ALPHA BUILD, GAME CONTENT IS SUBJECT TO CHANGE

Another month has passed and a new bunch of features have been added. First of all I figured out that sailing in first person view isn't that fun on a...

In the past month we really did a lot of things to improve our game. The most important feature is related to the save/load system.

Hi folks, I'm happy to be back with regular updates. I promise to post an article every major development progress, but be sure to check out the few minor...

The latest game version is out now!! From now on temperature plays a great role. Enjoy the game and tell me what u think about. Don't forget to vote for...

This is an alpha build, game content is subject to change. Download the latest mac os x game version.

This is an alpha build, game content is subject to change. Download the latest linux version of the game.

This is an alpha build, game content is subject to change. Download the latest windows game version.

This game is so awesome ! I really enjoy playing this game every time went i came to cyber cafe :D !! Thanks DEV for making this game ! It every cool and good and the models also look so cute for me ! and thanks for make this game free to play ! keep it up and update :D i love it

Wow! This is developing fast! Good luck with this project.

When will Linux be supported?

Hi, we will support linux with the upcoming update :)

The tutorial needs to explain more. Me and my little sister were confused at first but we got the hang of it on our own! Couuld you please add a whole lot more items in the future? It is really easy to get bored of right now. Hopefully a shelter of somesort soon as well? Could you please fix some more bugs like when I try to fight it just does nothing. Also please make the hunger and thirst bar more clear, I didnt know what they were at first!

Hey, I'm glad you figured out the basic game controls. But I know how you feel about the game and really appreciate your precious feedback. We are working hard on an upcoming update that will make a lot of things better. But it's too early for massive content. First the player interaction with the environment needs to be solid :)

When i try to join multiplayer i get stuck in the join menu. Is multiplayer online and working ?
Also for anyone who dont see any text in the buttons, download the latest java

Multiplayer is currently not available. I will reactivate it when there will be more ingame content and gameplay features.