Deriva is an innovative tactical survival role-playing game. Jump on your boat and sail away towards unknown islands. Train your "derivan" to eat the strangest fruits and build a home to survive the most deadly storms.

In the past month we really did a lot of things to improve our game. The most important feature is related to the save/load system.

In the past month we really did a lot of things to improve our game. The most important feature is related to the save/load system. Now when you play the game it saves the world automatically every second. So if the game crashes you can restart and continue to play on the latest saved point. Not everyting is saved yet, but we are on the right track :). Then we improved the boat sailing and control system. There is now also a water trail made by the boat. The first image shows the top-down view from the world menu where you can continue to control your player/boat. 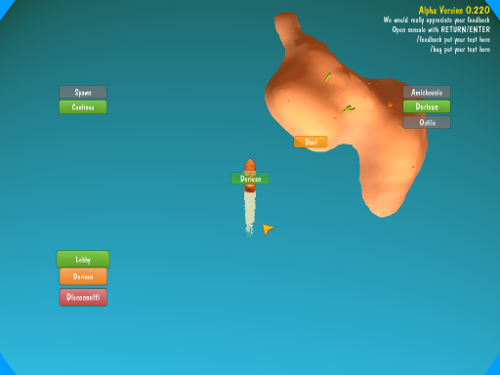 We spent the most of the time on cleaning up the code and optimizing the memory usage. The world editing tools got also a few improvements. But what we now really like is the possibility to carry heavier items by using both hands. And if you let destructable items fall, then you will see the damage on collision with the floor like in the second image. 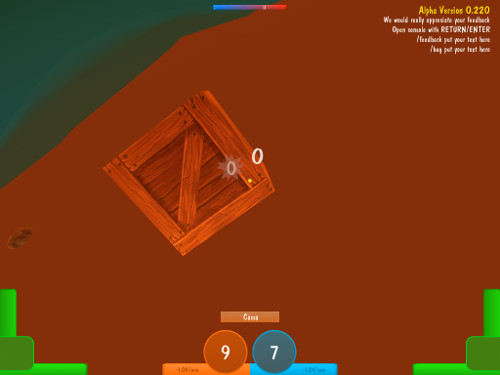 One last image to show off that we also introduce a few new items. The golden coin for example. 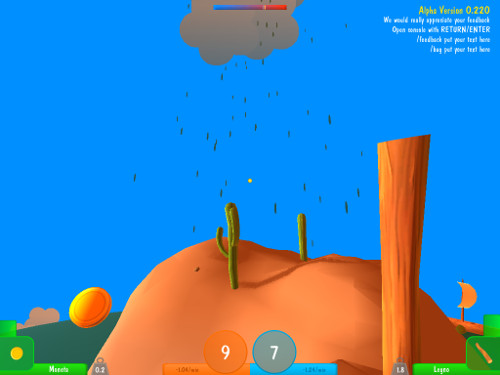 That's all for now, let's go back to work!
If you like what we made so far don't hesitate to follow us.
And of course, constructive criticism is always appreciated ;)

THIS IS AN ALPHA BUILD, GAME CONTENT IS SUBJECT TO CHANGE