Dark Salvation is about a dead woman named Talia who becomes possessed with an object called the Spirit Crystal. Her parents released the Lucafix demon through one of their cult meetings and she has been pulled into the Underworld to purge it of evil.

Experience fast paced, old school FPS action at its scariest. Face multiple monsters within dozens of indoor, outdoor and underground levels. Wield a deadly arsenal of weaponry in which Talia can cast magic spells from each weapon.

Dark Salvation contains a very diverse musical score with each level containing its own individual creepy, eerie and heart pumping music. Each song is unique coming from over a dozen music artists who have contributed their talent to the project. Some of the artists music found within the game are from: Halo In Reverse, The Holocaust Humanity, Abstractive Noise, Dead Factory and many, many more!

You can sample a few of the tracks found within the game here: Sample1 - Sample2 - Sample3 - Sample4
Take a look at the screenshots while listening to the samples to get a vibe of what you'll experience while playing the game.

The Underworld of Dark Salvation contains many sinister weapons all of which can cast magic spells by the one who is tainted by the Spirit Crystal and has the weapon in their possession. From deflective shields, to exploding skull launchers, blood/life/soul suckers, stake shooters and more, there is a weapon to aid you in every type of battle you encounter. There are even helper weapons that will latch onto certain objects that can help pull you across pits or to normally unreachable areas where you can find secrets and items. 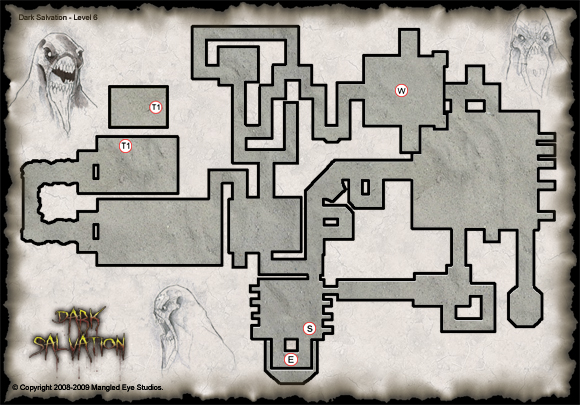 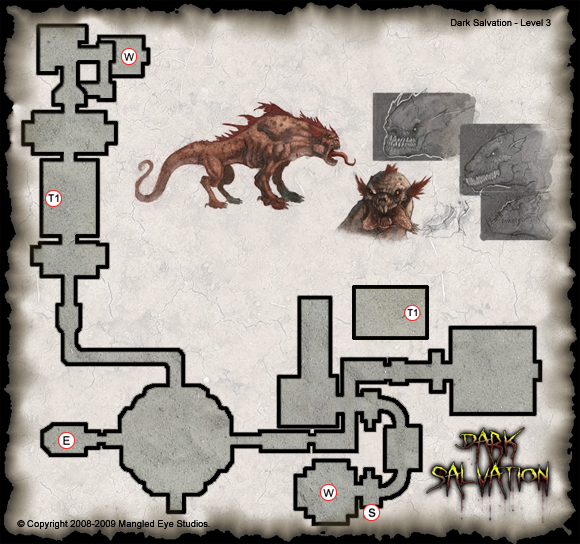 The Dark Salvation Free Offer has expired. The game is no longer set as a free download. You can still obtain your copy from the website.

From now until Dec. 31st, Dark Salvation has a special Christmas holiday pricing. You can now purchase the game for only $5. You can also pick up the...

In 2010, when I first played this game ,I was deeply attracted. Although Dark Salvation is a ID tech3 engine game, but levals and monsters are designed very great.but the problem of saving game has
forced me to give up ....If you can solve this problem, I'll be very glad to pay for this game

I seem to have a problem with saving the game. I tried running as admin, but it didn't solve the problem. In the first chapter, I can save and load again, but it always loads up at the beginning of the level without progress made.
Is this normal or a bug?

This is normal.
Its based on ID Tech 3, that engine wasn't build for single player games actually :P
The first chapter is really hard, you should use /g_gravity 50 to pass through some parts of it (unless you have superhuman timing)

So anyone experience the same problem.?

Really meh game. Some of the level design is quite poor and unrefined, and the combat is forgettable and unsatisfying.

When Doom 4 is finished, id software plans to create a sequel to Quake 1, respectively the Lovecraftian Quake-universe. But Quake 5 doesn't even has to be made anymore. Dark Salvation already seems to be the worthy follow-up to Quake. I haven't played it yet, but it looks like it has the potential for me, to dedicate the darkest corners of my soul to it, like it has been for a very long time with Quake 1 and Heretic. This is how i dreamt, that Quake 5 would be in the end, but without knowing it. I want to take it intravenously! It will be very hard for id software to top this.