Dark Horizons: Mechanized Corps has evolved into massive mechs that no longer are piloted remotely, but now house a new breed of warrior in the cockpit. Ranging from 25 to 80 tons and walking mayhem, mechs can be configured with a variety of weapons and ordinance to accomplish its mission goals.

You have several way to customize your mech including:

In Mechanized Corps we are bringing back our critically acclaimed Faction Wars system that made our 2005 IGF finalist game Lore - Invasion so endearing to thousands of players.

What is Factions Wars?
Faction Wars provides the backbone for our persistent online universe that allows players to work together in full on Player vs Players to fight for control of the game verse. Each battle while playing in Factions Wars counts toward the winning of sectors on the game verse map, which give player faction bonuses like:

Using our COMCENT interface players will be able to see whats going on in the game verse in real time. COMCENT features include:

Faction Wars is one of the main features of the game and encompasses a lot, but here are a few of the other features Mechanized Corps supports.

Over the next few updates we will be updating several of the chassis and weapons in the game with new mesh geometry and texturing. The content team has formed a new love the the Substance tool and has put it to great use in its efforts to provide more detail and grit to the game.

Here is the hanger scene where you can build out your chassis. The Viper chassis and all the weapons have been mounted have been update in this new hanger scene. 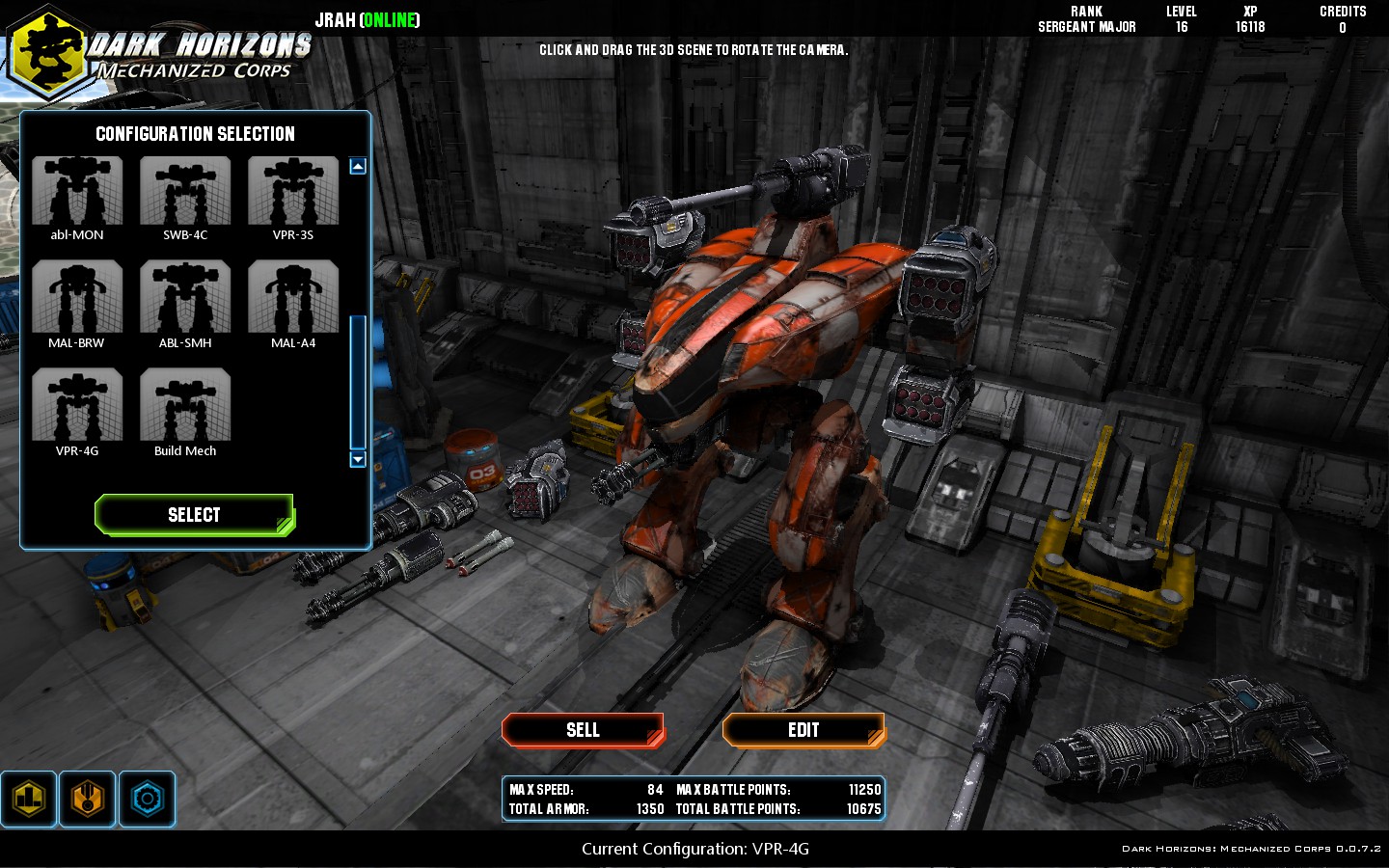 We should be launching this update within the next week, and will be following it up quickly with another Faction Wars upate. We encourage you to follow us on indiedb.com and also join the discussion on Steam.

Over the last few weeks the team here at Max Gaming has been working on several different areas of the Dark Horizons Mechanized Corps. and while we are...

As we steam toward our next release we are making sure we deliver on Linux, Mac and SteamOS.

Oh, yeah, I can really see the originality...

And I suppose you're the one that downvoted everything here?

Do your homework before commenting- the original (I believe) DH game was from 2005. That puts it on par with MW4, if that's what you're comparing to.

DH is more like Unreal Tournament, than MW, so yes, I think it IS original.

This is still going! That's awesome, looking forward to seeing where it goes. :)

Going very strong, we are prepping for Steam release in June, our coming soon page should be up on Steam next week for our Early Access release.

Working on a bunch of new video and screenshots in the latest engine. We have spent alot of time upgrade to the latest version of Torque 3D MIT v 3.5. This has allowed us to really map some massive terrains that are really pretty.

We also have been hard at work with another Torque community member to finish the linux and Mac ports which we are wrapping up this week.

We will have a new release this weekend that we will need help testing and reporting bugs. This is a big release as we have completed the initial upgrade to the engine. Hope to see some of you in-game.

The game is great fun, even as it is now. Haven't tried multiplayer yet. Great work!

Thanks! We are working this week on some weapons balance changes, please stand by for a new build!

This game looks like it's been created through Tribes 2 engine

Johnstart145 - This version of the game is using a early version of TGEA which we are currently porting to the latest Torque 3D version. Visuals are definetly getting a MAJOR upgrade, so please stay tuned.

Currently we are using the old engine version of the game to test combat and AI while we upgrade to the new engine. To us fun is important to get right first and we hope others feel the same.

um, may I ask if this game still free to download? or do we have to pay to play?

We are preparing the game to be released in early access for Steam and have taken down the previously free version.