Bloop Boop is a 2D physics based arcade game for android, boop your bloop to the end of the levels!

Changing the design according to feedback

One of the things that went extremely well for Bloop Boop was the fact that we were able to get our game out to a potential audience as fast as possible and in turn start receiving feedback. After receiving this feedback we were able to adjust a lot of aspects about our game from game play mechanics to the aesthetics in game and in UI. This came down to the fact that we were able to release the project for the open beta and get it in as many peoples hands as possible, this allowed us to get a wide array of feedback for us to make changes off. Some of these changes can be seen below in the before after videos of game play.

Another aspect of this project that went very well was the marketing effort, the game was able to reach a wide audience and because of this received 5500 views on the above game play video. This lead onto 300 downloads in the first 3 weeks of release. Although this is only a meager amount when it comes to the mobile games market on a whole, for a student project that is ultimately about the experience and piece on our portfolio, not bad.

The project management of this project was the final part of this project that went smoothly, as we were receiving feedback about the game as well as bug reports and reviews. We were in a constant state of assigning new tasks and setting deadlines on these tasks to make sure they fit in with our schedule. This ultimately meant that we were able to put out a much more refined and polished end product as we were not being too bogged down with issues such as the wrong tasks being done, done in the wrong way or not being done at all. 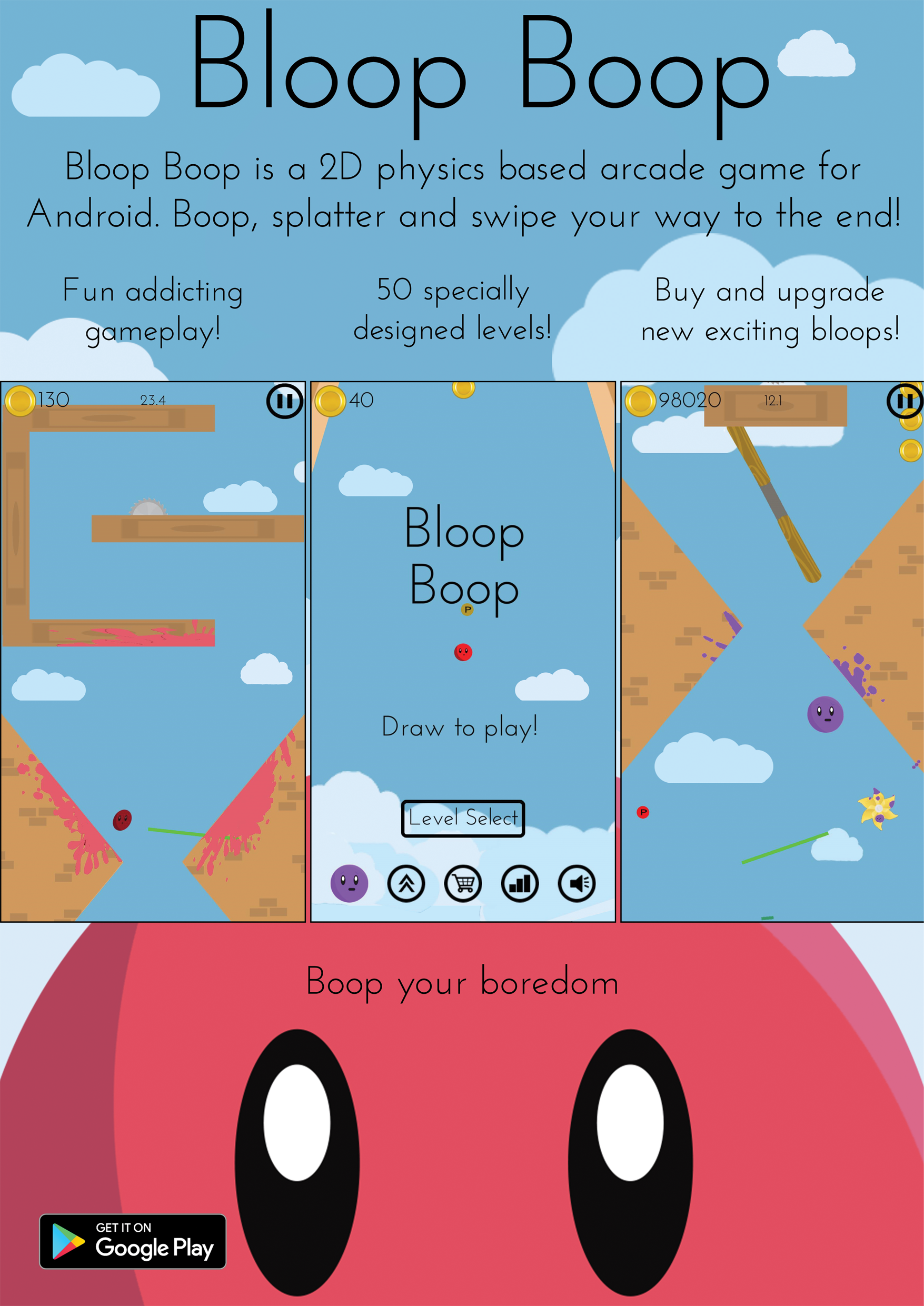 One of the key things that went wrong during the development of this project was the fact that, I as the designer had not fully fleshed out the aesthetic design. As people have pointed out the game is predominantly game play driven so an over-produced aesthetic feel for the game was not needed. However it still was in the back of my mind throughout this project and caused the game to suffer on release as the aesthetic feel of the game was there however it was not as polished as I would have liked it to be.

Another part of this game that we dropped the ball on was meeting deadlines for our project deliverables (alpha, beta, release, updates). This was due to the fact that we were getting bogged down with other smaller tasks that were not essential for these deliverables, overall it did not affect the project a huge amount as on the whole we did meet this deliverables however for future reference it's better to meet them at 5pm not 1am after a huge night of trying to get things in.

In conclusion, this project has been the accumulation of some of my best work so far in my game development career. As the goal of this project at the start of this trimester was to create a game that is commercially successful, I believe we have met this goal as well as we possibly could have in Bloop Boop. I therefore am claiming Bloop Boop a success and am extremely proud to have worked on it.

Thanks for reading,
Joel.

This blog is by another of our programmers and will cover the shader creation for the splatter effect in our game Bloop Boop.

This blog post will be concerning the ethics of IAPs and ads in current mobile games.

This blog will cover the graphics overhaul before our release day for our game Bloop Boop.

This is a technical design blog by one of our programmers about the design of our menu system in Bloop Boop.