A multiplayer focused two stick shooter taking some rough inspiration from the Quake and UT arena shooters of old. Featuring 7 highly differentiated weapons and abilities gameplay hinges on making quick decisions, effectively using your weapons and controlling the items on the map.

Support for both LAN and online play.
Up to 5 players on one PC(4 controllers and keyboard mouse).
Play against both humans and bots.
Built in level editor.
7 items(teleport,shield,rail,emp,rocket,ram,portal mine).
40+ multi player maps, 20 single player and 20 coop arena stages.
30 single player mission stages focused on solving puzzles and learning the different weapons.

This update brings with it a bunch of new changes including new Recall Beacons.

This stationary beacon can be called down within a radius of your tank crushing anything underneath it in the process. Once landed you can teleport back to your beacon at any time (however it is destroyed upon doing so). This makes it a particularly useful item for making a quick getaway, intercepting other players or simply quickly traveling across the map. This item replaces the old mine.

Another new gameplay addition comes in the form of projectile blocking force fields which can lead to some amusing standoffs moments. 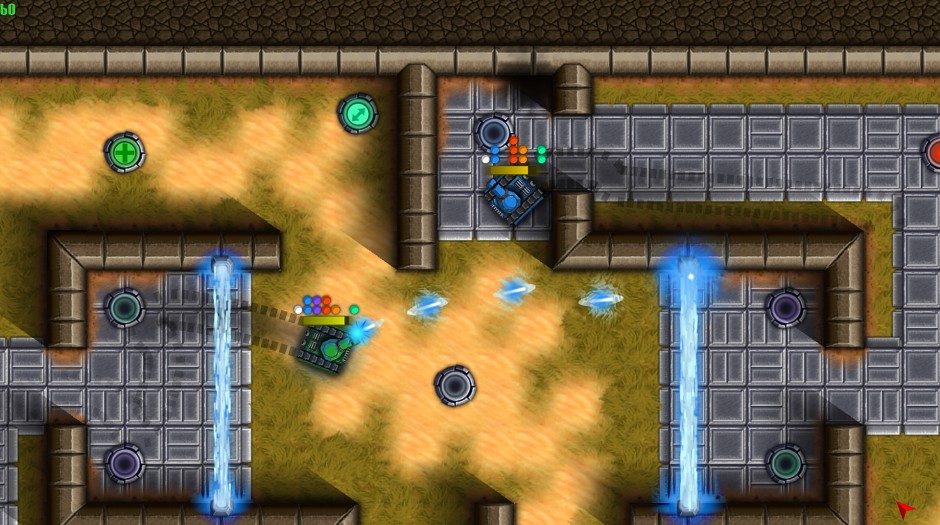 Many visuals updates have also been made such as a new ramming animation, item designs and more!

If you like the look of this game please consider voting for it on...
Steam Greenlight!

The Tank Game Patch 0.9.7.5 ignites into into existence!

I can't run the trial version of the game...

Hi sorry for the late reply. What happens when you try to run the trial? Do you have XNA 4.0 installed?

The game crashes too often!
Please add like "tell me what's wrong" exception handler in your game:
1. xnadevelopment.com/tutorials/tellmewhatswrong/tellmewhatswrong.shtml
2. goo.gl/IVDQo

Hi there, sorry to hear your having issues with the game! do the crashes seem to be caused by something specific or occur only when playing a certain mode?
Thank you for the link by the way this looks like a good idea.

Thanks! The game always crashes when I'm trying connect to my friend which hosts the multiplayer game with 2 bots.

Thanks I'll try and get around to tracking it down. Also out of interest, was this when attempting to play the CO-OP levels or just a normal multiplayer game with bots. Also was this on LAN?

When will you release new version? Thx!

I haven't had much time to work on the game lately but I'll try to do some testing on the current build and release an update within the next week or two!
So far I haven't yet been able to recreate your crash I'm afraid . In your video it showed that you were able to connect twice in a row and it crashed on the 3rd attempt. Do you get any sort of crash in the game itself or only when connecting?

Odd are they both the same version number? The latest version released at the moment is still 0.9.7.6. 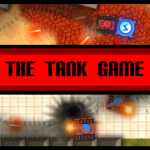 Twitter
Tags
Embed Buttons
Link to The Tank Game by selecting a button and using the embed code provided more...