Austine is an open-world fantasy RPG focused on exploring land and completing quests.

For 2 weeks I have been reworking an old idea I had. I've always wanted to make an open world RPG to expand my knowledge a little bit. 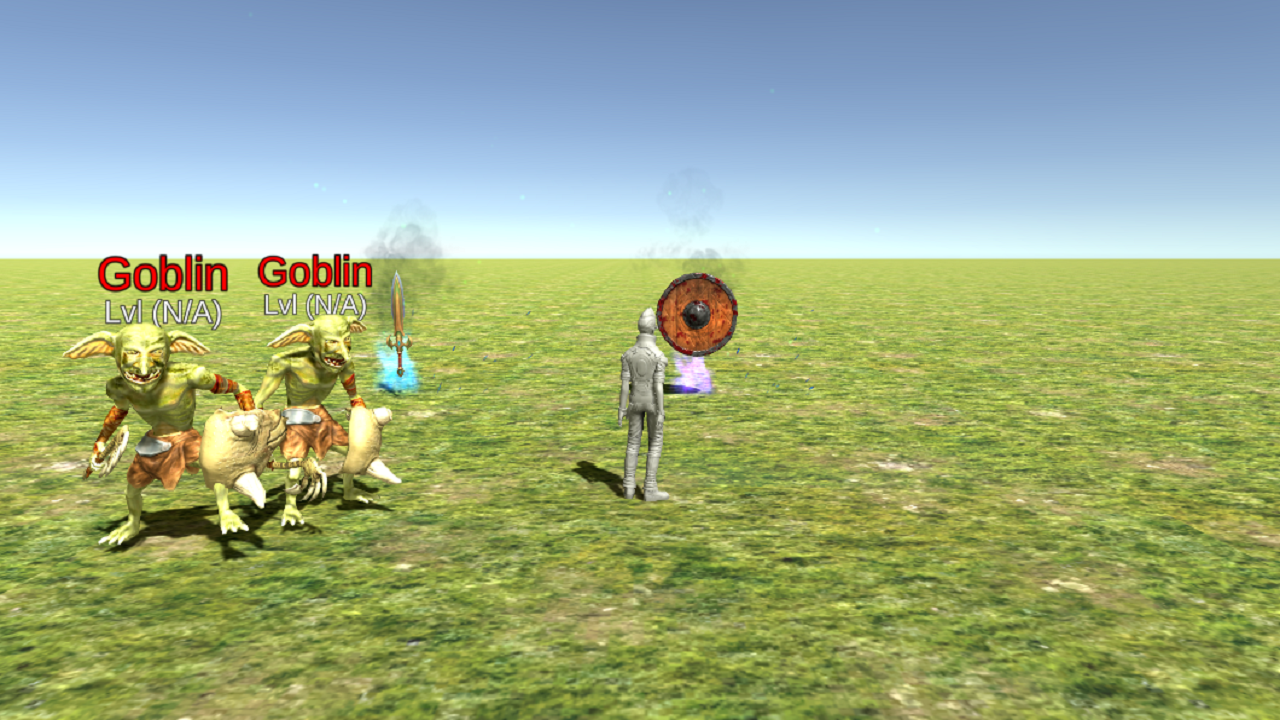 In this screenshot, there are NPC goblins with a couple of items to pickup. Pretty exaggerated pickup FX to be honest. Anyways, the goblins are combat ready so far. Once hit with a weapon, hit point values pop up above their heads to show how much damage is dealt. Currently I don't have damager modifiers concerning weapons, but the implementation is a line away. Once dead, the NPC gives money, and XP towards (currently) their relative skills. I would like to change this concept to give XP to the time of weapon held (one-handed, two-handed, magic) in the near future. It'll happen on next DevLog probably.

The two weapons on the ground are interactive. There's a string of text that displays when the character is in bounds and can be picked up and put into inventory.

Oh and here's the inventory so far. Just a quick UI setup. 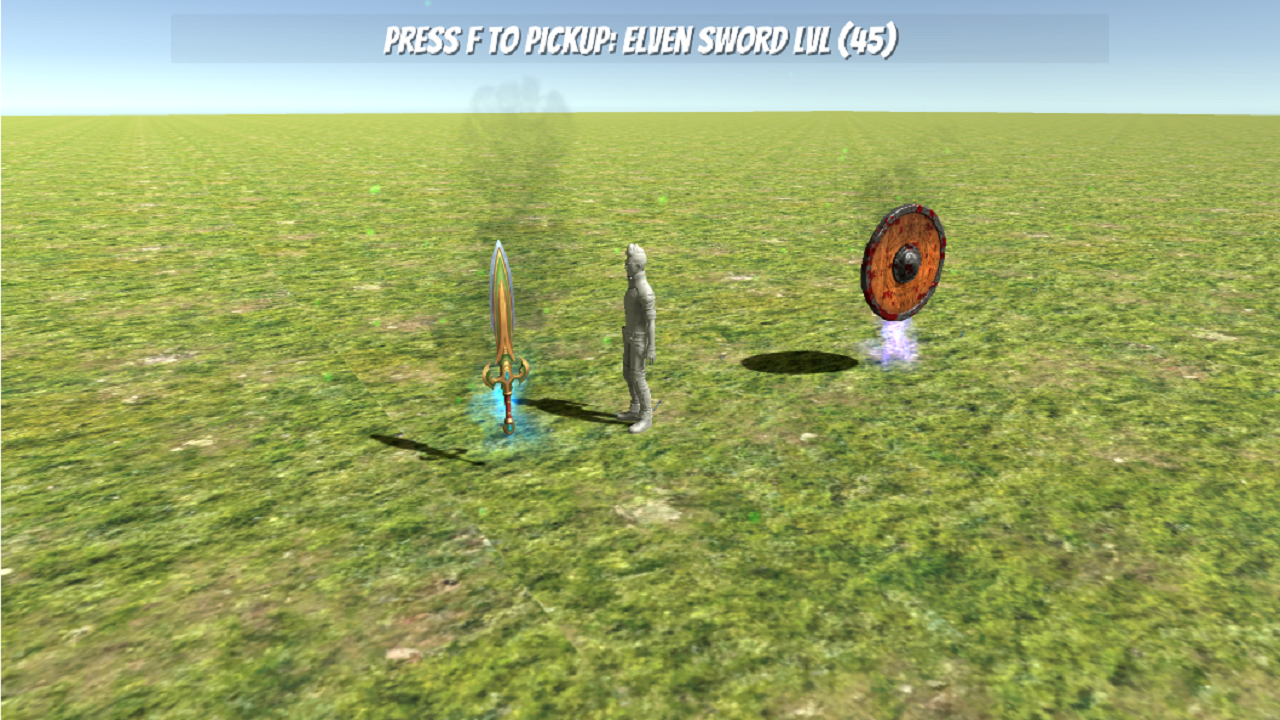 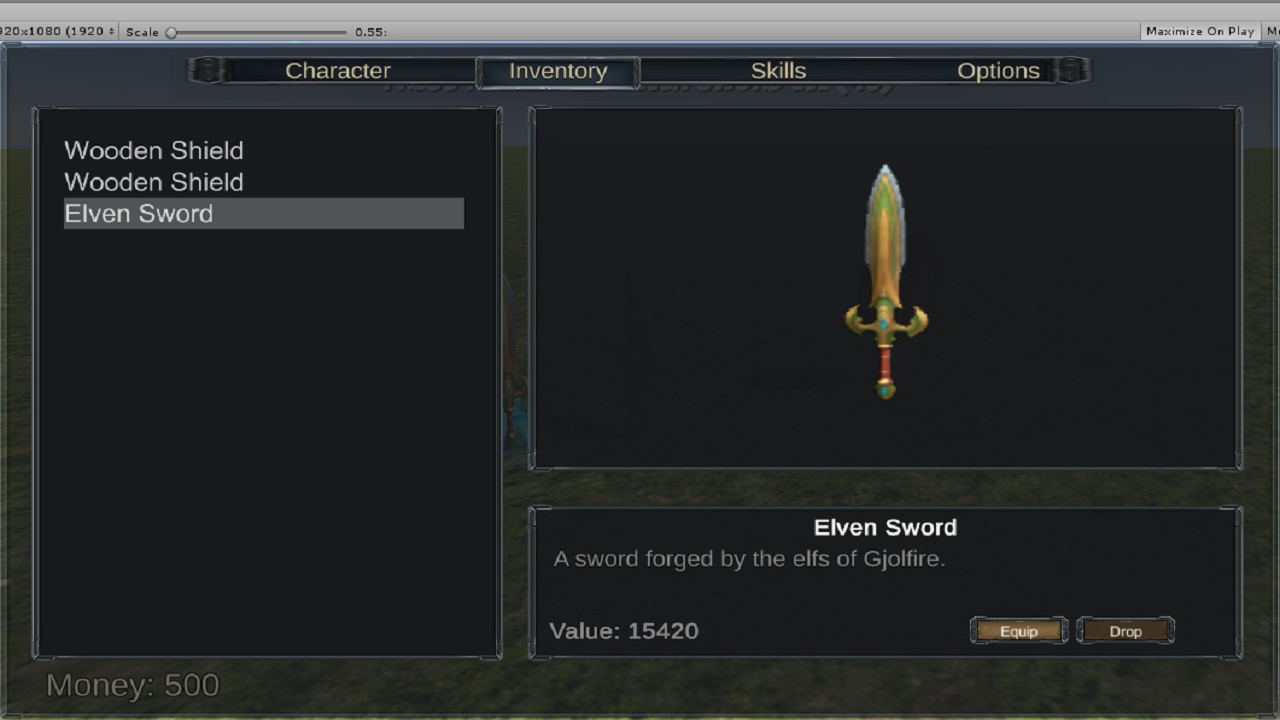 The Equip System works fully too. 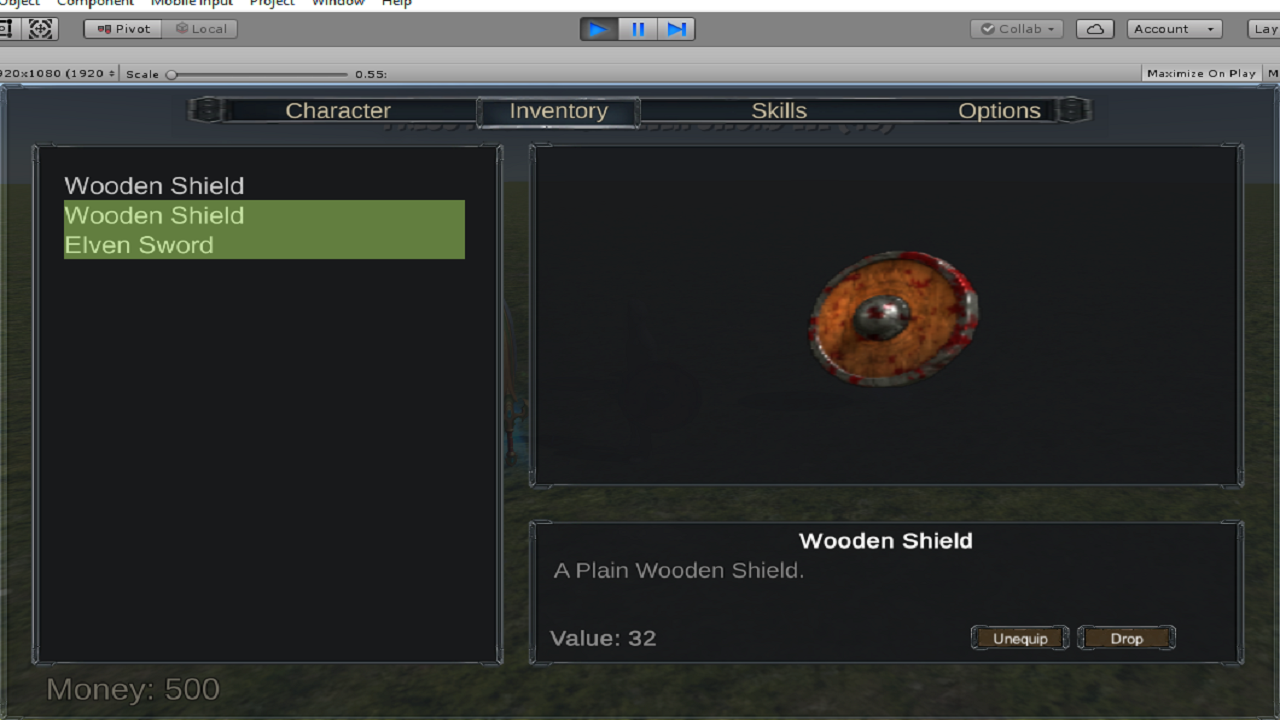 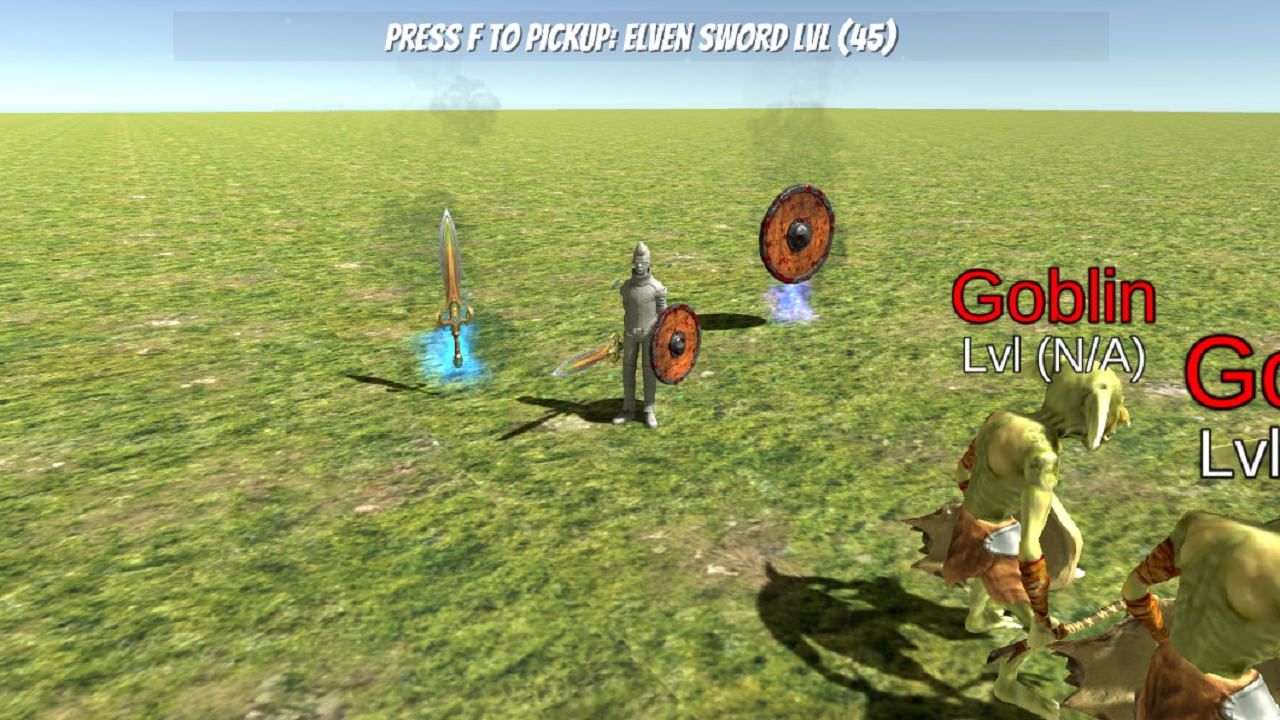 I know it isn't much. But this is a great start!

I'm glad that you guys are able to join in on this journey with me. If you have any questions, let me know! I'm always here.