In the near future where the a third world war leaves the Earth in ruins but the worst was yet to come. Nobody knows for sure if it was the radiation, the biochemical weapons or an act of god but an unknown virus soon transforms the surviving humans into an army of the animated dead, acting as a single-minded being.

You play a survivor trapped in the savage zombie infested world of Navezgane County Arizona one of the last true Eden’s on Earth. Ironically Navezgane means “Killer of Monsters” to the Apache who have inhabited the land for centuries, and that’s pretty much what you’ll do as you fight to survive and search for the truth behind what really happened.

The average 7 Days to Die Team member has over 14 years of experience in Game and Software Development working with or for many top companies.

Our team grew from humble beginnings making mods for games and those roots have taken seed. But we haven’t forgotten where we came from and the importance of growing a strong vision with the support and passion of the people we’re making the game for. We want to build more than a game we want to build a community and relationship with our customers taking input, feedback and ideas early on and working them into the game. It’s not just our game is everyone’s game!

We’re too experienced to call indie but still small enough to do the innovative and sometimes risky things that AAA studios are afraid to try. So if you’re with us buckle your seat belts kiddies, grab your pickaxe, compass and knapsack and let’s start kicking some Zombie ass and making some cool ass MacGyver shit!

The Walking Horde UI Mod is a free downloadable mod for 7 Days to Die - a survival zombie builder game. The UI mod makes the visual interface more like an RPG so you'll have all the needed statistics handy specially during zombie fights or survival adventures. 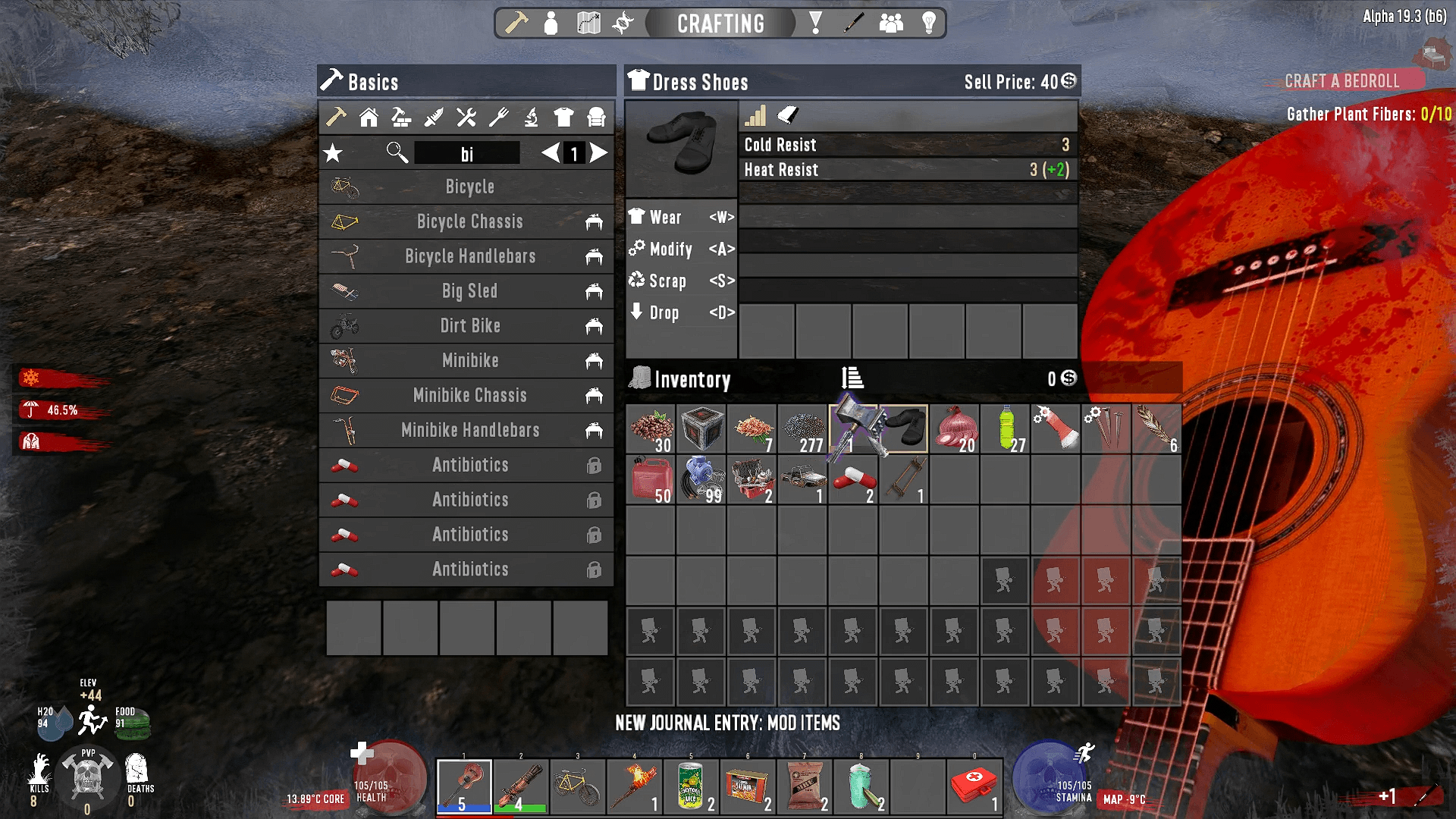 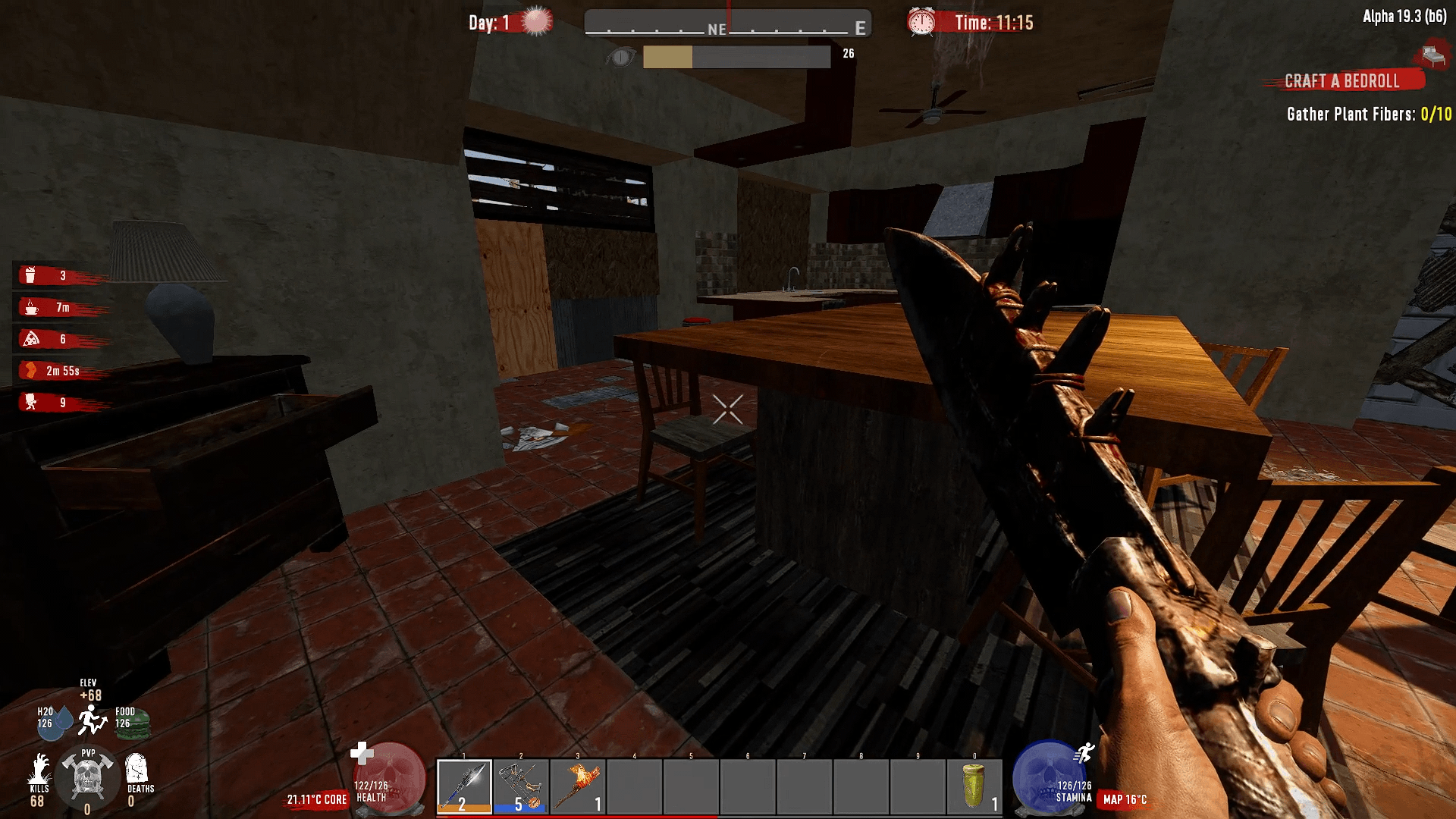 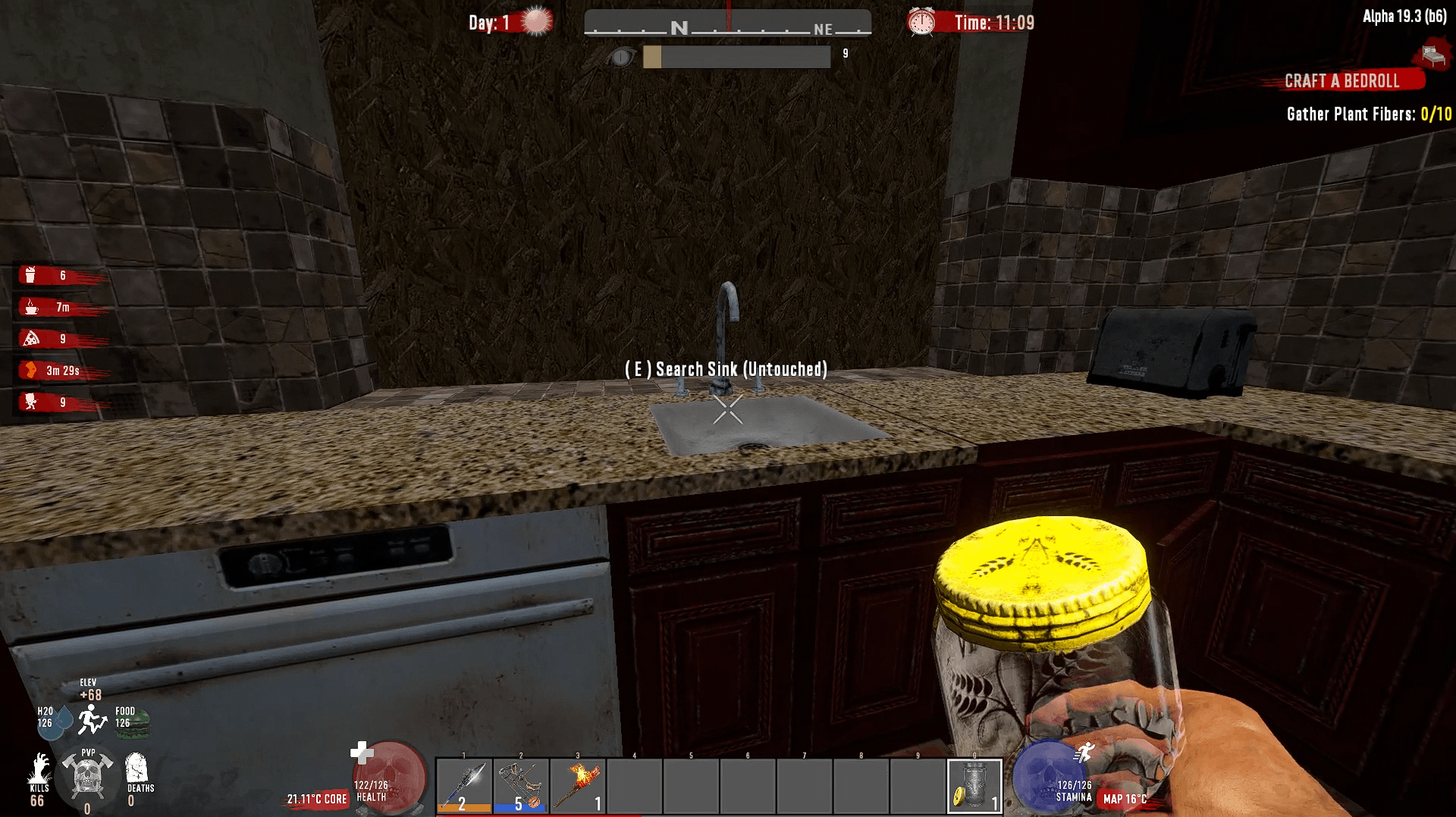 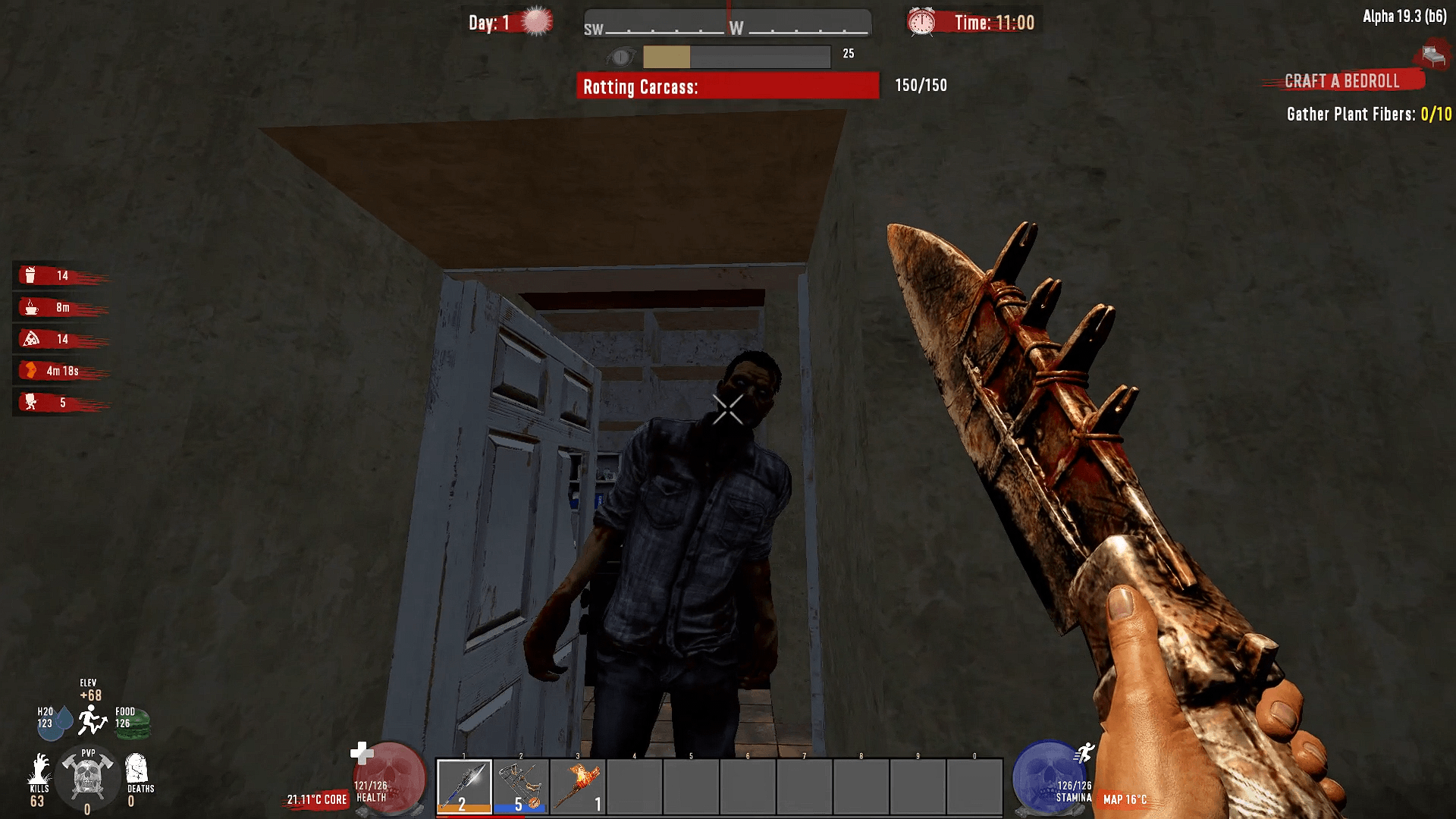 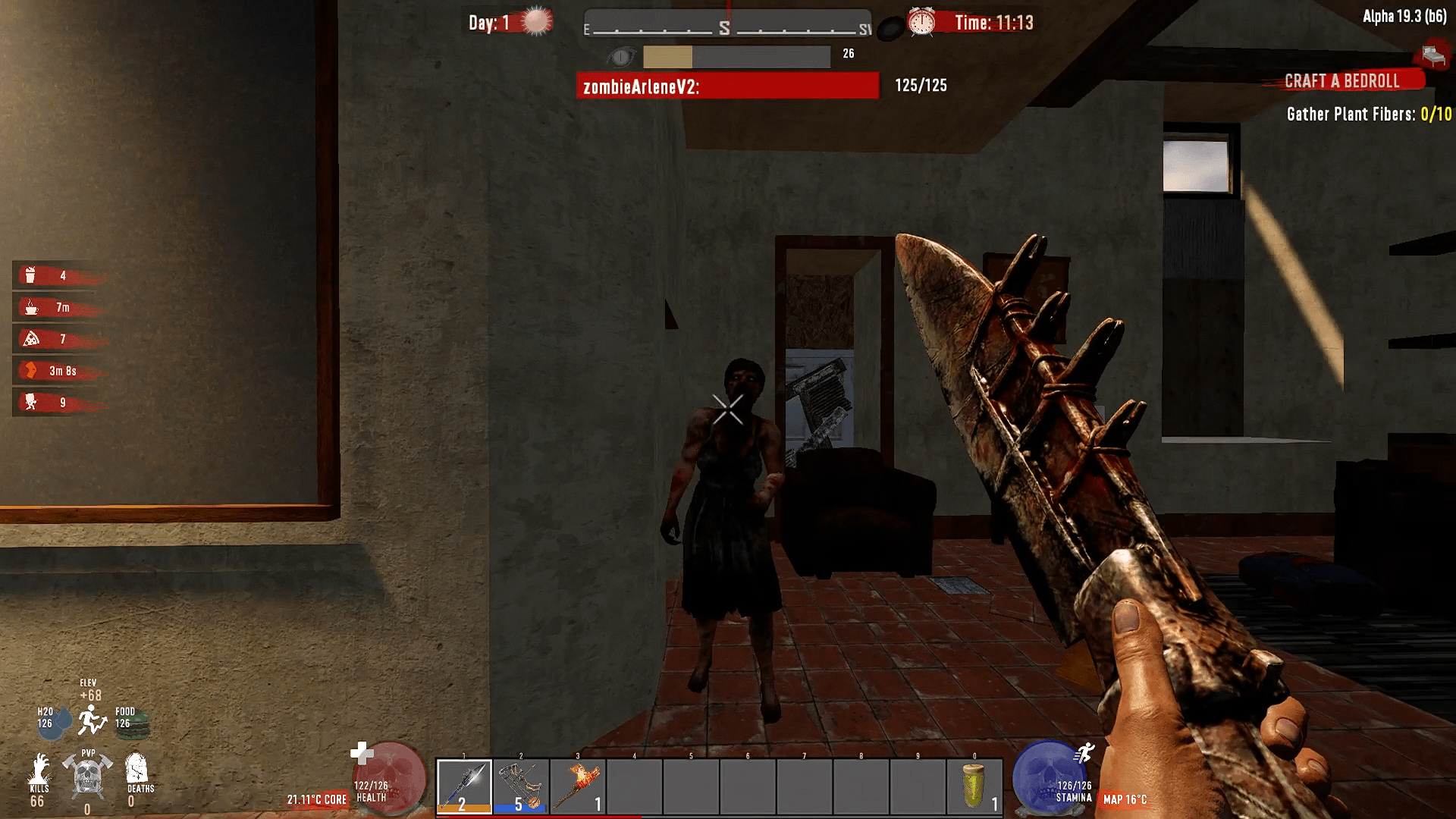 Adding a new class questing system. Work for your recipes in order to master your trade! New items, blocks, and more.

A patch that addresses some issues with craftable items, as well as getting around to something special...

This patch allows players to use the Oakraven Forest Modpack with the 7D2D experimental A20.6(b8) since it made some fundamental changes.

This Pack03 is an 10K World for the Oakraven Forest Modpack. It adds a little more variety to the 10K Pack03 RWG World and ensures Snow Orc POIs are surrounded...

This Pack02 is an 8K World for the Oakraven Forest Modpack. It adds a little more variety to the 8K Pack02 RWG World and ensures Snow Orc POIs are surrounded...

Undead Legacy USE ONLY (Install Instructions inside)

This is a Compopack/Undead Legacy Specific Edition download. No CP Traders and pics will appear in trader quests (work around til subquake adds the code...

Stupid question, how do I apply this patch? also, do my friends also need this patch to see this stuff if they play with me?

I'd just started playing and I love the game and I have a 2 questions:

1. MAPS: Is there a way to zoom out completely and see the whole world?
2. CAMERA: Same thing. I'd like to be able to zoom out/in camera a little more, especially out, seeing the character inside the world.

i installed the mod on to my mates server and done the client bit but for some reason any book shelf just spawns in paper do u know if it is the mod as your not able to fix anything with out the schematics to do so is there any quick fix that i can do to fix it now ??

My cousin and I host our own server called the Gankster Squad and are looking for more people to survive the hordes with haha. We usually have 10+ survivors on at most times of the day so there's always people to play with if you get on. We setup our own website, a forums, and a public teamspeak for everyone to use and be able to communicate with. If you play 7 days to die then definitely come play with us.

Been watching this game since it's Kickstarter and just recently checked it out, I have to say I was pleasantly surprised. It was a lot better than I expected it to be and deserves to be called more than just a Minecraft clone.

First Person only was not the advertisement I paid for, A bit ******, and refusal on refund.

In 8.2 alpha, when you craft multiple items, by clicking on known receipe list, needed materials are removed from inventory and placed on craft grid.

Hey pivvott, is the game going to be FTP when it's done?

No, unfortunately, it's about 25 USD on steam. Still a bit cheaper than minecraft, and more in depth.