A description of all the update revisions for the main game La Guerre de Cent Ans -:- The Hundred Years War.

Most of the work for this one has been done by Vas, kudos to him!
Wales is in as emerging faction, event at around 1400
Flandres is in from the beginning
Several tweaks and twists
Some surprises

- killed about a thousand bugs
- new ground cover map of England
- introduction of Hunter Makoy's brilliant ultimate education mod
- introduction of agart's large castle mod.
- tweaked (more aggressive) AI
- balanced (sloooooow) population growth
- improved economy
- increased travel distance
- our dear friend b5draal from the NakedFanatics has actually taken a lot of time to replace religions with culture. We have now french, italian, german, flemish, welsh, english, and spanish culture. No more orthodox welsh villages! As the cultures use religion as a blueprint, we have used the little fact that some religions intensively loathe each other to place cultures accordingly.

Teamleader - on a mountain
The team: the stig, VasileiosThe2nd with contributions from =NF= the Naked Fanatics

- Completely New Map of England and France with 113 regions, made from scratch. This is a large map! The overall map is about 20% larger than the original M2, with considerably more landmass 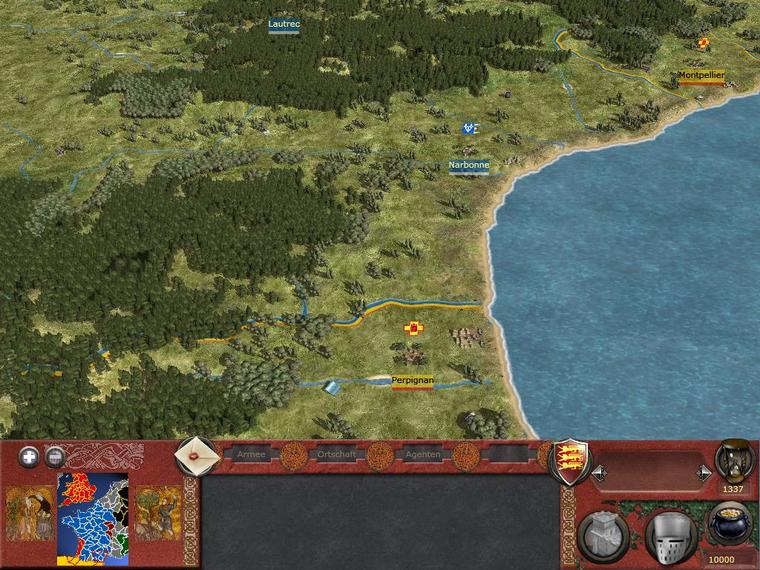 - Six factions: The two main combatants (england and france) and four satellites (savoy, aragon, hre, and burgundy), allying themselves to one of the main parties while pursuing their own goals. 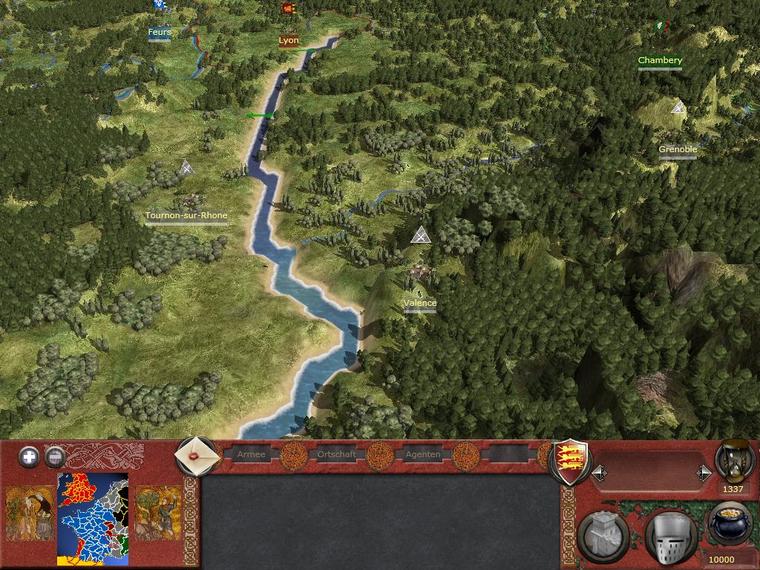 - Units are only recruitable from castles, changing the way the game has to be played completely.