In this feature we will show you the A.S.H.S.M.G., a special weapon designed by the Aperture Science Research and Development Labs 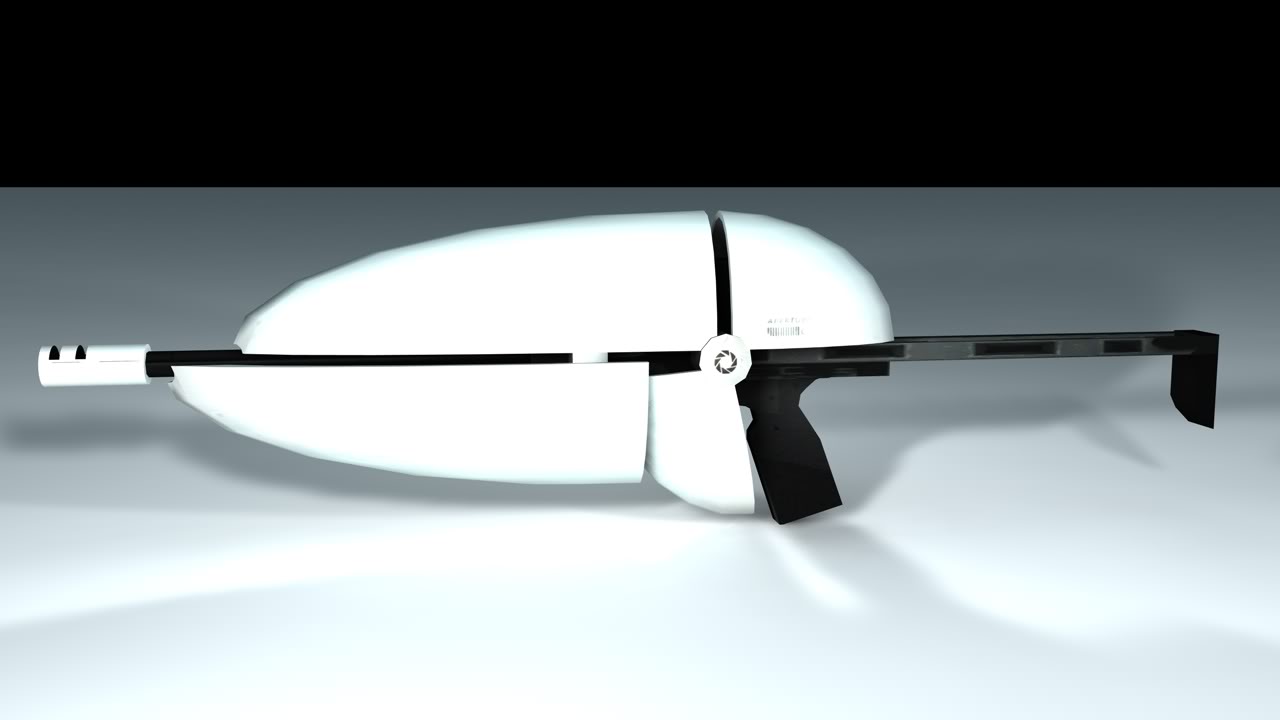 The idea of the A.S.H.S.M.G. was to provide an efficient, lightweight mobile weapon for the Aperture Protection Force to defend the Aperture Science Facilities. 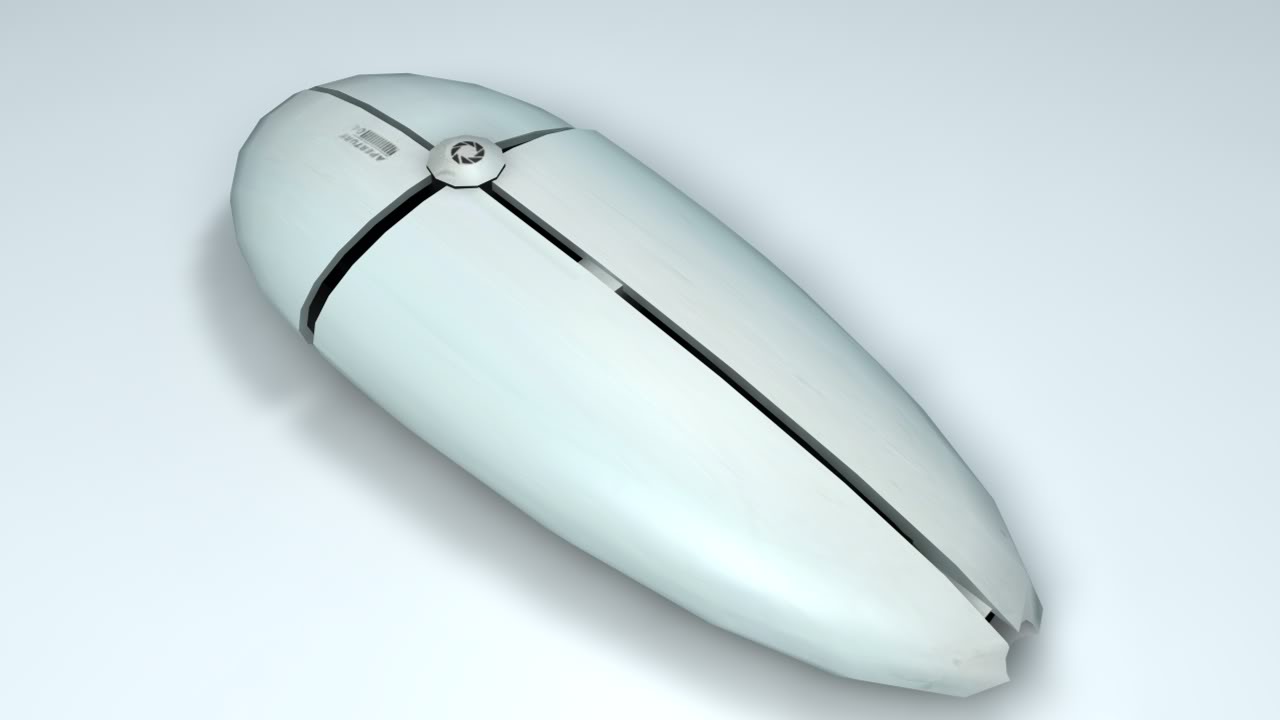 The final product, which the Private internal research and developement labs (TM) produced, proved a milestone in history of Aperture. the weapon proved to exceed its expectations as a lightweight mobile support weapon. Its usefullness proved itself in a wide set of situations with its 7,62 mm Calibre munition and a magazine size of 51 projectiles. 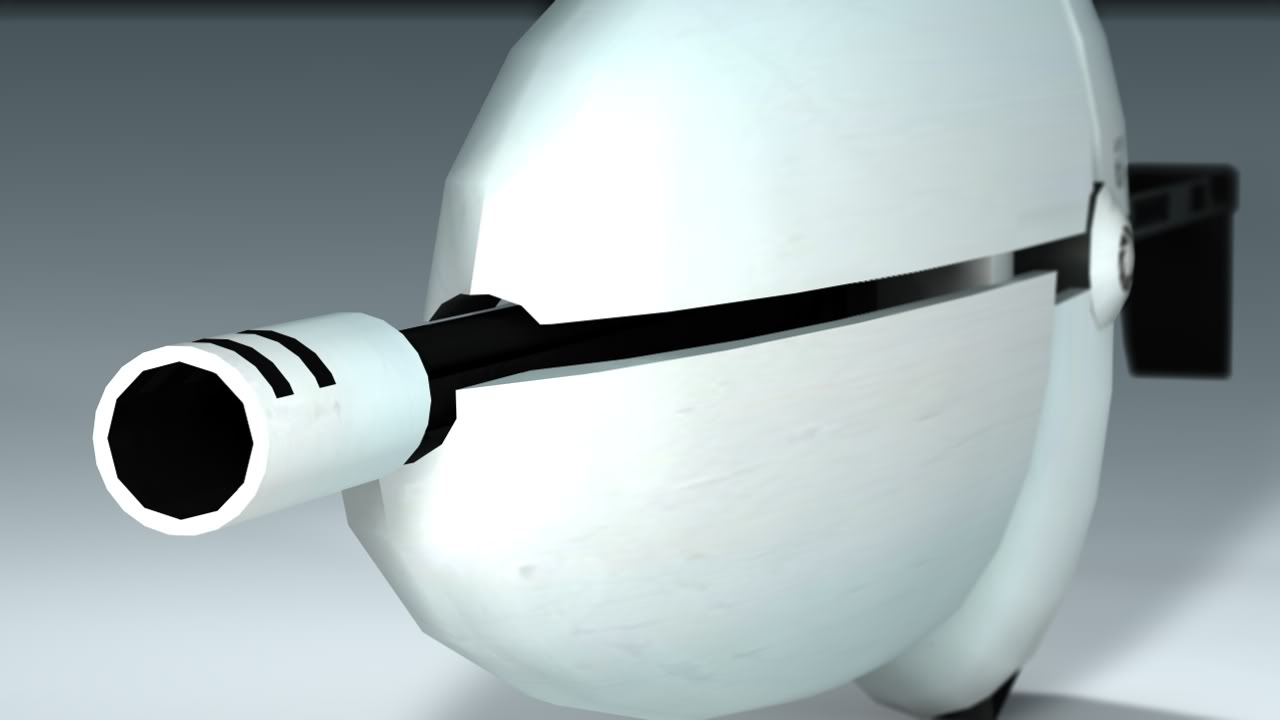 Due to the low weight, a compact and foldable case and the low recoil is the A.S.H.S.M.G. suited to any kind of combat situation and easy to use. Through intensive research and developement, it sets new and high standards among other weapons:

*High Energydepletion on target
*Projectile force of the CRISAT sheild (1,6 mm Titanium in connection with 20 layers of Kevlar) over 200 metres distance, which is the equivalent of 4 times the NATO standard.

which makes the A.S.H.S.M.G. to the perfect mobile defence weapon for the A.P.F.

Infos:
The Aperture Science Protection Force is the security for Aperture, who protect Aperture.
The short form is A.P.F.

I'd like to see it in game first before I cheer it on too much, I must admit it's a good concept for a weapon that fits the portal theme.

That is AMAZING. I couldnt have even thought up a better weapon- Will people on the battlefield actually have the oval turn into the gun in their very hands, or...? Either way, this looks like an excellent combat weapon, and keeps the good old style of Portal in it too. My only critisizm is the small round ball with the aperture symbol maybe should be glowing blue, to keep variation.

We'll think about that.

Oh my god!
I just fell in love <3
This is one of the best weapons ever designed, the folding ability is incredible, the weapons looks simply awesome, very heavy aperture style, and seems to be extremely useful!

It is already white, we do not need more color.

that is really awesome =D
it really has the aperture style

Reminds me of ZF-1 from "Fift element".

We will see,
maybe they cary it in a bag

Very nice, but how to reload it, when the magazine is empty?

looks like someone got an idea from mass effect for the gun....looks pretty good even if it is a little out of context for portal.

I like it a lot, but in the video the support clips into the moving bottom section, you could just slow it down a bit, not that big a deal, you could also put some lights on it to make it AR2ish.