The Battleship is back in Rock of Ages 2! Check out the changes in this latest blog post.

Hey guys. Welcome to a new defensive unit overview. This time we'll be looking at the updated Battleship. 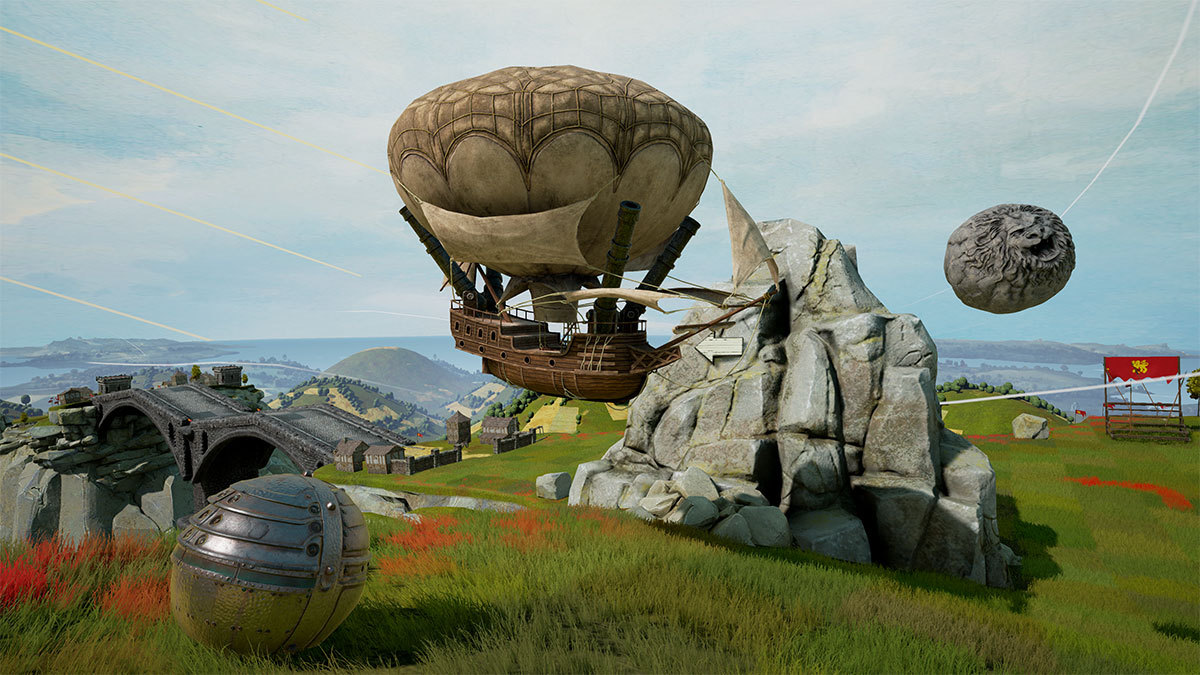 The battleship serves a similar purpose to that of the original Rock of Ages. The unit fires in to the air and the projectile briefly lands near you in a mortar-like vertical angle, trying to anticipate your location. However, the cannonball shot features some new dynamics that make it more useful as an obstacle and the visual redesign is meant to reflect this.

The vertical shot is meant to land directly on the boulder for highest damage, but if the shot misses, it can still deal damage in the form of a temporary land mine. 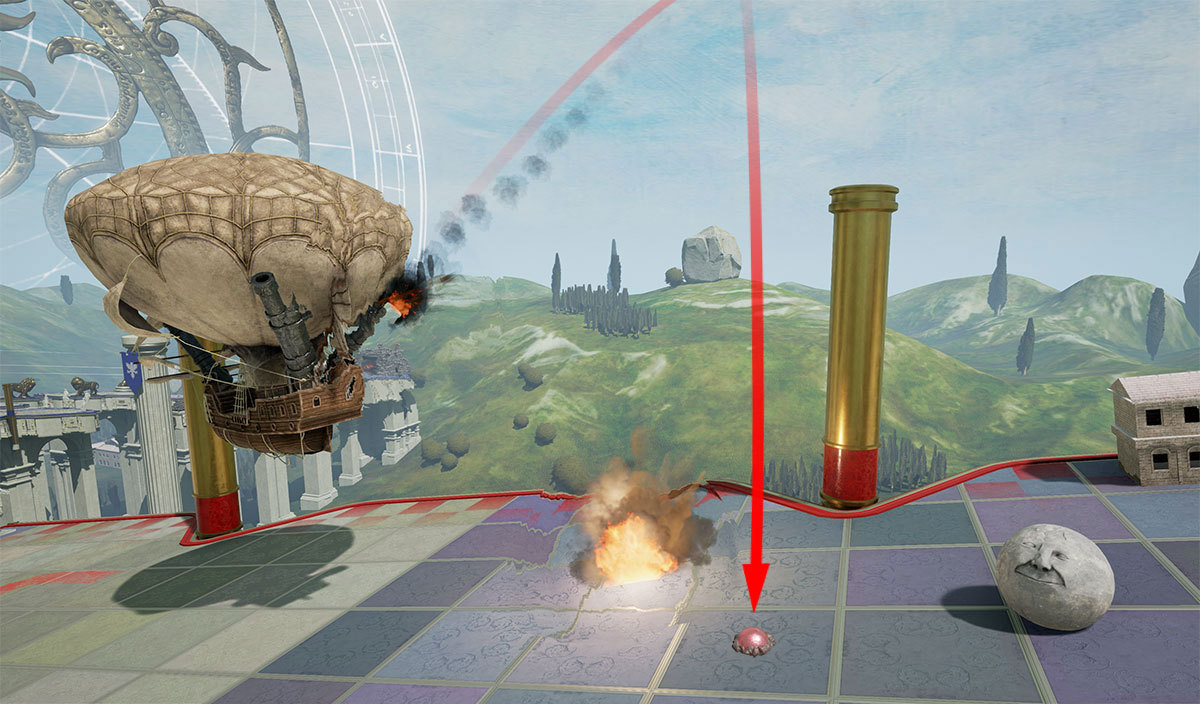 The cannonballs that hit the surface burry half way in to the ground. While they are there they act as mines. Boulders that roll on top of exposed shells will cause these to explode. Additionally, buried shots start to gain pressure and explode after a few seconds.

Land mine mechanic: Cannonballs that burry in to the ground explode briefly after.

Just like in the first game, when the battleship prepares to fire it will be accompanied by a visual and audio cue. The destination impact point is signaled by an animated reticule so players can attempt to dodge the falling projectile. Falling shots will also leave a trial of smoke so other players can visualize the projectile's trajectory from far away distances. 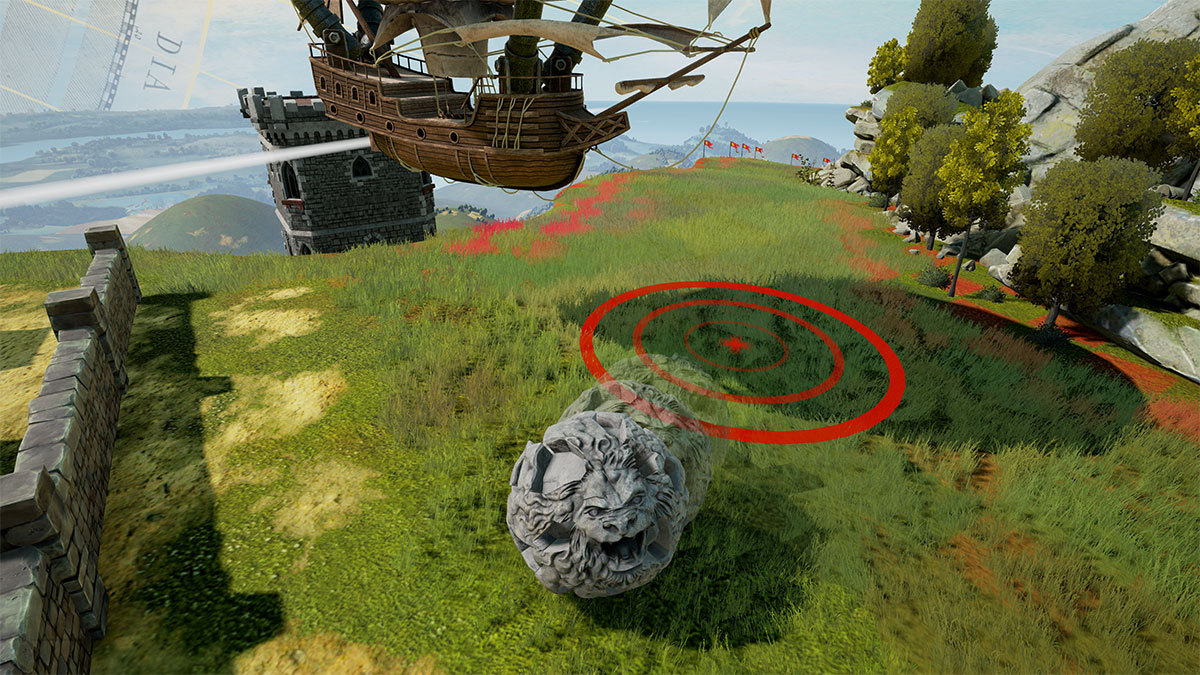 Missed me by a hair!

One of the things we wanted to convey with the new design is a more clear representation of the vertical attack. The old unit felt like it "spawned" projectiles out of thin air, and even though this is actually how the game executes the attack, it seemed important to create the illusion that there is an actual mortar-like arced shot.

The massive four cannons that are located on the ship in a radial like pattern show that the unit is aiming towards the sky. The cannon facing the targeted boulder wills always be the cannon that fires. The fire animation is quite dramatic, so even if you're not playing with audio you'll be able to prepare for the imminent reticule to show up.

It's curious that while we were preparing this blog post we quickly realized something was missing from the battleship when comparing it to the older design: COLORS! 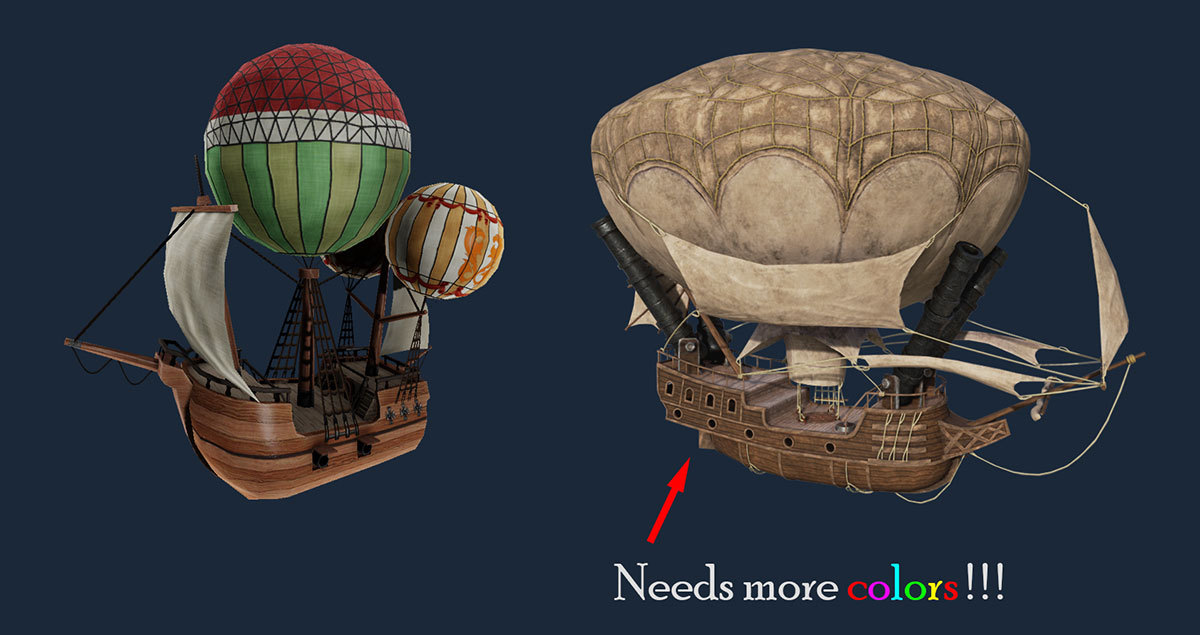 It's incredible what some nice colors can do to compliment a design. Even if the older unit has less polygons and simpler lighting/shading it looks much more interesting. So the next step will be to complement the existing design with color coding which will not only improve the overall aesthetics but also allow the unit to display your team's color selection.

Look forward to screenshots of a more colorful battleship once we include color coding to the materials.

And that's it for today! We hope everyone enjoys this content update that was a bit overdue. Until the next time! 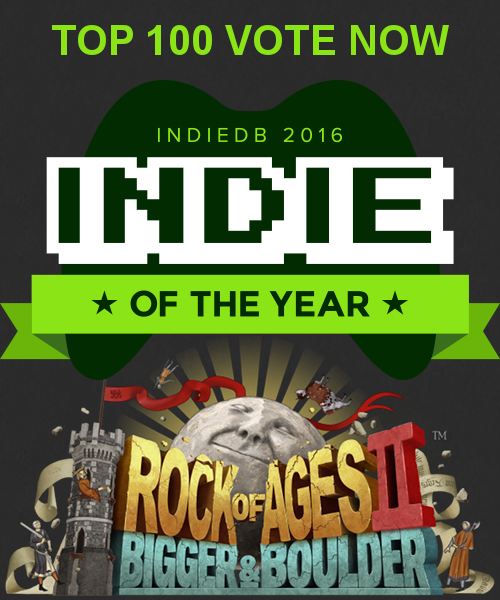