Ah nice screenshots... what.. this is the Half-Life ONE engine?!?!? Seriously?!? Yes, this is Paranoia

A Russian secret service officer, your average day consists of fortifying your defensive position, protecting your personnel and of course, making Picasso's of the odd terrorists face. Your day starts as any other, yet little do you know the true nightmare that awaits. 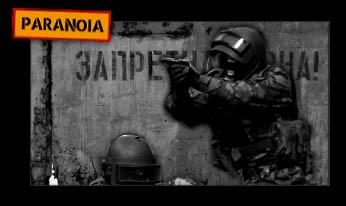 Welcome to Paranoia. Although having been in production for approximately two years, it's only recently that the gaming/mod community has really begun to pick up on what a special little prospect it is becoming. The screenshots are enough to cause admiration by any standard, but admiration quickly becomes pure shock when you realise that this mod is being run on the Half-Life 1 engine, which itself was a mere (well, pretty advanced) modification of the original Quake engine.

I was given the chance to talk one on one with team leader and lead designer BuZZeR, about the mods development and what more we can expect from the team (including a few never before seen screenshots).

Hi there, could you please introduce yourself, and give us a breif overview of your responsibilities on the Paranoia Modification?

Hello, my name is Michkail "BuZZeR" Kadikov, I'm the team-leader, story writer and level designer for the project "Paranoia".

How long has work on the Paranoia mod been going on for now?

We started our work in April of 2004. The mod has been in development almost two years. 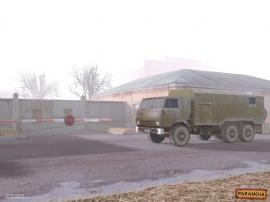 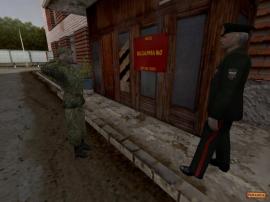 Was the team built specifically for this mod, or had you worked together on previous mods before?

Our team was built specifically for this mod. It is our first project.

For those who aren't aware, can you please give us some details on the story of Paranoia?

We will be playing the role of the russian officer of the special forces. The group of the terrorists has attacked russian military base. We arrive to the restricted military area for eliminating of the terrorists and protection of the working personnel. You consider this mission will be usual work and do not suspect that the future events become a real nightmare...

What can your players expect from the Paranoia experience? Could you give
us a general overview on the gameplay?

We want to make gameplay more realistic. It looks like modified Counter-Strike, where every bullet can be fatal for careless players. What are the main inspirations behind Paranoia? Is it inspired by any specific games/books or films?

Today anti-terrorists theme is very popular in Russia. Our inspirations - it is our reality. ;)

Many people are blown away by the quality of your ingame screenshots, finding it hard to believe that this is a mod for a game as old as half life 1. Are there any specific steps you have taken to ensure that the quality remains this high throughout?

It's very simple - we have a good testers. Our primary target - it is a good quality of content. I hope we will keep it up. 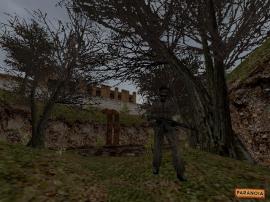 I know there are many people wanting to ask this, but WHY are you doing this mod for Half Life 1?? I personally think it's fantastic that a mod team are willing to push their abilities with an old engine, rather than just using new technology which will automatically make things looks sweet. But why have you decided to go with the Half Life 1 engine?

As I said all works was started in april 2004 (long before than Source SDK was available) we have decided to complete it for HL1 - engine. The creation of good-looking mod for old engine it is very interesting task for all of our team.

With using older technology, have you encountered any specific problems that many not have been apparent on a more recent engine?

Yes we have some problems. It is a small map size and low FPS in high-poly scenes. We need more time for optimization of the game content.

Are there any plans to eventually port Paranoia to a different technology?

If it will be popular - we'll think about it.

What do you feel players will most remember from playing Paranoia? Is there anything that you think the audience will remember as being unique to this mod?

Some people likes when them frighten. At first you believe in ordinary reality of this world. But something is blowing your mind and this "something" - is your nightmare. I hope audience will remember our atmosphere of the horrible reality.

Lovely! Although you've specified quite clearly that this mod is single player only, are there any plans at all for the mod to evolve into the realms of multiplayer? Surely the strength of your fanbase already would support
this?

First of all we must finish all what we plan - it is single player only. But now we have some interesting ideas about coop-mode. Who knows - maybe we will add it later with a patch.

Have there been any specific problems, or issues so far during development that have caused your mod to change direction?

No, all was fine. We are lucky.

In your list of specifications on the mod, you mention that you're reworking and generally modifying the game AI. How have you gone about doing this in general? What have you had to change/enhance to get the results you wanted from the AI?

Work with AI in progress. We want to make AI more progressive and to add some new actions (shooting on the run, team attack on the marked target and etc).

Has making these changes worked for you?

Yes, some features are already working. We have a more agressive and dangerous AI-enemy and more useful friendly NPC than it was in original HL.

Although it's clear that your work is looking excellent, do you think that the gaming community is really going to get the chance to appreciate it fully? Many gamers are opting to go for the latest and greatest games only and as a result, modding for a game like half life 1 could have a detrimental effect on the response your mod recieves. Is this a concern?

I think it depends from results of development. Time will show.

Is there any chance of a release date yet?

We work so fast as we can. We will announce date of release little bit later.

Thanks for your time! best of luck with the rest of the work on your
modification!

To be honest, it has been a good while since I had the original Half-Life installed on my system, but I feel (as I'm sure many others will) that if anything is going to convince me it needs re-installing, it's Paranoia. It's refreshing and indeed, extremely encouraging to see a team squeezing every bit of power they can from a technology that up to now, many would have written off as ancient. 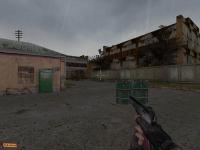 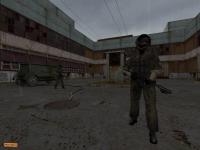 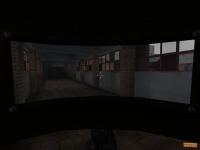 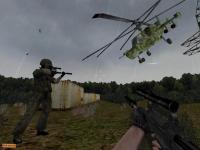 Yeah, I've noticed that (not you personally Koroshiya), people that speak English as a second language often speak better English than the AOL generation.

Anyway, back on topic, great looking mod! Perhaps the only Half-Life mod to contend with The Specialists for sheer shininess.

The maps on the last screen is realy nice for hl 1.

Why the heck is the interviewer so negative about the HL1 engine?

Er SETh, did you actually read my questions and take into account the context they are in or did you just take the whole thing at face value?

The whole gaming/mod community is FUELED on the ridiculous idea that new technology and engines are automatically going to make their games superior to everything else. The reason my questions were posed in a negative sense was to directly address these concerns, and point out quite clearly that with the right frame of mind and artistic insight, old technology can be pushed to create some truly breath taking stuff. If I wrote the questions as your typical idiotic fanboy, I would totally miss the very principles that are making this mod so unique.

Then make the putting into context a bit more obvious. Your attempt to be negative is very succesful and the idea you described in your reply would've been a whole lot more effective if the answers to your own negative questions were a lot clearer and positive. Right now, you ask the right questions, but the answers aren't making the point either obvious enough or are simply questions upon themselves.

"you ask the right questions, but the answers aren't making the point either obvious enough or are simply questions upon themselves"

to be honest I agree lol without meaning to pass the buck though it isn't my responsibility to define exactly what the mod maker responds with. I can encourage them to be as detailed and creative as possible with their answers (thus making the interview far more clear and positive as you said) but at the end of the day I can't put words in their mouth, and if their answers are just going to be very simple, straightforward and non-detailed, so be it.

With all due respect to BuZZer though alot of this can come down to language. I know he's from Russia or somewhere and English isn't his first language, so alot of the time the point you're trying to get at can be lost in translation. No disrespect to himself, it's just one of those things.

Definately, and that does include me personally :D As SETH pointed out it can be harder to get the same level of detail when interviewing someone who doesnt speak your native as a first language, but more often than not they make more sense and dont include "OMG LI3K THIZ S0 COOOOOOL!!!" after every sentence :D

But yeah, the mod does look freakin awesome! I'm also very happy to see a single player mod looking so complete, as in general many mods seem very multiplayer only based. I like stories!! :D

Me too, and I like the Half-Life engine. A great many great mosd are on there, and I think that there is nothing wrong with old technology, as you implied in your interview and subsiquent comments. Very nice looking mod by the way.