In this article I would like to share my thoughts about Galactic Conquests, say few words about our plans and to learn from the community what do you expect most excitedly.

Galactic Conquests in the mod will be divided into several types:

Multi-era sandbox GC is such a type of GC where players will fight in a duel between two main factions on the whole galaxy map (except some scenario or local planets). This GC will contain all standard heroes for both sides replacing each other after death or era transition. The two main factions are Alliance and Empire, as only those two sides that were active throughout all the timeline of the mod.

Single-era sandbox GC is a similar type to the above one, but it will be locked to a certain era. The other difference is that minor playable factions might be available.

'From the Grounds Up' GC is a type where each player starts with only one planet.

Scenarios (Galaxy-wide, local) are GCs where gameplay will be built on a certain amount of scripted events, missions, bonuses, timers, etc. Scenarios can be also characterized by asymmetric balance of power for each faction, and the difficulty may vary depending on which side you play. 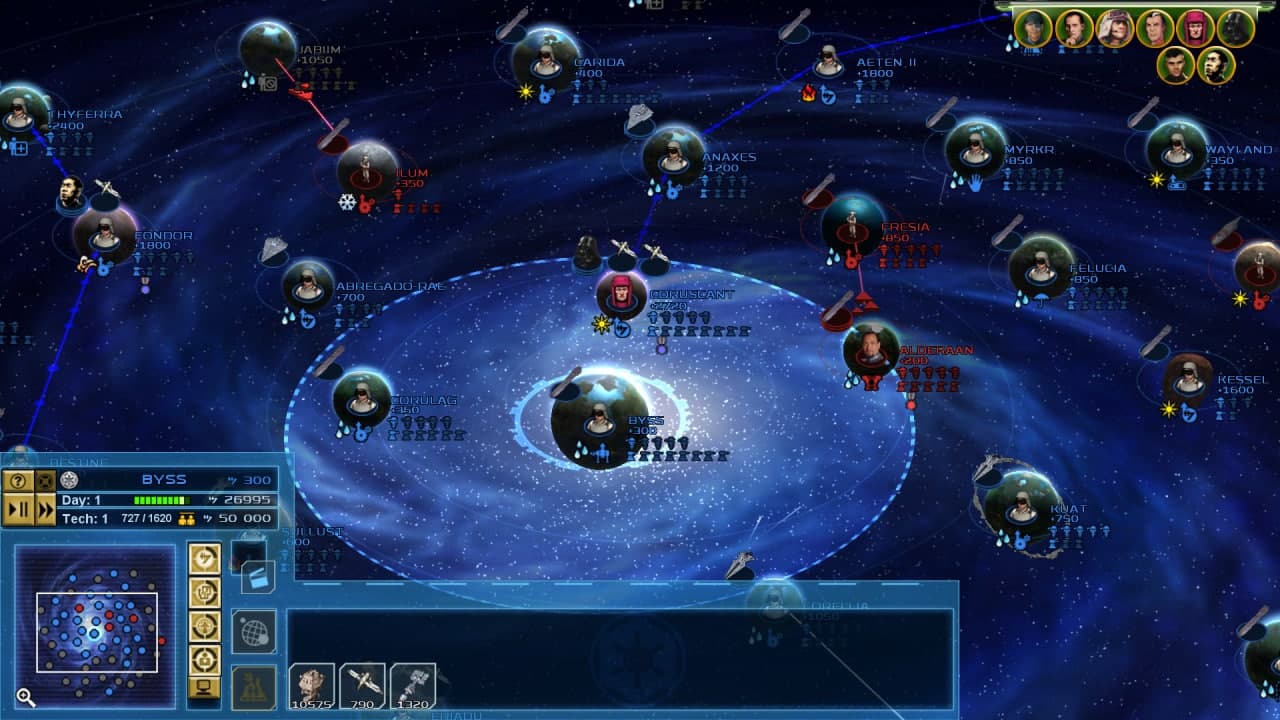 Talking about variety of GC types, let's take for example our first finished scenario - Operation Strike Fear. It takes place in Tion Cluster and describes the conflict between Empire and Rebel Alliance. The main objectives for imperial side is to conquer 4 major rebel bases and do not allow their ISD to be destroyed, as rebel side must repel imperial attacks and to keep occupied at least 1 major planet or to annihilate imperial ISD. Each faction also has reinforcements, either increasing or decreasing difficulty, depending on how much time passed. The assortment of available units is also restricted, as it is a local conflict and both factions can not deploy too much forces there.

Another example which is planned to be presented in upcoming releases is 'Thrawn's Campaign'. Unlike the above mentioned campaign, this one will be Galaxy-wide, with some additional planets unique for this GC. We're also planning some missions for this GC, the capture of Katana fleet for example.

Ideas for another GCs

We're intending to add all (or at least most of them) described scenarios mentioned in the list below. It is important for us to know which events are most desirable by our community to give the priority to such campaigns. That's why I decided to make a poll with all interesting events from Legends (reliable to Imperial period) which could take thier places in our mod.

And now I would like to ask our community about any thoughts concerning all those potential GCs, please don't hesitate to express your opinion in comments or in our Discord. It could be a great pleasure for us if you could suggest as more ideas as possible. Ideas about missions, proposing GC types for certain campaigns, unique units or heroes in certain events, ideas about interesting mechanics, bonuses, features, etc.

It will be interesting to hear from you :)

This sounds great! I'd really love a GC that takes place between 19 BBY- 0 BBY.

Era based GCs are already planned to be added :)