Introduction on the primary enemy type of Project Grand Vault: The Ragna.

Since Project Grand Vault's conception we knew we wanted to create an experience where players enter underground ruins and fight monsters. For the longest time our team has been referring to these monsters as Ruin Creatures while bouncing around other potential names. (Which frankly pained me, as it was rather flavorless.) During this time we developed almost every other aspect of their design, this included things like familial features, rules, behaviours, backstories, origins, and even a slew of conceptual art for potential in game these in game baddies.

The Ruin Creatures make up a major role of player's experience as they are what lurk below the surface. We found their development a really exciting component of our world building and grew increasingly more excited to share what we have been working on. But we had to hold off, as we didn't want to introduce our primary enemy type without a proper name. But finally after a gruelling brain storming session, we came up with a name we felt fits thematically. A species name that gets us excited. So without further ado, we present: The Ragna. 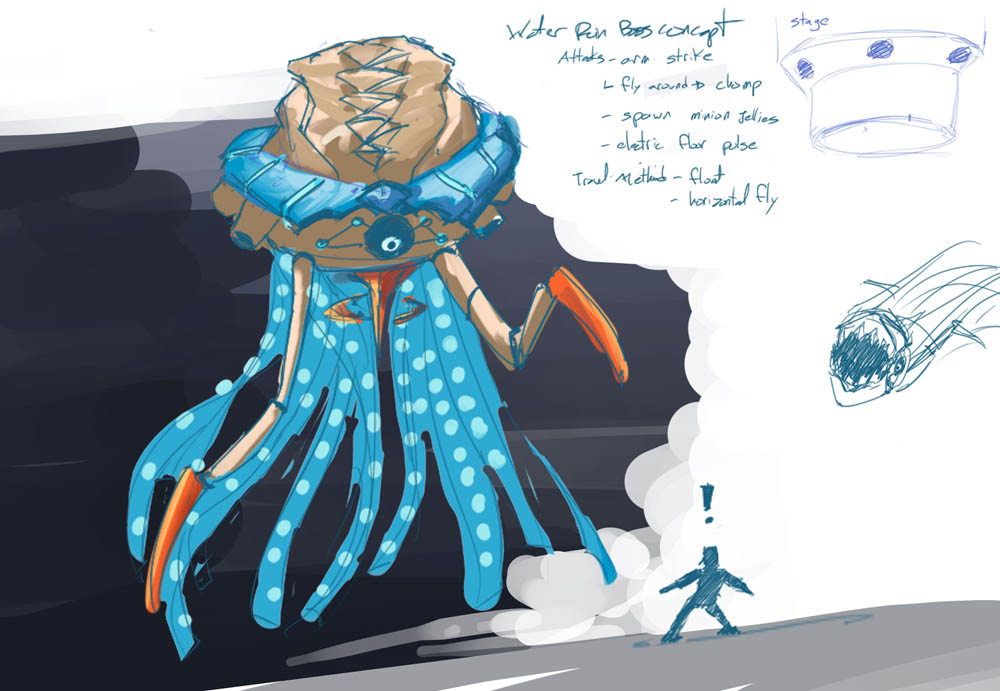 An initial concept piece for a boss Ragna

The Name
Ragna. We wanted a name that was short, simple, and catch (didn't sounds like a Latin genus name). It also had to feel alien as these are creatures that surface dweller's do not truly understand, and a name that felt ominous as these creatures literally inhabit an underworld.

Familial/Species wide features
From the get go we knew that the Ragna appearances would greatly vary in size and shape. But to unify the species we decided that they need to all share key identifying features. We looked at other franchises that had enemy types that were similar. So we began to research
Examples we looked to:

It is easy to see that each of these 3 series signature monster all share a distinct feature set that makes them instantly recognisable. (for the most part)

For the Ragna we decided on the following species identifiers: 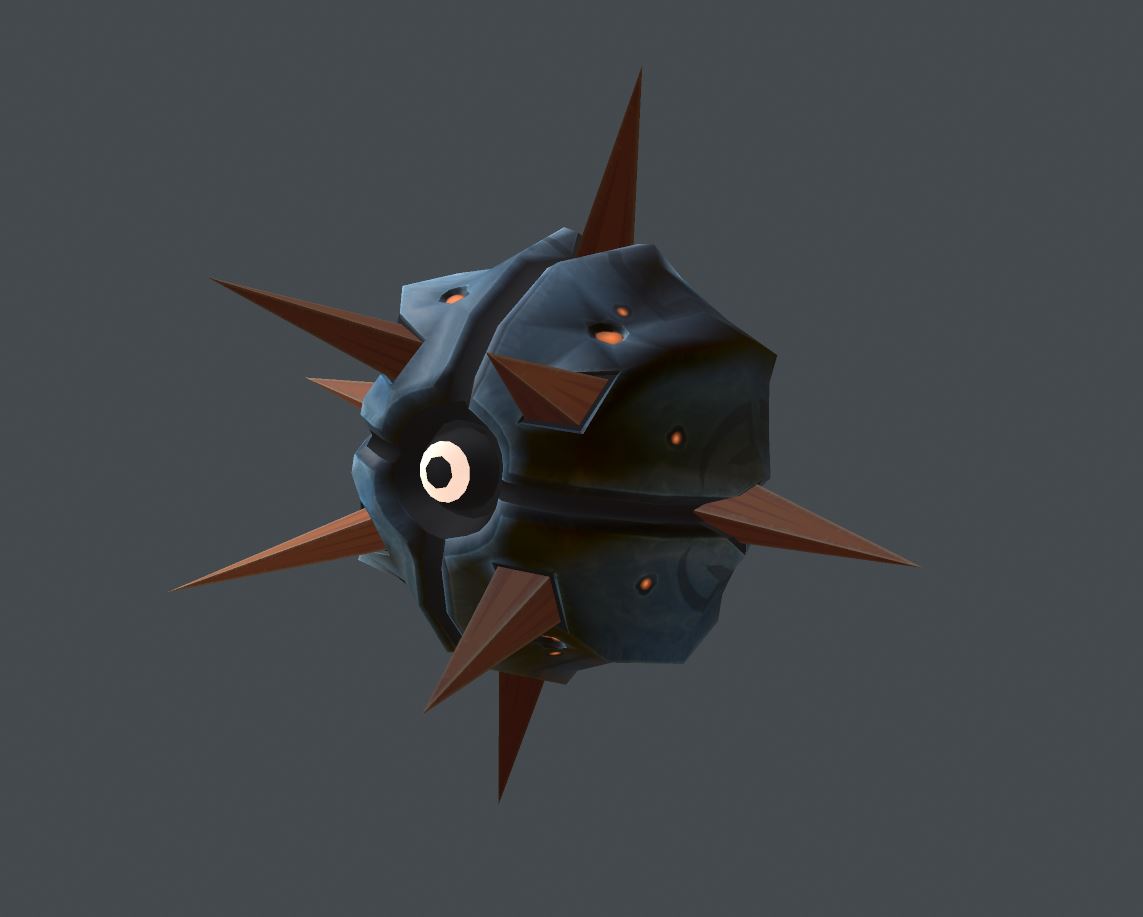 Real-time render of a basic ragna - we call this guy Fugu. Those spikes look sharp ;)

Its all in the eyes
Working as a form of classification we decided that ragna, could be classified into different tiers based on the number of eyes the creature possesses. Standard ragna would have 1, and boss ragna could have 2+. They eye count would denote in strength + intelligence, in essence its a threat level!

To differentiate threat level within a tier glowing nodes can often be spotted branching out from the eye socket. More nodes = more danger. 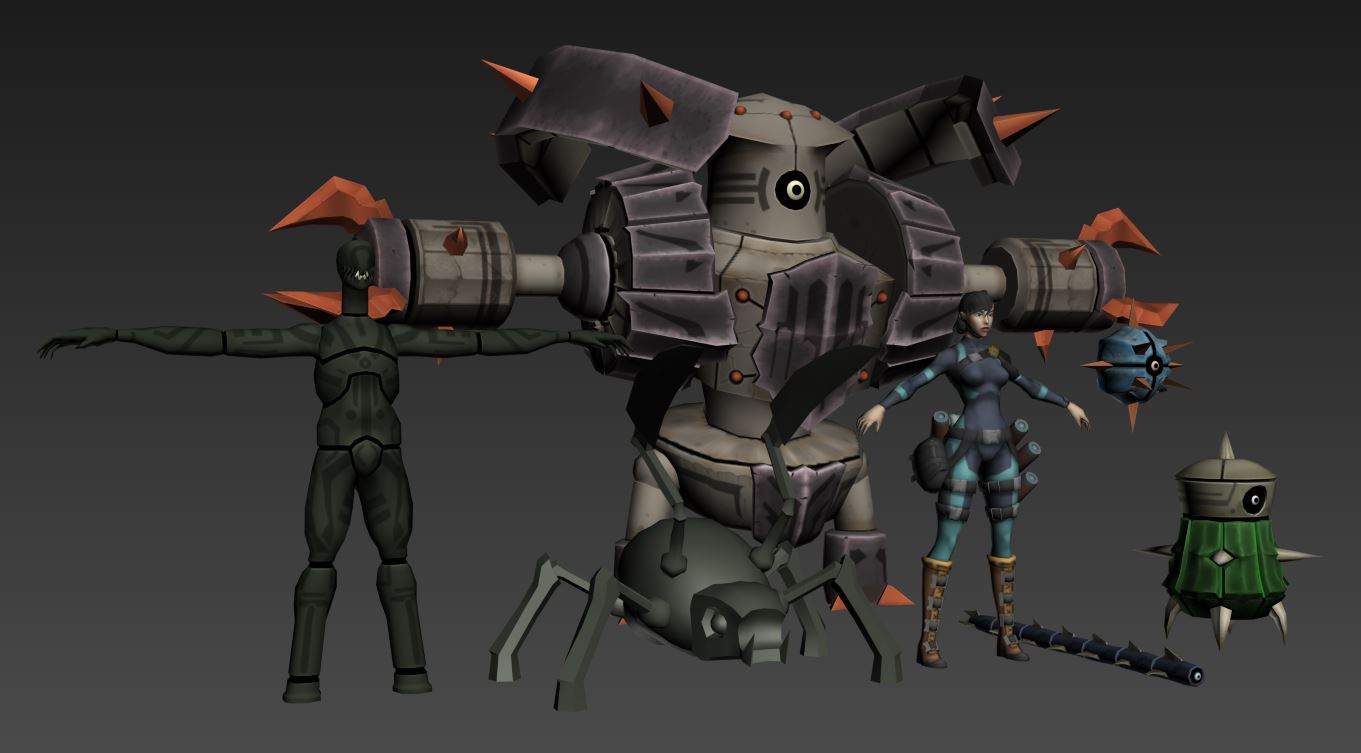 I hope you guys enjoyed learning a little bit more of the world and enemies of Project Grand Vault.

Thanks for the support! We will continue.